Sheer Spherical Kitchen: the circular island and the secret behind the shutter 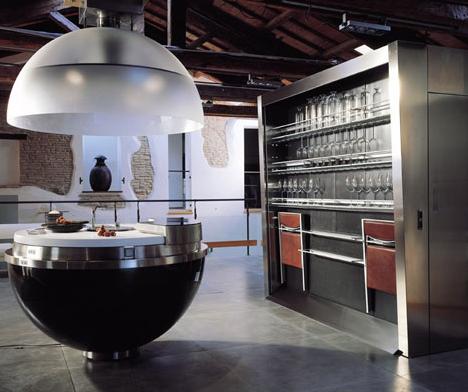 The Sheer Spherical Kitchen represents a new vision in kitchen design … This kitchen is completely self-contained and low maintenance. Some of you may already have a chance to admire it for its unusual design… This time, we’d like to re-introduce this Sheer Spherical Kitchen design concept from a functional point of view … You’ll be amazed to see how much kitchen appliance and accessories are stored under the upper half-sphere and behind the wall unit shutter… and how many functions each can perform. The two parts of the Sheer Kitchen, the circular island and the wall unit function in combination and both are controlled from the same remote control. While the spherical island is a definite attraction point, the wall unit is no less of innovation and magic. With a push of a button, both the upper-half sphere and the wall unit shutter rise up to reveal what’s hidden inside… When open, the upper half-sphere acts as both a vent and a lamp. The lower half-sphere has enough room for a circular worktop, a double sink, four burners including a natural lava stone burner, three bottles coolers, a pull-out table, multiple cooking accessories, two electric outlets for small appliances, and to hide two rolling trolleys that can rotate around the circular island. The wall unit contains the appliances including a refrigerator and an oven, cabinet space and storage, and it hides four folding chairs. When closed, the sphere functions as a lamp that produces a soft light. Sheer 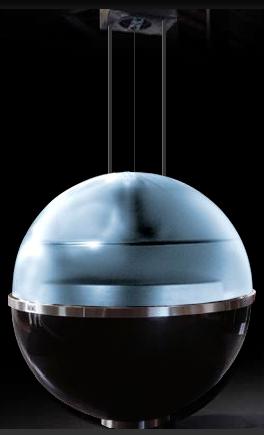 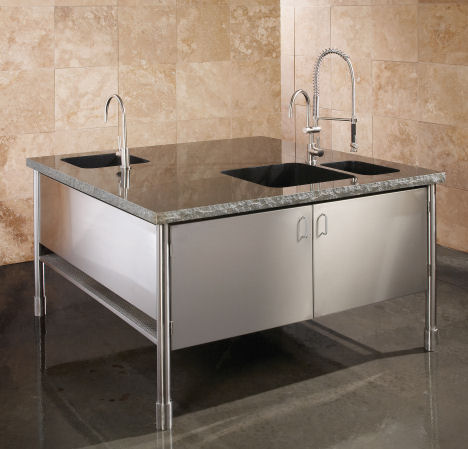 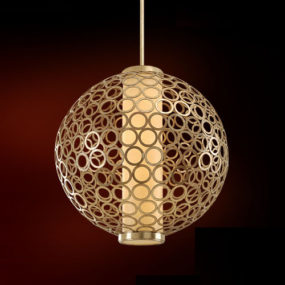 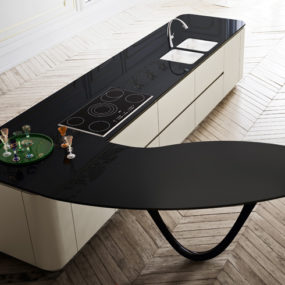 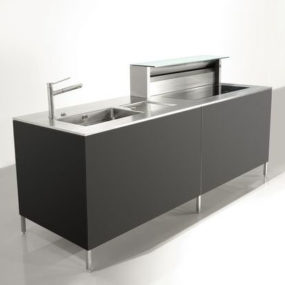 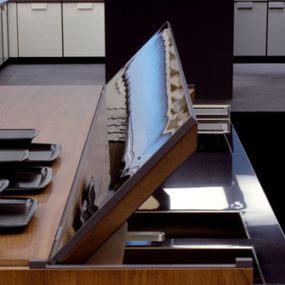 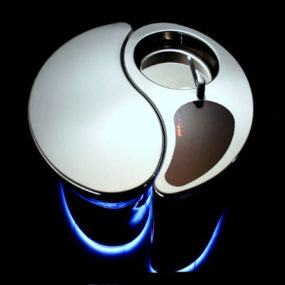 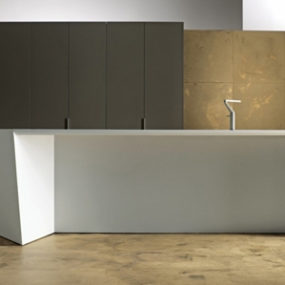