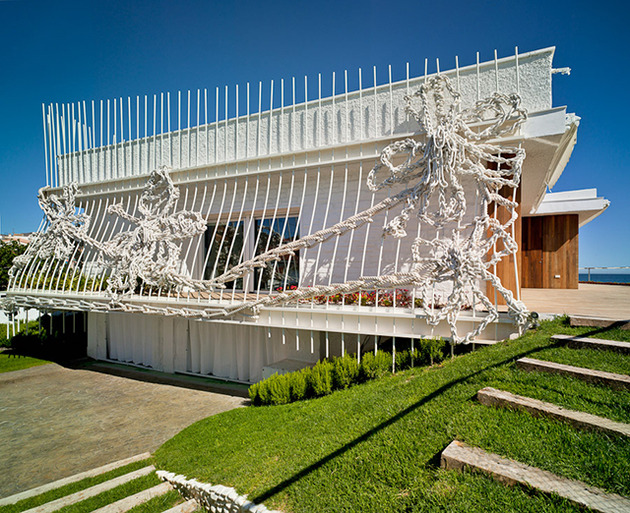 This once ordinary seaside house on the Spanish coast has undergone a serious face lift. The authors of this less ordinary transformation, Spanish firm Xpiral, were commissioned the work by the new owners, a French couple who liked to entertain. The first observations of the architects upon visiting the house were that the layout was not practical, the materials and fittings were obsolete and the orientation on the house did not take advantage of the possible views. With these elements in mind, they set out to transform the house radically into something artistically-chic. The most spectacular feature of the house is its facade, with its glass fiber pipes and the over-sized rope crochet. This result was obtained in three very distinct steps. The first one was to demolish the south facade of the house, thus opening it to the beautiful views of the surroundings and to the sun. Secondly, the house was painted white on the outside, a color that has the property of reflecting the rays of sun and regulating thus the temperature of he inside. The third step was putting the tubes in place and then crocheting the white rope around them. The interior of the house was also drastically transformed, but some of the textures of the existing building were integrated into the design. 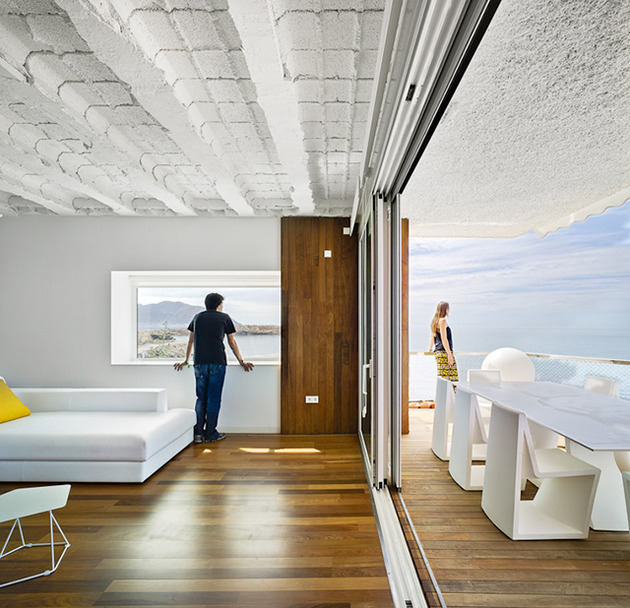 On the first floor, the living room opens towards the terrace through floor to ceiling sliding glass doors. The new layout allows for beautiful views from various places in the house. The structure of the ceiling is left exposed and painted white, while the wooden floor gets various shades of medium warm browns. 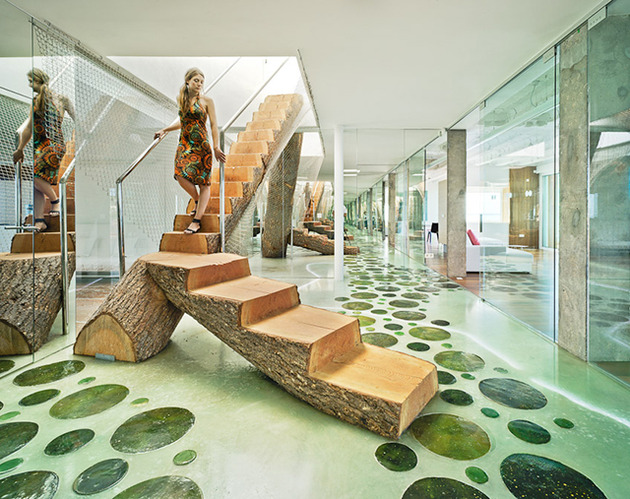 The extraordinary element of the inside is the stair, which has been carved out from an enormous log. The stairs lead down to a kaleidoscopic room full of mirrors that multiply its image infinitely. 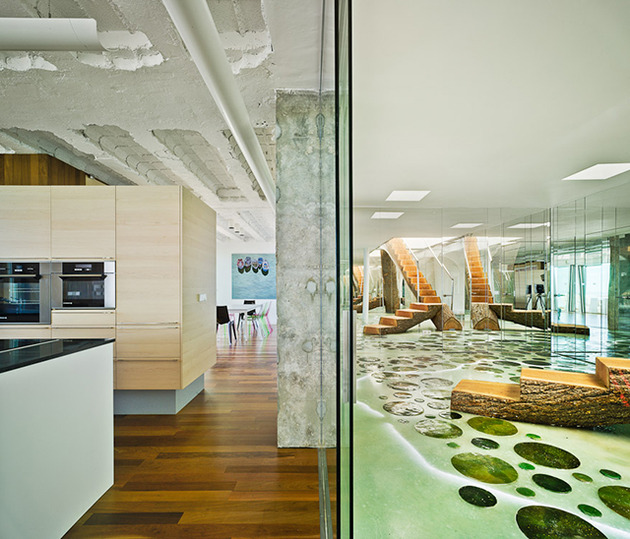 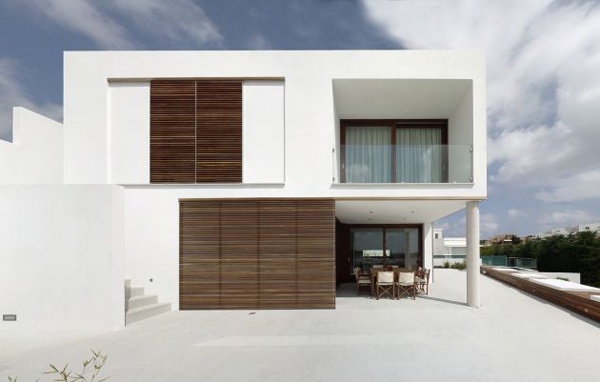 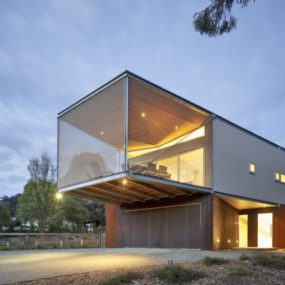 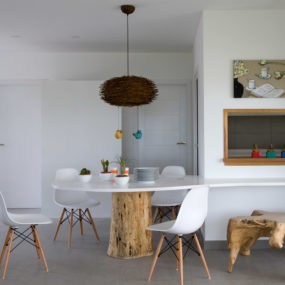 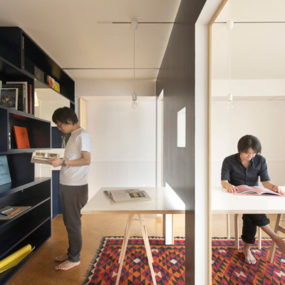 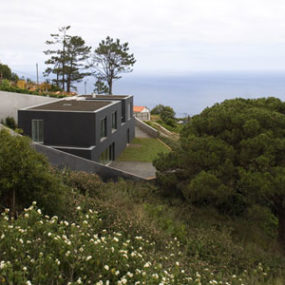 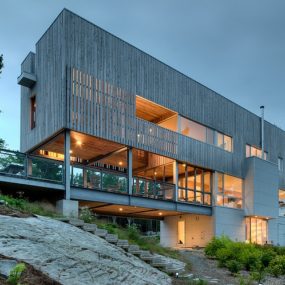