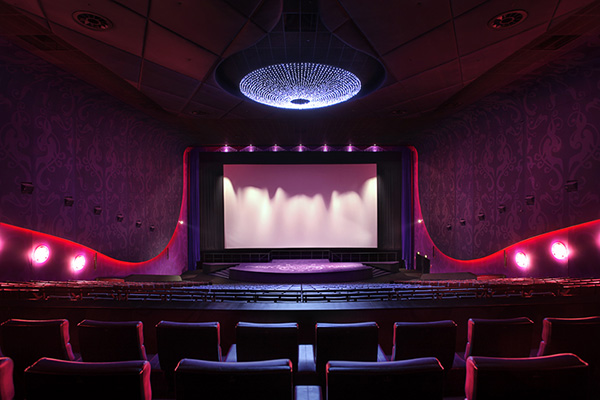 The Multikino company, a major Polish multiplex operator, has created the cinema experience of the future, in collaboration with Polish designer Robert Majkut. They have incorporated state-of-the-art equipment, including the “Martin Audio” sound system and the “Christie” digital projector, into a blend of ultramodern designs. It is the type of design one would expect to see in an animated or futuristic film, which makes it a fitting choice for the ultimate film-viewing experience.
<img alt="Robert Majkut Design studio" src="https://cdn.trendir.com/wp-content/uploads/old/ultra-modern/robert-majkut-design-studio.jpg" width="180" height="235" align="left" style="border: solid 0px #fff; margin-right: 10px;"
The colour scheme of the cinema rests on dark purple, black and red combinations that hint at luxury with an underground, jazzy quality. The premiere hall (seen above) houses 777 seats and a breathtaking 6-meter chandelier in LED technology. Neon pink lights snake along the purple sides of the theatre, adding to the surrealism of the space.
The purple scheme continues in the Velvet Bar – a VIP-zone with a long bar and stage for music performances. It remind us of a meeting place for supervillains with its dark allure, velvet padded walls and luxurious wing chairs.
The main hall, which provides access to the premiere hall, the seven other auditoria, and the other amenities, has more LED lighting, large silver pedestals and a definite space-station feel. It includes a lounge area with red velvet seating for patrons that await the beginning of their film.
The “35mm” music club is on the top floor of the entertainment complex, with a DJ booth, a bar and a restaurant. Its appeal is light an airy compared to the rest of the building, with white walls and decor, skylights, and egg chairs.
The Multikino Zlote Tarasy (Golden Terraces) is the largest and most spectacular cinema in Poland. 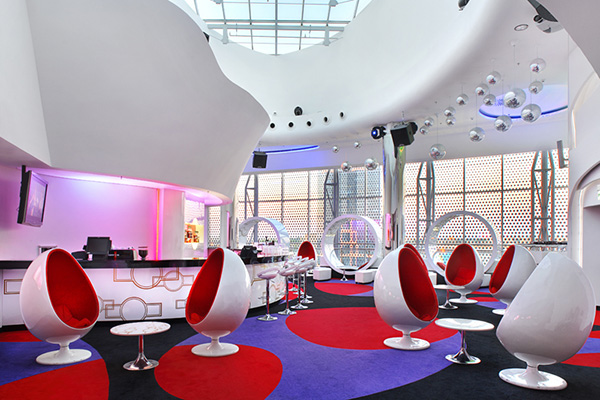 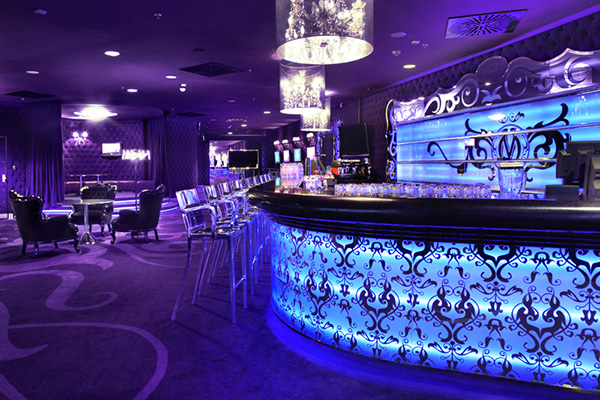 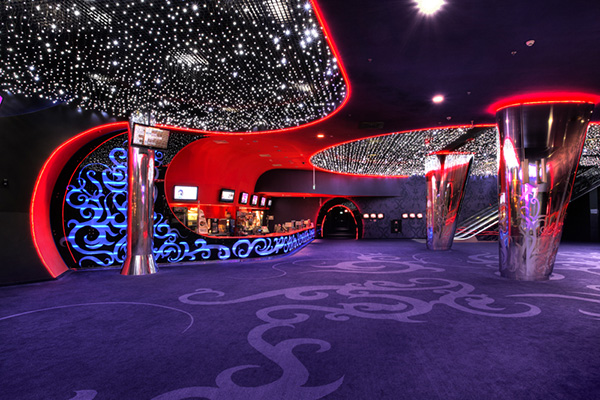 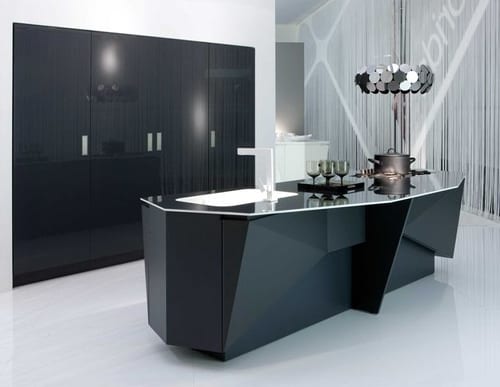 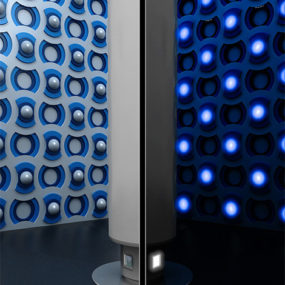 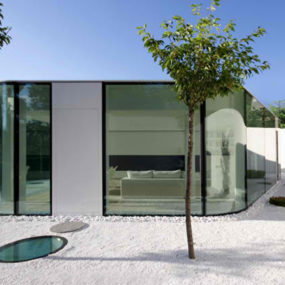 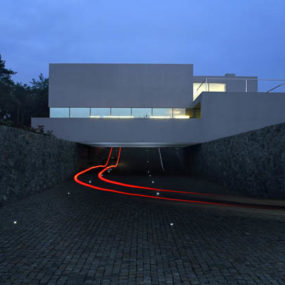 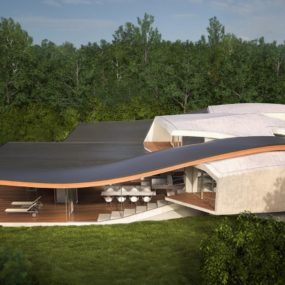 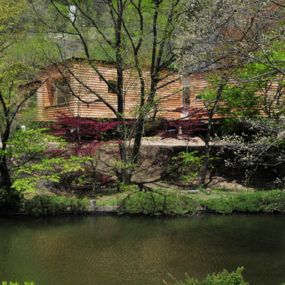 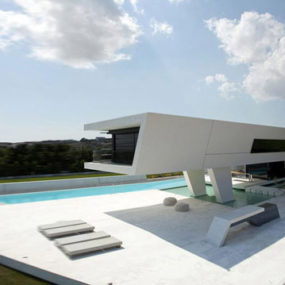