It’s the ultra modern epitome of cool – everything a contemporary loft should be. Designed by Graft Architects, Loft Gleimstrasse in Berlin, Germany was transformed from the traditional 19th century structure. This modern rooftop loft design is described by the architects as an “unfolded cocoon for an open mind,” with an “interplay between private and public spaces.” The layout is open-concept, with a kitchen, living room and bedroom designed for socialization. Meanwhile hidden from view, functional spaces for storage, beds and sofas, closets and staircases are built into a sculptural wall which the architects call a “mega form” that defines the loft’s various areas with a cave-like quality. One thing this modern loft has in common with most houses, old and new – the kitchen is the hub of the home. This kitchen is finished in high-quality concrete plaster, appearing as though it was carved from a single block. Folding windows and doors open onto two 13-meter balconies, bringing the outdoors in. Graft Architects
Photo Credit: Jan Bitter
via Digs Digs 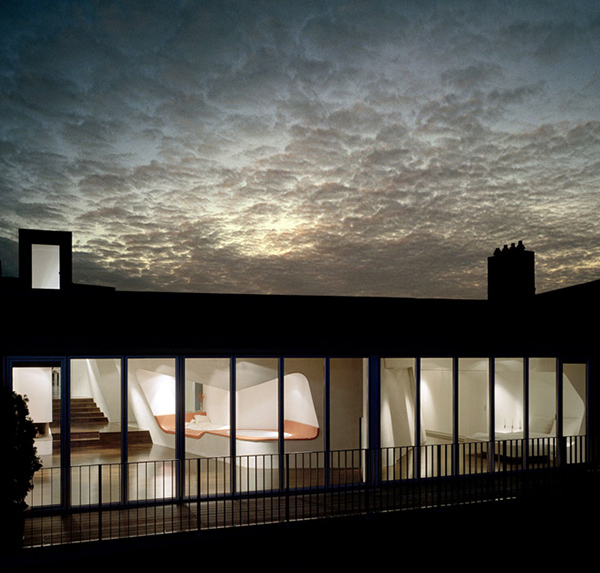 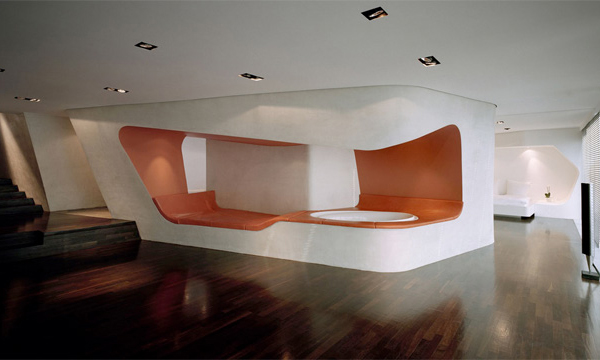 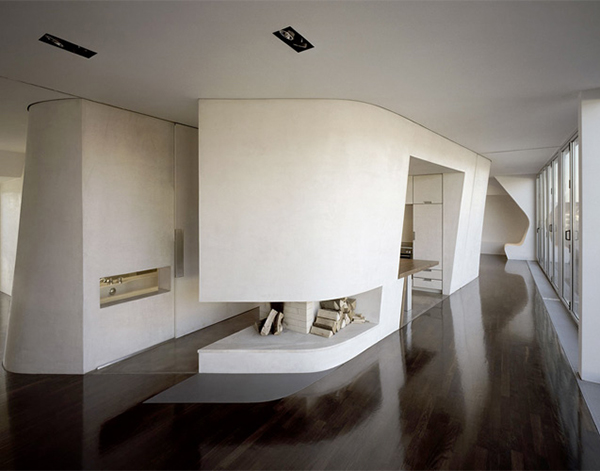 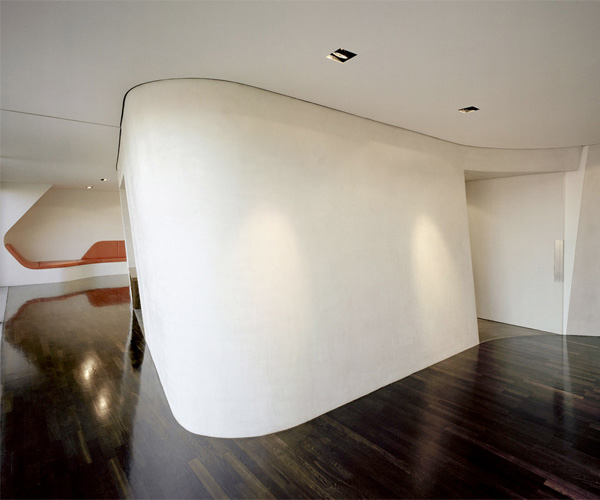 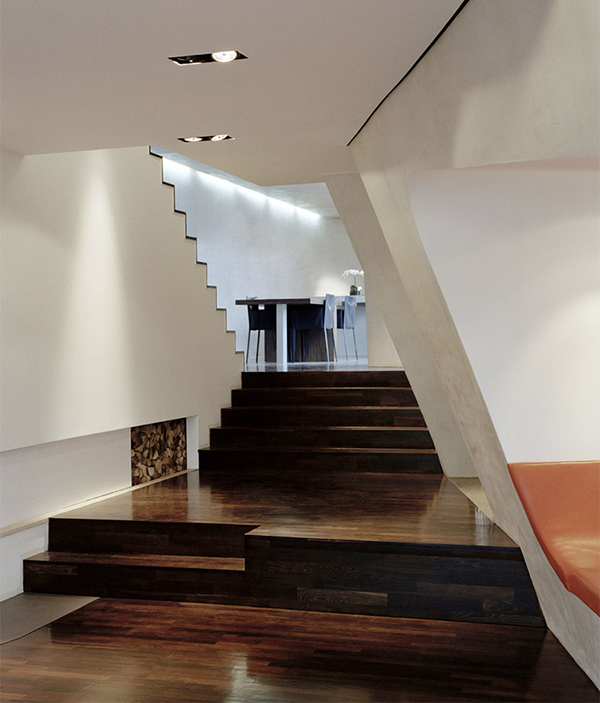 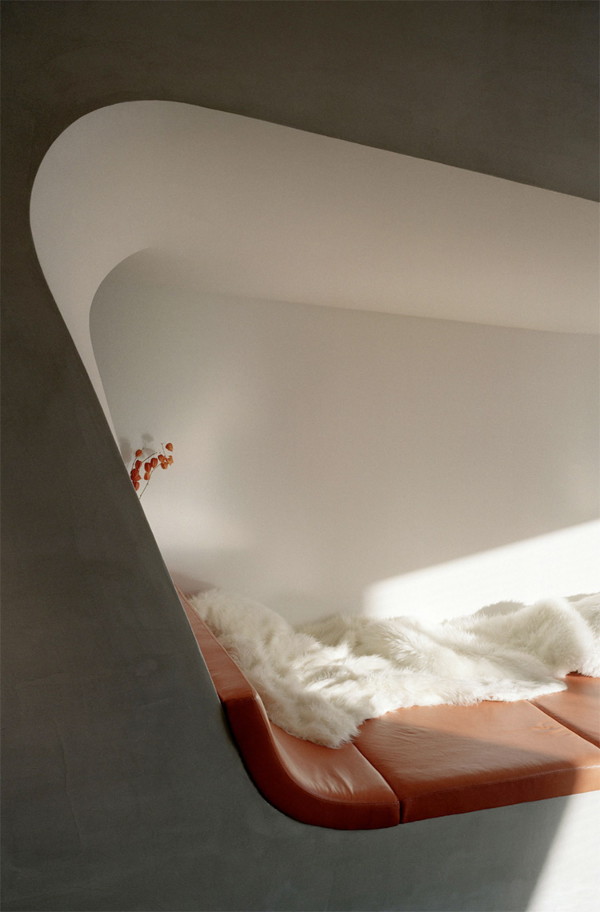 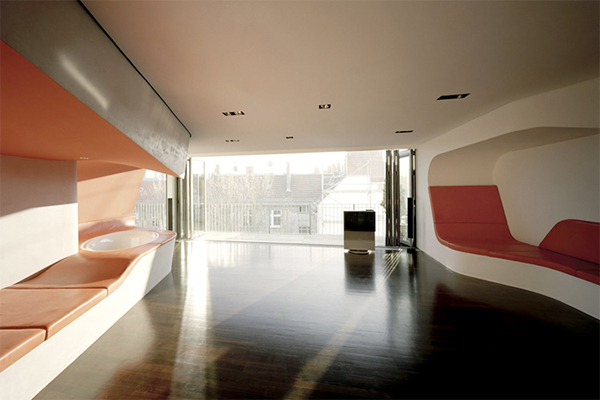 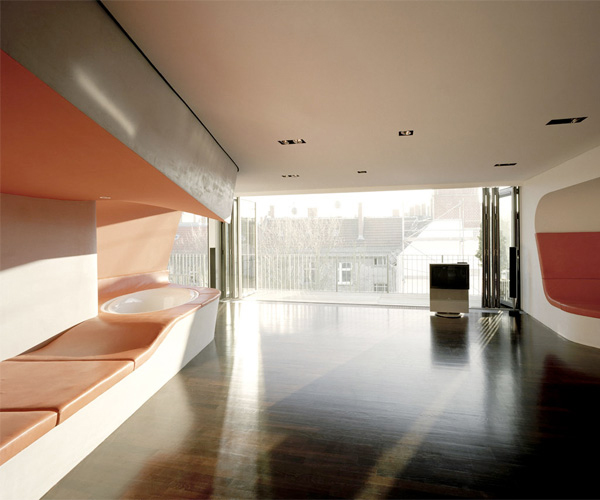 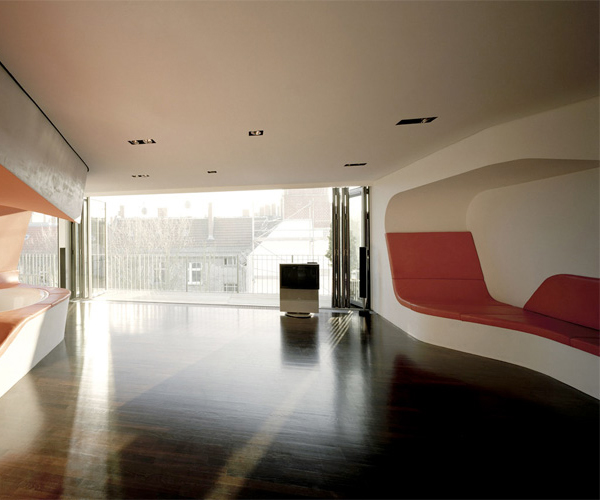 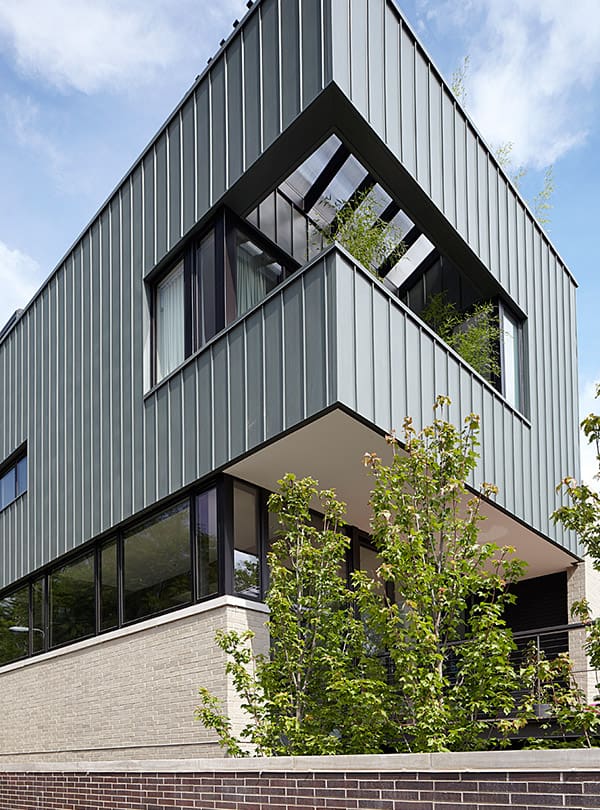 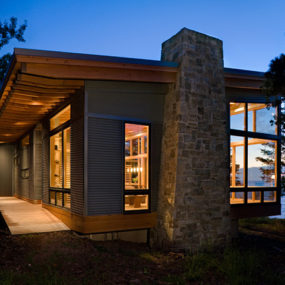 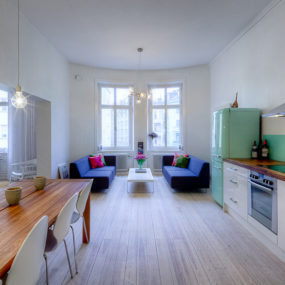