This cool house in Copenhagen has taken an unusual turn, to say the least. Denmark architects MLRP combined an unlikely pair – traditional charred timber boards, not unlike something you’d find cladding a barn or farmhouse, with funhouse mirrors resulting in this interesting home that draws a crowd of architecture aficionados, passersby and kids who frequent this urban playground. 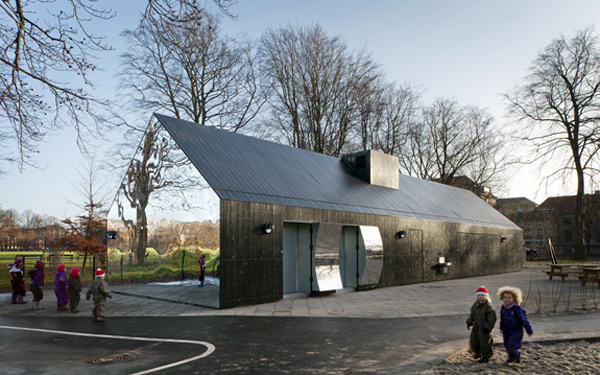 Once an eyesore covered in graffiti, the old, undistinguished structure was redesigned and revived with mirror wall panels as part of the new Interactive Playground Project. The Danish American architecture firm calls this “a play with perspective, reflection and transformation.” 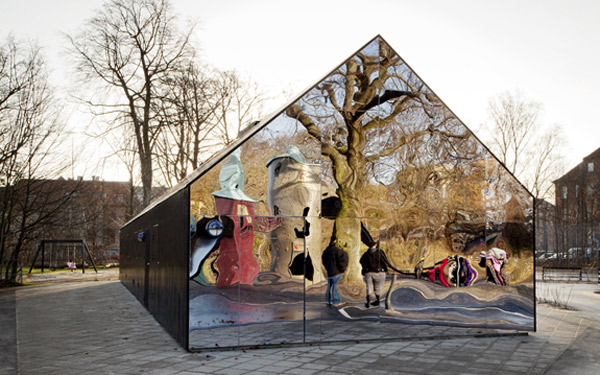 Each end of the home features a mirrored facade, reflecting nature, trees and children running and playing. 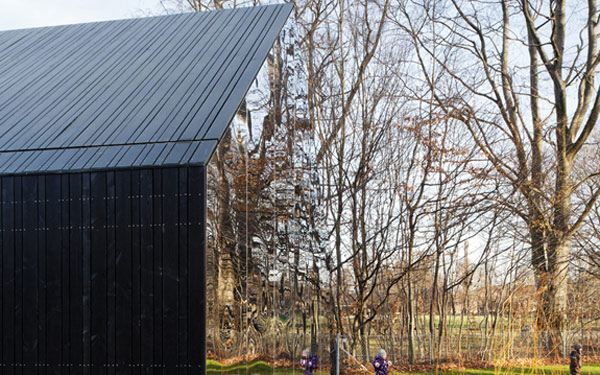 But this playful material also makes an appearance in concave and convex form, mounted on the backs of the doors, which swing open to create an outdoor mirrored passageway. 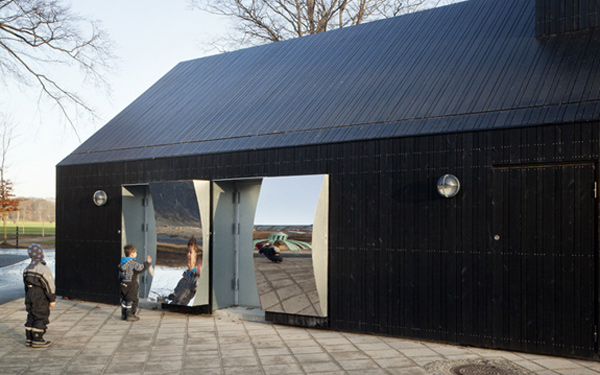 We love the bold, dare we say risky decision to combine such a traditional material with modern mirrors – something so unconventional and unexpected, but indeed the result was worth the gamble. After all, playing it safe has never made for groundbreaking architectural design! “We are inspired by the site and surroundings, we always push the design until the ultimate solution is achieved,” say MLRP’s founding partners Mads Lund and Robert Paulsen. Though simple, they have managed to utterly transform this existing structure into something truly spectacular. 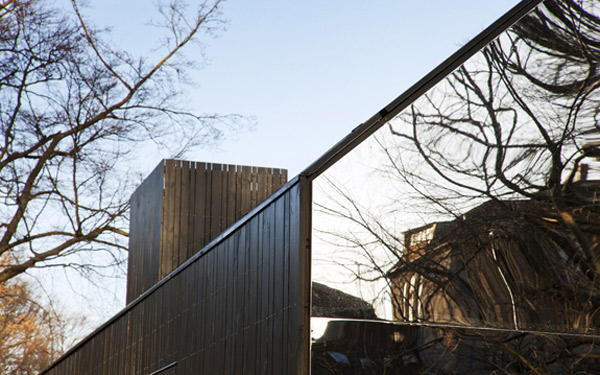 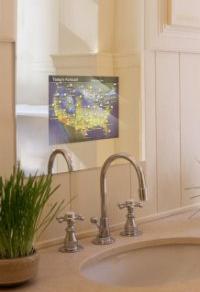 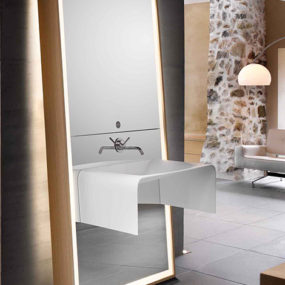 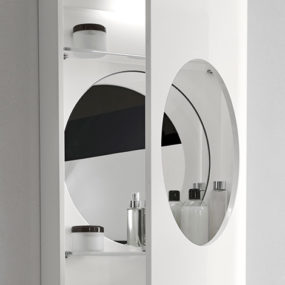 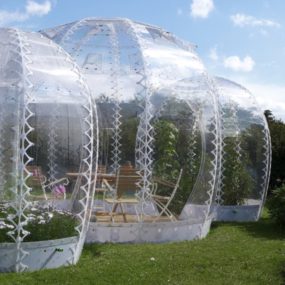 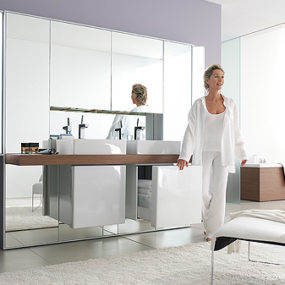 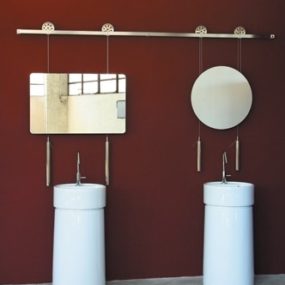 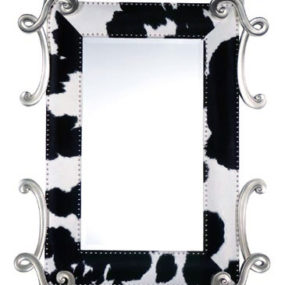