Lumicor – a Beach Grass in a Plastic Sandwich 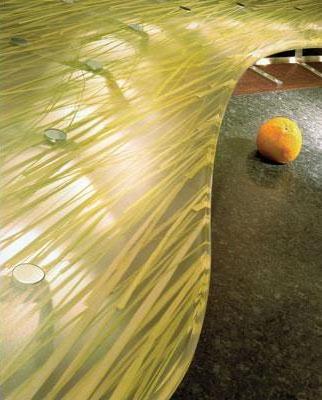 Lumicor is an entirely new line of solid surface materials that, we believe, is gaining popularity as we speak. Lumicor is easy to get exciting about thanks to its very appealing concept – take grass, metal mesh, even a wood veneer and mold it inside of clear resin (high performance engineering resin like acrylic or PETG) that is as durable as Corian and can be used in horizontal or vertical application and even bended. The resulting applications are countless – Lumicor can be used in countertops, windows, showers, doors, art, furniture, partition walls, light fixtures, ceiling tiles, signs, shelving, even vessels and marker boards.
Lumicor can sandwich a range of materials, including fabric, metal, wood, and foliage.
Look at this countertop … The imbedded beach grass gives it an organic look and casual, natural feel. It’s glowing from a light that comes from above and below.
Lumicor

Interesting Facts about Lumicor:
– Lumicor products are eco-friendly – all decors are available in R4™ recycled resin.
– It’s available in countless textures (matte and high-gloss to name a few).
– It’s translucent.
– A Lumicor made with acrylic resin will block UV rays with up to 98% efficiency… so it won’t turn yellow over time.
– It has greater impact resistance than all types of glass.
– It’s half the weight of glass.
– You can glue panels together.
– Lumicor panels are available in variety of gauges (in inches/mm): 1/16″(1.5mm), 1/8″(3.0mm), 3/16″(4.5mm), 1/4″(6mm), 3/8″(9mm), 1/2″(12mm), 5/8″(15mm), 3/4″(18mm), 1″(24mm)
– Depending on finish type, its surface can be renewed – it can be polished (just as Corian) to remove scratches on a matte or high gloss finish panels.
– It can be used in place of glass, plastic, solid surface materials like Corian, high-pressure laminate and wood.
– It’s easy to fabricate with common woodworking tools and techniques: it can be cut, drilled, routed, bonded, sanded and thermoformed.
Read how newlywed homeowners installing Lumicor Inserts in Cabinet Doors…
Here are some examples of Lumicor applications: 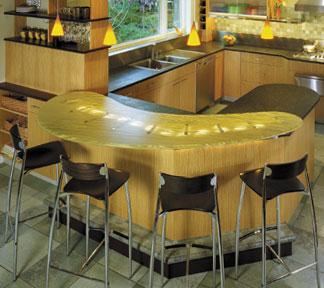 More on the countertop use… 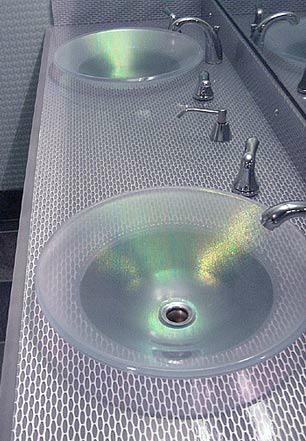 Vessels, bathroom cabinet top and backsplash made of Lumicor. 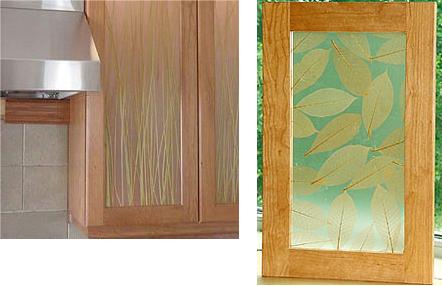 Kitchen cabinet doors made in Botanical style
As shown below… a vase 13″ tall has been positioned in the picture to show scale and transparency. 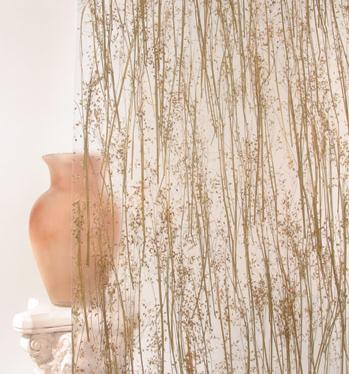 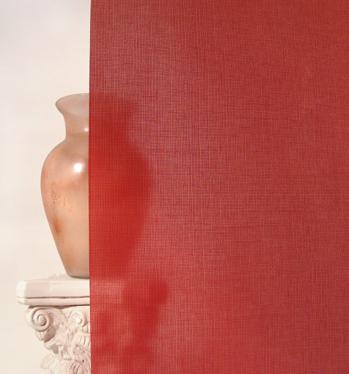 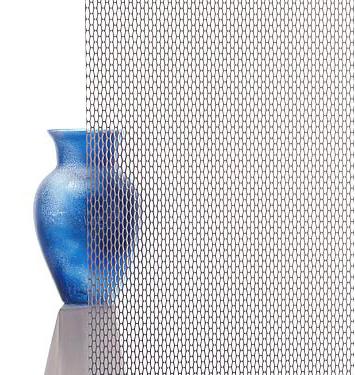 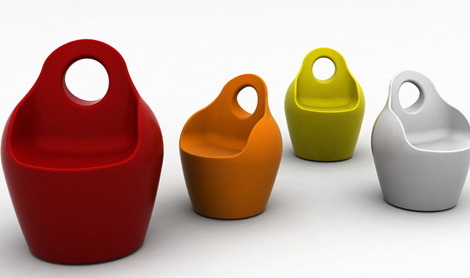 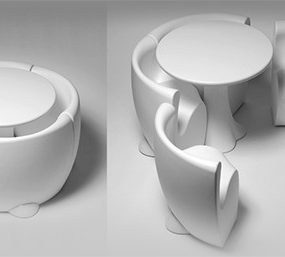 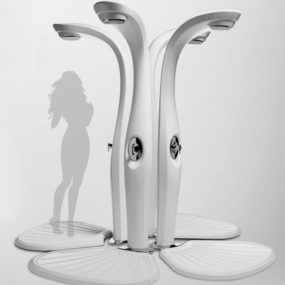 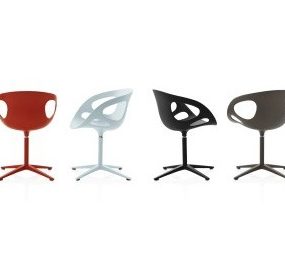 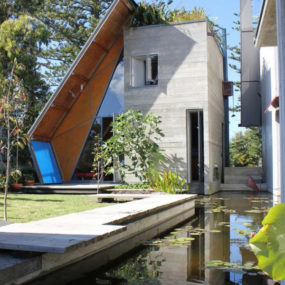 2 thoughts on “Lumicor – a Beach Grass in a Plastic Sandwich”