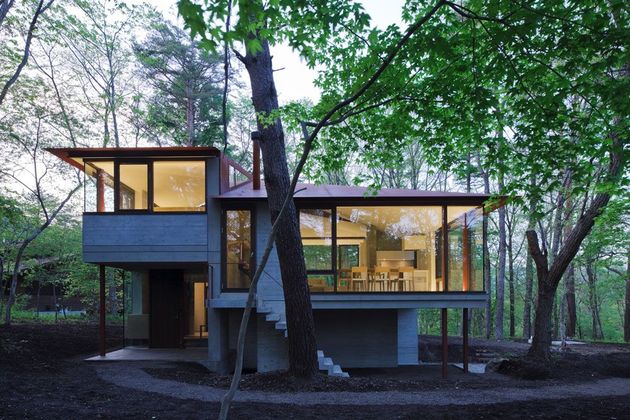 Villa in Nagano is located on a hilltop in one of the Karuizawa villa areas in Nagano, Japan and Cell Space Architects designed it to take advantage of the views on all four sides by wrapping four distinct zones around a central pillar and leaving the exterior facade wrapped in large portions of glass. The four zones are created by four distinct volumes, each at a different level and each with its own roofline but each is also connected by the central pillar and by a continuity in the roofline via various angles. 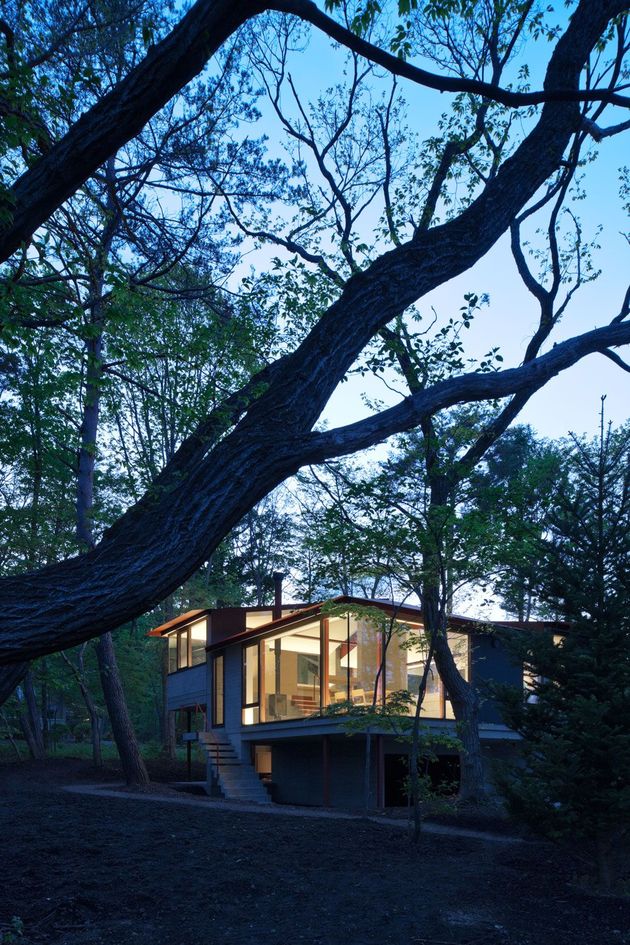 The land surrounding the home is filled with trees and the setting is quite beautiful, To allow the views to permeate the interior volumes, the architects cleared a space around the home, saving a few select trees for shade and serenity. 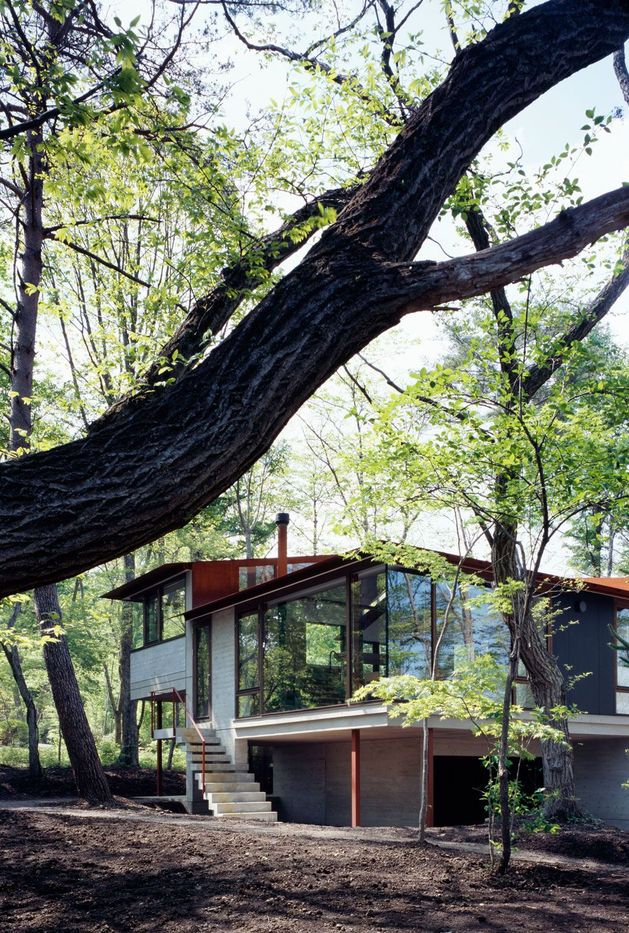 The trees are all deciduous and in the winter months, when the shade is not needed, the trees limbs take on a sculptural elegance. 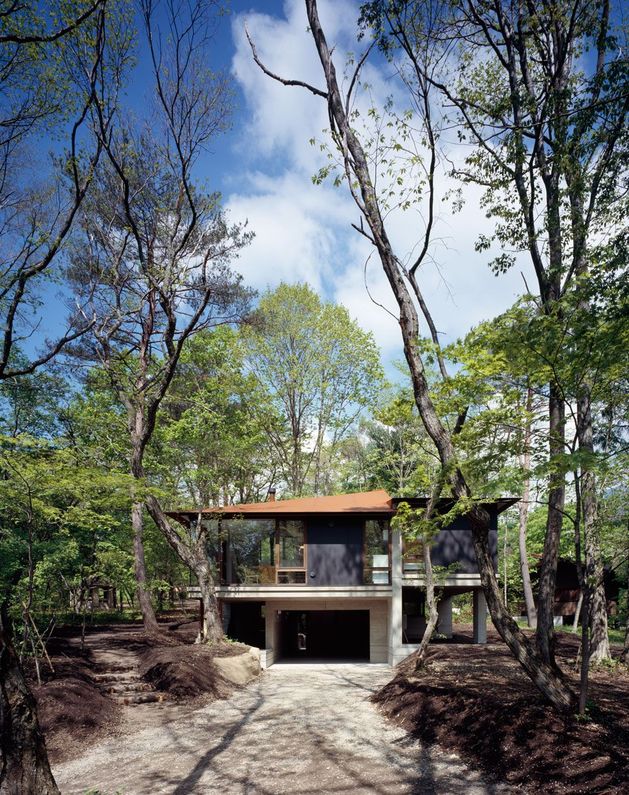 The first level of the home is the garage and the driveway up to it is cut into the landscape by several feet. 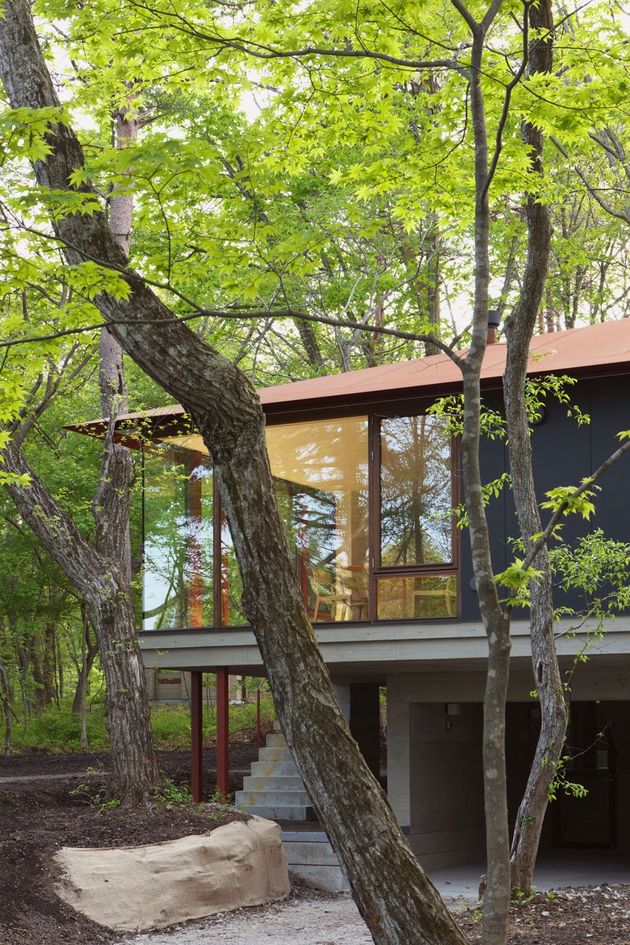 A walkway leads around the corner of the garage to a staircase which leads up to the social zone of the home. 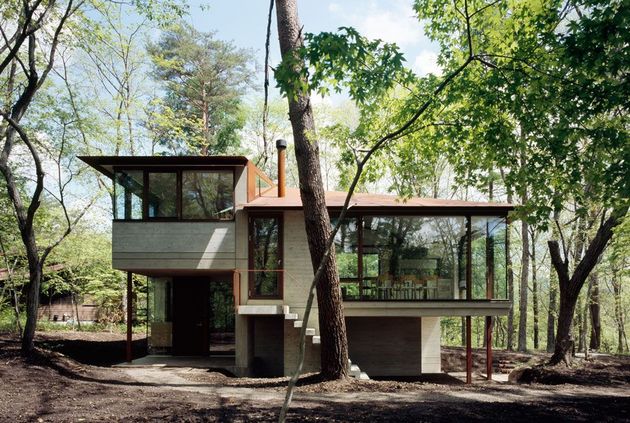 A doorway at the top of the steps enters into the living, dining and kitchen volume while a second door just past the steps and hidden in a covered void is the entrance to the bedroom. 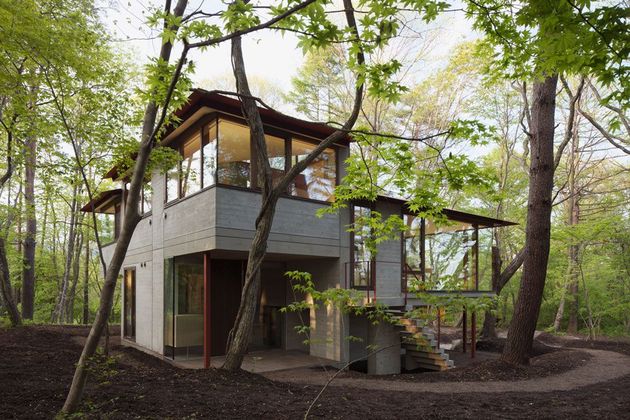 The bedroom has two entrances, one around the corner from the stairs and another at the back of the home. 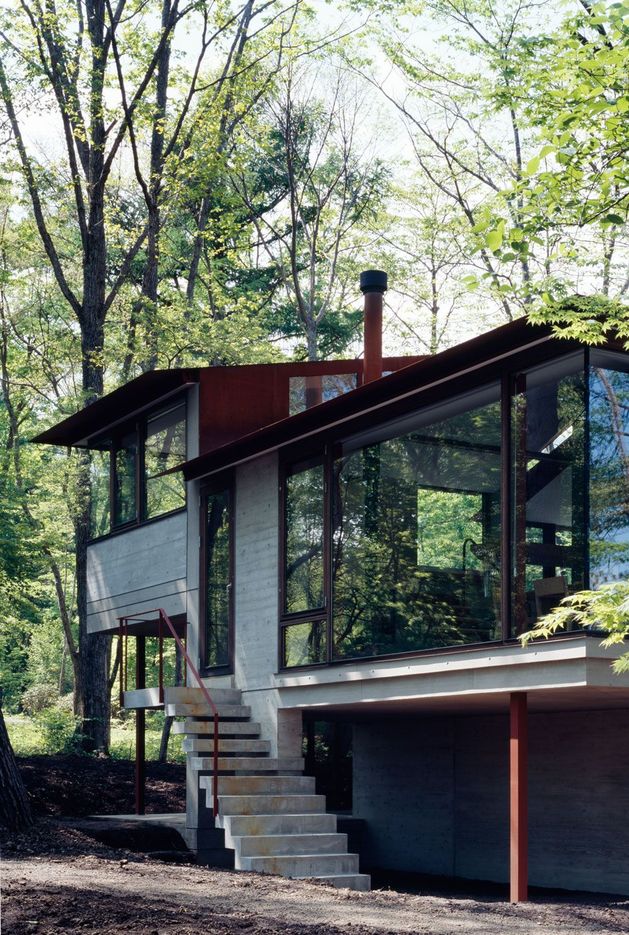 The bedroom is completely hidden from the main entrance and the social zone. 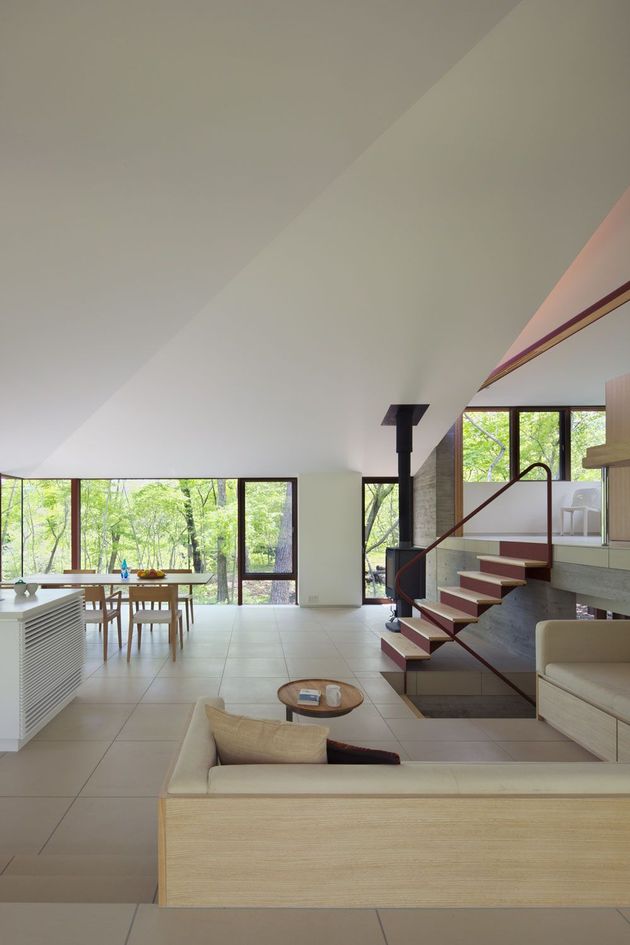 The stairs lead to a doorway just behind the fireplace. The social zone is a large open plan with the dining room nearest the door, then the kitchen and then the living room on the far end. 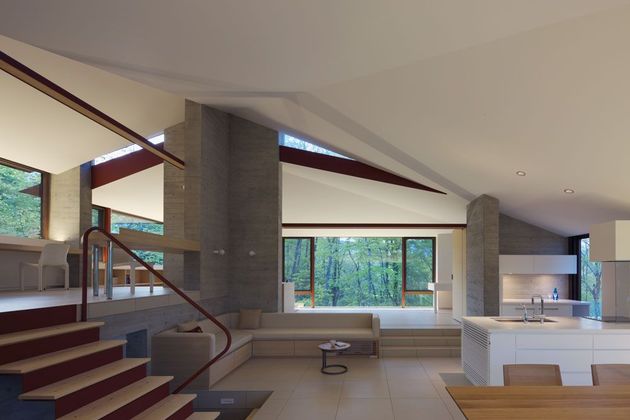 The living room is tucked into the central pillar and is beneath the highest point on the angled and faceted ceiling. Statically placed clerestory windows within the ceiling allow a peek-a-boo view of the sky while at the same time the glazings highlight the various divisions within the roofline. 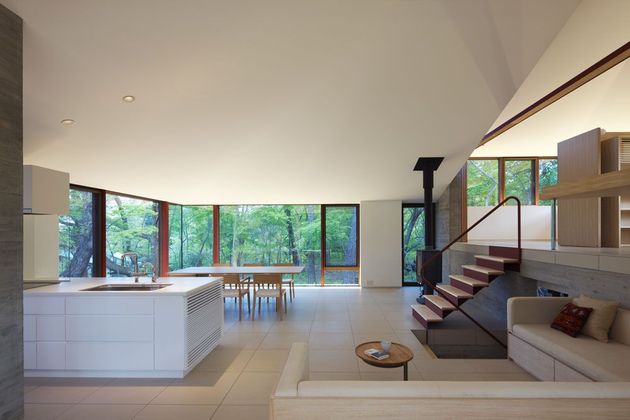 The flight of stairs next to the living area leads up to an office. 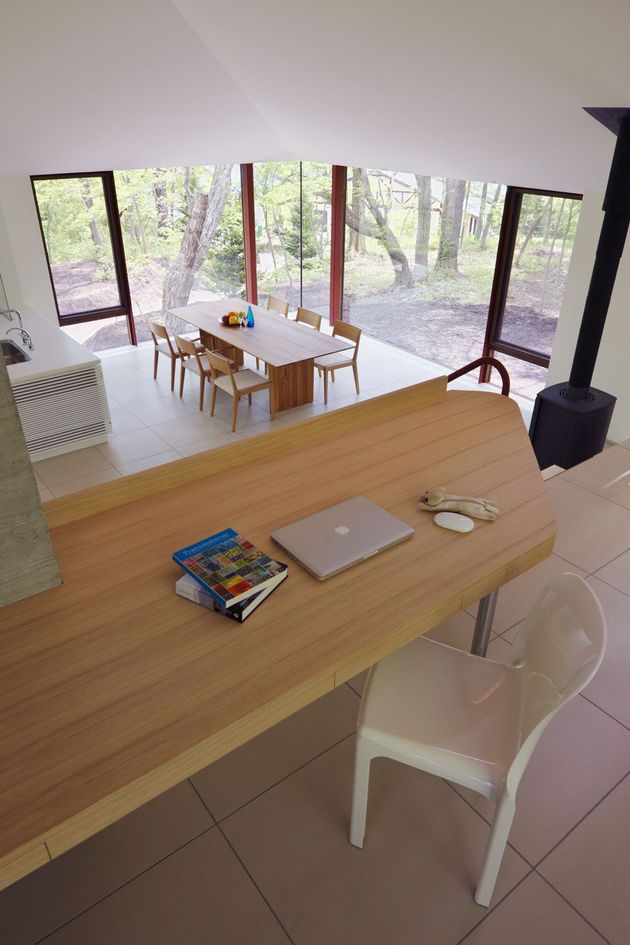 The office is designed with wrap around desk surface that overlook the landscape as well as the social zone below. 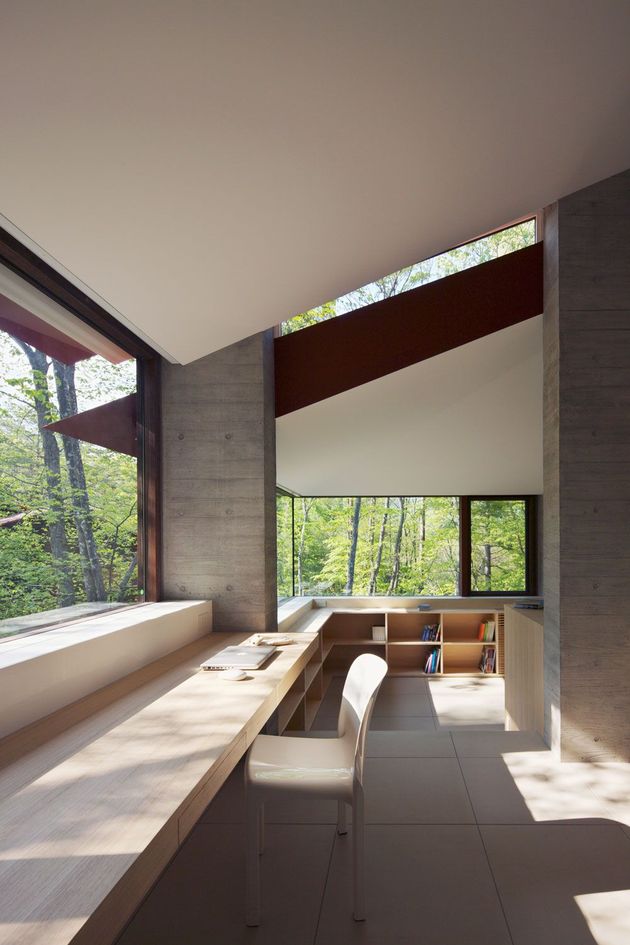 I’m not sure how much work I would get done with the spectacular forested views just outside. I think I would have to opt for the workspace overlooking the living space and not the view. 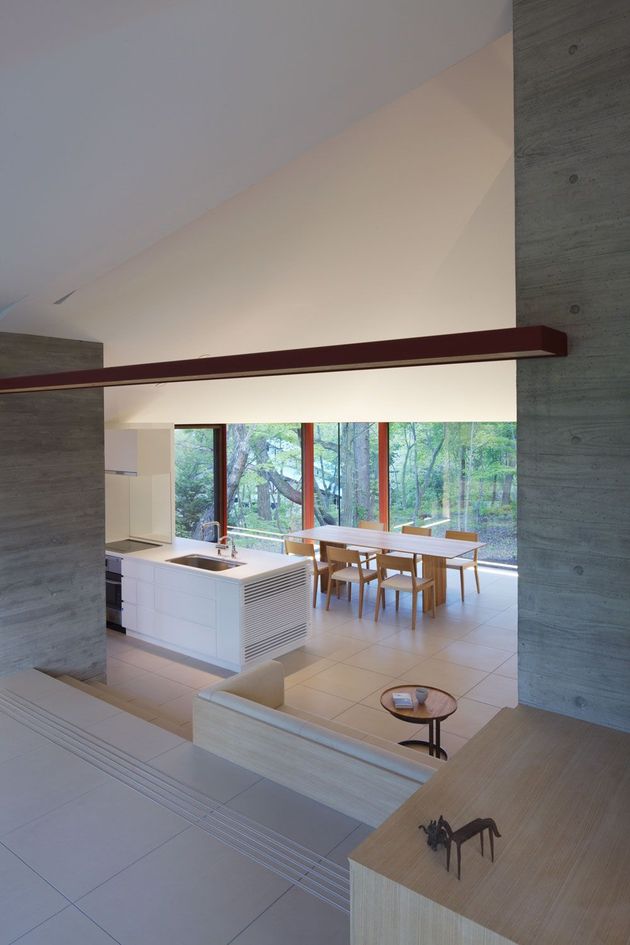 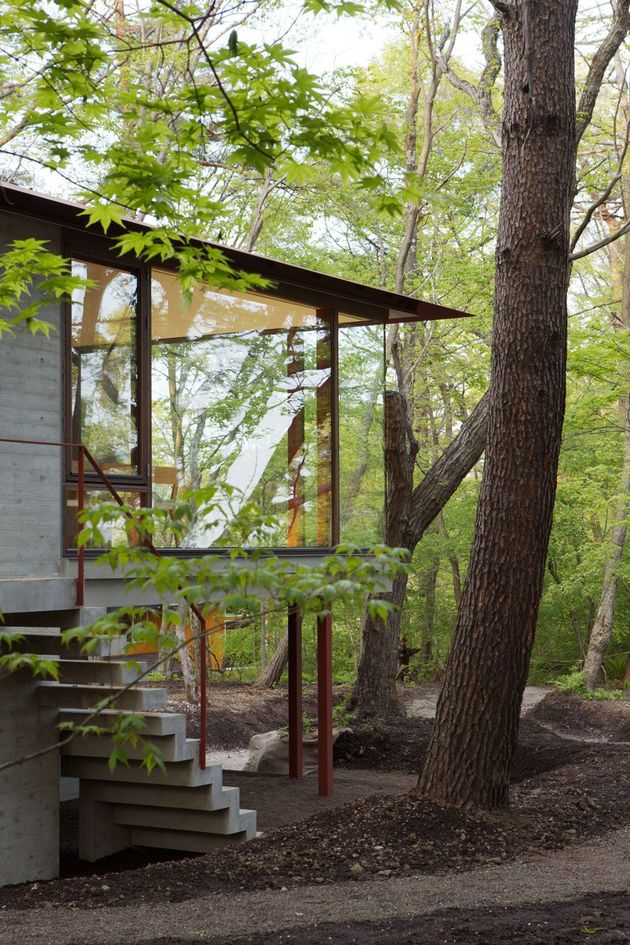 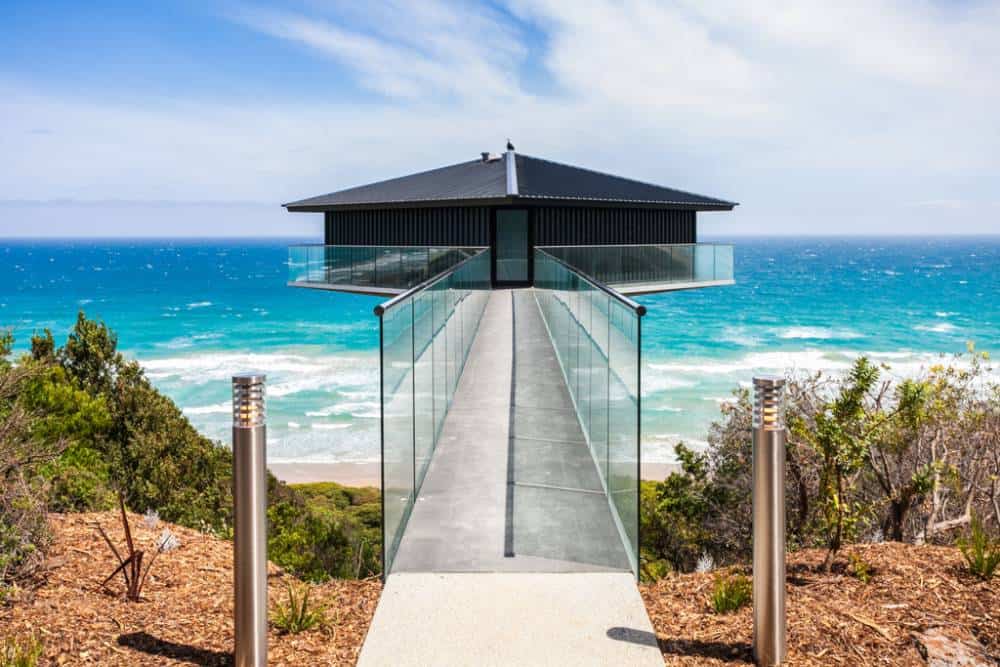 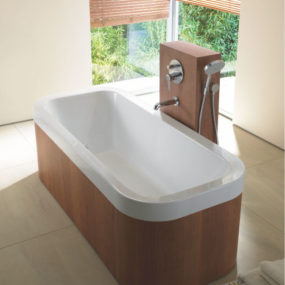 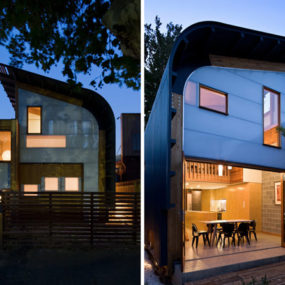 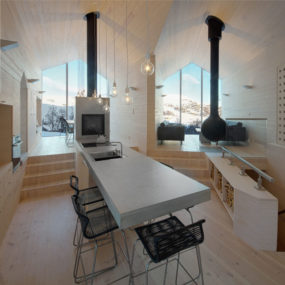 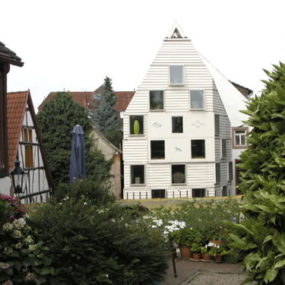 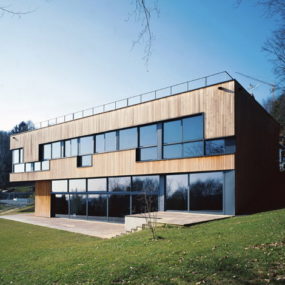