Does your idea of a dream home conjure up images of a subterranean refuge? Ditto, so we dug deep and unearthed these 5 Most Amazing Underground Houses that, in our humble opinion, have one up on the rest! And while convention often alludes to “bigger is better,” it’s not always the built-up homes that live up to the most discriminating tastes. Unique, beautiful and buried, these awesome underground homes are one of a kind, each with its own quirks and claim to fame. Whether mountainside or countryside, or tucked away somewhere in the urban jungle, all you have to do is look down – and scroll down! – to uncover these amazing architectural marvels: 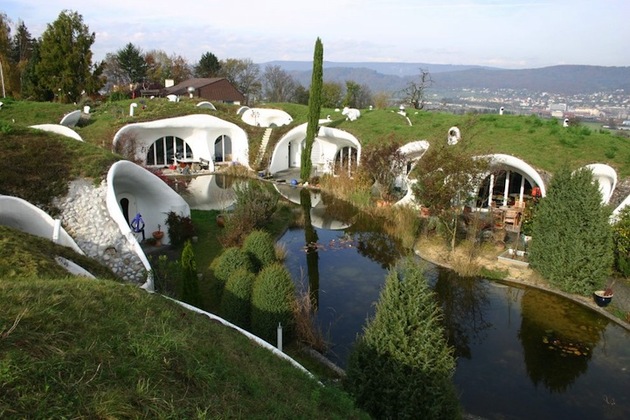 Houses Hidden in a Grassy Hillock
Clad in a blanket of grass among the rolling hills here in Switzerland, there is much more to these sunken shelters than meets the eye. Vetsch Architektur have lost us somewhere between the far off future and the distant past with these cave like homes, which we can only describe as whimsical and wonderful. Indeed, these structures look like they’ve leapt off the pages of a story book, but there is purpose behind the fantastic vision. These homes artfully incorporate aesthetics and smart insulation (maintaining the earth’s heat during the cool months and keeping things cool when it gets hot outside) while also offering protection from rain, wind and the wrath of Mother Nature. Now, that’s beauty and brains!
via Inhabitat 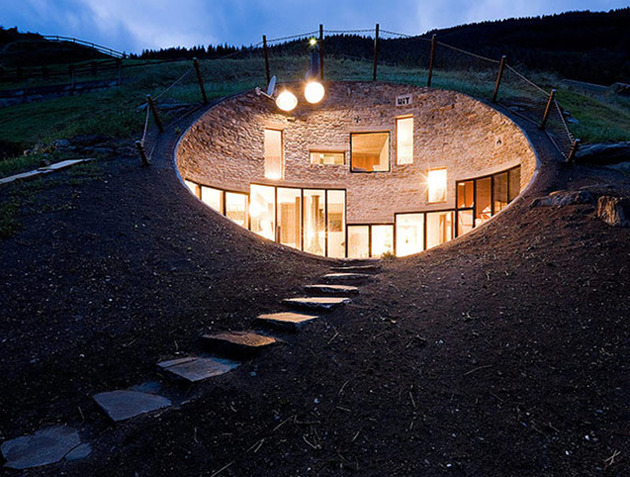 Swiss Mountain House Rocks!
Designed by SeARCH and Christian Muller Architects, this Swiss mountain house located in the village of Vals is set amidst a cluster of mountain dwellings and, if you don’t look carefully, you might miss it! This stone house boasts a majestic Alpine view through a wide, elliptical opening in the hillside, revealing spacious outdoor entertaining areas that lead to the home’s main entrance. Alternately, a nearby barn structure houses an alternate entrance into the house, taking residents and guests through an underground pathway to the circular landmark. By night, illuminated interiors glow in this raw, rocky setting. 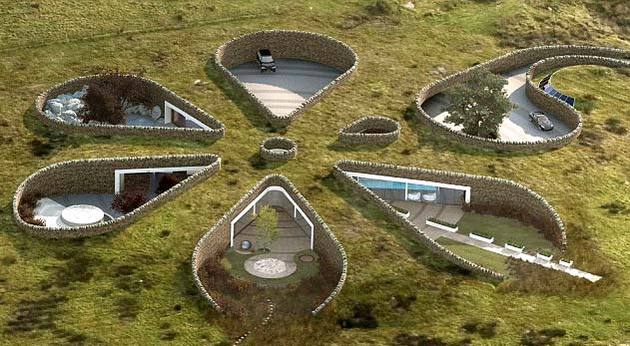 Underground Eco Home Blends Into the Earth
The UK’s Make Architects designed this underground zero carbon house for eco enthusiast Gary Neville of British football fame. The sprawling, 8,000 sq. ft. subterranean structure is completely concealed by the hillside, but for its artful outdoor entertaining areas, forming flower petals housing areas to eat, relax, entertain, work and play, all focused around a central kitchen. Aesthetically inviting and inspiring, the house was also designed to minimize impact on its surroundings while also doing its part to protect the environment.
via Inhabitat 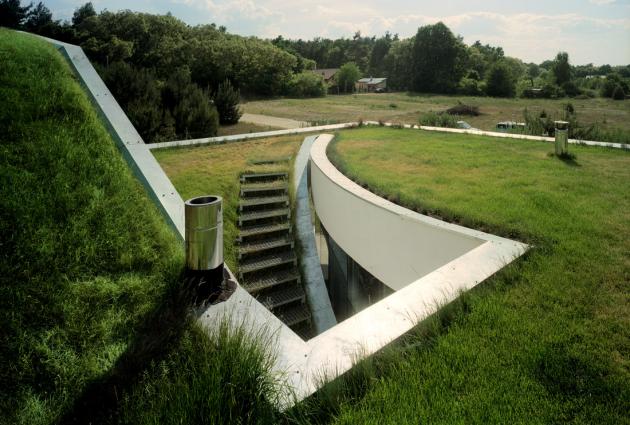 Underground House by Polish Architecture Firm
Carved into the earth and concealed beneath a lush layer of grass, OUTrial House by the architects at KWK Promes reveals a secret in this quiet country field in Ksiazenice, Poland. An atrium was “sliced” into the structure, opening it up to the sky while keeping the guts of the home underground. But perhaps most interesting feature about this unique design is that the landscaped roof is only accessible from inside the house, by ascending the grass-covered stairs. When viewed from certain angles, you can barely see this hidden home at all! 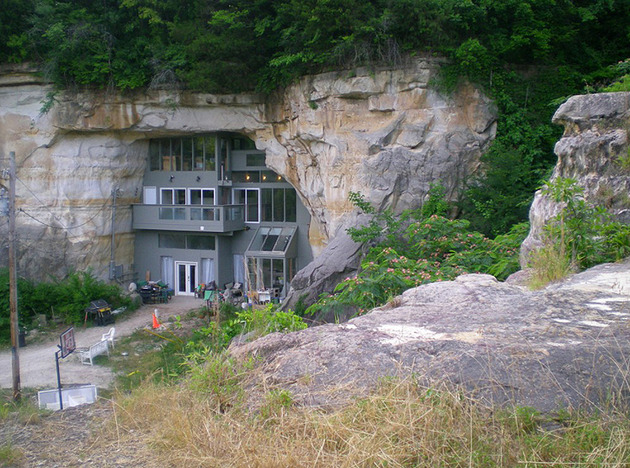 Cave House Carved into the Mountains
The sandstone mountains of Festus, Missouri, are the home to this sprawling cave house carved into these jagged cliffs. It’s an unlikely home with an unlikely story – as originally reported by the New York Times, the homeowners found an eBay listing the sale of three acres of land in a former quarry. Rather than building on the site, the family decided to move right in – into the cave, that is. Like the raw, rocky facade, interiors are sandy, stony and rough, maintaining the mountain’s organic appeal as well as its natural thermal qualities.
via Arch Daily 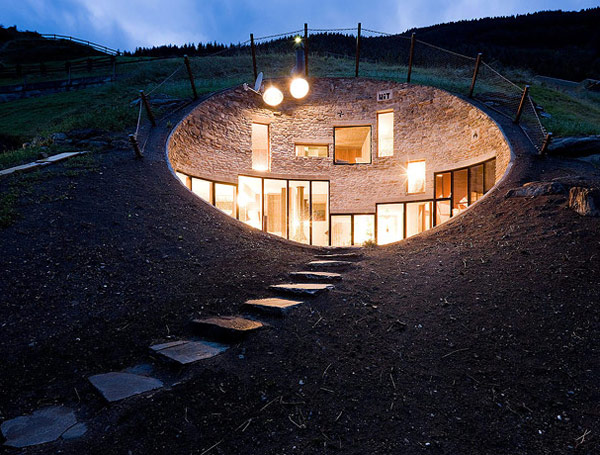 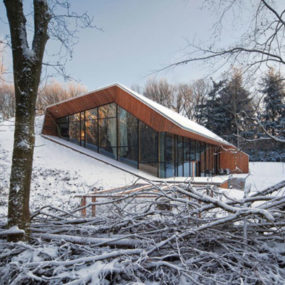