The Coolest Shower Ever Designed
Here’s the simple walk-in shower design example and here’s the dual-shower installation for the coolest setup, in this BBS Panel home.

The Most Chic Shower Setup
This is Fontana Bench shower-tub by Flaminia. The shower curtain and suspended curtain rail are also from Flaminia. 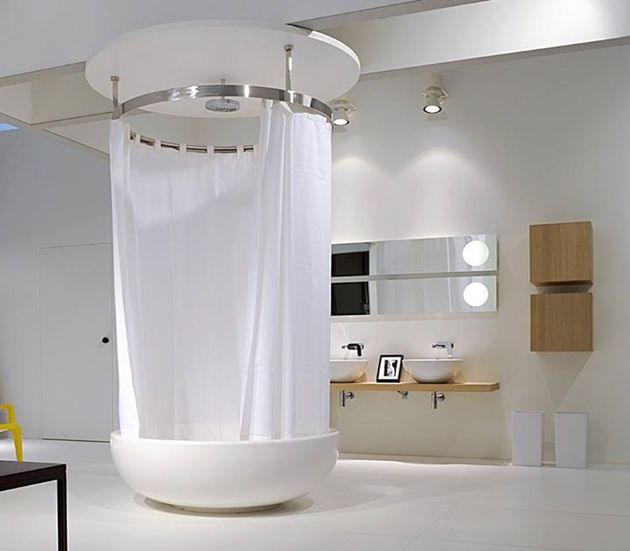 The Most Useful Rain Shower Heads
Ritmonio Bougies shower heads are designed to unleash rain and to store your showering essentials, and even to have a candlelight shower. 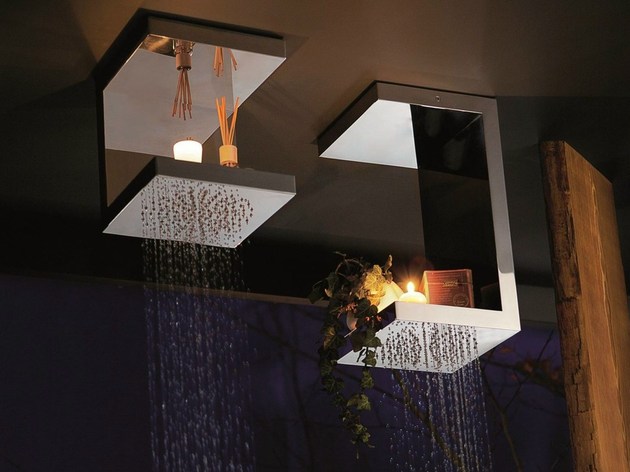 The Coolest Waterfall Shower
The AIR shower head by Massimiliano Settimelli from Webert can be set as a waterfall or as a rainshower or both. 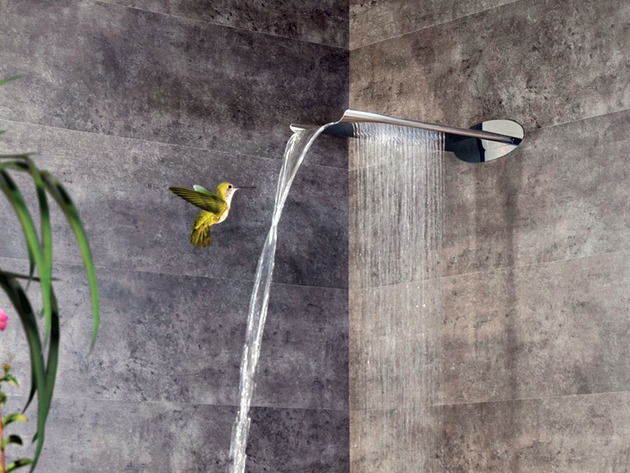 The Most Unusual Bathtub Installation
This inspirational design idea is based on Bassino Bathtub by Kaldewei. 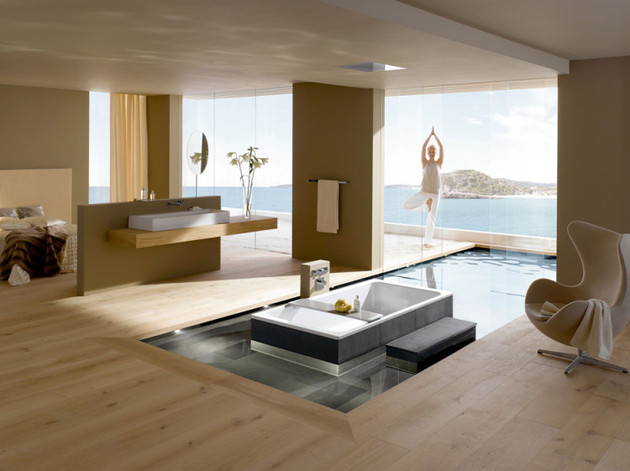 The Coolest Shower Tub Combo
This is Geo 180 free standing tub by Zucchetti Kos, with a chromatherapy shower overhead. Can be installed recessed, indoors or outdoors. 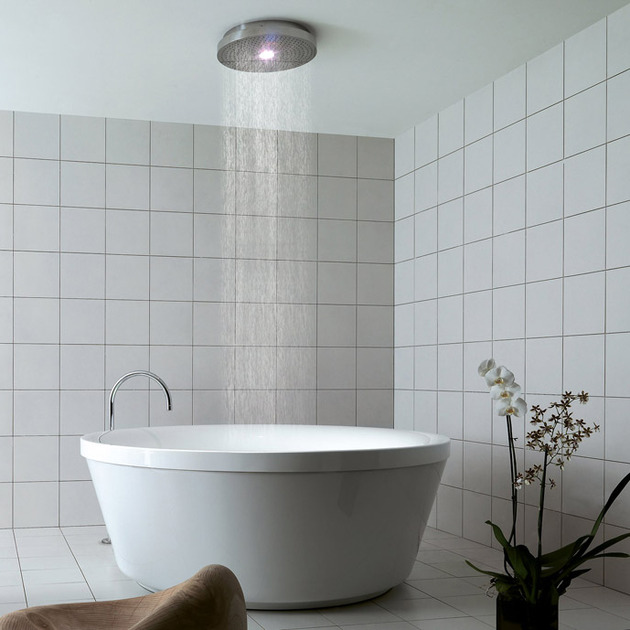 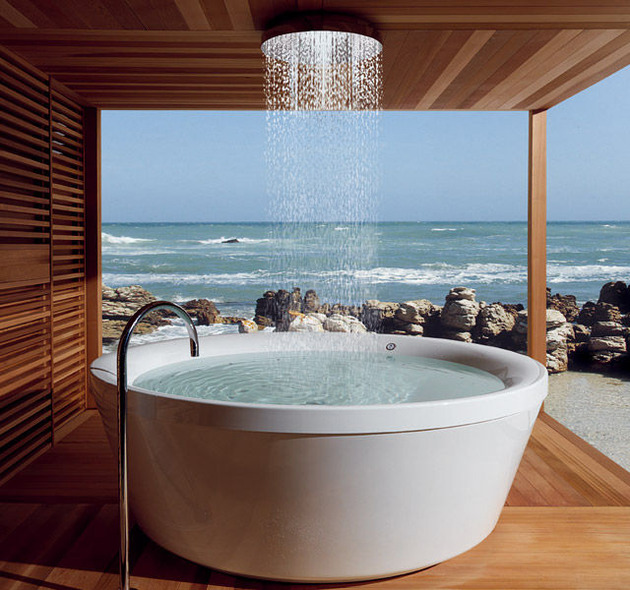 The Most Comfortable Air Bath
The Water Lounge they call it. By Hoesch Design. Yes, it’s actually in production, and with several different options for color/material of the lounger. 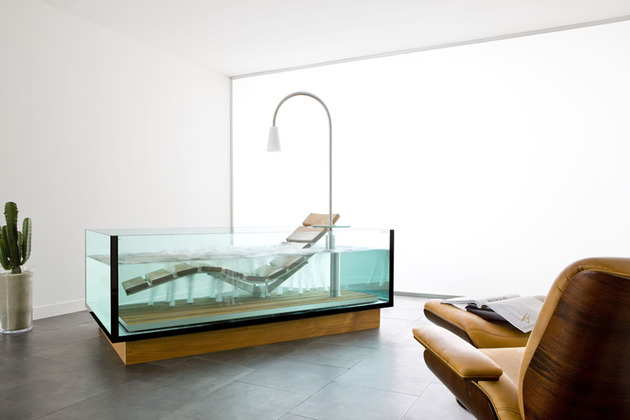 The Most Sensational Shower
This Dornbracht Vertical Shower is a dream come true, could even be the ultimate showering experience, as you can program heads and jets to automatically change temperature and water pressure during your showering. Wow! See also Dornbracht Horizontal Shower. 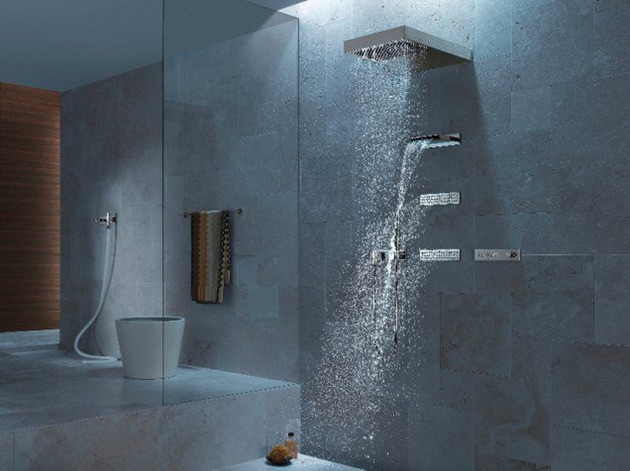 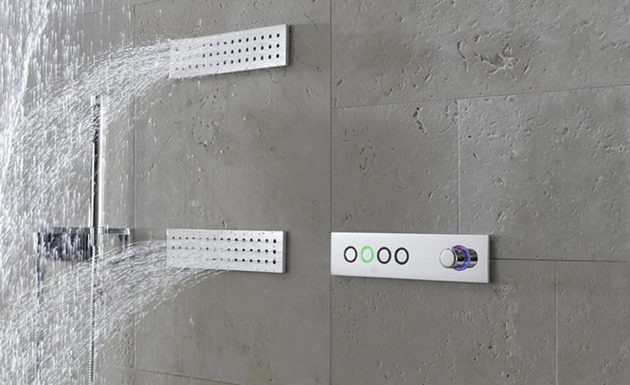 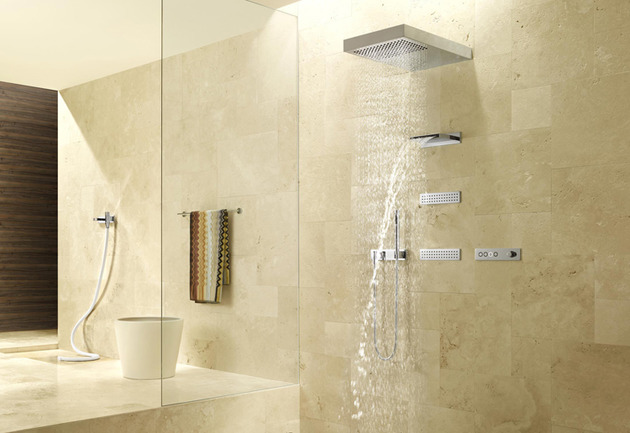 The Coolest Out of This World Soaking Experience
Agape Ufo is an extra large stainless steel bathtub, over 80″ in diameter. 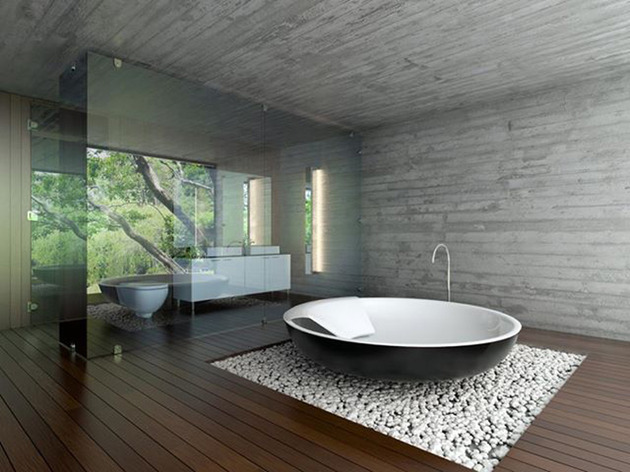 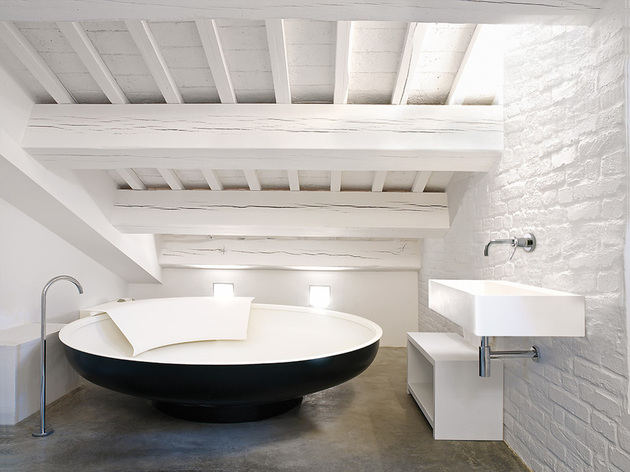 Finally, the Most Romantic Shower
Exposed pipes bent into arch to create a mount for a rain showerhead in a walk-in shower in the middle of the bathroom – what an idea. Some virtuoso plumbing installation. I wonder how is it controlled … unless the other side is just for symmetry. 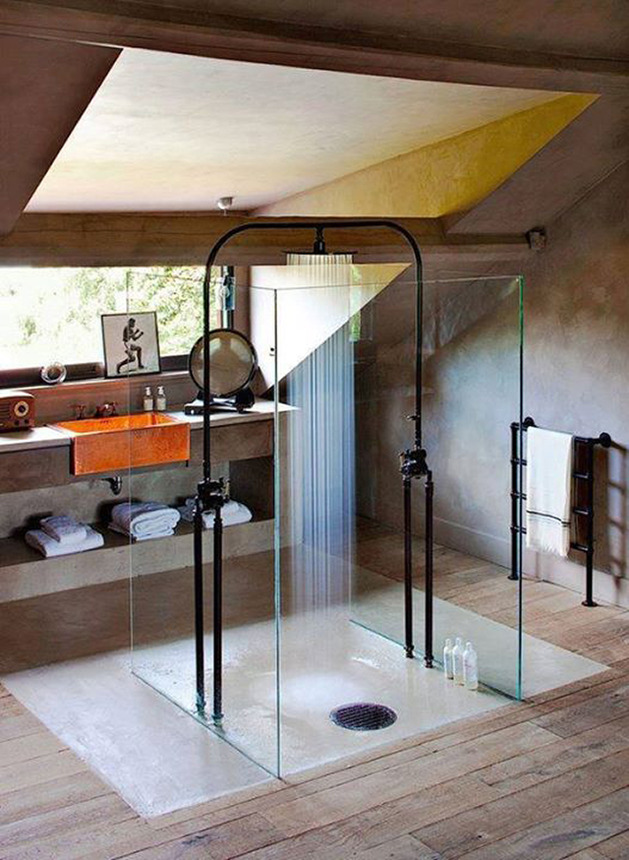 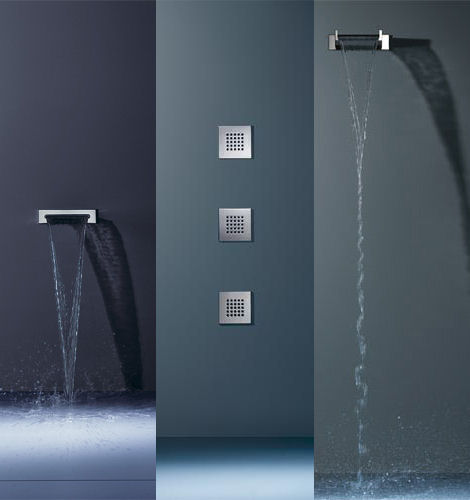 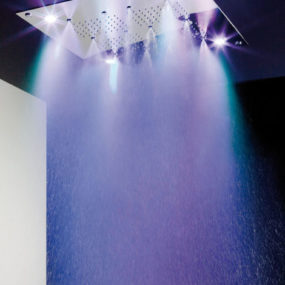 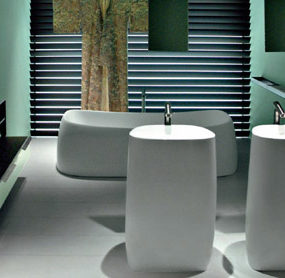 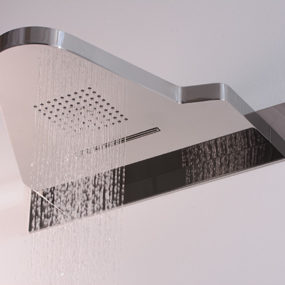 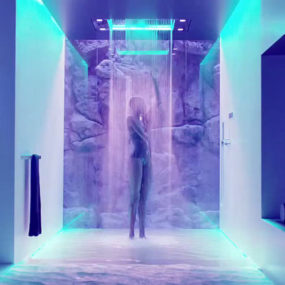 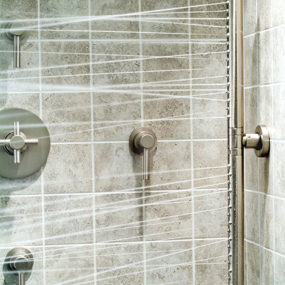