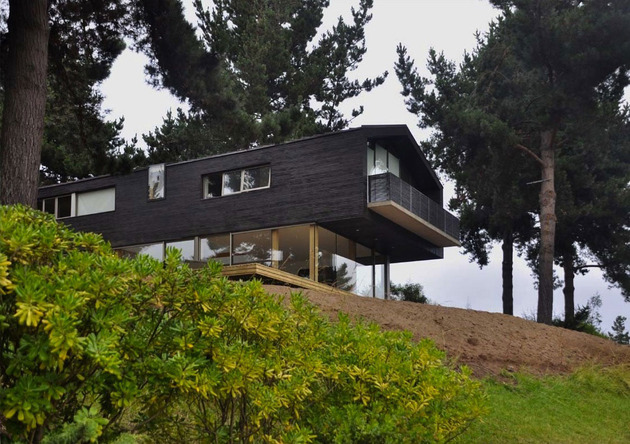 Built high on a hill in a small beach town in Chile, this house is meant to bring all the members of a large extended family together. Designed by Raimundo Anguita, the long house is mostly focused on one end, where huge floor-to-ceiling window walls and warm communal spaces are offered both inside and out. The house is comprised mostly of wood, with long and thin black-painted planks running down the length of the structure on the top floor. At the lower level near the front, smaller arrays of lighter wood form window borders and deck material, setting apart the lower half of the house as a bright and public contrast to the rooms above. Inside, three principal public spaces occupy the area next to the home’s window walls: a kitchen, dining room, and living room. While those rooms give space to entertain and gather, four bedrooms on the upper level allow relaxation and sleep for more than a dozen people if the occasion arises. 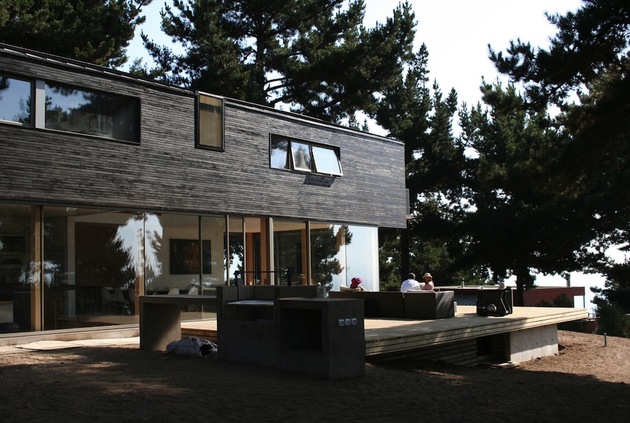 Much of the home is focused on outdoor social life, with its largest windows facing out over a deck which spans one corner overlooking the hillside. The windows on this side of the house provide the most significant sunlight to the interior. 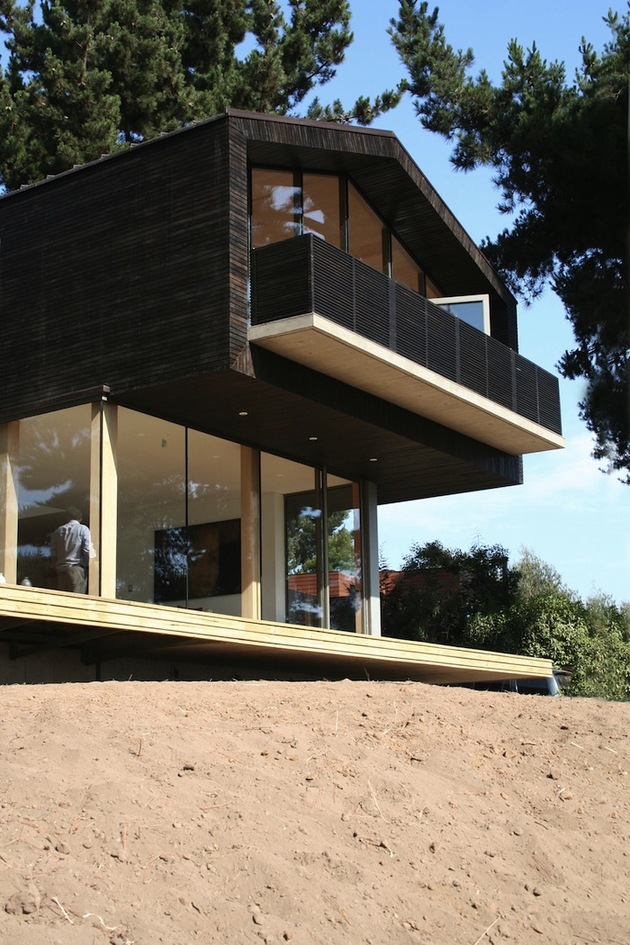 On the top floor, a small private elevated deck for the master bedroom supplements the public patio on the lower level, giving a more sweeping view of the landscape of the town below. 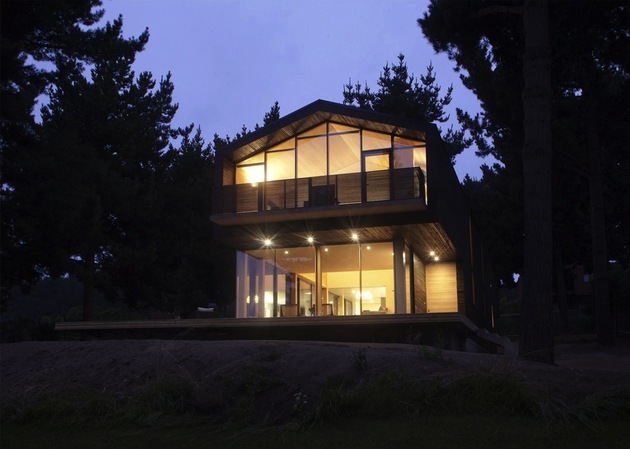 Most of the second floor’s rooms are set under a tall, mildly arched ceiling, enhancing the space within. The bottom floor’s window walls seem almost pillarless, fully encasing the home’s public rooms in glass from two sides. 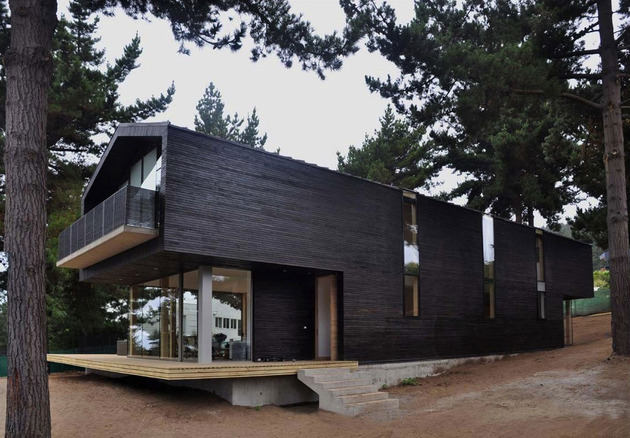 The side of the residence opposite the social deck is much less open to the sun, with three sets of narrow windows which lead up from the bottom floor to the roof and beyond, turning into skylights at the top of the building. The black trim lines which show where the distinction between the home’s two levels are run straight from the bottom edge of the second floor’s overhang. 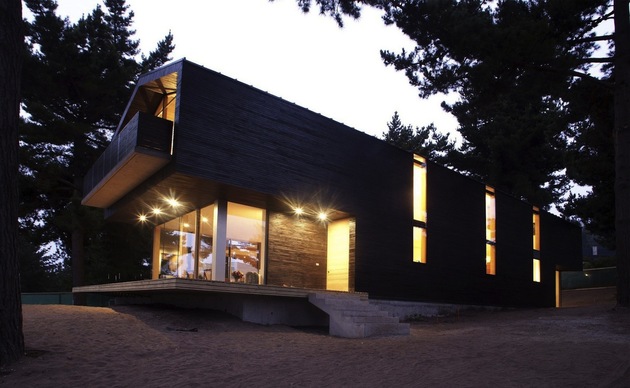 The patio deck sticks out significantly past its concrete base, creating a thin defining edge which helps flatten out and widen the profile of the home as a whole. 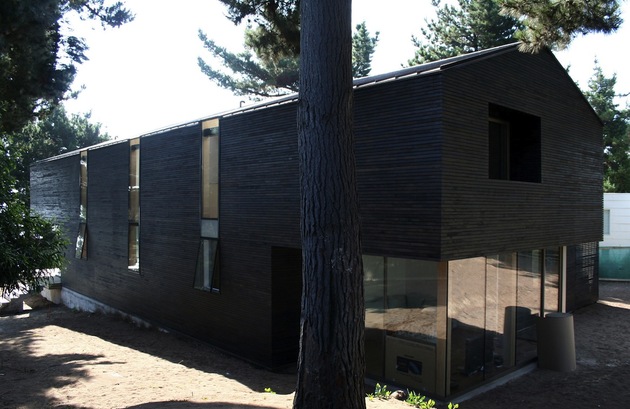 At the rear corner, one additional set of window walls helps give light to the dwelling’s study room. Like on the front, these windows are set a few feet into the overall facade, bringing in natural light without the direct glare of the sun. 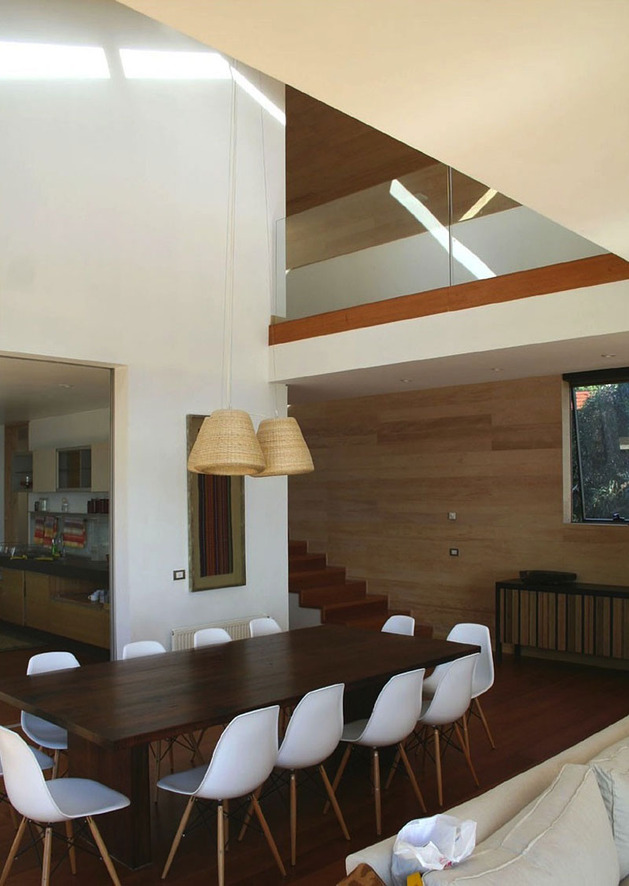 Lighter hues of wood adorn the walls inside than on the exterior, while the floorboards and some coordinated furniture retain their deeper brown stain. The dining room exhibits a 23-foot ceiling cut out of the two floors of the house, the central area between the kitchen and living room. 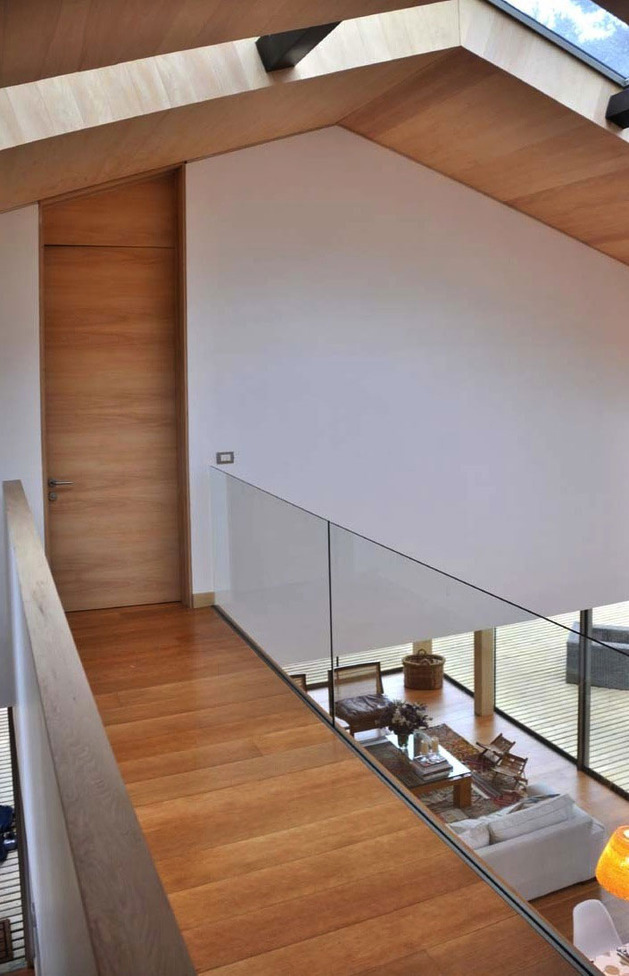 On the upper floor, four bedrooms provide living space for up to fourteen family members and guests (though they take nine people in greater comfort). The master suite is set off from the rest of the bedrooms by an extension of the hallway that forms an indoor bridge over the dining room, with a glass railing on one side providing sight into the spaces below. 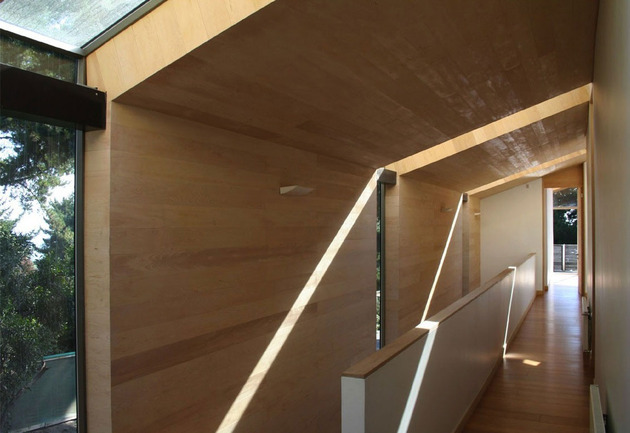 Light streams in through the thin windows and skylights along this edge of the abode, further accenting the angular shape of the space, defined by the home’s descending roofline.
Raimundo Anguita 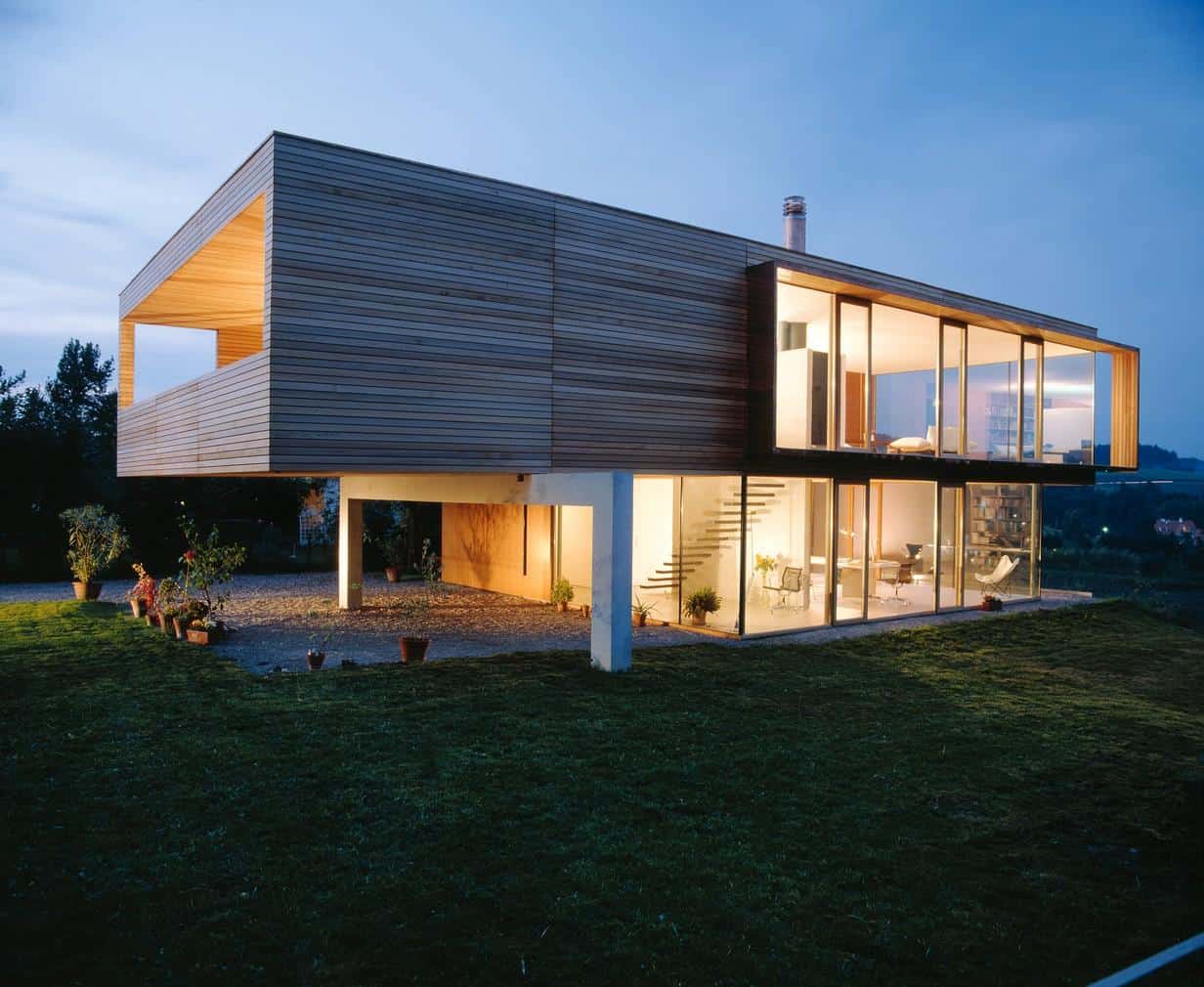 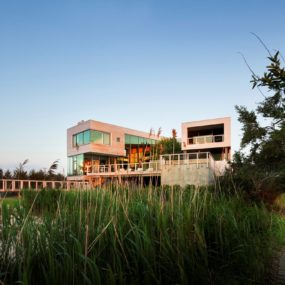 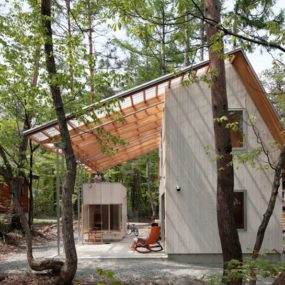 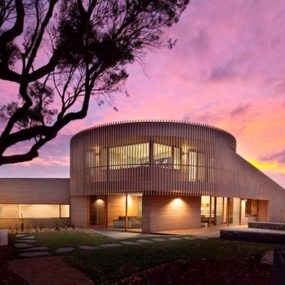