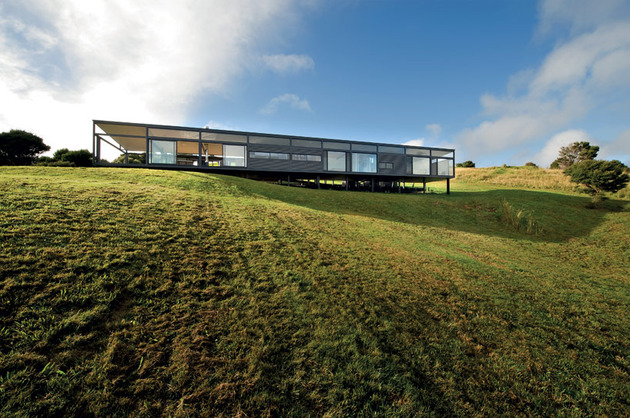 Perched on top of a rolling hillside in an untamed New Zealand landscape, this low and long house is defined by a connection to the environment as well as its overall design elegance. Built for former city dwellers by BVN Donovan Hill, the metal and glass residence contains a luxurious and contemporary home with plenty of innovative touches. Outside, the building is suspended over the hillside instead of being built into it, utilizing a bridge-type truss structure to sink pillars into the grass instead of a full foundation. The metal structure is extended both inside and out into flourishes of design. The color palette is uniform on the outside, but despite being more diverse inside it retains its minimalism and dramatic flair. 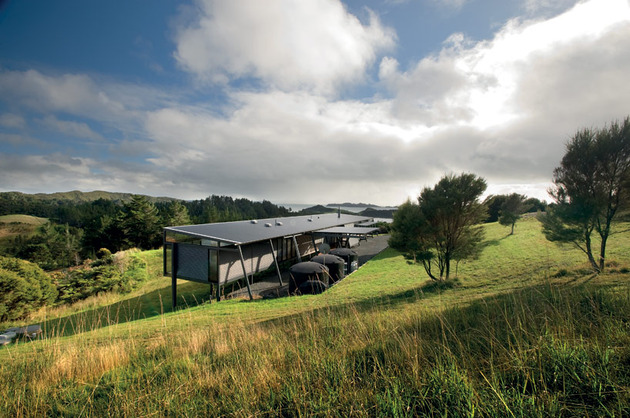 The home’s relative isolation affords it privacy, leading to more design freedom than in a crowded locale. More glass can be used in the building’s design because there isn’t fear of prying eyes. 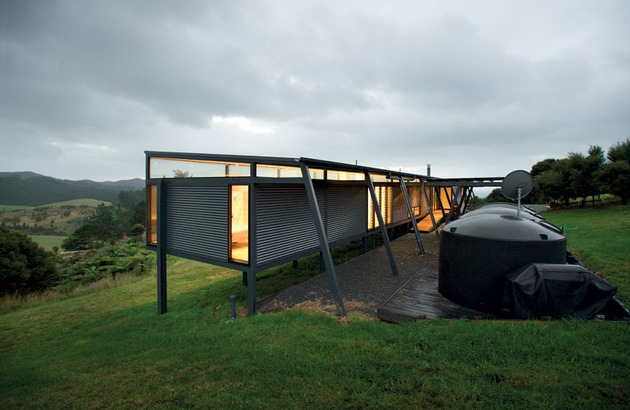 The entire main volume of the house is perched above the land on a bridge-like truss system, eliminating the need to reshape the hillside’s natural curve. Only its gravel driveway makes a dent in the landscape. 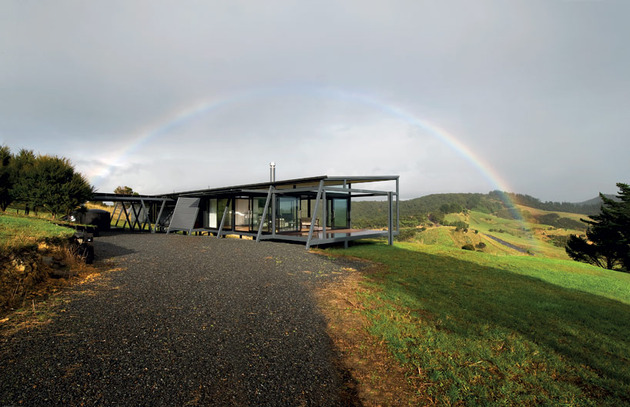 Though its interior shape is rectangular, the structures on the outside of the house are a variation of that general shape, adding new angles and intersections to spice up the architecture. 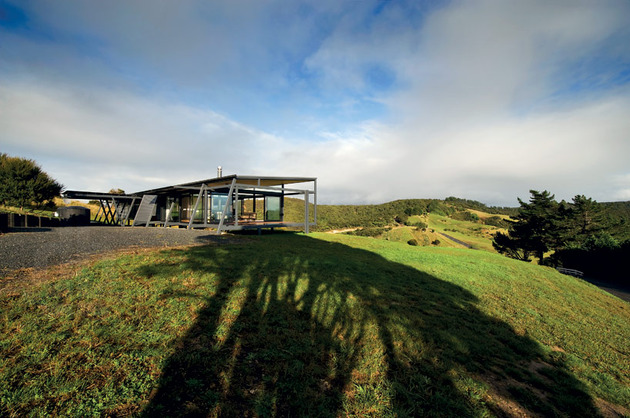 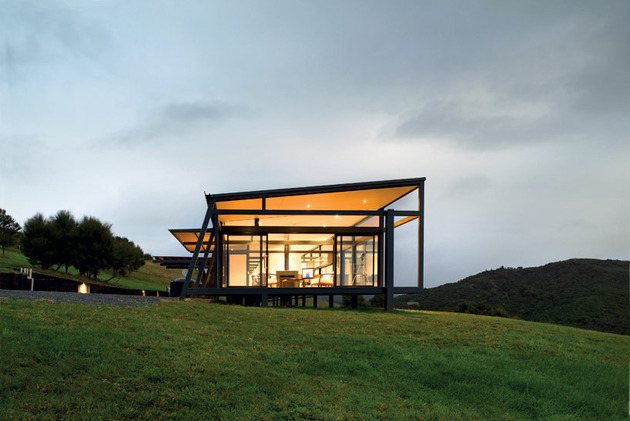 Even though beams, girders, and metal sheets may seem to dominate the house’s shape, there’s still plenty of free space for its glass walls to gain unobstructed views of the surrounding land. 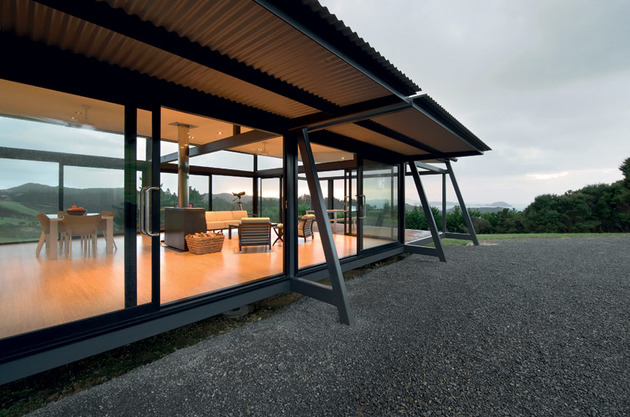 The house has one traditional main door, but many of its windows slide away to form subtle additional doors on the driveway side. 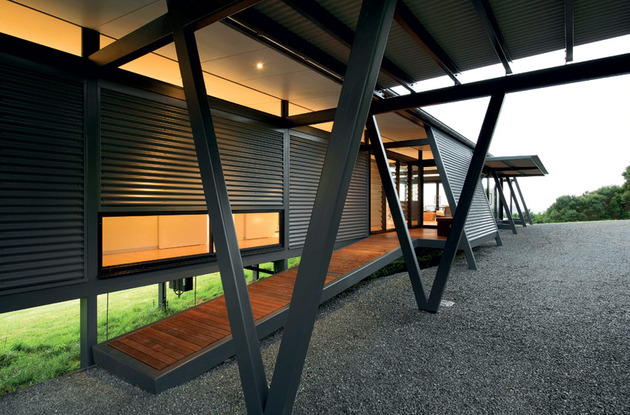 Though not technically part of the interior, the ramp up to the structure’s doorway includes flush-finished wood plank floors that help introduce residents and guests to the inside. However, the dark finish of the ramp’s wood isn’t shared with the rooms beyond it. 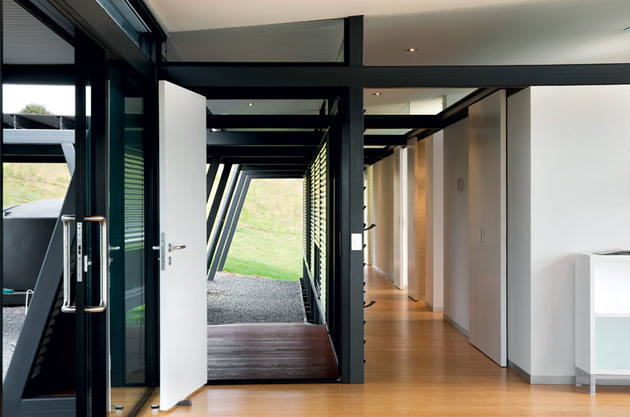 The house’s interior architecture is physically complex, but comes off as minimal due to its clean color palette and uncluttered walls. The ceiling is slightly angled, giving open air above some walls and helping to open the space. 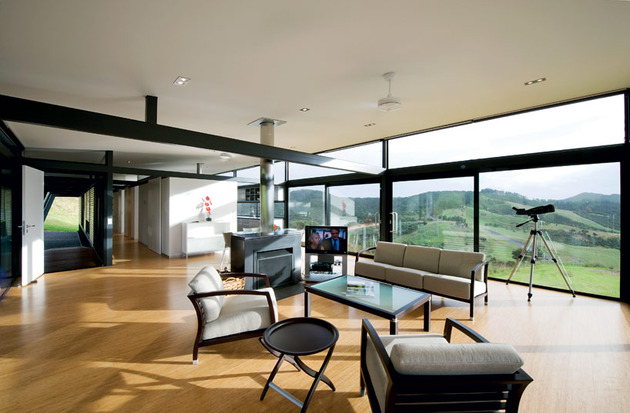 One half of the dwelling is made up of a spacious living room, framed by a permanent fireplace in its center. The room has a commanding view of the hills and mountains for miles around. 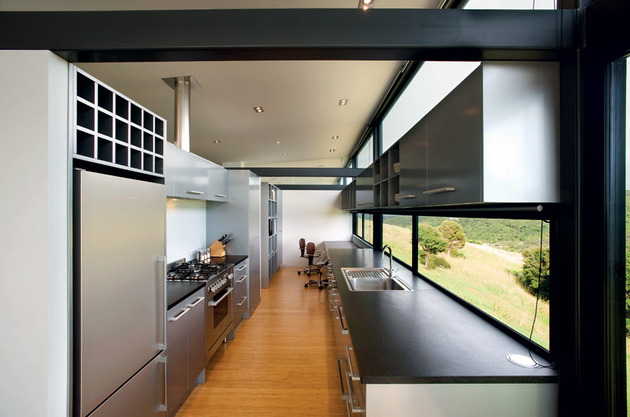 Tucked on the other side of the private rooms of the house, a long and thin kitchen is defined by silver metal surfaces and ultramodern cabinetry. Here, the windows are thinner, corresponding to an exterior finish mostly consisting of corrugated aluminum.
BVN Donovan Hill 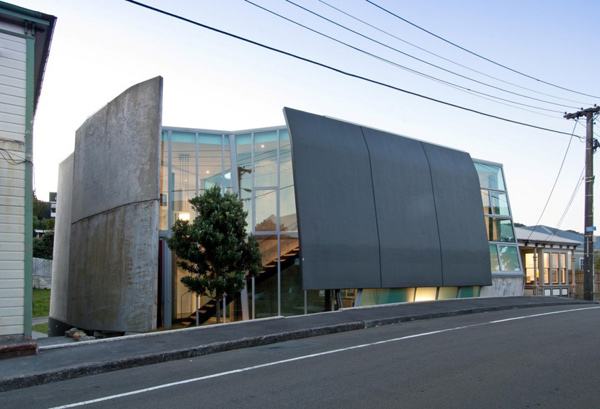 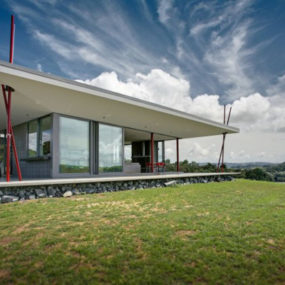 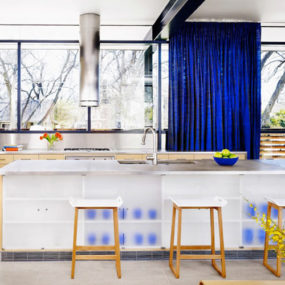 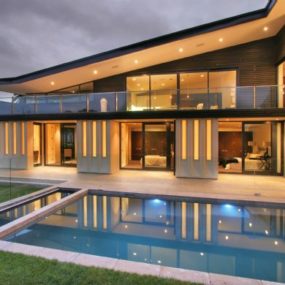 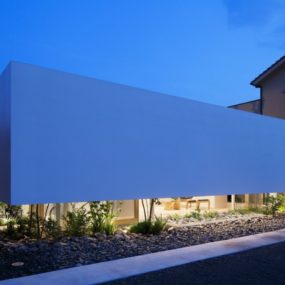 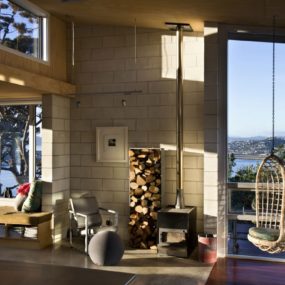 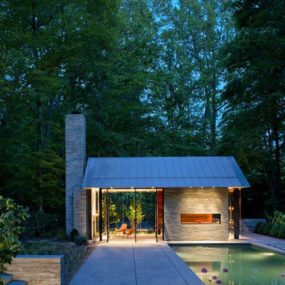