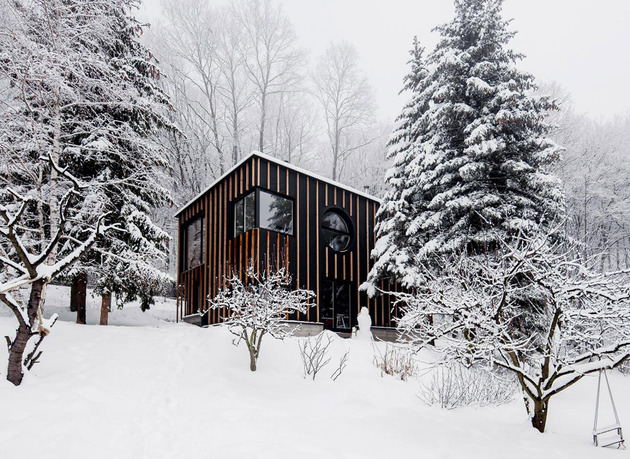 Renowned architectural photographer Zsolt Batar wanted to build a cabin in the woods as a place to refresh and rekindle his creative spirit and he could think of no one better to help him realize his dream then his friend and architect Bence Turanyi of T2.a Architects. The two of them had similar creative ideals and through the collaborative effort of idea sharing the final concept for Zsolt’s cabin was put to paper and turned into reality. The concept was to build the cabin out of prefabricated, cross laminated and glued timber panels, and once the data was digitized it took only one week to send the data to the manufacturer and complete the structural assembly on site, while the cabin itself was built in just two days. 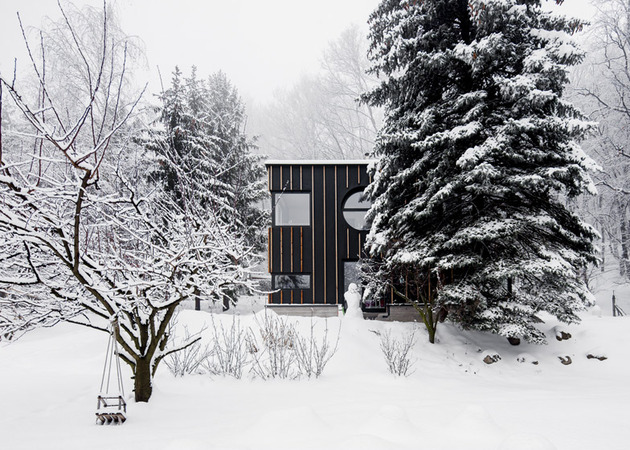 Located in the Pilis forest, near Budapest, Hungary, the prefabricated wood cabin is a mere 120sqm open plan design that incorporates both circular and rectangular windows for a definite geometric aesthetic. 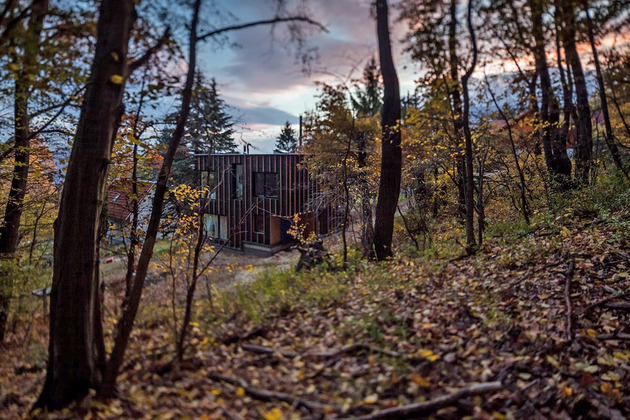 Whether winter or summer, Zsolt and Bence’s shared love of art, architecture and design was translated into a cabin retreat that is in complete harmony with its surrounding landscape. 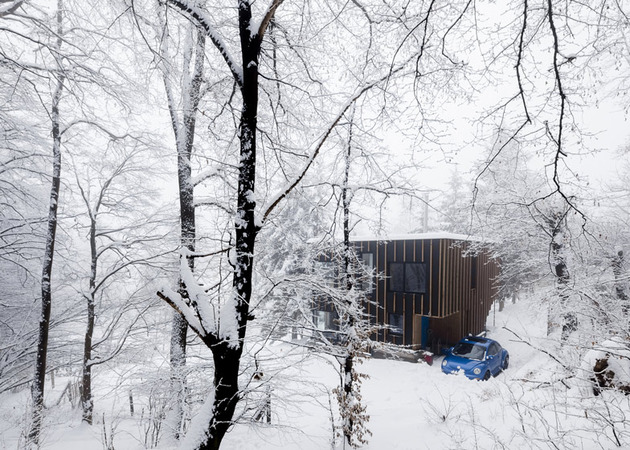 Of course, while the cabin is perfectly in tune with the seasons, access in the winter is a little more difficult. This difficult winter approach is the catalyst for the driveway leading directly to the entry. 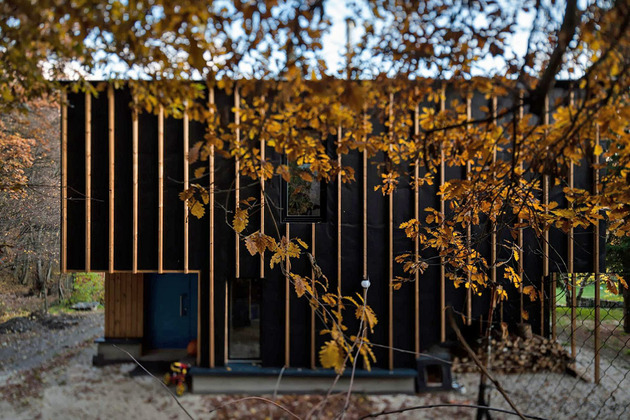 The entry is one of the few moments of color within the facade and features a bold blue color. 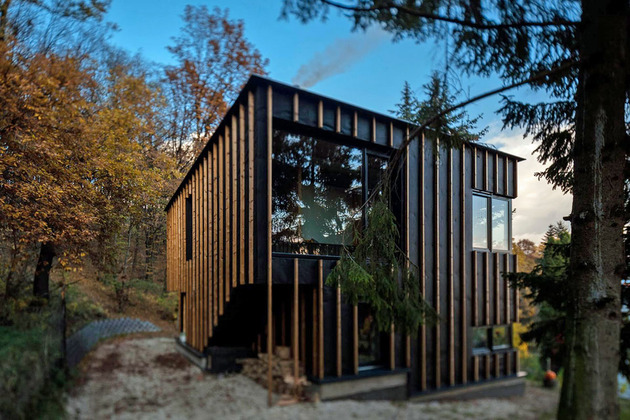 The two storey cabin leaves the stairwell void to the outside of the building as a covered niche perfect for storing a winter’s supply of firewood. 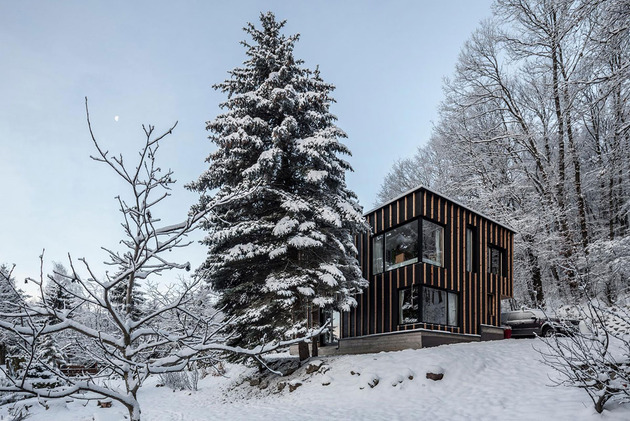 The windows create a large part of the visual interest to the four faces of the cabin whether through the combined use of round and rectangular or through the wrapping of windows around each corner. 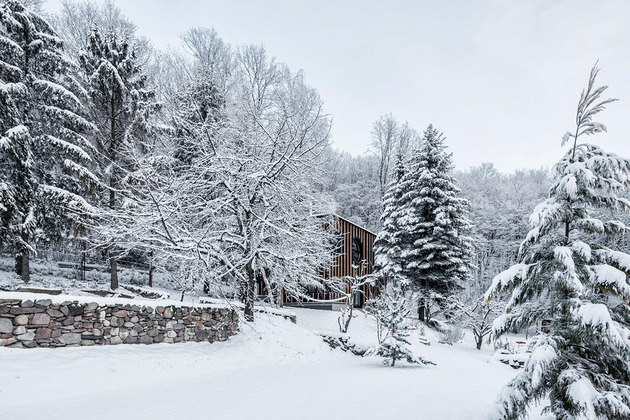 A stacked stone wall lines the driveway, ensuring the landscape does not collapse onto it while the cabin is vacant. 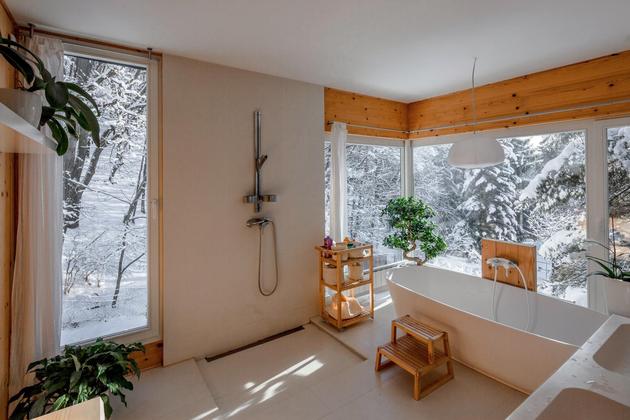 The two story cabin has an open plan with the living and dining room located on the lower volume and two bedrooms and bathrooms on the upper. The walls, ceilings and floors are all lined with wood panels and the many windows offer vistas to the forest beyond. 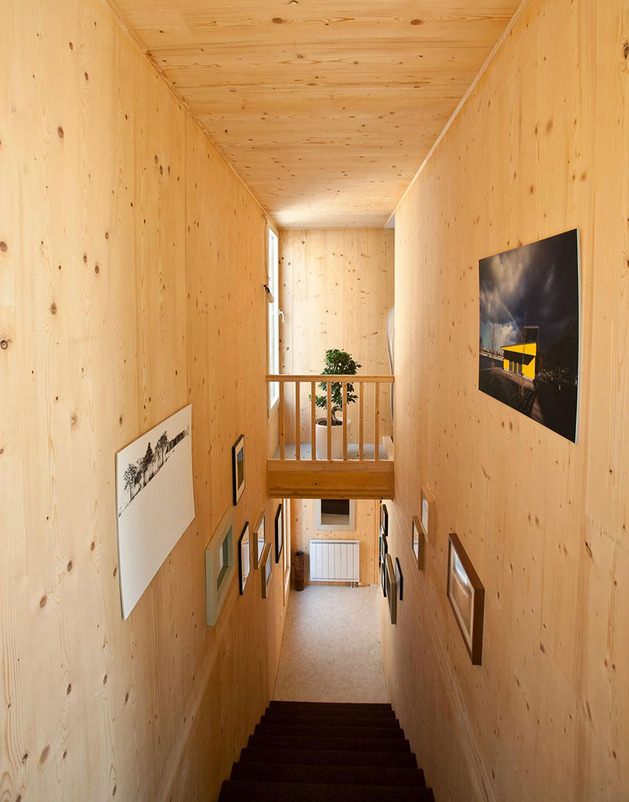 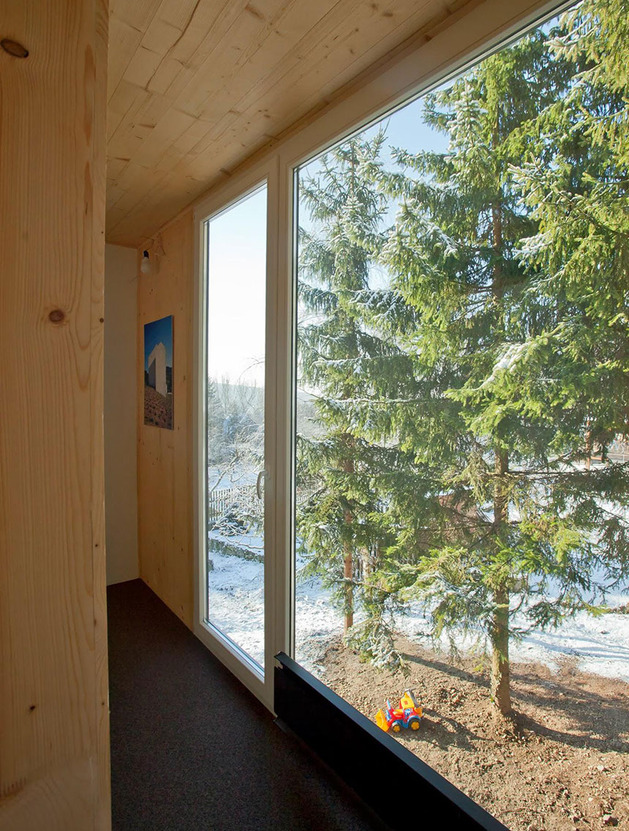 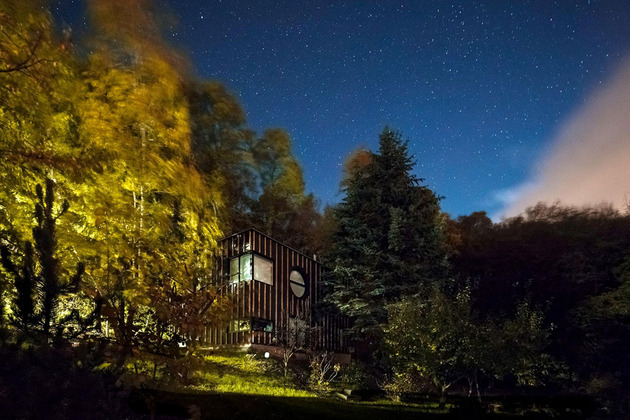 It was important to both Zsolt and Bence to design a cabin that created harmony between man and nature while at the same time working within a tight budget. The use of prefabricated, cross laminated and glued timber panels that could easily be installed on site allowed all three of these principles to be realized, and best yet, it has given Zsolt a place to document life within nature through the eye of his camera lens. 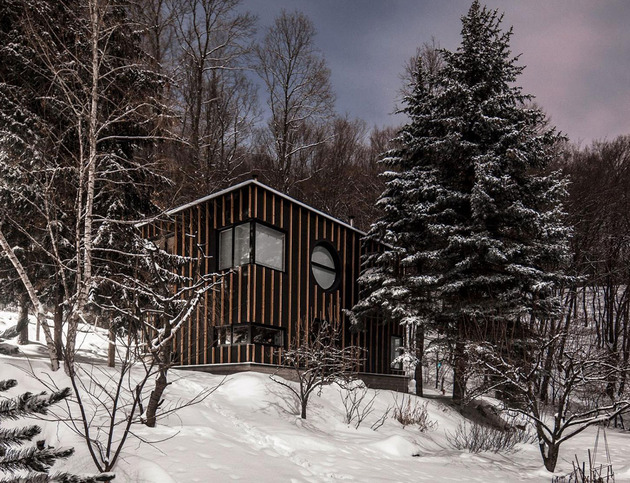 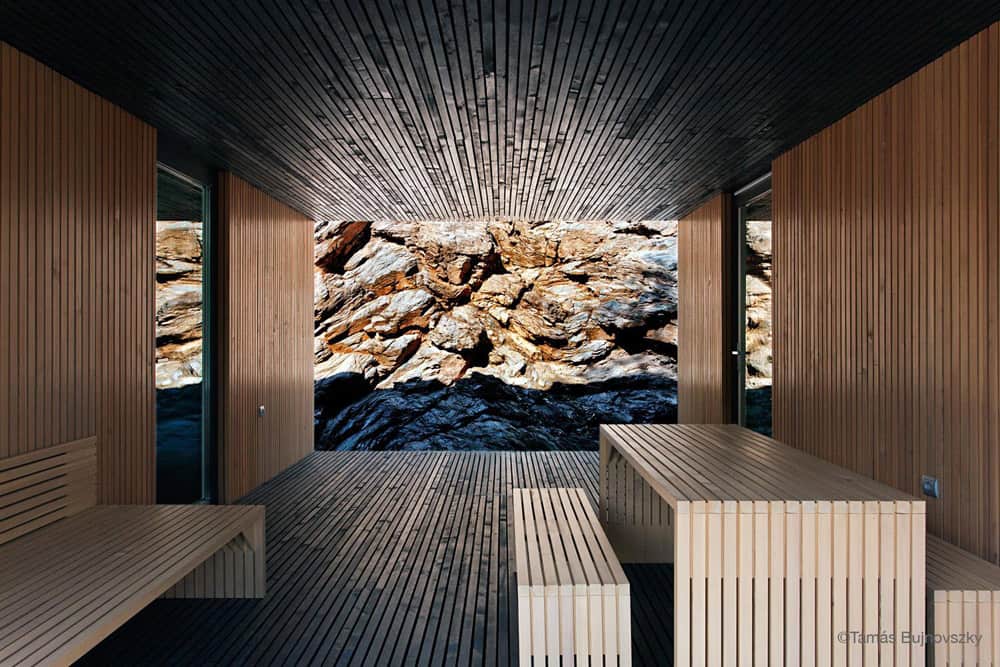 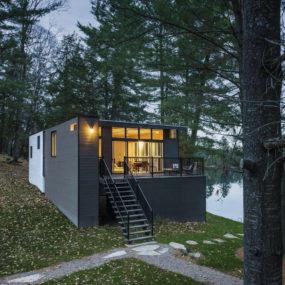 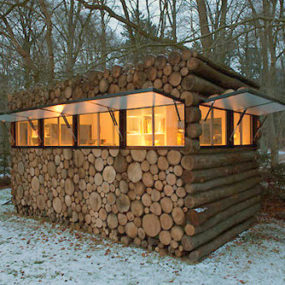 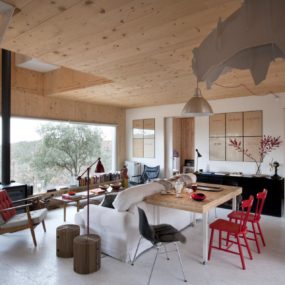 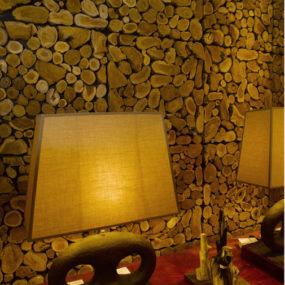 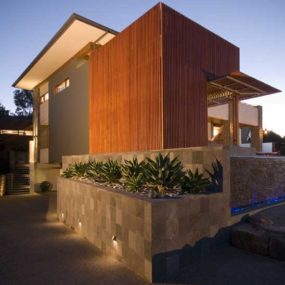 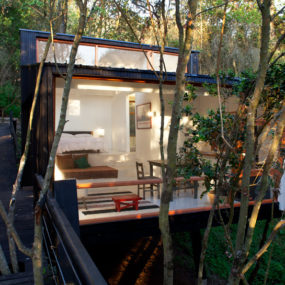