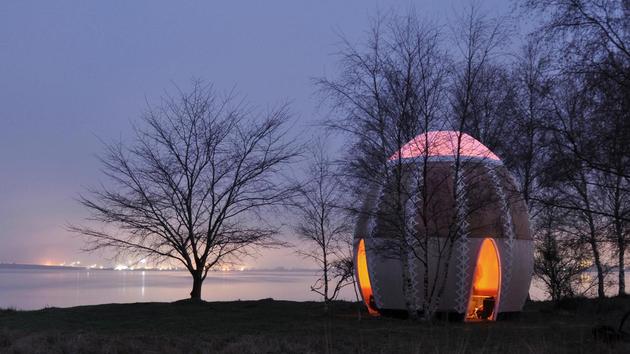 Fire Shelter 0:1 is a solo project designed and built by Simon Hgermind Jensen of SHJWORKS. It was important to Simon to do it himself so that there would be no outside influence from concept to completion. It is a personal project that represents Simon’s fascination with a location that is a 20-minute bike ride from Copenhagen, Denmark on a landfill called Sydhavnstippen. The shelter is not meant to be more then a temporary dwelling that, once past its prime, will be removed completely. It is a stopping place for visitors to celebrate the surrounding elements of landscape and nature that have populated what was once a seabed, then from 1945 to 1973 it became a growing landfill of building materials, and now it is a park like setting of plants, bushes and trees and the occasional trace of exposed and uncovered building materials. The landfill that still pushes up through the greener creates an almost apocalyptic visual within the desolate location. 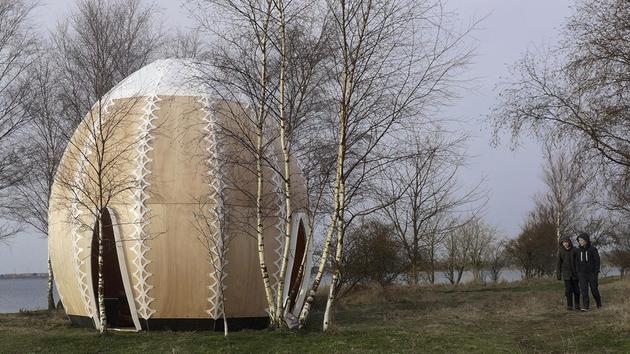 The construction of Fire Shelter 0:1 is based on the architectural principles found in ethnic and nomadic cultures. It is a singular dome like shape of plywood and polycarbonate panels that have been fabricated using CNC technology. The panels are “stitched” together to create a 4.7m tall dome with a 3.8m diameter base. The panels themselves are from 2 – 9mm thick and consist of thin and bendable shells that are tightened together with bolts and a piece of 2mm thick polycarbonate “stitching”. There are two entry locations around the base and a large hole at the top for fire smoke extraction. 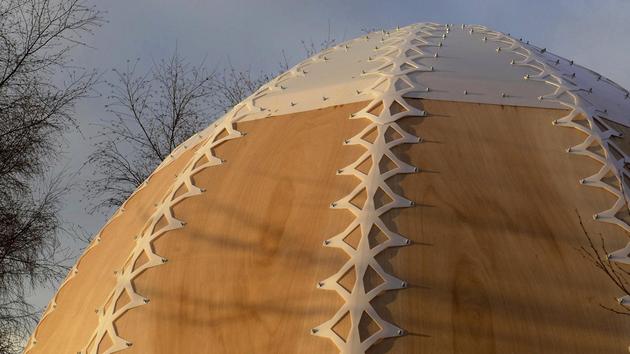 From Simon’s original concept of using ethnic and nomadic building principles within the realm of modular design and easy to apply materials, the final result takes on a imagery of leather panels hand stitched together. 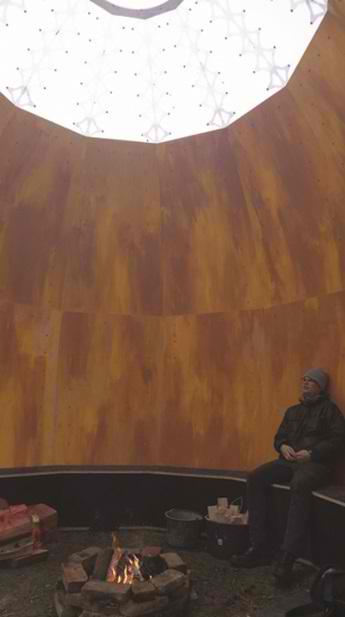 Fire Shelter 0:1 incorporates a plywood floor and a central fire pit that is surrounded by a bench. The bench was created with scavenged building materials from the landfill site. The flooring creates ballast that secures the shelter to the ground without any disruption of the land beneath. 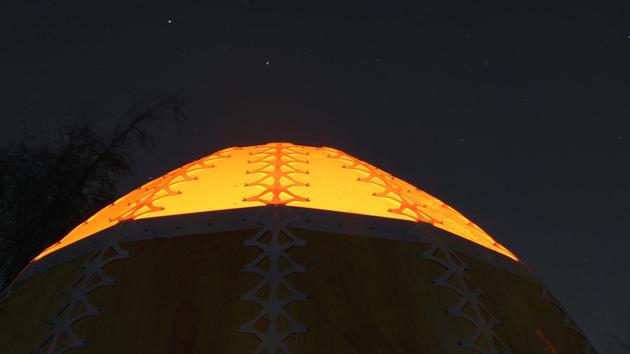 The upper section of the dome is constructed with a white transparent polycarbonate that allows sunlight to enter the inner volume by day and the light from the fire inside to glow externally by night, creating a lighthouse beacon effect for those travelling nearby. 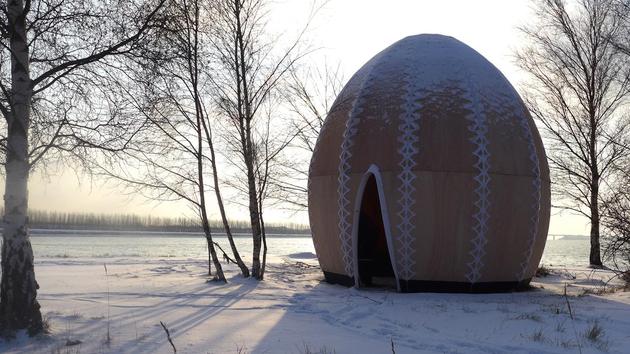 While the dome is experimentation with temporary structural solutions, the idea of offering a shelter as a gift to anyone who wishes to use it in the coldest months of the year, creates a social experiment as well. With a roof overhead, and a fire to sit around while enjoying the solitude of nature, Fire Shelter 0:1 is a place where friends can come together and enjoy each other’s company without the distractions of modern day comforts. 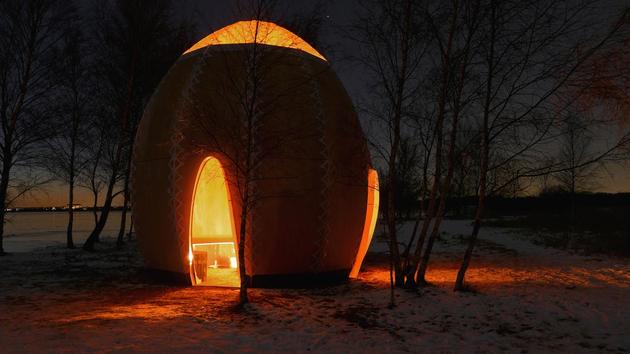 Simon is proud of his creation from a singular vision. The design and production was paid through his firm SHJWORKS and the assemblage was all done without the use of ladders. The assemblage was the only area that required assistance, as it was a was not a one-person job. This is where Christian Bocker Sorensen and others helped out. 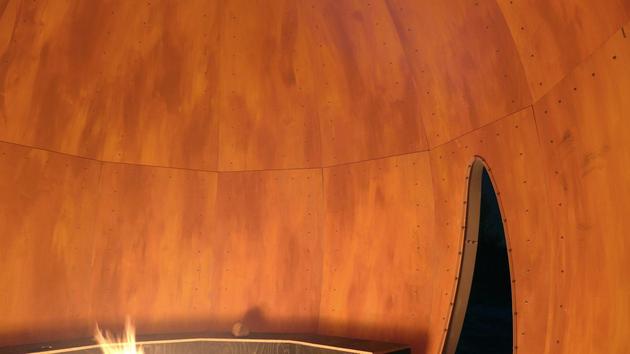 With the focus on the shelter being temporary, the construction was such to make the deconstruction as simple as possible. The hope is that Fire Shelter 0:1 will last for at least one year, if not longer, but when the shelter starts to break down, Simon will give his second gift to the land by deconstructing it in such a way that there will be no trace of its ever having existing. 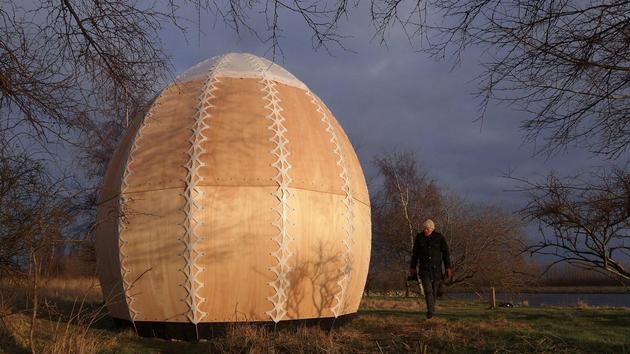 Had Simon presented his concept for Fire Shelter 0:1 through the standard bureaucratic channels, the chances of it ever being built are about as slim as you can get. This is a one of the driving reasons he chose to create his unique and uncompromising shelter without any subjectivity toward compromise. 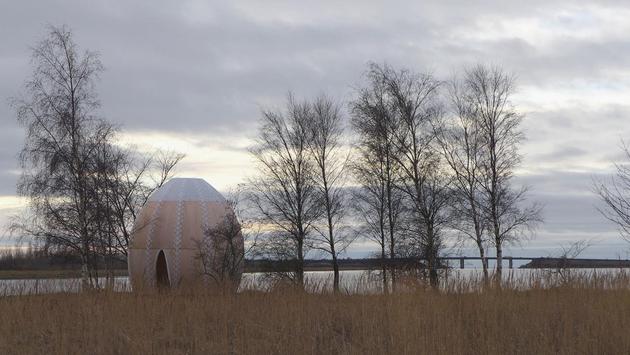 It is hard to believe that Simon created this project without any outside help. No advice was asked for and no outside opinion was sought. The project was truly a one man show and is his gift to the people and the land brought on by Simon’s own immense fascination with the history and transformation of the site itself. It is his homage to the strength of nature to reclaim what was hers all along. 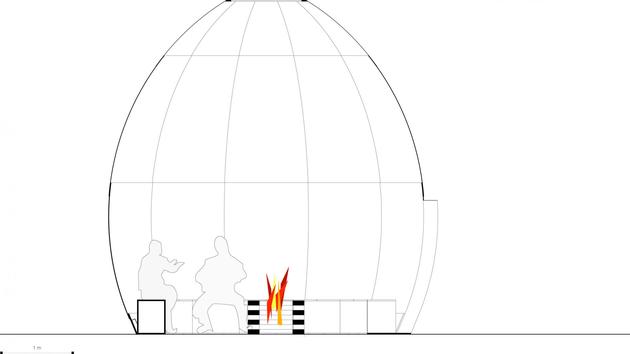 A simple concept from a gutsy man. 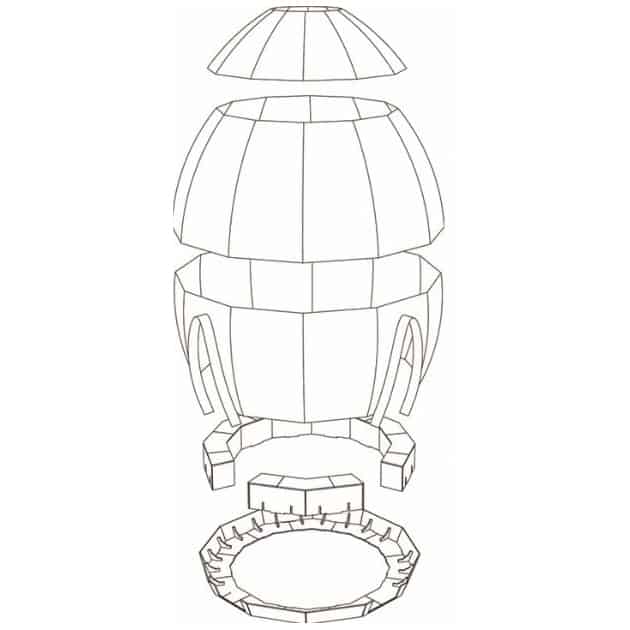 It could never have happened without Simon’s forethought of incorporating a modular design. 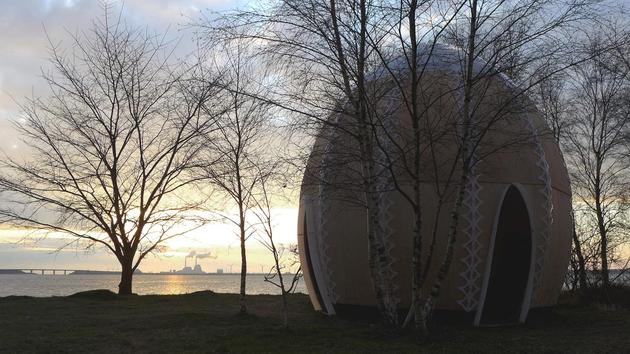 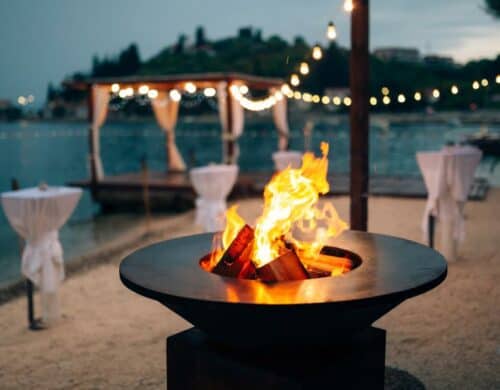 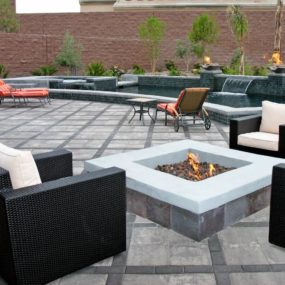 Fire Pit Design Ideas That Will Enhance Your Backyard 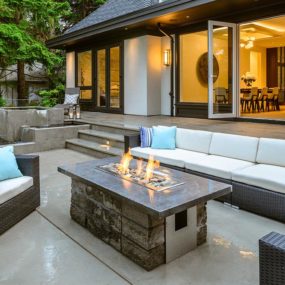 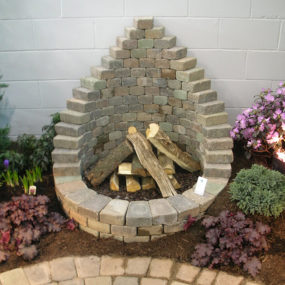 How to Be Creative with Stone Fire Pit Designs: Backyard DIY

Fire Pit Design Ideas That Will Enhance Your Backyard

How to Be Creative with Stone Fire Pit Designs: Backyard DIY