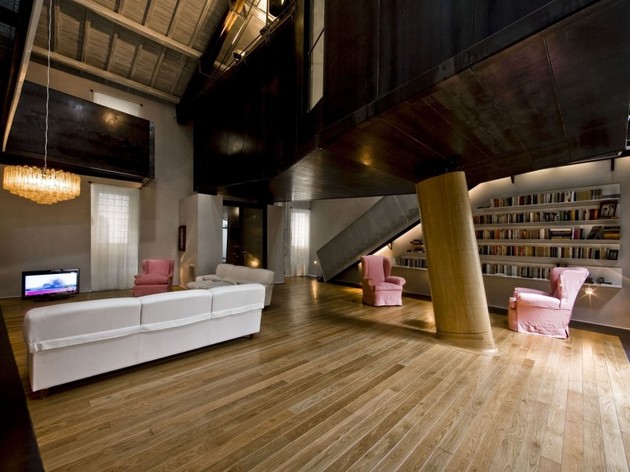 This apartment located in the Trastevere neighborhood of Rome is anything but ordinary. It was Roman MdAA practice that took on the challenge of transforming this century-old stable into a modern-day living space. The challenge lies mostly in the fact that the owners wanted to have a completely closed off bedroom, while keeping the space as open as possible. In order to fulfill this request, the architects chose to take advantage of the 10 m high volume and create a private night area under the roof. The result is spectacular and it doesn’t look like anything I have seen before in an apartment. The night area is a tube-like metallic structure that seems suspended under the exposed wooden roof. This dark metal tunnel is supported at its free end by a round inclined metal column dressed up in wood, like the trunk of a giant tree. The other end overlaps the structure that frames the main entrance door. This tunnel-bedroom is accessible via an industrial staircase that leads to a metallic gallery which surrounds the whole volume. The ground volume is thus kept open, creating a very generous and unconventional living space. 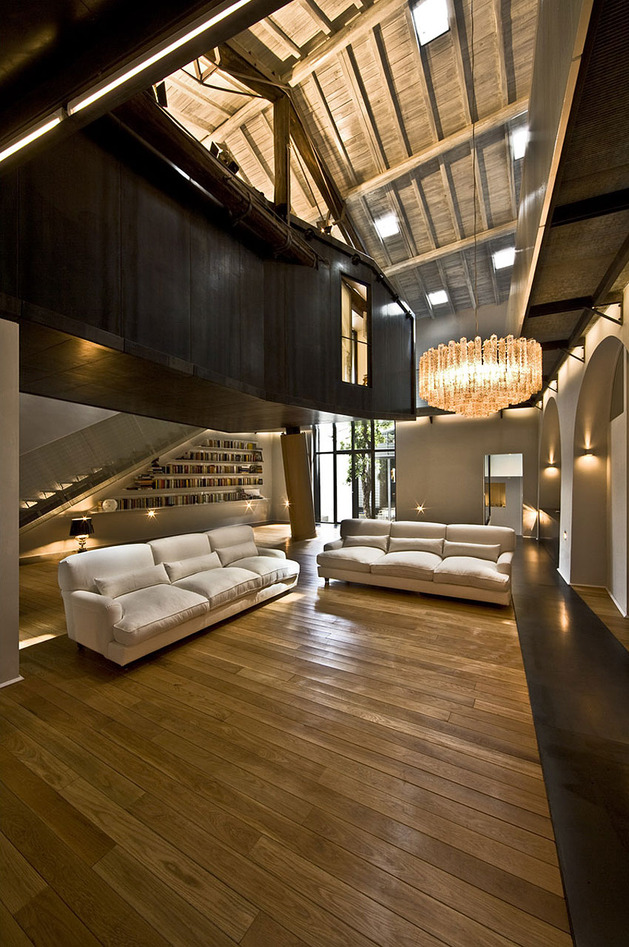 Unconventional is the word that best describes the design of this lofty space. Tradition and avant-garde meet to create quite a spectacular outcome. 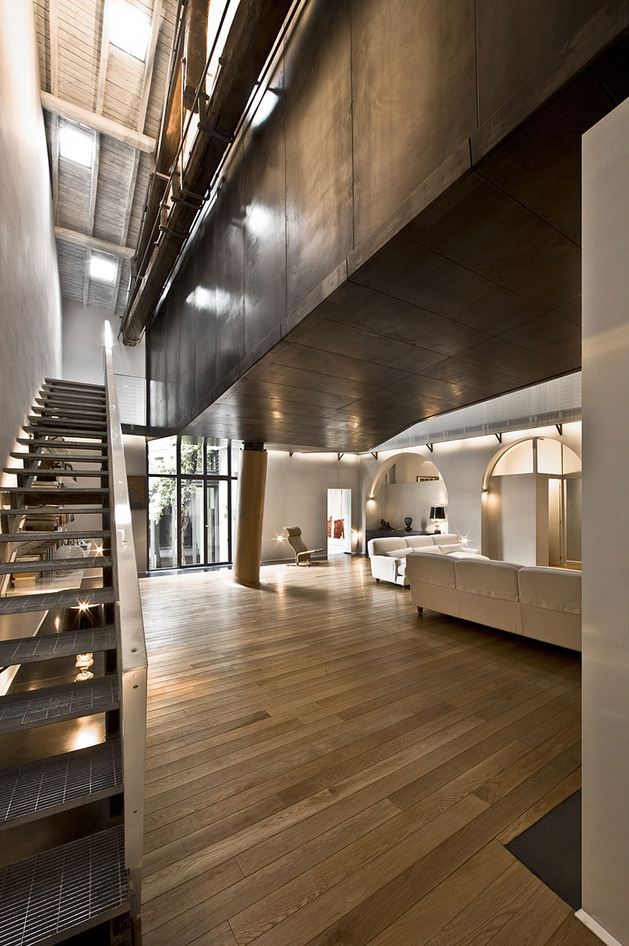 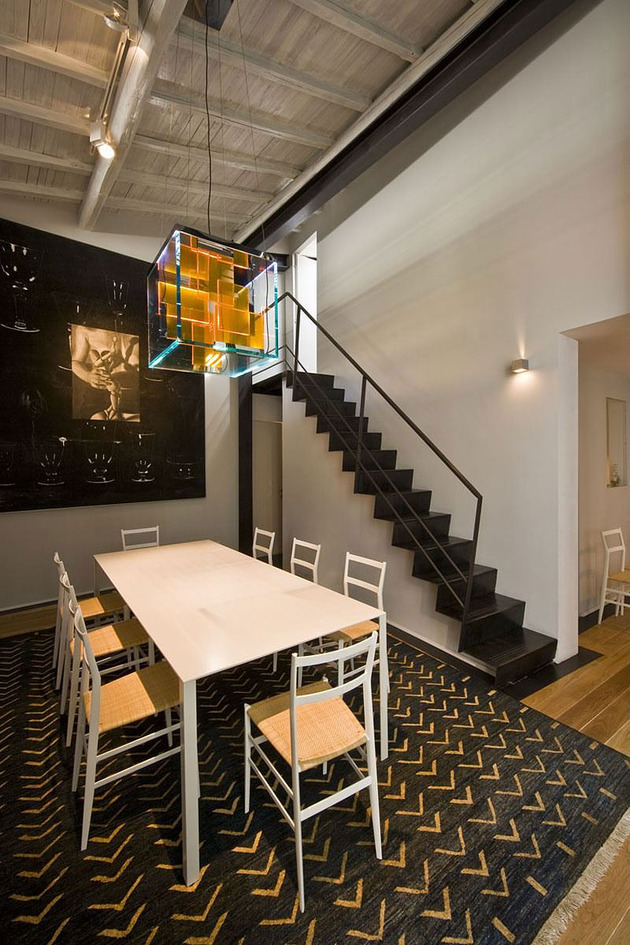 Some areas of the apartment, like this dining room, look quite traditional when taken out o the overall context. 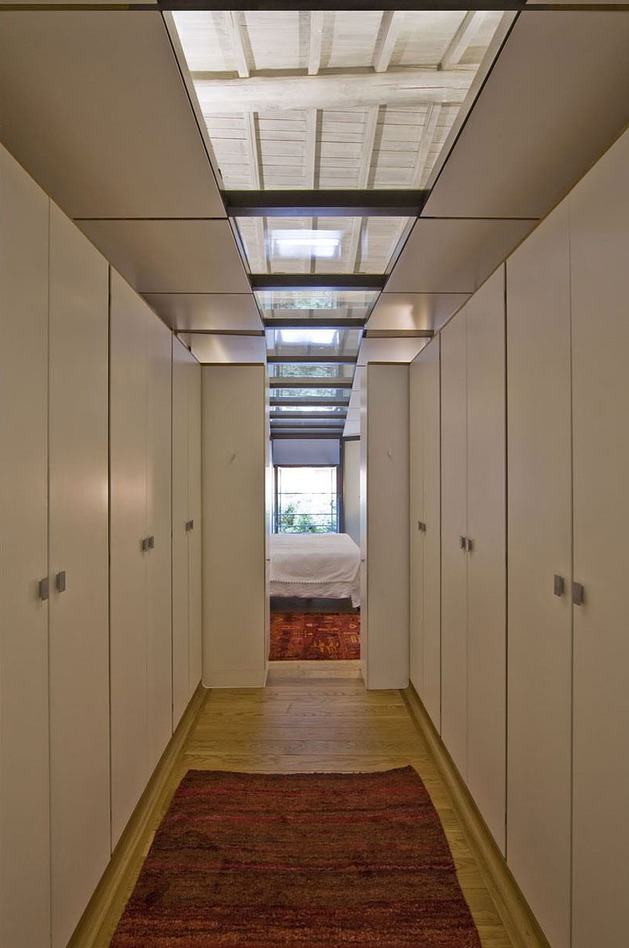 In order to reach the bedroom one has to cross a tunnel-like closet, with closed wardrobes lining the walls floor-to-ceiling. 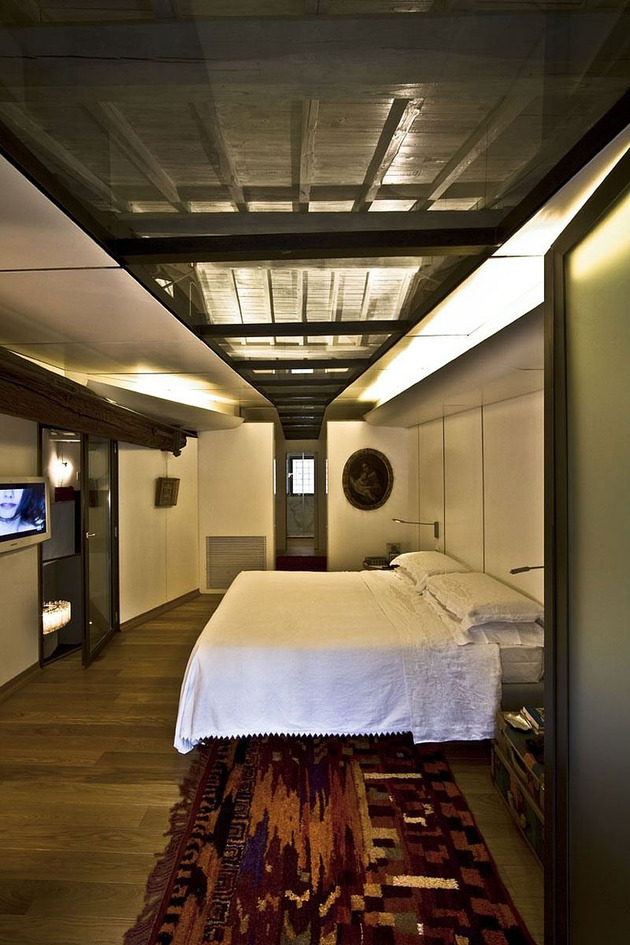 Except for one window in the bedroom that overlooks the living room, the tunnel is lit through the ceiling. The middle of the ceiling is glazed, like a path of light that guides the circulation from one end to the other. The light that penetrates through the roof windows of the ex-stable is then captured by this light path and brought into the tunnel. 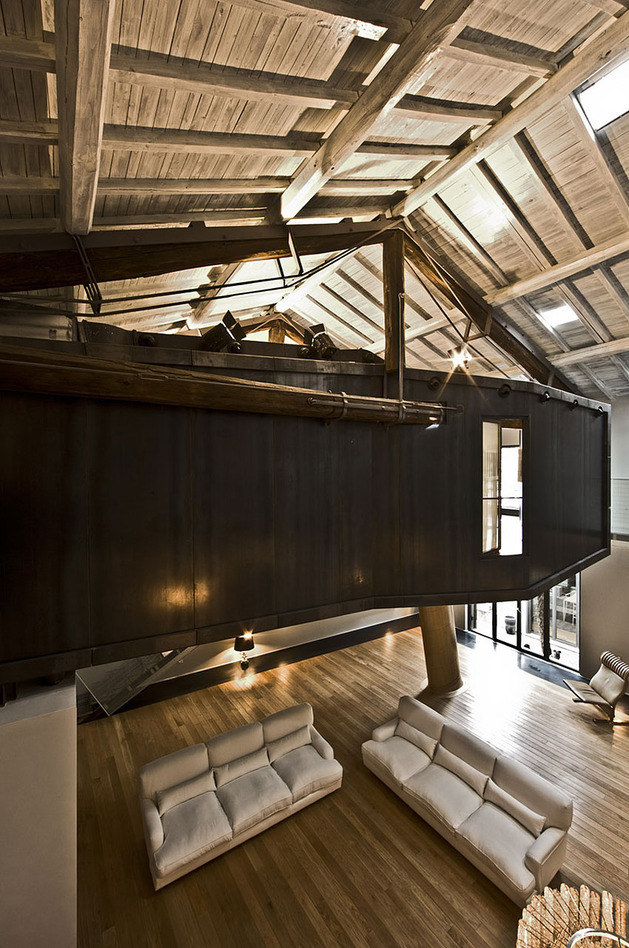 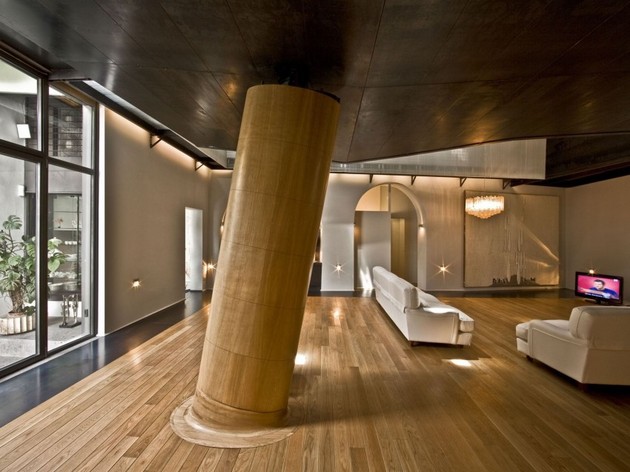 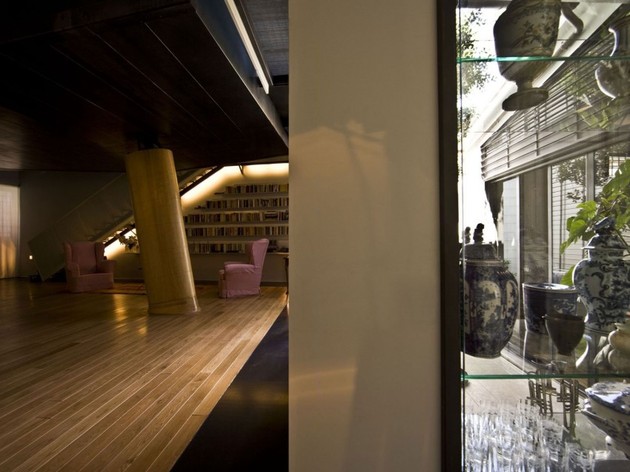 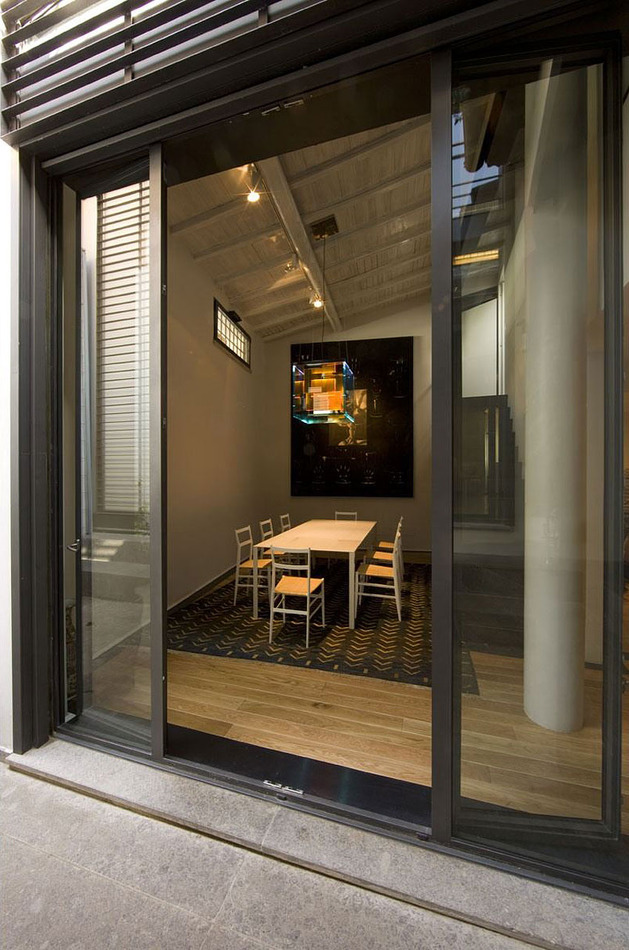 At the ground level there are big glazed surfaces that insure there is enough natural light to fill the whole volume. 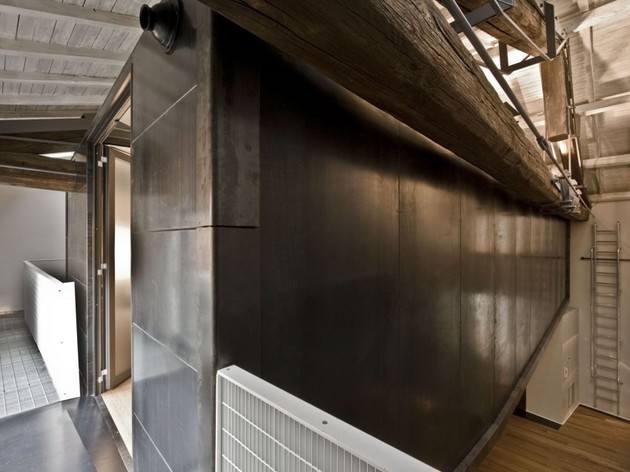 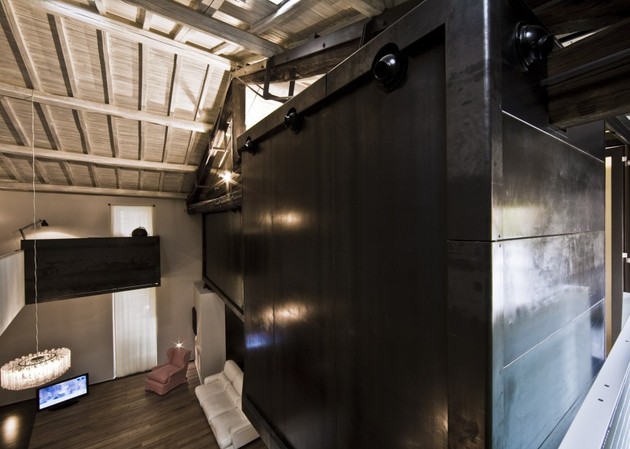 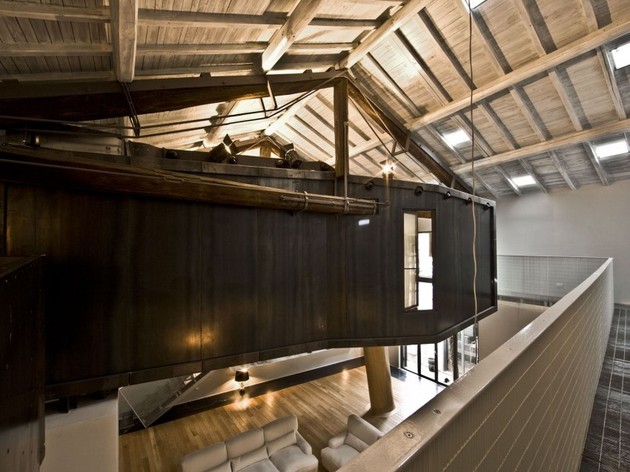 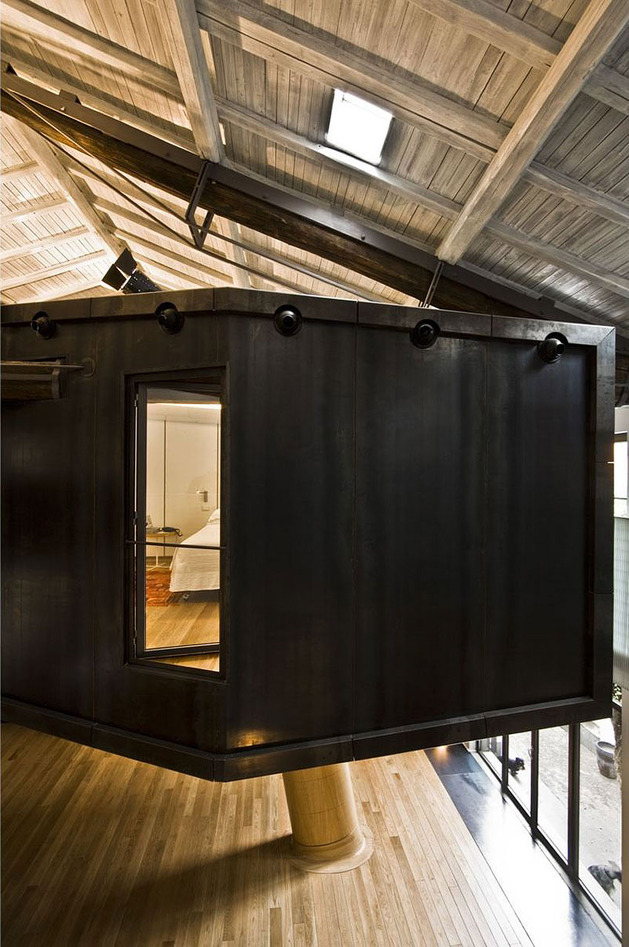 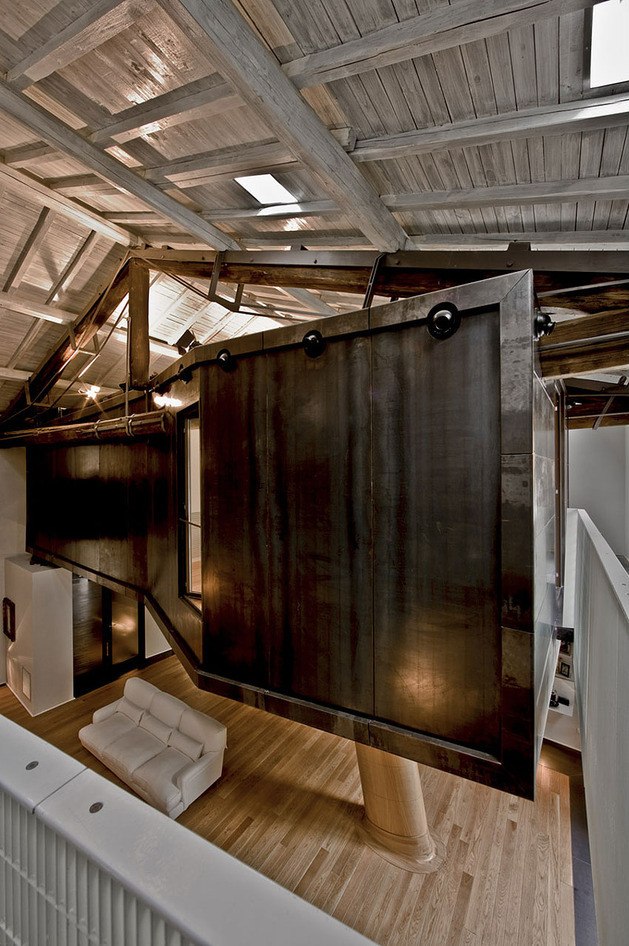 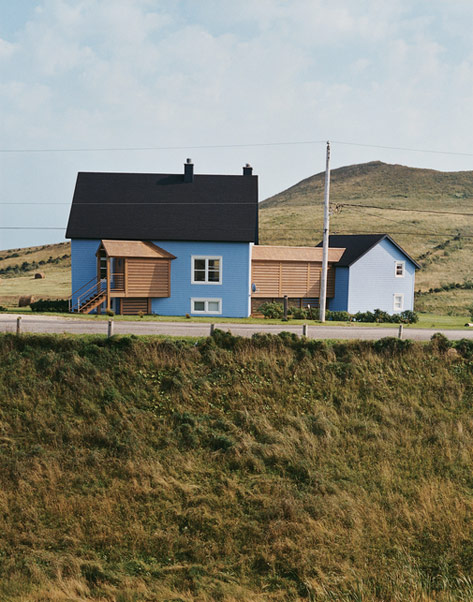 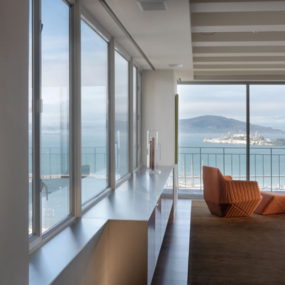 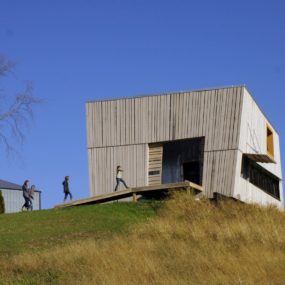