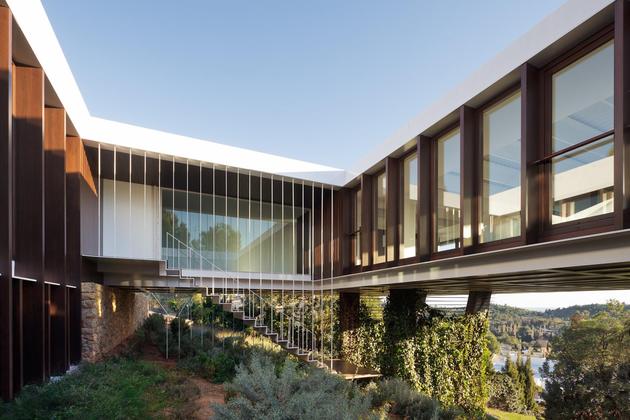 The BF House by OAB-Office of Architecture in Barcelona is located in Castellon de la Plana, Spain, on a terraced plot of 3,265sqm. The terracing is original to the 17th century architecture that was long since abandoned and no longer in existence. Over time Pine and Carob trees reclaimed the site and the architects wanted to both respect the heritage of the terracing made with local rock, as well as the preexisting trees and opted to build a home using prefabricated modular systems that could be placed on the site without cutting down any of the trees or disrupting any of the centuries old terracing, except to rebuild the damaged sections with the same stone originally used. 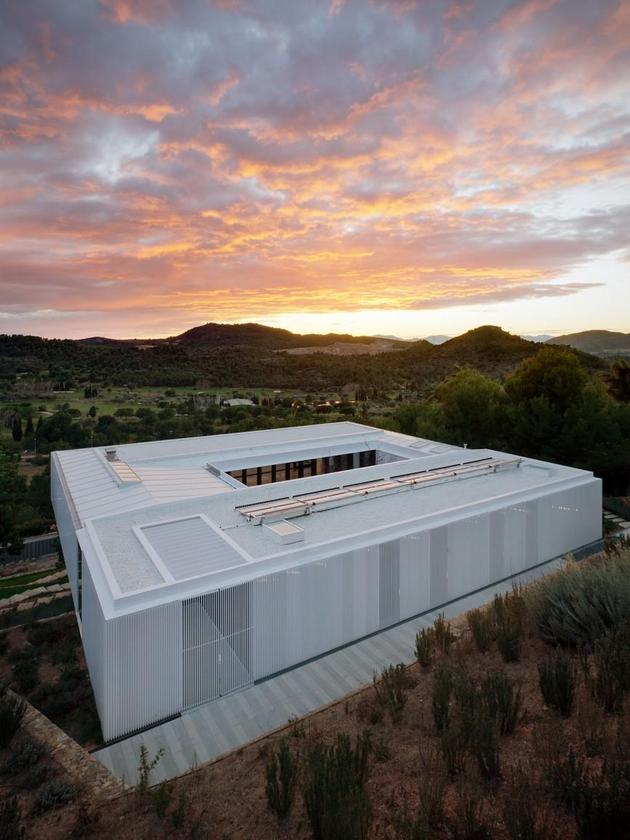 The garage and auxiliary areas of the home are buried and the initial install of the garage allowed the construction crews to access the upper levels by forklift from a ramp that entered the garage 13m under the access level that connects the two volumes. A preexisting stone terrace supports the back part of the structure and solar energy panels with heat pipe technology where installed on the roof to ensure that there will be hot water available for both domestic use and for the under floor heating system. 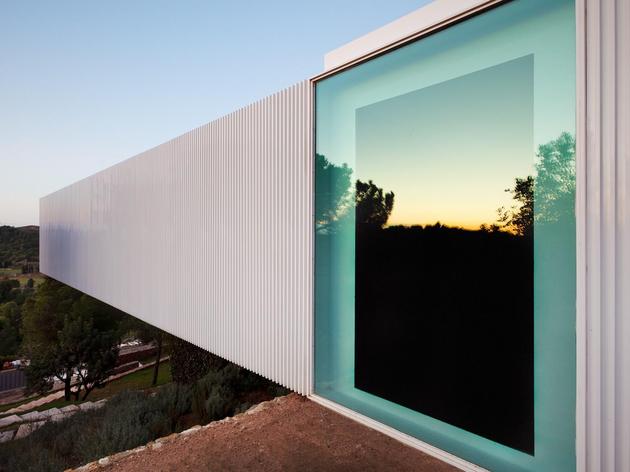 To lessen the impact on the property, the architects chose a metal structure fabricated in a workshop off site before being transported via a flat-deck truck in large sections that could then be assembled on 3 metal, V shaped pillars. The facade is finished on the outside with corrugated sheet metal to prevent glare and heat due to the shadows created by the vertical voids. 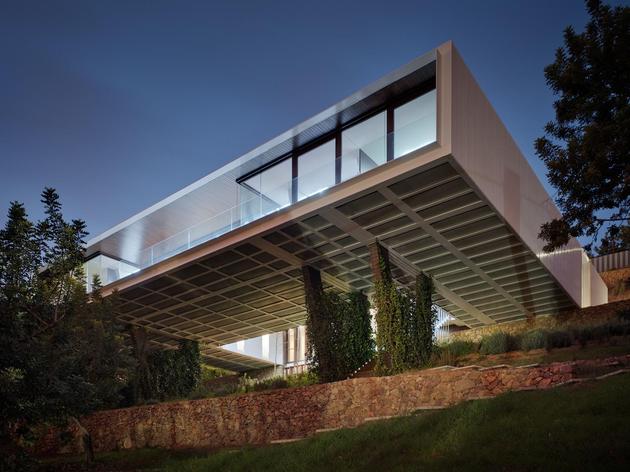 Designing the home around a courtyard that is open from below, due to the slope of the land, allows access under the house while at the same time allowing air currents to cross the patio, taking advantage of the different orientations of the home. This reduces the need for using the air-conditioning. With the home revolving around the courtyard, all the rooms face both the sun and the views. 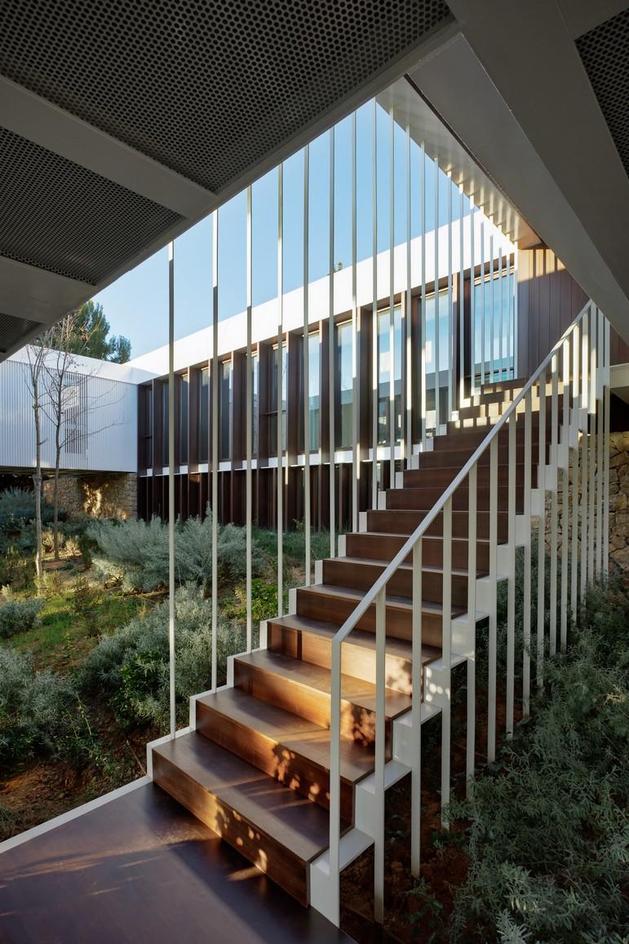 Flights of stairs lead down to the courtyard as well as up to the suspended portion of the home. The stairs are also prefabricated steel that has been folded in one continuous form of riser and tread with the balustrade creating both safety and structural support. 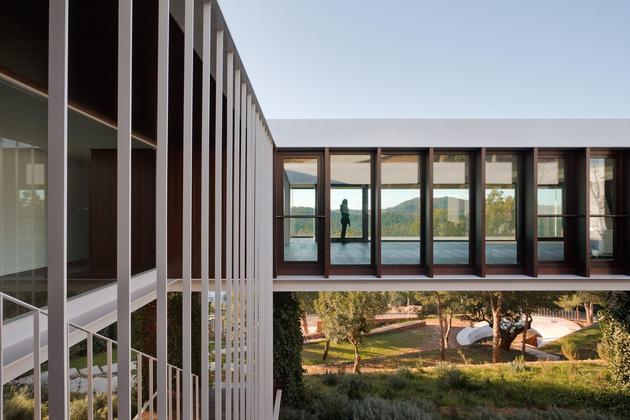 The balustrade extends all the way up to the roofline, creating a geometric repeat pattern that blends harmoniously with the mullions between each window glazing. 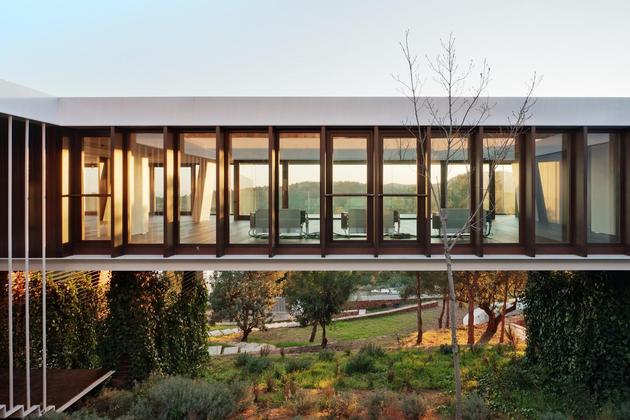 With the lay of the land being as sloped as it is, the views are not just for those inside the BF House, but also for those enjoying the outdoors from the central courtyard itself. 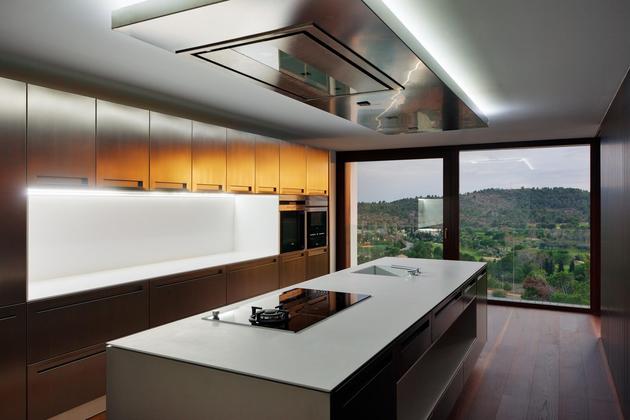 The kitchen is located in the corner of the two storey section of the home, and even though it is not facing down the slope, the views are still pretty awesome. Taking advantage of the views, the room is designed with a wall of glazing to the view and a large island for prep space, sink and cooktop. The only upper storage wraps around a counter void on the one wall with cabinetry. Beautifully modern, this kitchen is a chef’s delight. 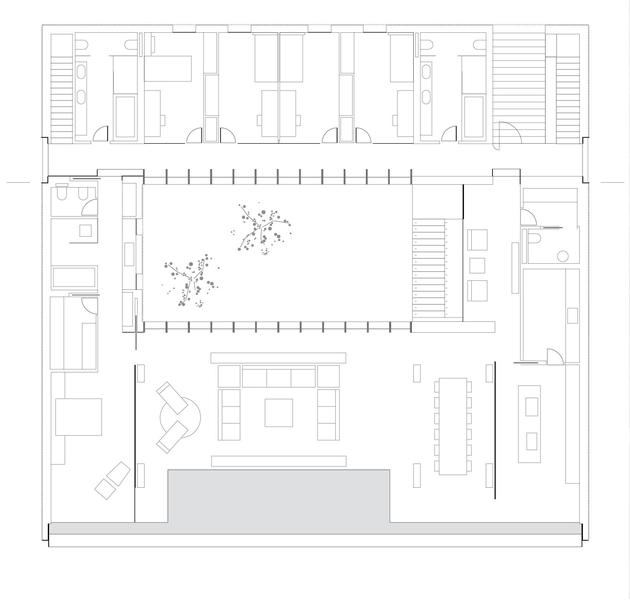 The design is a clever use of the preexisting terracing and the courtyard that the architects created based on this terracing is simply awesome. 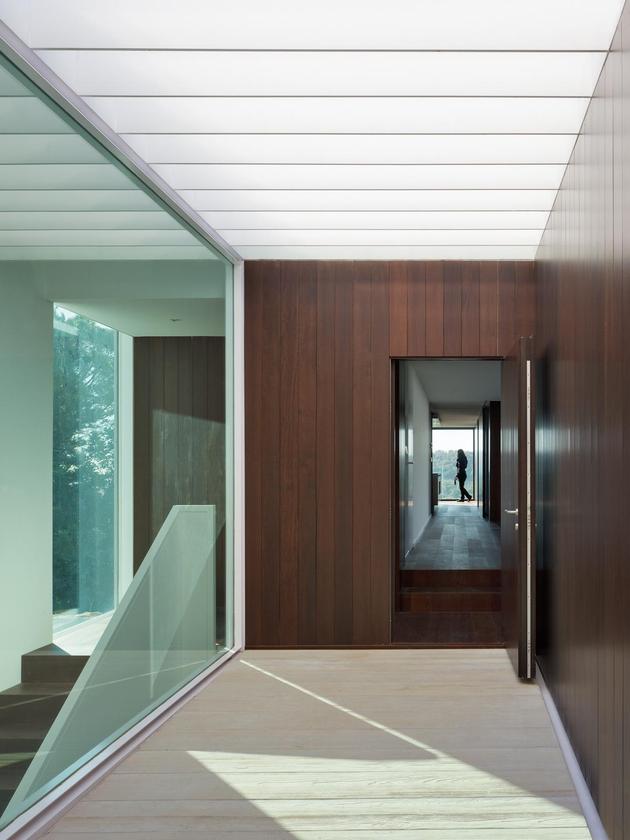 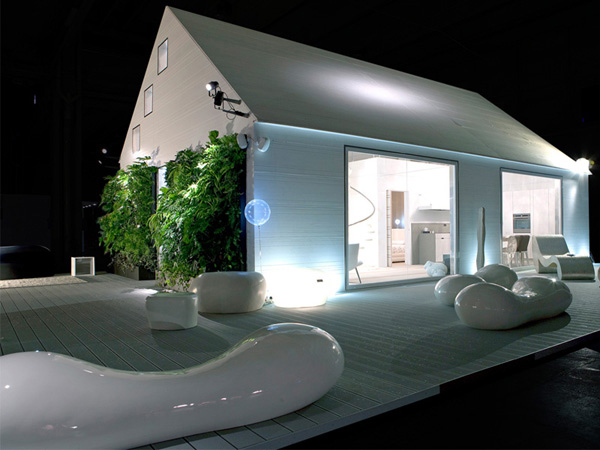 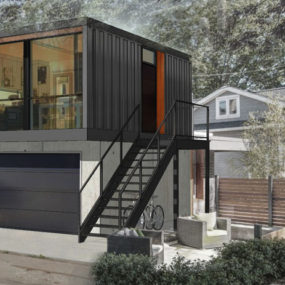 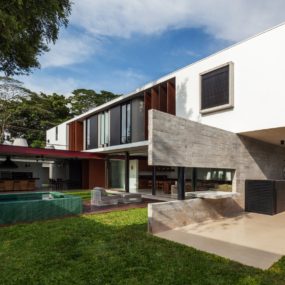 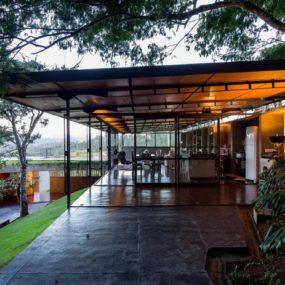 Home with Stepped Architecture Takes Advantage of the Sloped Site

Home with Stepped Architecture Takes Advantage of the Sloped Site