Going Vertical With A Rooftop Village Addition In Rotterdam 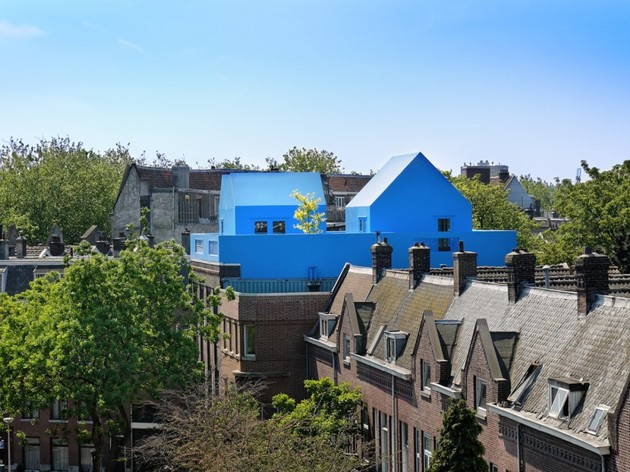 Many traditional European apartments have serious space constraints on the inside, with outmoded construction techniques taking up significant square footage. While major structural renovations are possible, they’re rarely cost-efficient, and there’s still only so much extra space you can extract within a single building’s walls. As a result, many families are forced to choose between city life and personal space. Fortunately, there’s another solution that doesn’t involve relocation or a stratospheric renovation budget.
Part of the architecture giant MVRDV’s far-reaching “Vertical Village” project, this apartment in Rotterdam is a fine example of an expanded home for top-floor dwellers. It also hits on the privacy problem that often plagues urban dwellers, in addition to creating a common space for more than just one family. With a couple of simple, arched-roof rooms added to the flat roof of this Dutch building, the floorplan of the top floor opens up considerably, allowing for the creation of an open space inside the building. Along with different concepts based on the same premise designed for Asian cities, this Rotterdam gem is part of a traveling exhibition of real and theoretical apartment renovation and new-building designs to reinvent city space as both more social and more private, depending on the situation. New spaces are added for neighbors in traditionally closed-off apartment complexes to intermingle, but individual apartments are designed to enhance the personal nature of each occupant. Of MVRDV’s various approaches to that goal, this apartment is the most concrete and fleshed-out design, and adds a whole new element to outdated apartment buildings. 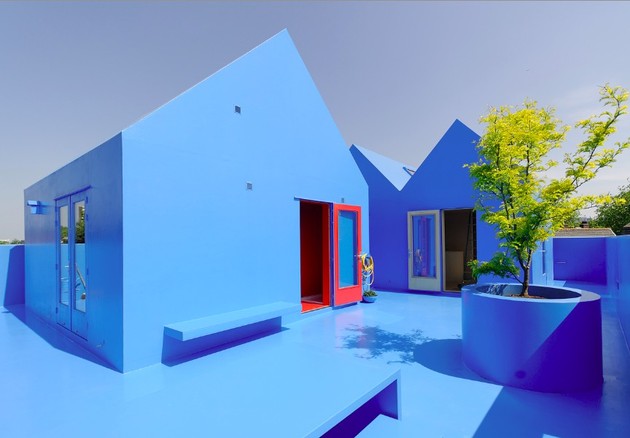 The key feature of this rooftop addition to the apartment is not the extra space by itself, but how that extra space is laid out. There are two distinct structures on top of the home, each with its own staircase leading up to it. The rest of the rooftop is an outdoor social point, kept free of any permanent structure so patio furniture can be moved around or even removed if need be, fitting any occasion. 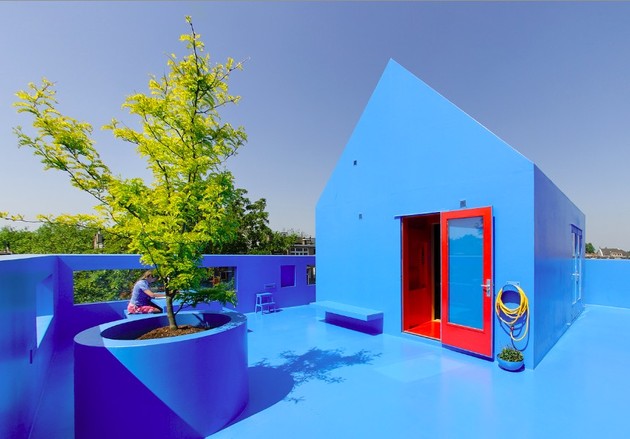 Each section of the addition is its own miniature apartment for one person in the family, providing older children with the relative autonomy they desire while keeping them close at hand. This also gives parents their own privacy, and each structure leads out onto the common space for the entire family to meet up whenever they wish. 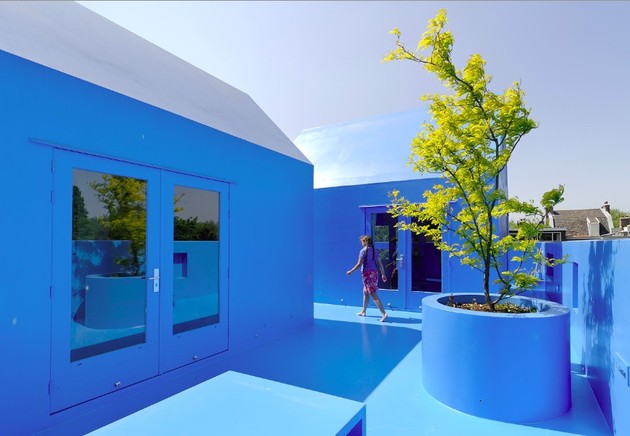 The addition concept could also be applied in the context of micro-apartments for non-family residents, with each unit being its own small space for a single person or a couple. This would give the apartments a village-like feel, with a space in the middle for all residents to meet up. 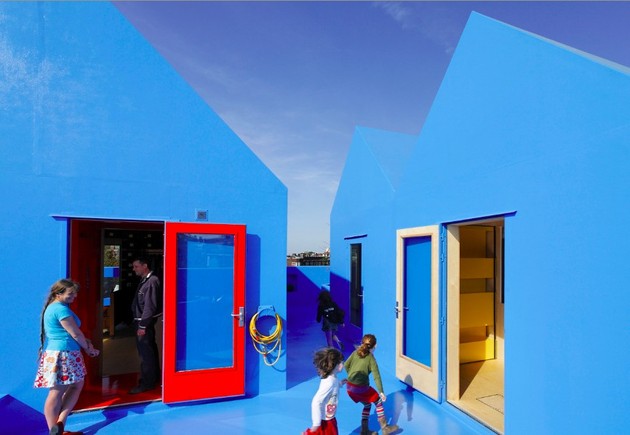 When kept free of furniture, the rooftop makes a fantastic fair-weather world for children to play in. With furniture put in place, it easily becomes an event space or a dining room under the stars. 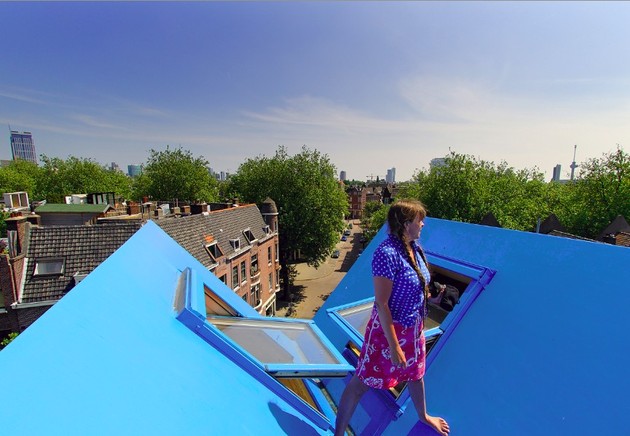 Since it’s ever-so-slightly higher than the surrounding buildings, the addition provides beautiful views of its wooded neighborhood in Rotterdam. 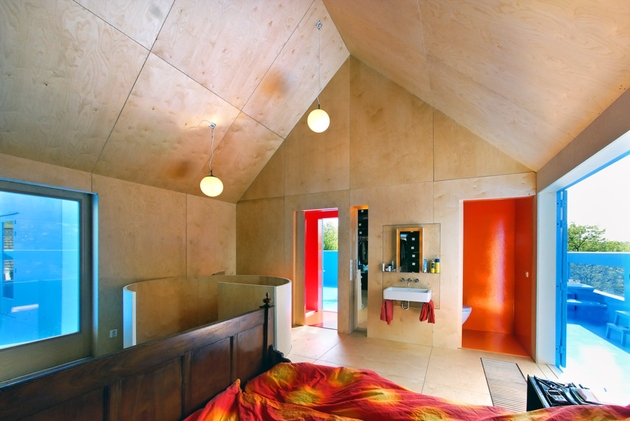 The most elaborate of the two small units in the addition is this master bedroom building, which has significantly more space than your typical master in the city. The room could easily fit a desk or even a couch, and still has space to spare for the spiral staircase that leads into the main complex below. 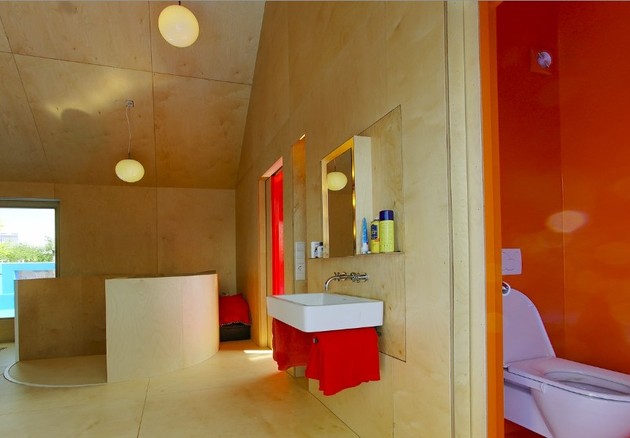 The master bathroom is not elaborate, but is attached directly to the bedroom for discreet and simple access. The space on this side of the bedroom, like that on the outside, is kept deliberately open and customizable. 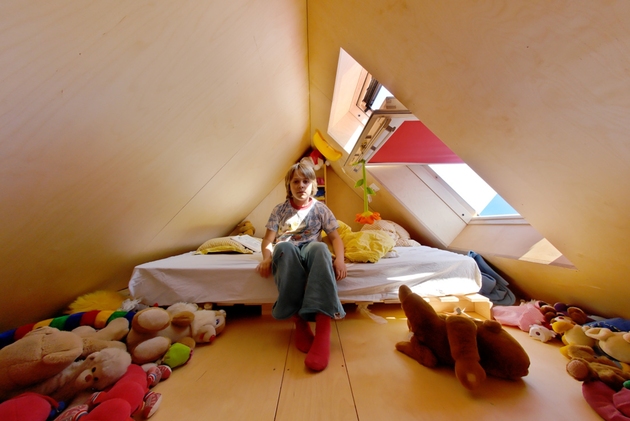 In the half-story rooftop of one of the bedroom units, with an entrance that leads directly into the bedroom below it for monitoring, is a tiny, serene bedroom for a young child. 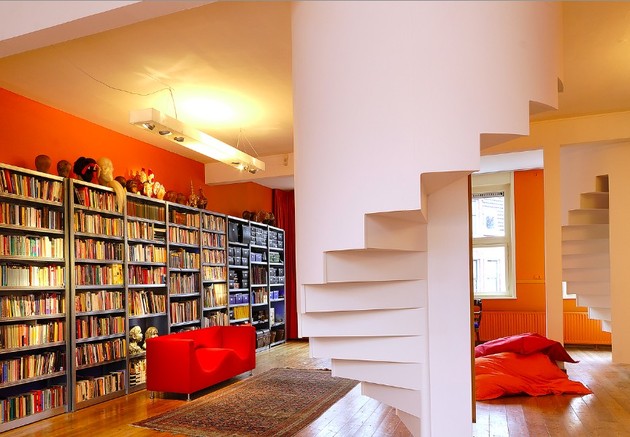 As mentioned earlier, the relocation of bedrooms and other important facilities to the rooftop addition helps to free up plenty of space on the floor below, and it shows here. Almost the entire top floor of the traditional section of the apartment building has been turned into an open, orange living space complete with a library. Such a huge space is barely ever found at a reasonable price in any common city apartment. 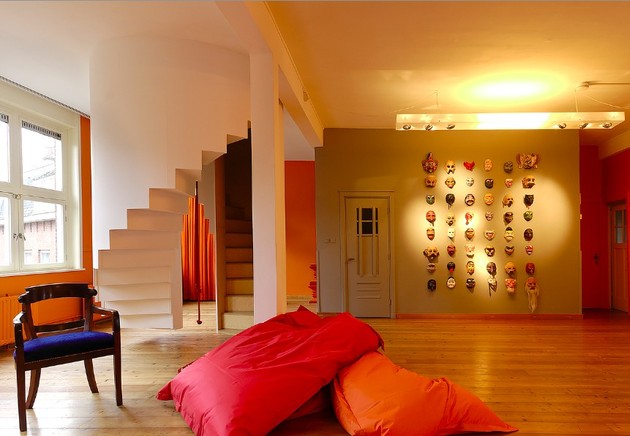 Both individual units on the rooftop have spiral staircases leading down into the interior of the brick building, allowing family to move about without disturbing one another. Because of the sheer size of the living room, the two staircases are actually rather unobtrusive. 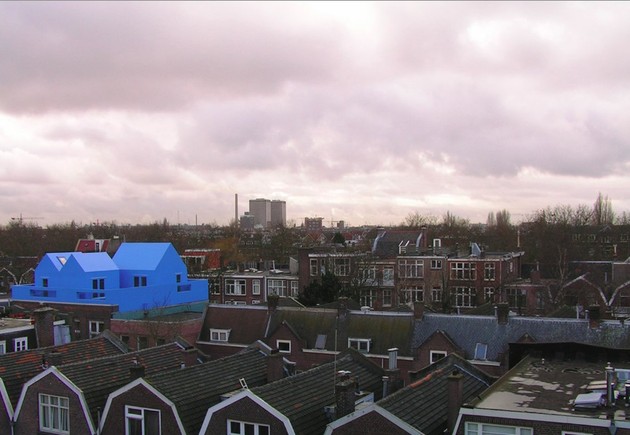 The “village” addition makes a statement from afar, striking in its color and innovative in its function. For families in the city, or just those who desire more space, it’s the perfect storm of value, design, and usability. 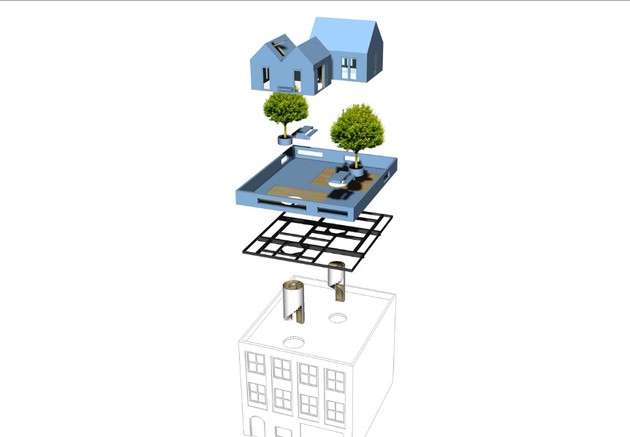 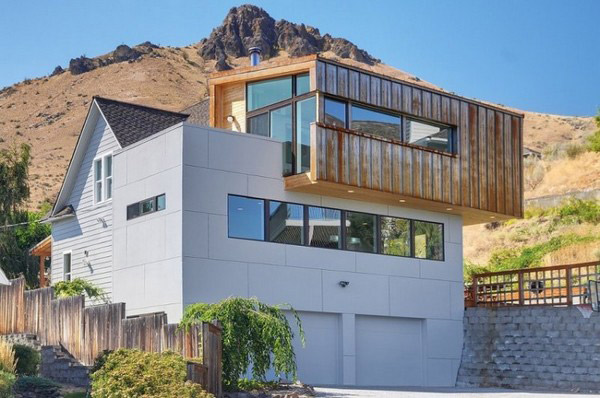 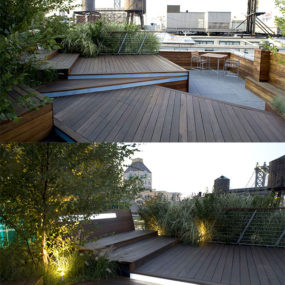 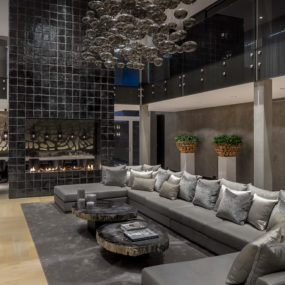 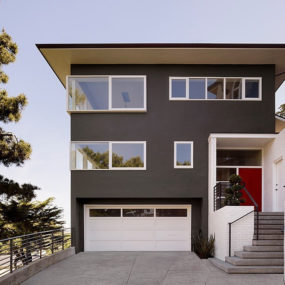 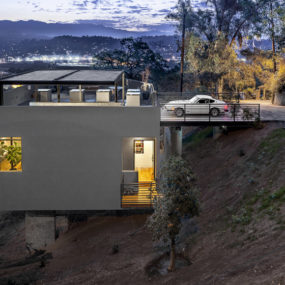