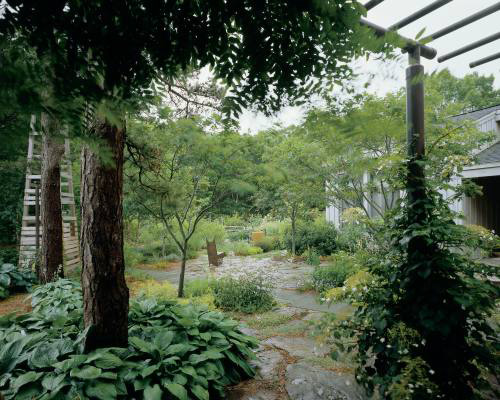 The stunningly beautiful Passage is where garden design ideas inspired by ancient Japanese Tea Gardens. The Passage garden ideas came from the practicing Buddhist owners, and the design was a collaborative effort from landscape contractor and architect, and different artists to create a spiritual retreat to accommodate everyday functions as well as a space in which to be nurtured and find rest and peace.

The Passage is a contemporary interpretation of an ancient design. The garden is on a wooded, 10-acre lot in New England, Massachusetts, on which an existing house stood for about 20 years. An addition was put on the main house, a private temple was turned into a guest house, and a connecting bridge was built between a new bedroom and the main entrance.
The idea behind “roji” (or “passageway”), an ancient tea garden, is that the “garden was designed not to be viewed from a single location, but as a series of experiences along a path leading to the tea ceremony.” It can be appreciated from many locations – not just looking into the backyard from a kitchen window, as we do.
The viewing areas in The Passage include a parking court and entry garden with a curving fieldstone wall that emerges from the woods, a steam garden, a courtyard garden, perennial borders, a woodland path, and a meditation circle. A koi pond, a soaking tub, a ceremonial planter, water basins that collect rain water, an outdoor shower that doubles as a lantern, and a stone path all add to the ancient appeal of The Passage.
The Passage received the Residential Design Award of Honor from ASLA. 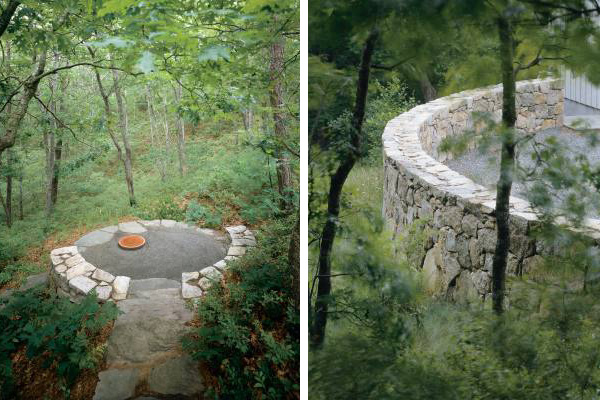 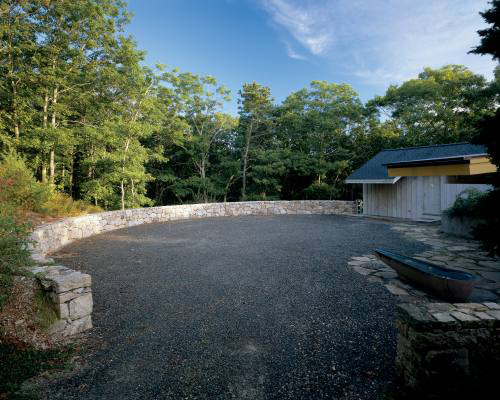 At the beginning of the path, at the property entrance, there is a circular parking lot that is enclosed in a curving fieldstone wall. It repeats the bowl shape of the nearby kettle hole.
Similarely, at the end of the path, there is Meditation Circle, “a small terrace overlooking the woods, where the third Tsukubai – the Woodland Bowl – rests.” “Sitting on the rim of the vast kettle hole, one is consumed by nature, and moves effortlessly from the worldly to the spiritual.” (Photos by Brian Vanden Brink) 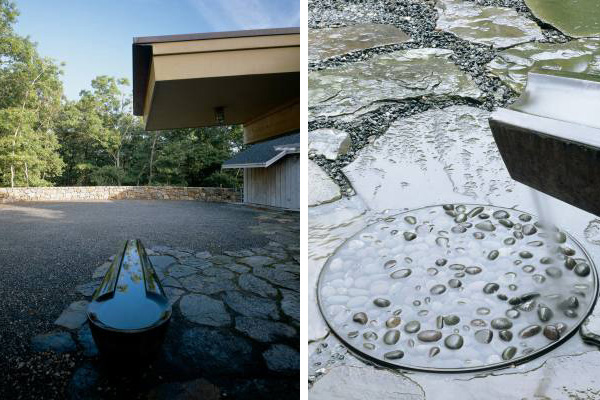 Also at the entry, is the first of three Tsukubai – the Raincatcher – a cast concrete water feature which collects falling water from the roof. “Water overflows from the Raincatcher into a copper ring filled with washed stones.” (Photos by Brian Vanden Brink) 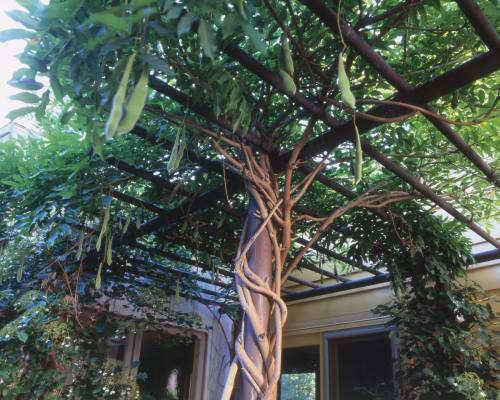 In ancient tea gardens, one would find a wooden arbor defined with mortise and tenon joints, but in The Passage, an arbor is made up of a grid of copper piping, strong enough for hardy and fast-growing Wisteria vines. (Photo by Brian Vanden Brink) 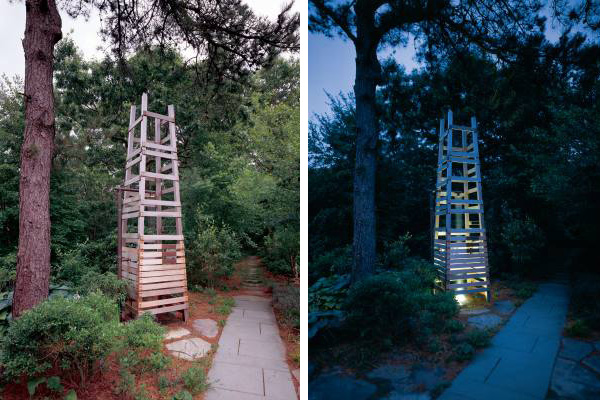 The Akari outdoor shower also serves as a light tower. Drawing from the design ideas of traditional rice paper lanterns, the shower is constructed of copper pipes and wood slats and is illuminated through a custom fiber optic system. (Photos by Brian Vanden Brink) 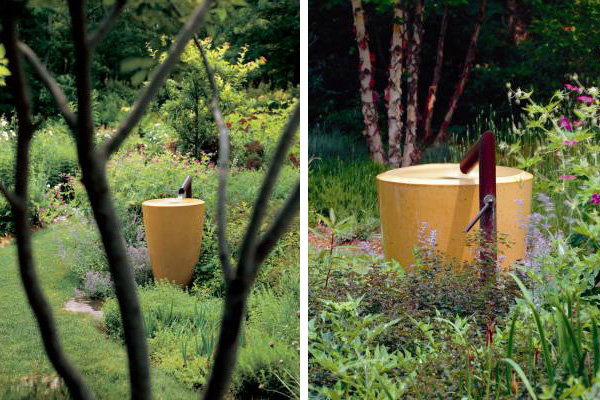 In the perennial garden, the second Tsukubai – the Garden Sink – “incorporates copper detailing of the shower and arbor”. (Photos by Brian Vanden Brink) 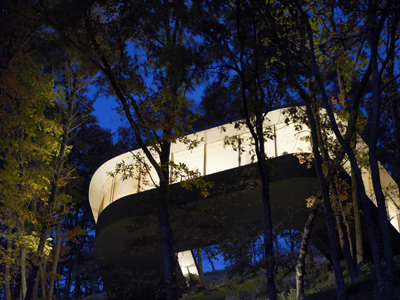 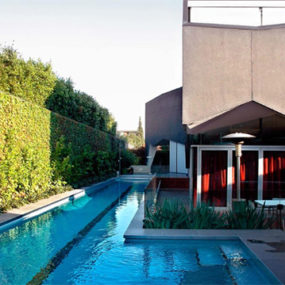 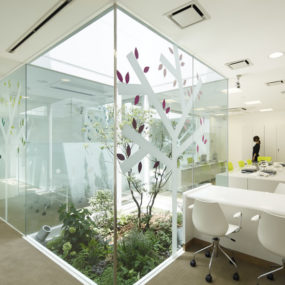 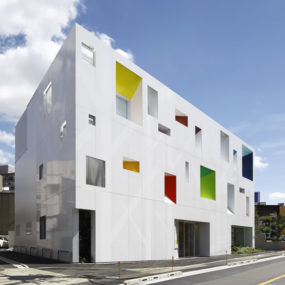 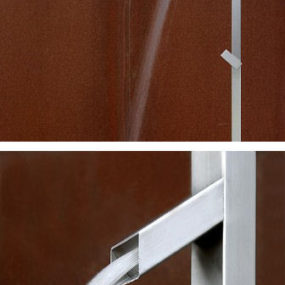