The Tea House, a design by Archi-Union architects, is located in Shanghai, China, in the backyard of an office where an old warehouse used to stand. The site is narrow and only has one side that is facing an open land, and that land had both a pool and a mature tree that either had to be removed to make way for the new building or kept and incorporated into the final design. Luckily the owners and the architects where forward thinking enough to choose to keep the pre-existing tree and design around it, allowing the tree to grow through the second story terrace. As distinct a statement as the tree is, the concrete building is also defined by its complex curves and angles created via digital architecture and creative on-site problem solving. 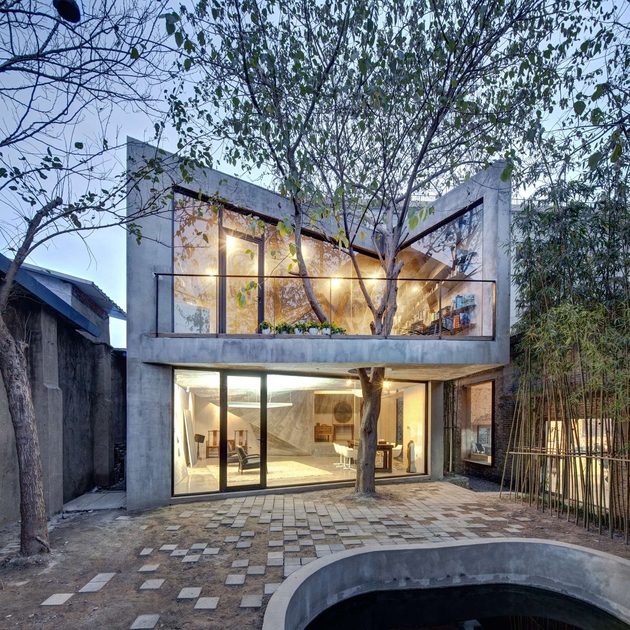 Aside from keeping the mature tree, the forms used to build the concrete Tea House where constructed from salvaged parts of the site’s original warehouse’s collapsed roof which further makes this structure an environmentally friendly structure. 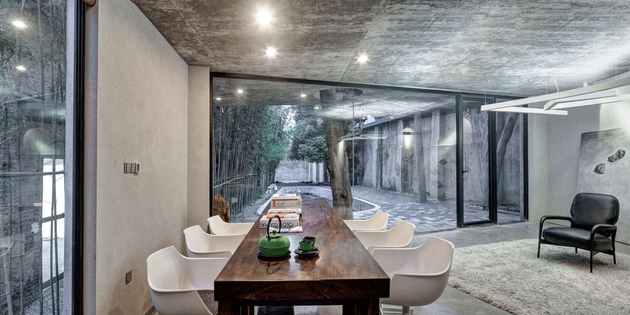 To maximize the small footprint available to the building, Archi-Union created a quadrilateral layout that is divided into 3 parts, a covered public area next to the pool, an enclosed tea house at ground level that opens to the pool zone and a library with a small triangular terrace on the first floor. 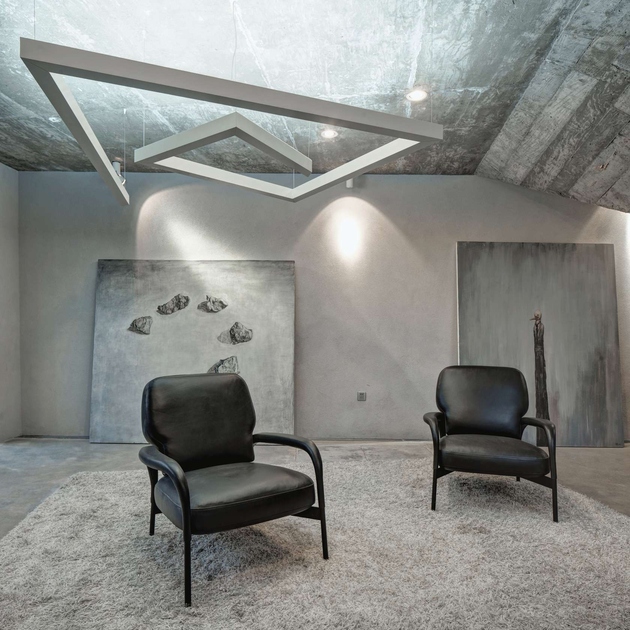 The concrete structure was created using timber formwork and the remaining patina of the forms such as bubbles, adhesive failures and exposed rebar, where kept as an integral design feature, displaying a visual story line or memory of the construction process. 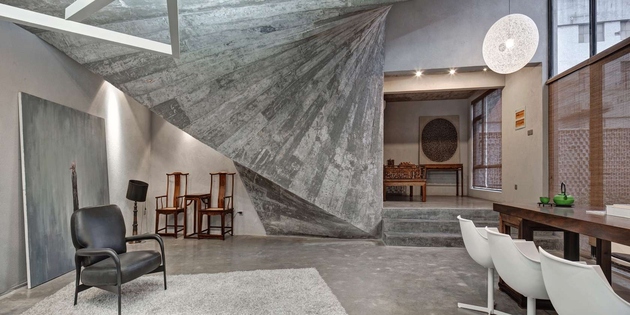 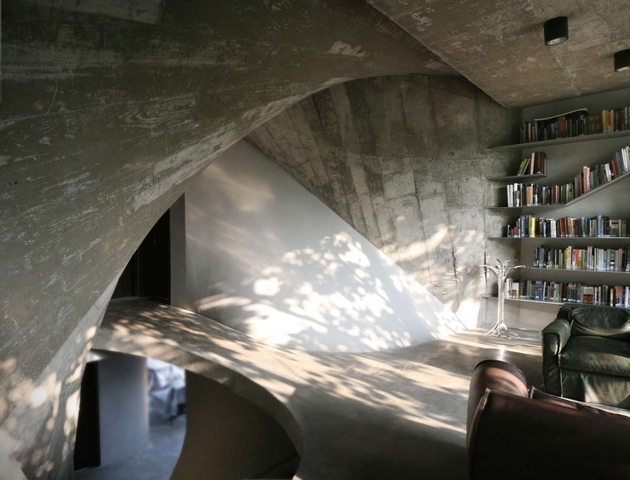 A concrete bridge leads from the stairwell to the library. The bridge is as irregular in shape as the walls, offering an abstracted illusion of exploring the history of a cave, which seems befitting the entrance to a library don’t you think?

Once in the library you can choose to stay inside and relax or continue on through a glass door to the terrace beyond. 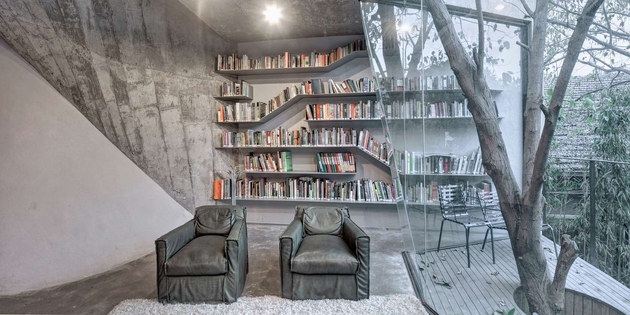 The pre-existing tree bursts through the terrace and Archi-Union reflected the splayed limbs of the tree within the horizontal and vertical angles of the glass wall between the terrace and the library. 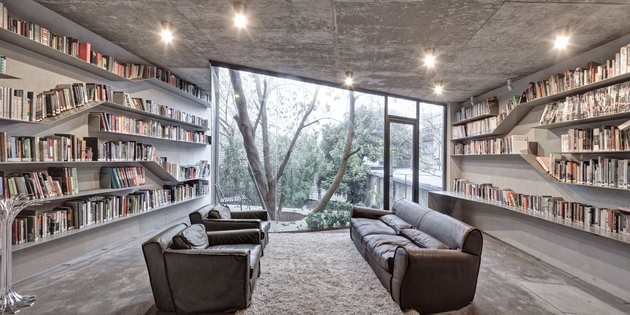 Another obscure reference to the tree is the design of the bookshelves, which take on the form of the tree laid down on its side. 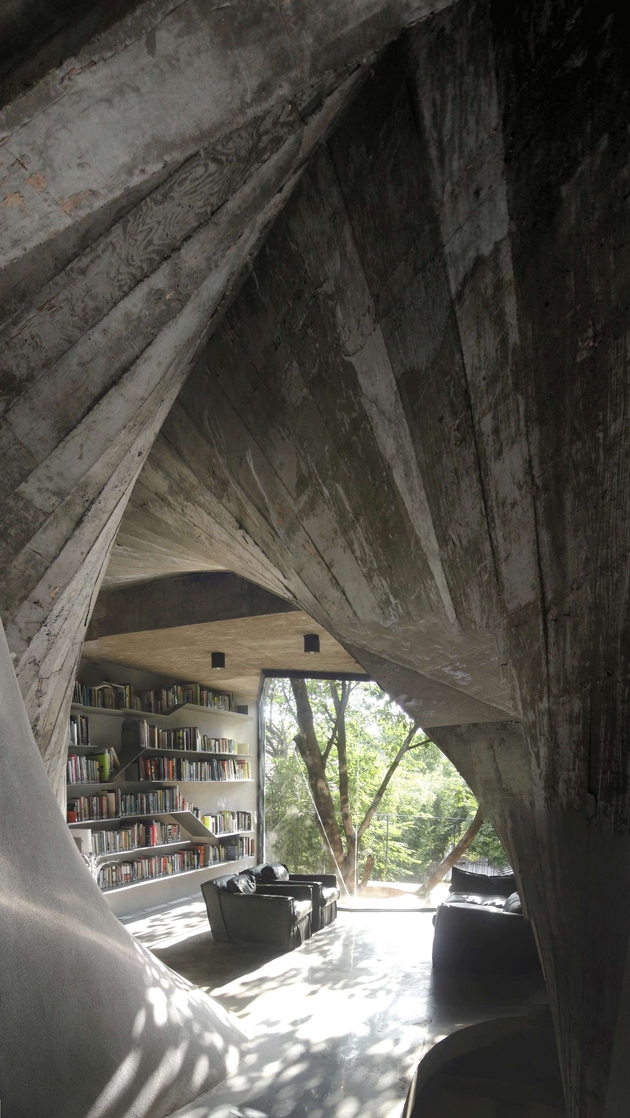 Aside from the abstracted references to the Tea House tree within the walls of glass and bookshelves, the multiple angles of the construction itself creates organic complex curves reminiscent of the great outdoors. Scanning the structural skeleton with digital software created the curved form, which was then reinterpreted through conjoined lines filled in with flat concrete planes. 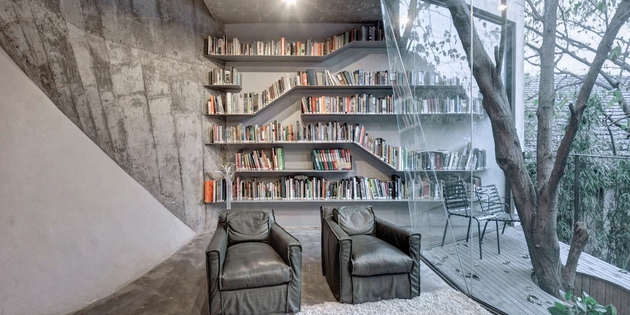 Archi-Union
Keeping mature trees and designing around them rather than cutting them down is an architectural trend that is picking up steam – see more creative examples of homes built around trees. 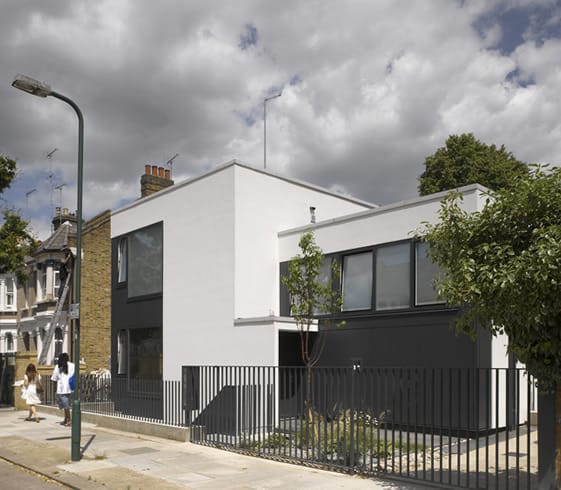 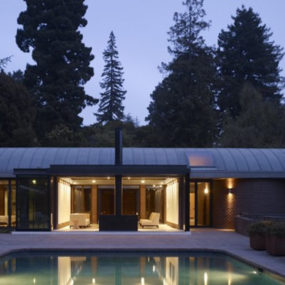 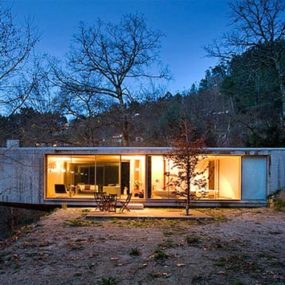 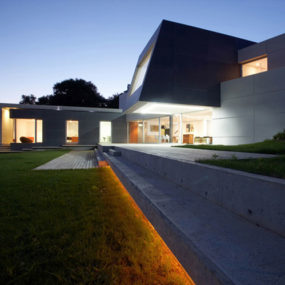 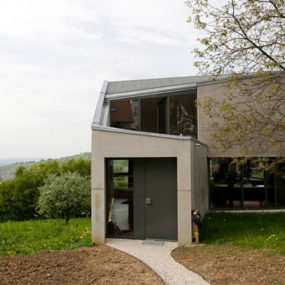