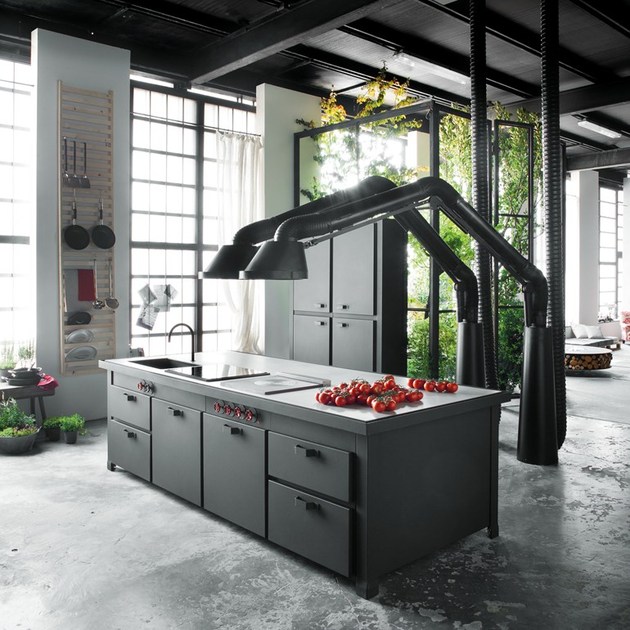 If the hardware looks familiar, it’s because we’ve written about this exceptional Mina Kitchen recently — but now they’ve added the magnificent extractor hood, Mammut, so we just had to come back and take a second look. Doesn’t this hood look like something out of Star Wars? Or maybe a periscope on a submarine? What a piece of art and function combined. We just love the way the flexible arm rotates 360 degrees. The insides boast an industrial exhaust fan, so you can cook whatever your heart desires. And the exterior is made of black graphite steel – it even sounds like it’s from the future. It’s the ideal solution for any island cooking station. With the advent of “Mammut” you don’t have to worry about a down-draft range or running an overhead fan to the closest wall (although you can purchase a wall-mounted or ceiling-mounted version). It also comes in a smaller version – for smaller abodes. But if you’ve got room (see below), go for two over a double range for maximum effect! 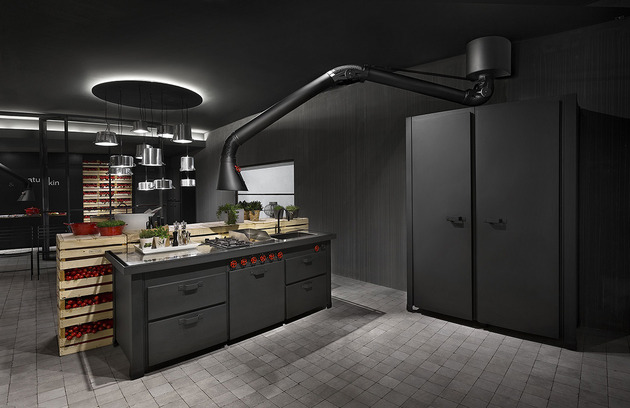 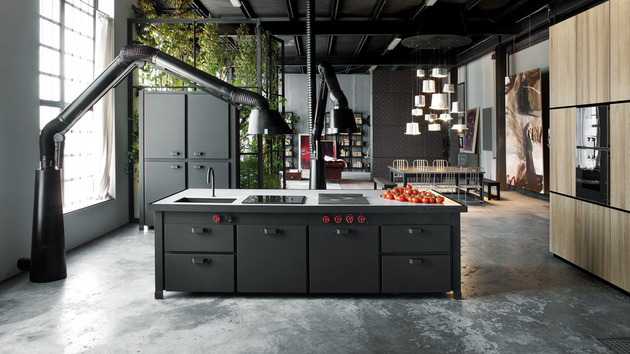 The “Mammut” fan is built for the Mina Kitchen but could go in any kitchen! 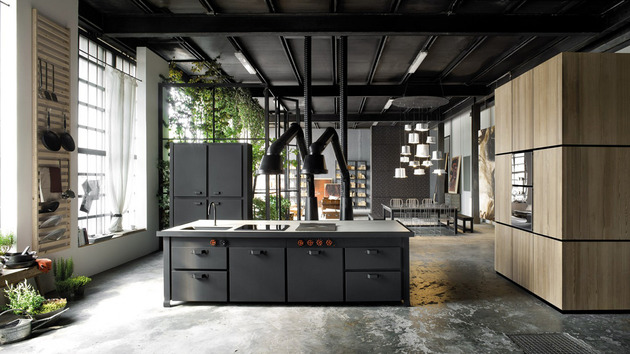 Can you imagine a kitchen with double industrial “Mammut” hoods? 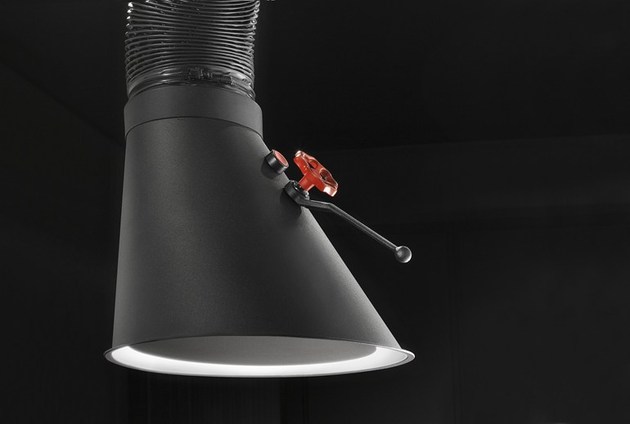 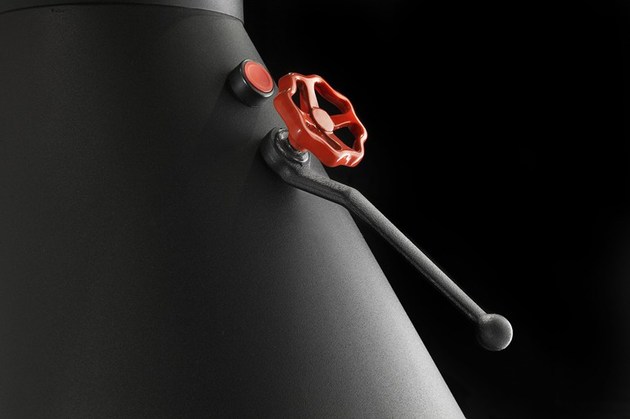 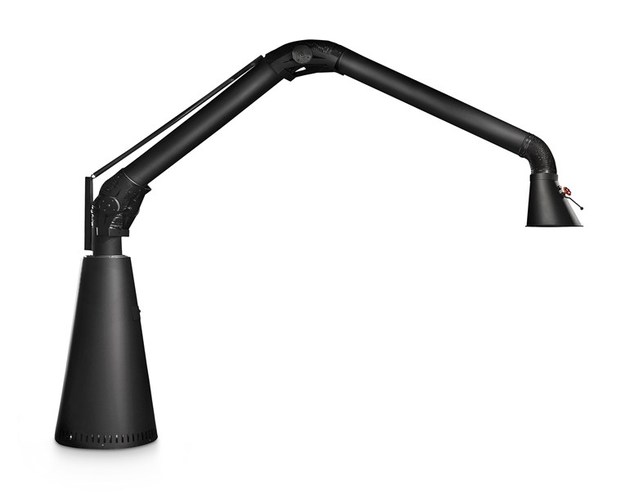 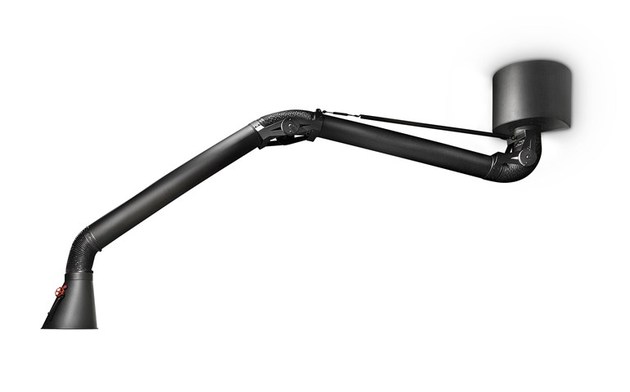 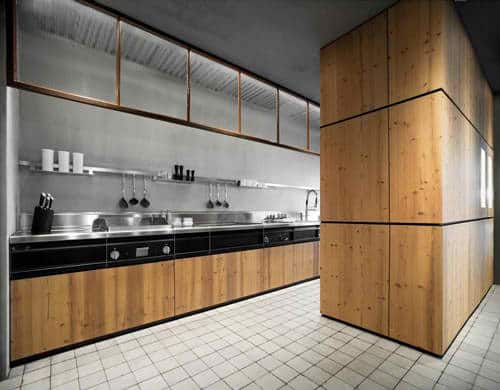 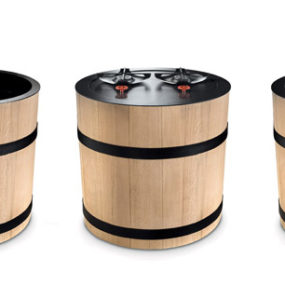 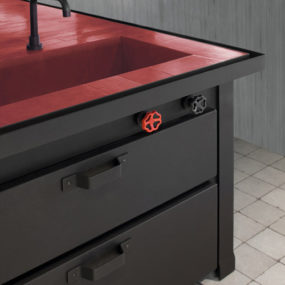 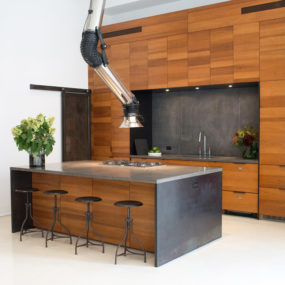 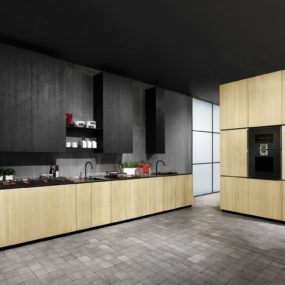 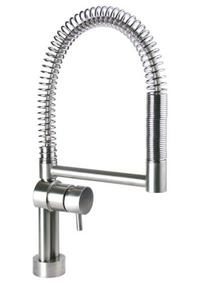