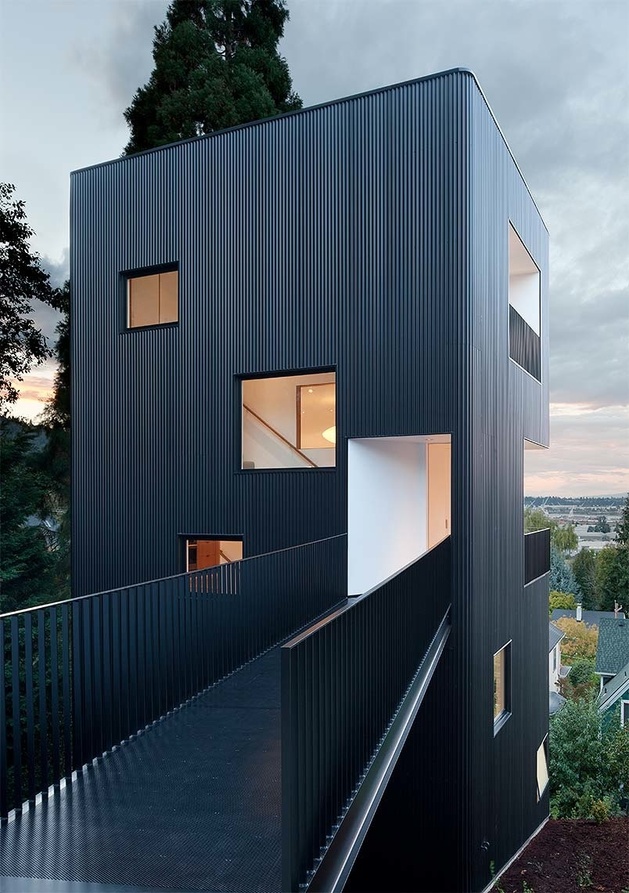 Designed by local architect Benjamin Waechter, this four-story family home makes a statement on a hillside in the city of Portland, Oregon. With an exterior of vaguely rectangular definitions, the building retains an organic and inviting shape through rounded edges and semi-random window arrangement. The layout of the dwelling is based on having one major room on each floor, with the exception of a floor with two small bedrooms. The front door to the home is on the third level, accessed by a dramatic yet understated steel bridge. The black slatted-metal exterior is contrasted by warm interior colors, featuring white oak flooring and borders. A standout construction on a city hillside, the residence still feels like home inside.

The exterior of the tall volume has a few defining features, the most unique of which is its entrance. On the third of the home’s four floors, the entry pathway is a metal bridge extending from the upper portion of the sloping lot. Because of this unorthodox design element, private spaces are located on the two lowest floors of the home with public areas above. 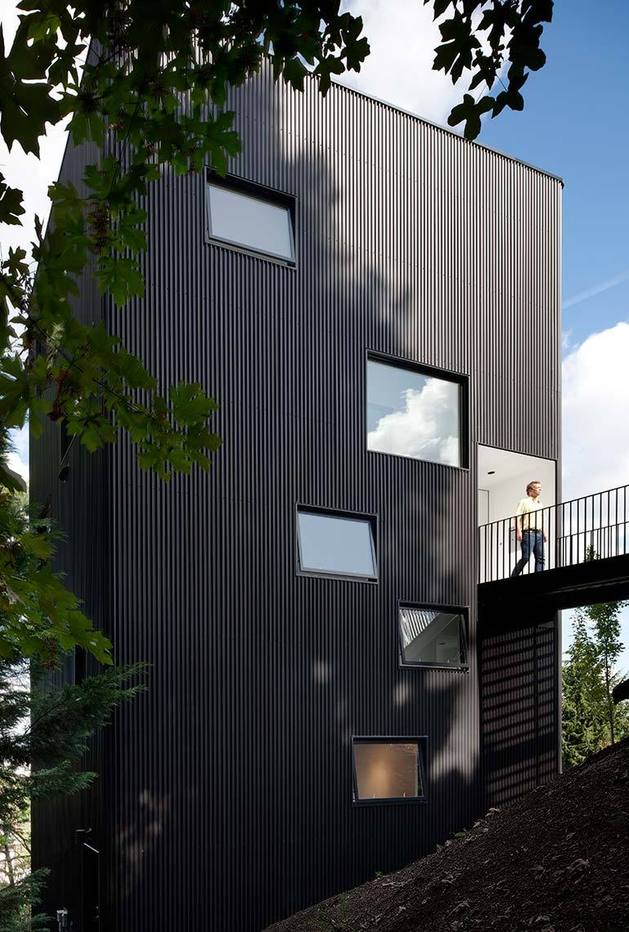 Another feature of architectural interest within the dwelling’s design is its window layout, made to look vaguely randomized and to obscure the boundaries between each level. The window sizes appear variable as well, but each window is optimized specifically for the room it’s set in. 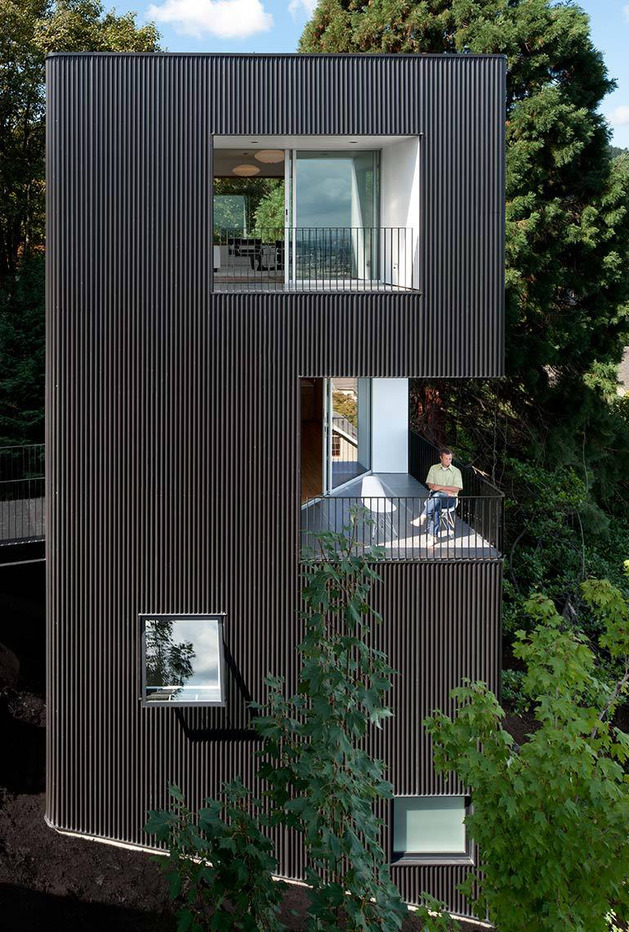 The building’s largest windows come in the form of deck doors on the third and fourth floor. The third-floor deck is placed diagonally to create a visually enticing cutout in two sides of the home’s facade. 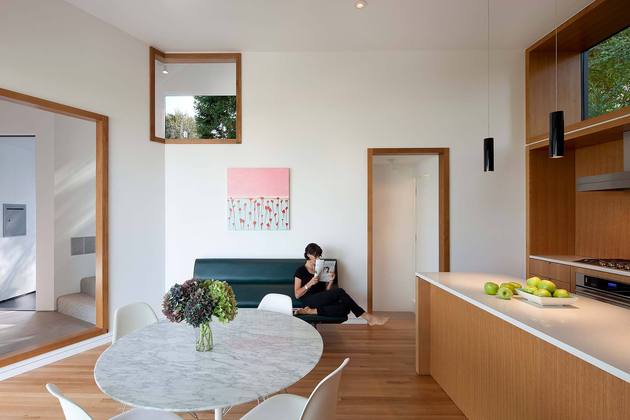 The home’s interior is bright and warm, giving a light contrast to its black-slatted outside walls. One of the chief methods used to define and unite each space inside is the wood frame on each window and passageway. Slight differences in elevation between each area also help to distinguish between passageways and rooms on each compact floor.

Custom fixtures and cabinetry in the kitchen are done up in the same wood hue as is used as an accent all over the house. No matter where you look inside, a window brings in light from the outdoors. 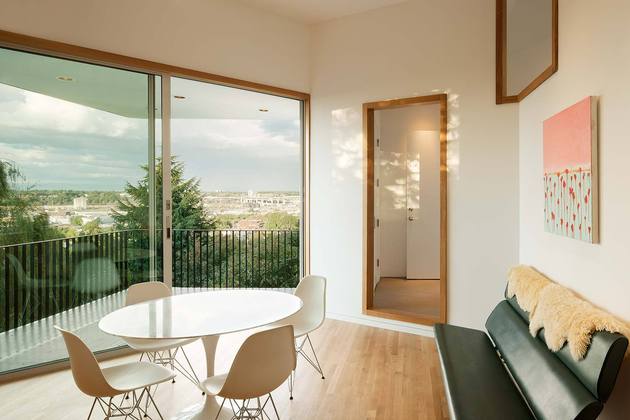 The third floor serves a social multipurpose area, with a sitting/dining section next to the kitchen and the diagonal deck off one edge. The door to the home enters here, making it a key passage point for residents and visitors alike.

The deck is situated on a downhill corner of the house, providing expansive views of Portland and the city’s surroundings. 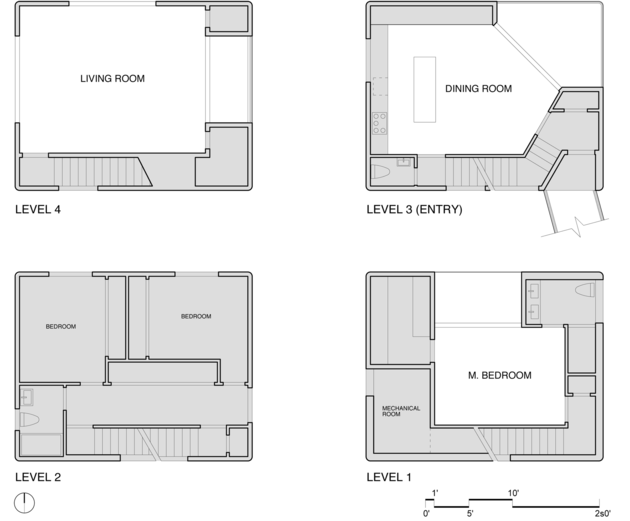 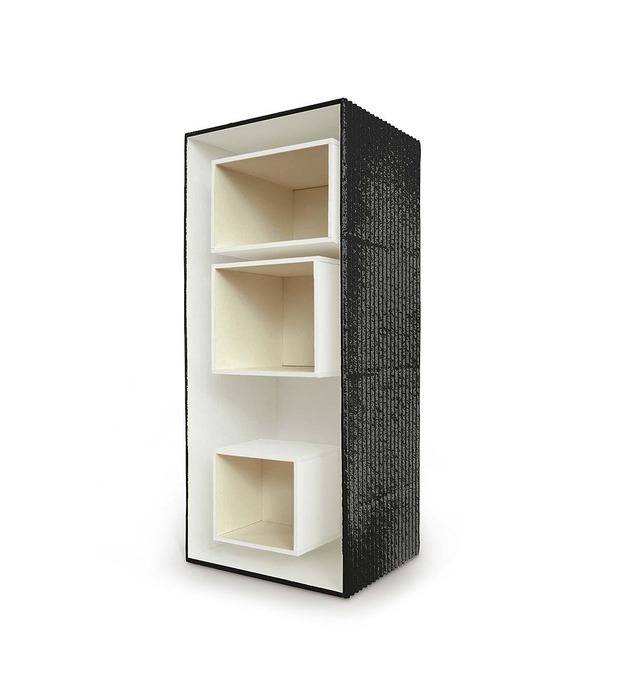 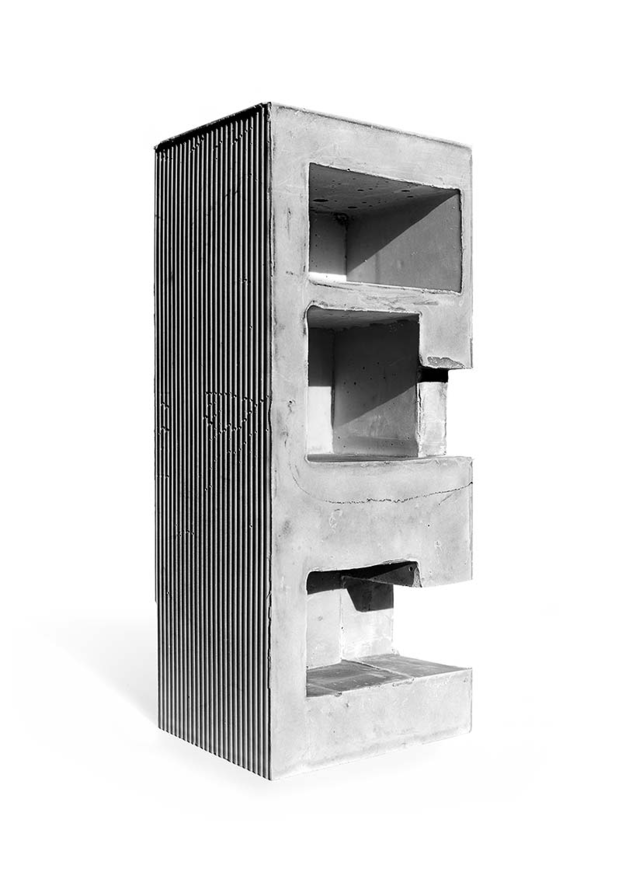 Each main room occupies an individually-shaped central portion of its floor, with supporting rooms and storage surrounding it. 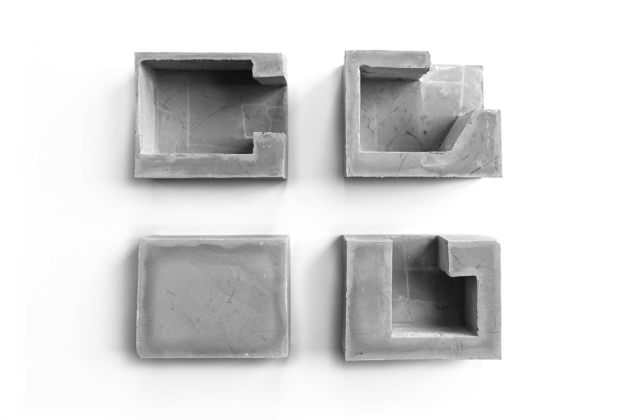 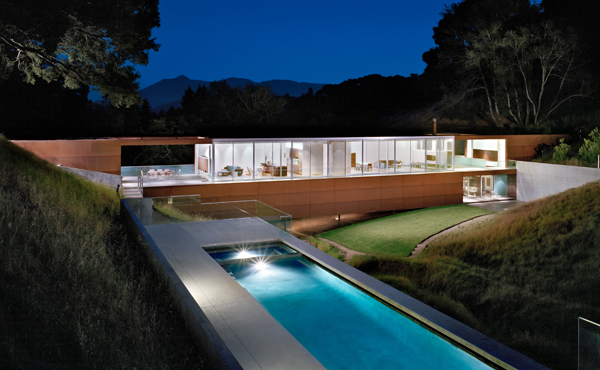 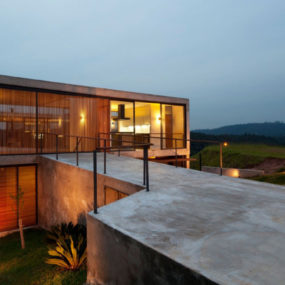 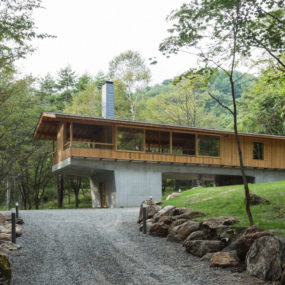 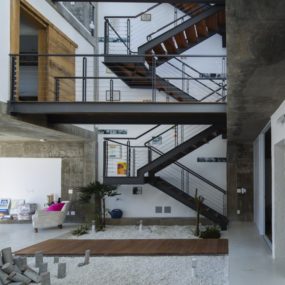 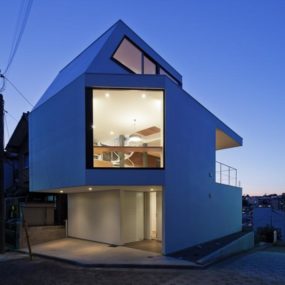