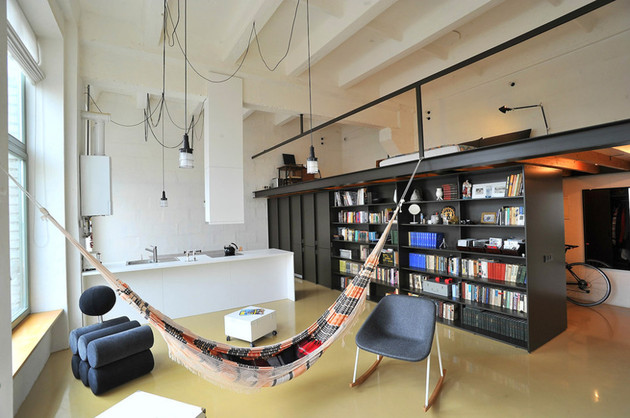 Built in 2011 in a city not often known for its modern residential design, this Lithuanian flat is on the frontier of the modernization of Vilnius’s city-center buildings. Designed by the local firm INBLUM, the layout of this residence is one of the first and only loft-style apartments within the city and even the country. This structure is due to the fact that it occupies a once-vacant former factory building, with super-tall ceilings and exposed structure. In line with modern design traits, the factory structure is light and airy, with huge windows and open-format spaces. Almost every room in the flat is actually part of a single overall space, making them all seem uncrowded and contemporary.
Structure alone isn’t completely responsible for the current-day style of this apartment: furniture, fixtures, and built-in features all play a role as well. The living room eschews traditional soft couches and wooden end tables, springing instead for a central hammock and two creative chairs around it, each complete with a wheeled trunk as a companion. One corner of the abode is decked out in the white, home to a kitchen with long-handing cabinetry over the stove. The loft bedroom is tucked under the rafters, with a full view of the apartment below and plenty of undefined floorspace on its own level. Each part of the flat is definitely distinct, but they also all work in harmony. 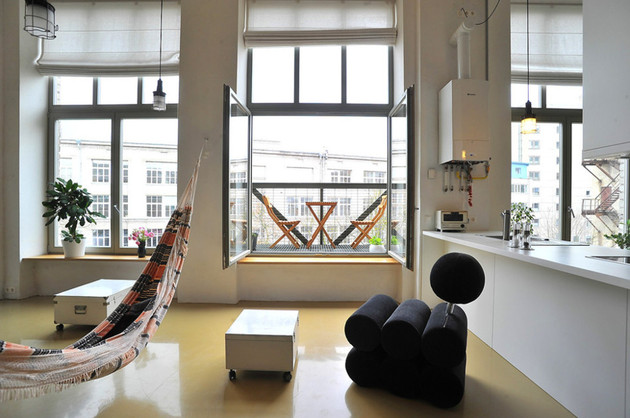 One of the large windows that line one side of the flat steps up onto an intimate deck, providing an escape from the indoors without an obvious doorway to bring attention to it. 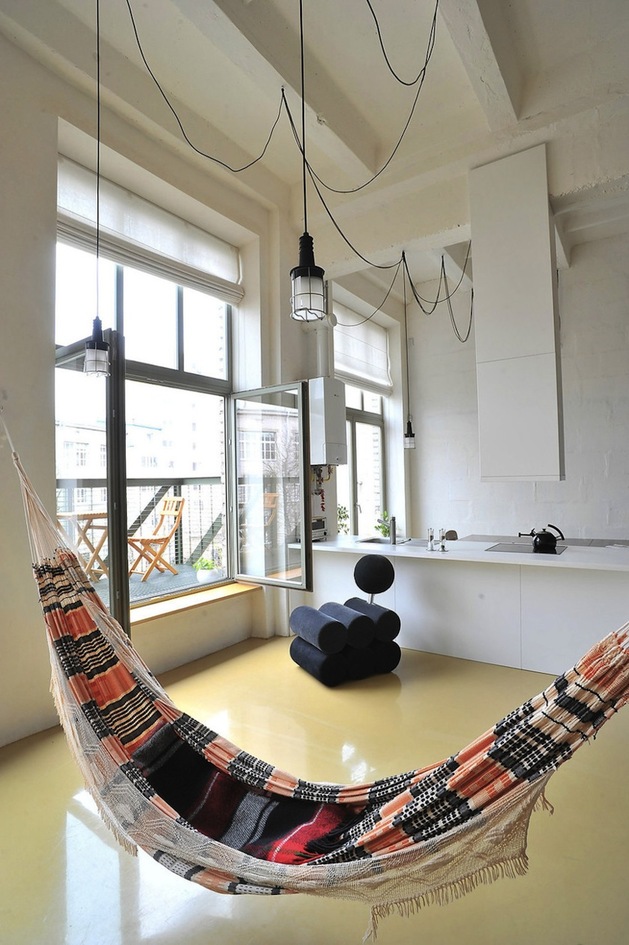 The choice of a hammock for the principal living room furniture piece is interesting, and certainly accents the personal nature of the apartment. 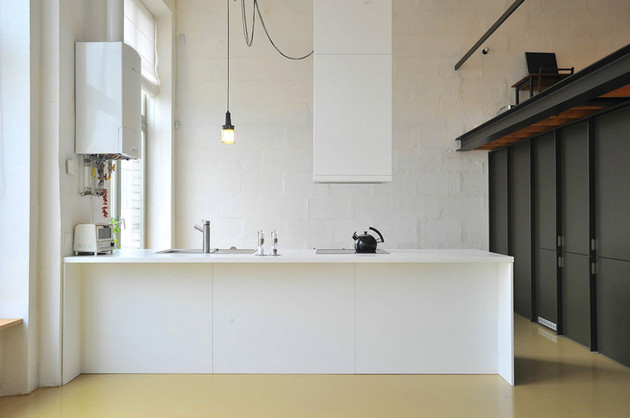 The kitchen is clean and filled with right angles, lit by exposed industrial bulbs and bordered on all but one side by white. 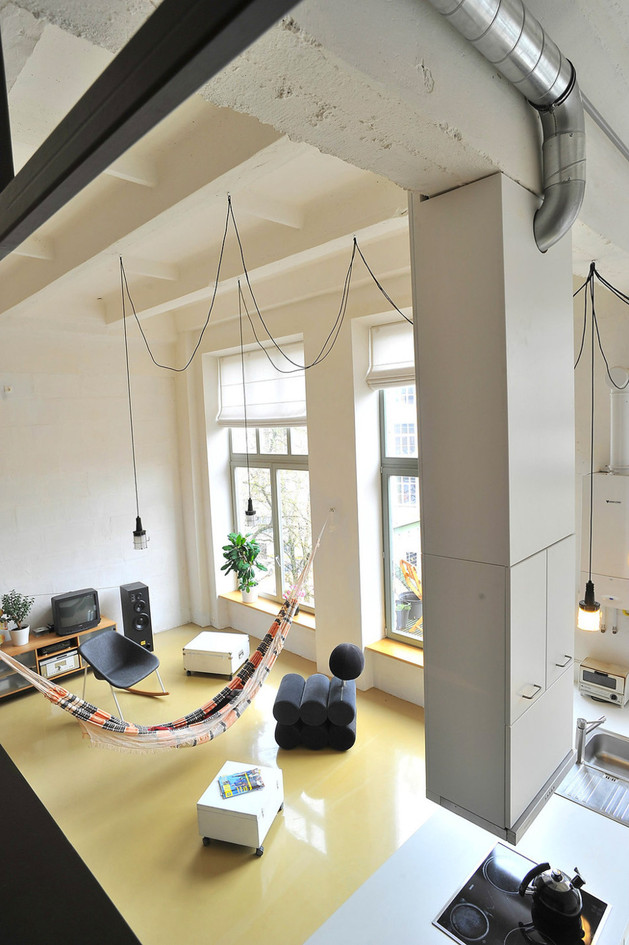 Elements of the factory building’s original structure, as well as ducts added for the construction of the home, are left exposed intentionally to accent the industrial origins of the space. 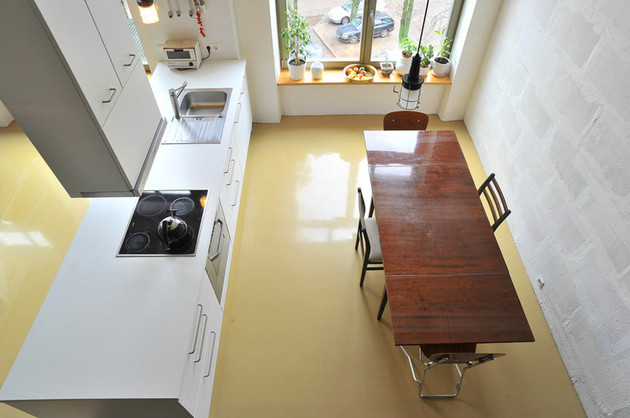 The apartment’s floors are an organically bright shade of yellow, providing a homey contrast to especially in sections of the residence filled with brand-new installations. 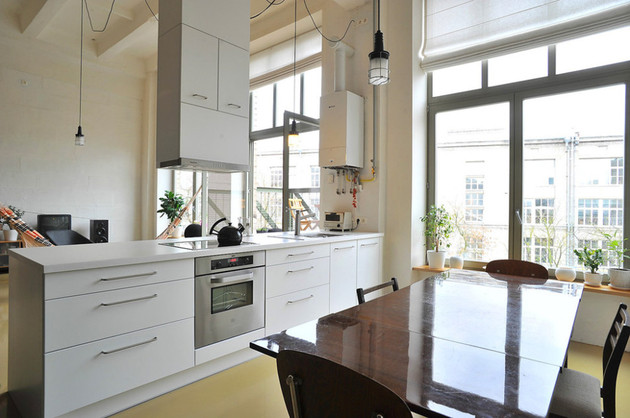 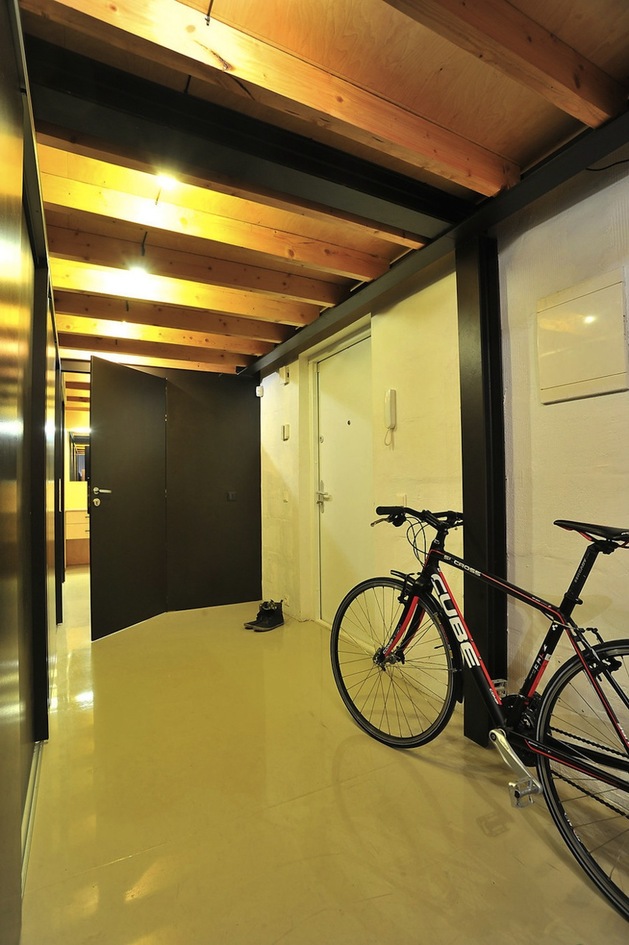 Behind the sleek black shelving wall is a lower-ceilinged created by the loft’s footprint above it. This hallway has storage, the apartment’s door, and a bathroom along it. 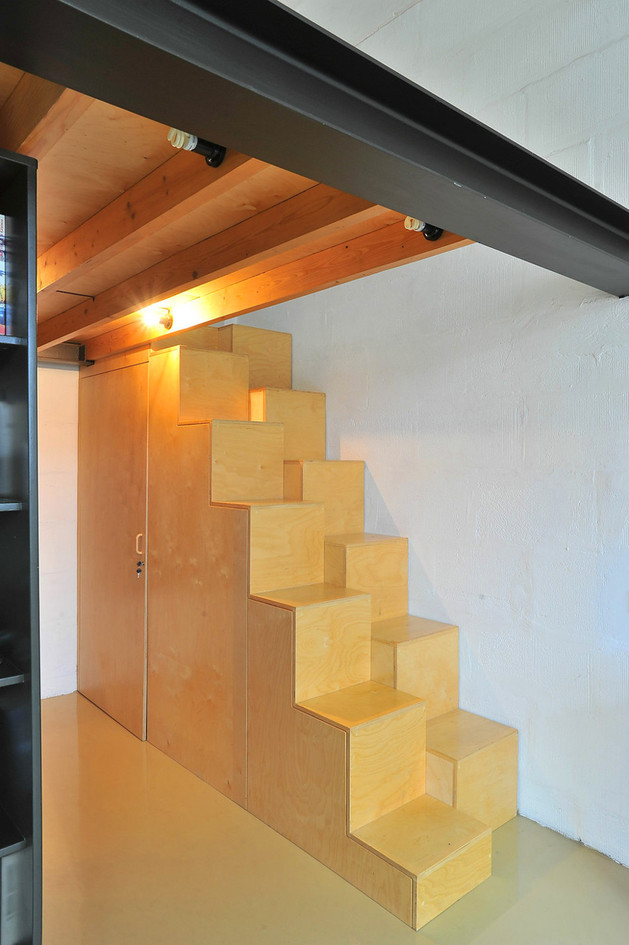 Sidestep stairs lead the way up at the open end of the hallway, ending at the loft space above. Closet space is built into the stairs, keeping potential clutter out of sight. 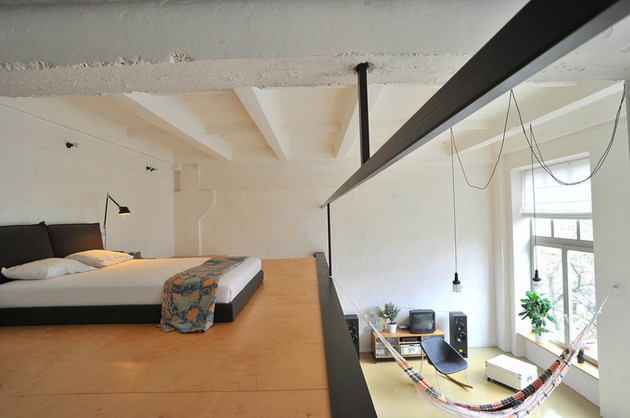 The bedroom area is elevated above the rest of the apartment, with no railings or obstructions to the view of each area below. It also still receives plenty of daytime light from the wall windows. 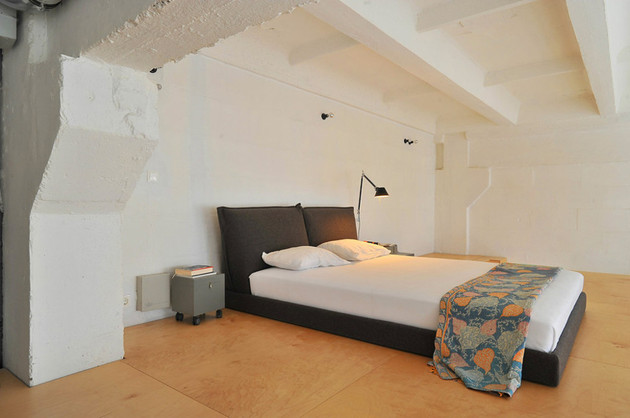 The bedroom area is very wide, encompassing the entire length of the hallway below it. As such, plenty of space is left open for any use the residents may deem it for. Even within a restricted floorplan, there’s room to grow. 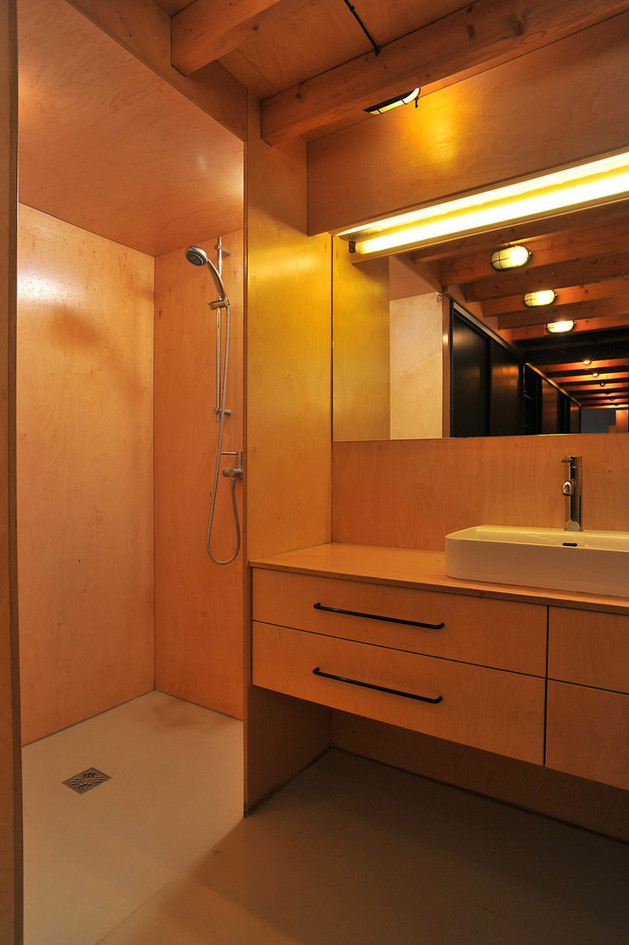 The wood finish of the flat’s bathroom mimics the plywood floor of the bedroom, effectively connecting the two rooms despite their physical distance from one another.
INBLUM 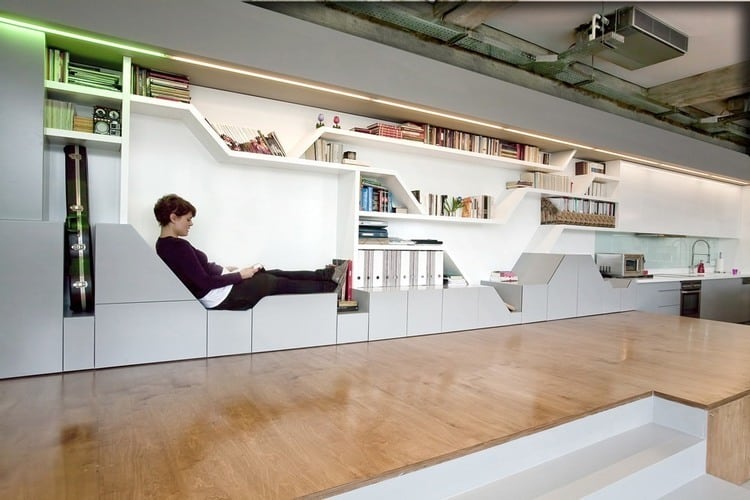 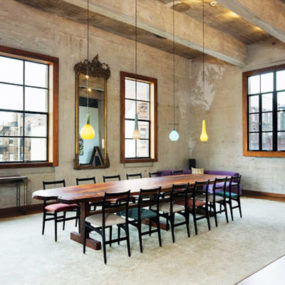 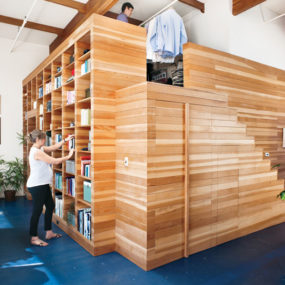 Creative Modern California Loft Design: a Box Within a Box

Creative Modern California Loft Design: a Box Within a Box