Have You Ever Had a Bath in a Glass Bubble? Meet Bathsphere

The lines between the bathing space and the bedroom are forever blurred with Bathsphere, the bathing (or relaxing) bubble in the air. Bathsphere is a glass bubble sphere, suspended in midair. It allows you to create your own mood and unwinding space. You can simulate rain, change the temperature inside the ball, control the humidity, the light, the sounds – and even smells. Isn’t it incredible? It’s the conceptual creation of Russian design firm, Alexander Zhukovsky. The original “Bathsphere” was a unique spherical deep-sea submersible which was unpowered and lowered into the ocean on a cable, and was used to conduct a series of dives off the coast of Bermuda from 1930 to 1934. This follows the same shape and is raised and lowered by a cable, but into the air not the ocean. It still looks like something out of the future, doesn’t it? And it’s large enough for two! 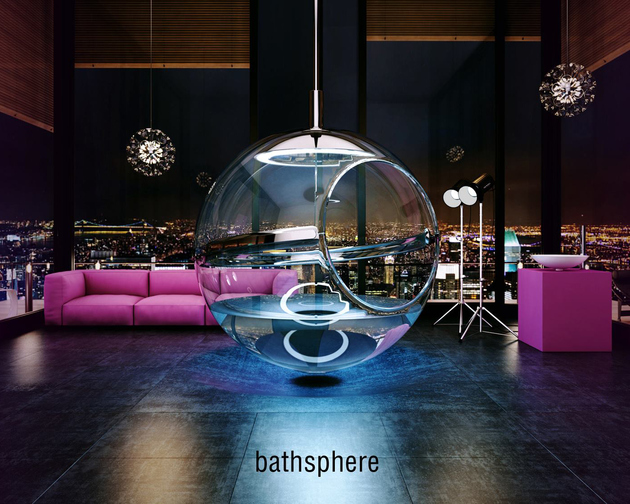 The designer wanted to create an escape from city life. 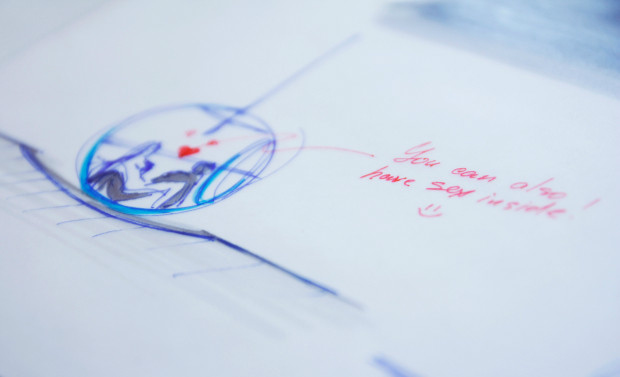 His vision was clear. 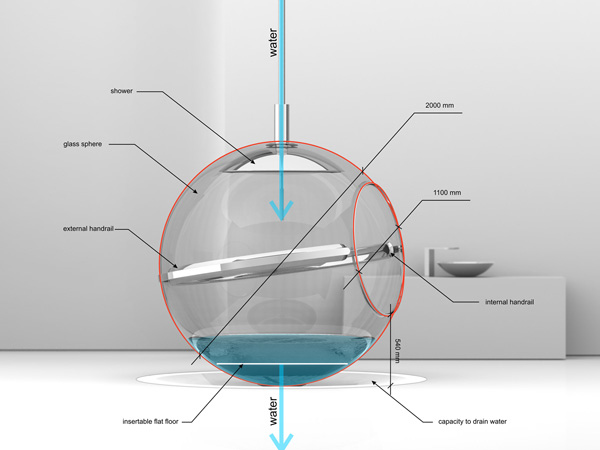 And so was his glass bubble. 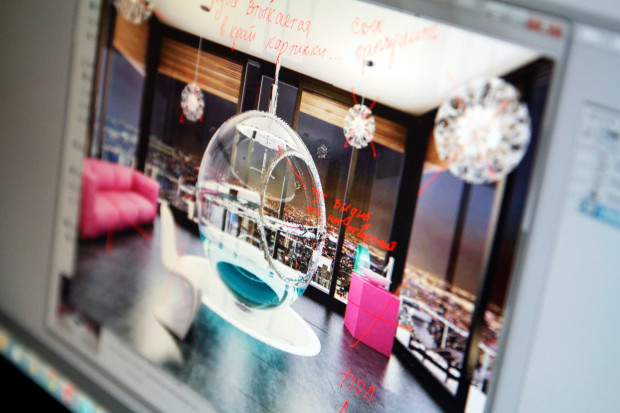 It does have a bit of a Jetson’s feel, doesn’t it? 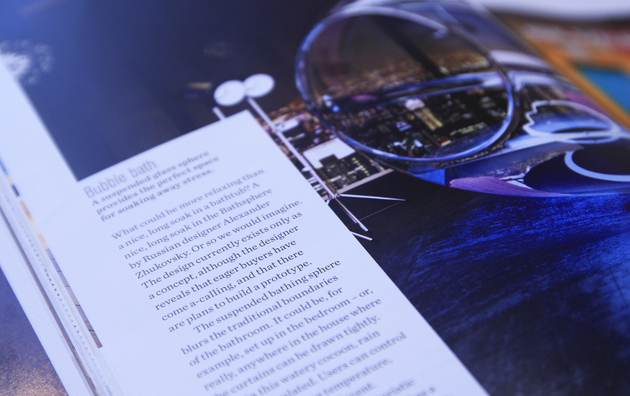 Buyers are lining up – his concept could become a reality soon. 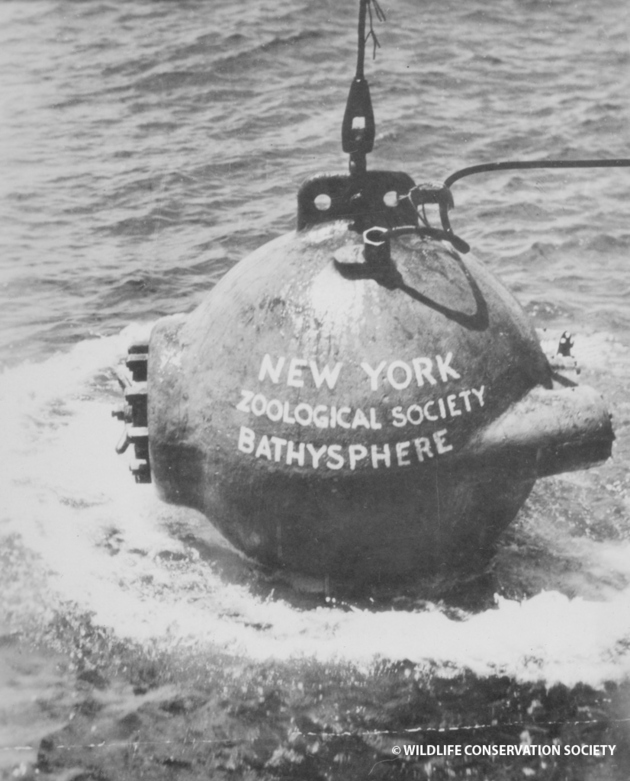 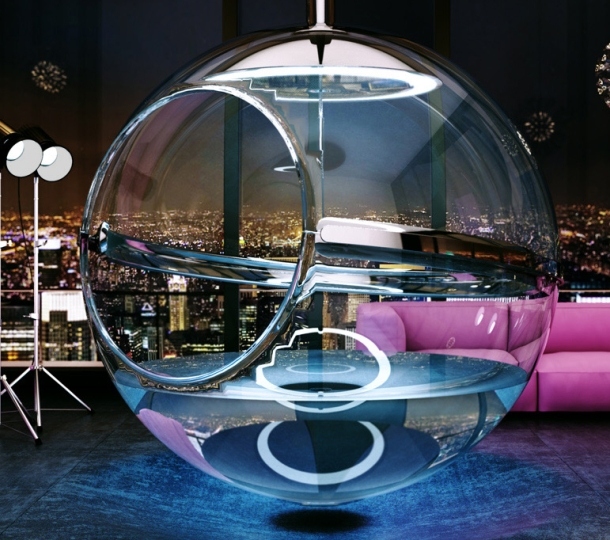 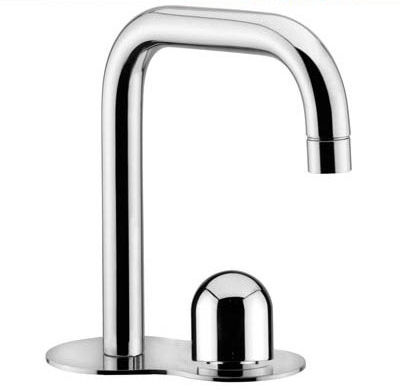 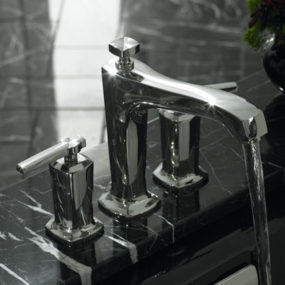 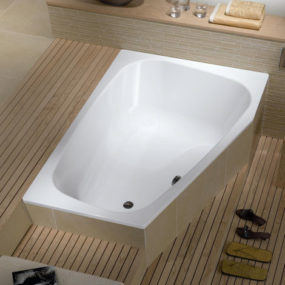 Plaza Duo Double Bath from Kaldewei – a bathtub for two 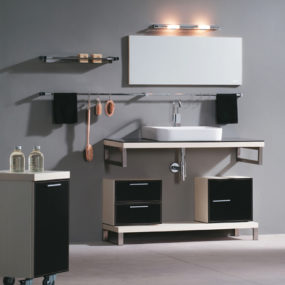 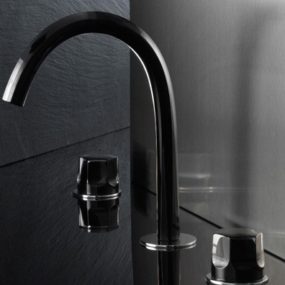 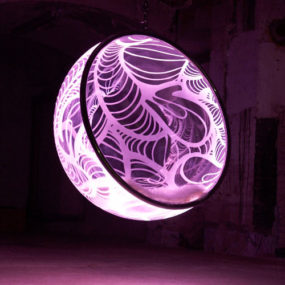 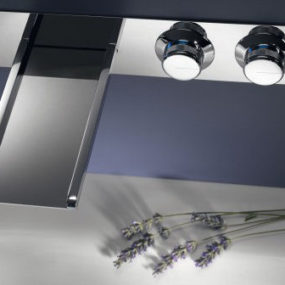 One thought on “Have You Ever Had a Bath in a Glass Bubble? Meet Bathsphere”

Plaza Duo Double Bath from Kaldewei – a bathtub for two