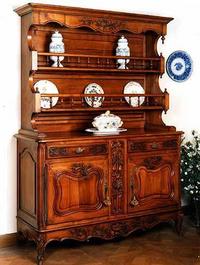 Paris asserted its dominance over the rest of France as a center of excellence in the design and manufacture of luxury goods as early at the 17th century. France’s other major cities copied as closely as they could the lead being set by Paris, but the craftsmen of the countryside, perhaps more influenced by factors of cost and practicality, created their own look using local materials in antique country furniture. Shown is a Dresser Of Provence with decoration of soup tureen and sheets as a reflection of the attributes of Provence has 2 doors, 2 drawers, display unit for plates, waxed completion. And it is an original copy according to old document. Second shown piece is Cupboard of style of Provence, known as of Plighting of troth. Both items are made from wild cherry tree of France and entirely hand-carved. Maison Dissidi

Dresser Of Provence – entirely carved by hand. Made of wild cherry tree of France, 2 doors, 2 drawers, display unit for plates. 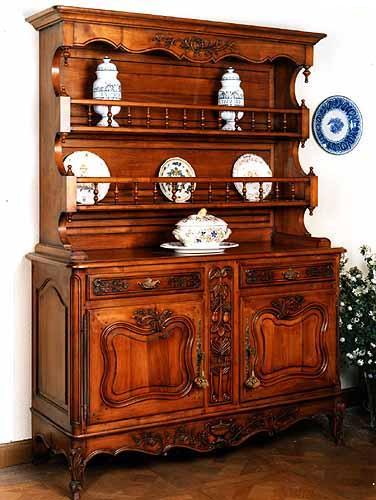 Cupboard of style of Provence, entirely carved by hand from a wild cherry tree of France. 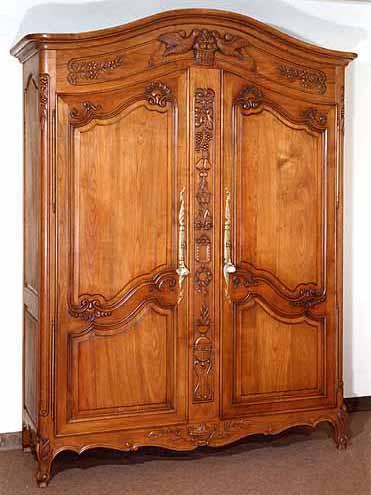 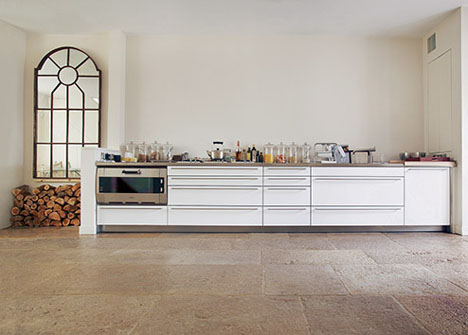 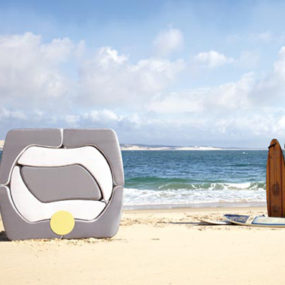 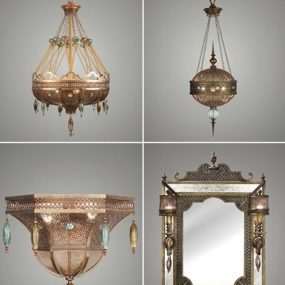 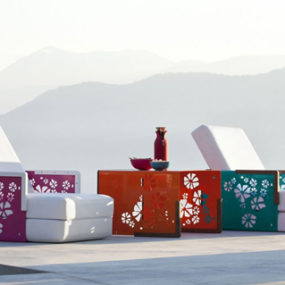 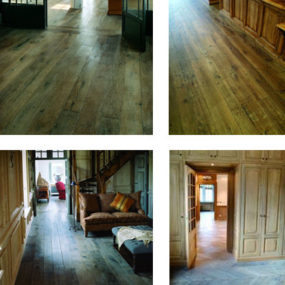 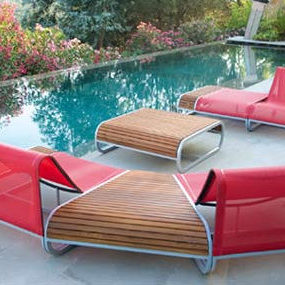 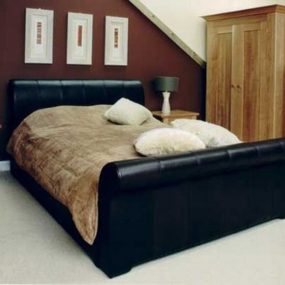