This stone house plan is probably one of the coolest modern homes we’ve come across. This holiday house is ideally located in Spain and designed by Spanish architect Anton Garcia-Abril of Ensamble Studio. Dubbed the “Truffle” house, the most unique feature of this cave house is the fact that it was hollowed out by a cow – the house was built by stacking bales of hay in a cavern in the earth, and the remaining space filled with poured concrete. The entire mass was then exhumed, and the hay removed with the help of Pauline the cow, who got a year’s worth of lunch in the deal. As described by the architect, “The Truffle is a piece of nature built with earth, full of air; a space within a stone that sits on the ground and blends with the territory. It camouflages, by emulating the processes of mineral formation in its structure, and integrates with the natural environment, complying with its laws.” The organic house has a raw sense of style, with the rough stone forming walls and ceiling. And check out the built-in shower with a skylight! Ensamble Studio
via Dezeen
photo credit: Roland Halbe 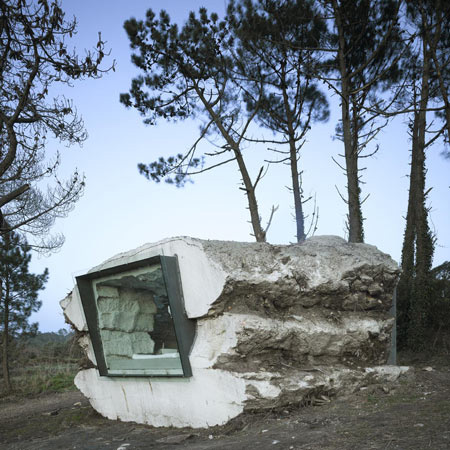 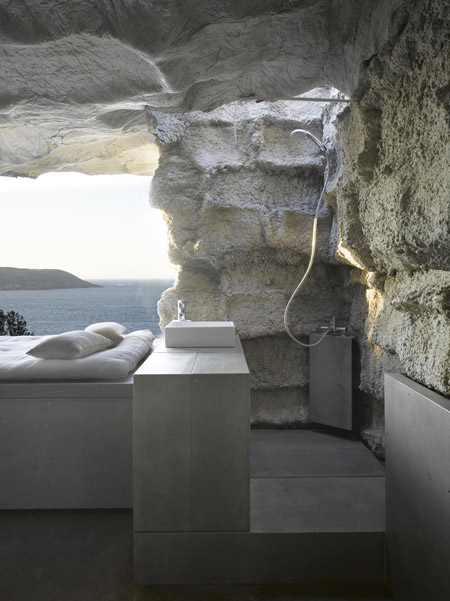 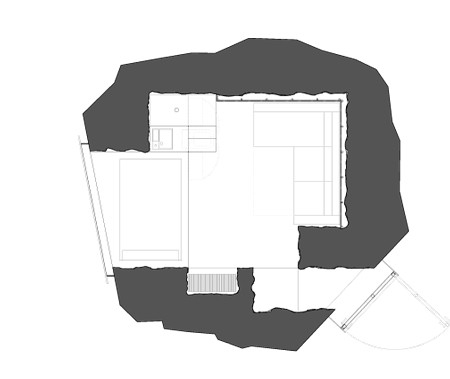 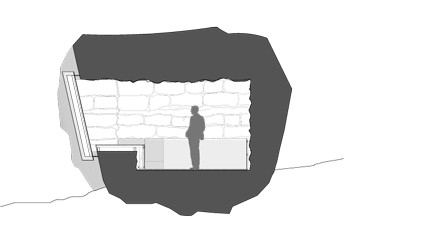 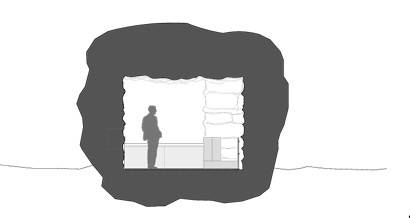 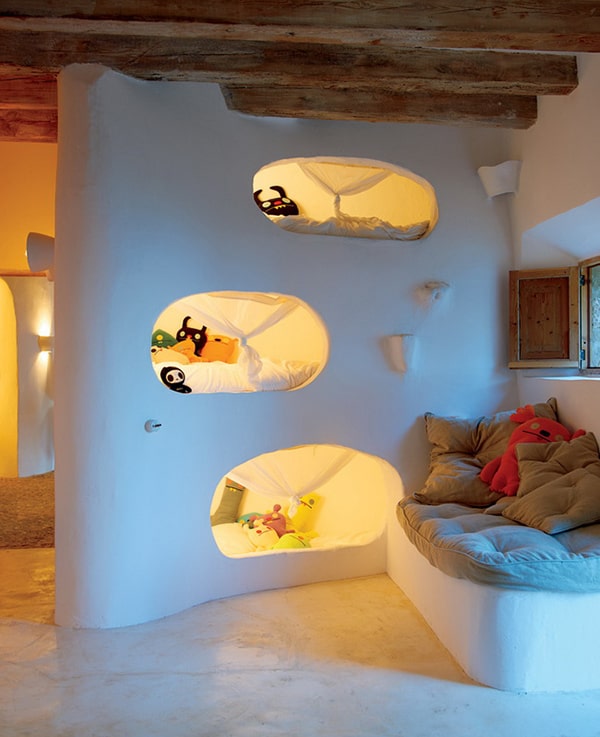 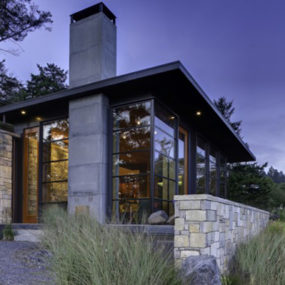 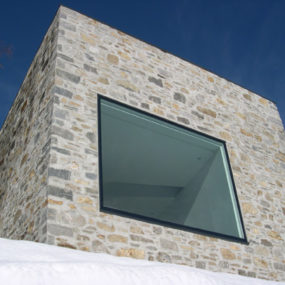