Originally envisioned and completed in 1968 by Romanian architect Haralamb Georgescu, this Brentwood home was part of a wealth-centric building boom of the era in that affluent LA neighborhood. It was considered ultramodern at the time, with a flat-roof shape and recessed window spaces. However, the house hasn’t aged perfectly, and its current owners tasked architect Kurt Krueger with the assignment of bringing it up to modern spec without losing its mid-century futurist charm. The house needed some general maintenance in combination with its renovation, leading to new possibilities for spaces both indoors and out. New colors were added all over, including a number of reinvented natural wood tones.
Beyond simple color changes and material choices, the house exhibits a number of structural changes both large and small. An entire interior wall was knocked down to open up the living room. The kitchen table was removed and replaced by additional living space. The master bathroom was expanded into a luxurious spa-style chamber. Smaller changes, such as new wall textures and a unified batch of furniture, are also prevalent throughout. Retaining its bold démodé charm, the home has been utterly transformed at the same time into a modern beauty.

Overall, the home’s construction is very similar outside to what it would have looked like when it was originally built almost half a century ago. The wall textures are kept fairly traditional, leaving it up to details like accent lighting and color choices to make its appearance contemporary.

The deck railings along the house have an almost maritime feel, especially combined with the stark white and cool blue colors that dominate the exterior walls. A bottom-floor single deck is accessible from both the living room and kitchen, while the second-floor equivalent is exclusive to a single room.

The yellow-painted cutout in the rear wall frames the top of the living room (you will later see that color motif continued inside). The cutout includes two horizontal windows on either side of the house’s grand fireplace, bringing natural light onto the shelves that line it.

The entire backyard deck was updated and refinished, doubtlessly a daunting task. One stairway platform stems from two sets of home-bound flights.

There are many ways to enter the home, but perhaps the cleanest and coolest one is through this dark blue single door on one edge, accessed by a short bridge. This entrance, hidden among trees, offers scenic views of the property around it.

From the road, the house has a more closed-off appearance. Privacy is preferred from this angle, leaving all the recreation and sunlight areas for the backyard’s edge.

Like many mid-century homes, this building is a split-level. While the renovation did not update that aspect of the architecture (such a proposal would have been prohibitively expensive), its detailed changes to various parts of the indoor spaces of the dwelling still manage to renew its style on the whole.

A small, comfortable nook just across from the stairway landing provides a casual office space for reading, creating, or simply relaxing.

A splash of yellow in the living area below diversifies the residence’s color choices, adding a daring splash of modern design to the undeniably Sixties fireplace concept.

According to the architect, at one point in the home’s life a large wall was added on the far end of the living room to create a small bedroom, obscuring the two-story views to and from the office space on the second floor. That wall was taken out and the room was returned to its original, open-concept state.

Occupying half of a room bordering a wall of window openings, the kitchen brings together a number of the home’s traditional and modern design elements. The home’s stove is intelligently carved out of a window nook to save on space.

All of the appliances are stainless steel, updating the home’s decor and providing more than just one contemporary finish. Without the silver of the steel in the kitchen or the yellow wall of the living room, the only artificial modern finish present would be the pure-white color of the walls and some furniture.

A secondary living space, in the form of a small television room, sits in the middle of the same room, where a kitchen table would traditionally be. Mahogany wood finishes and right-angle fixtures are once again carried over from the living room.

The principal bathroom for the main floor is a compact, serene interior space, with contemporary wave patterns used to reinvent one of the otherwise unadorned white walls.

A much larger master bedroom is found elsewhere in the home, with vast reserves of integrated storage space available.

In this larger bathroom, the finish of choice is sharply-textured brick pieces. Though these blocks are completely different to the touch from the wavy pattern of the other bathroom, a single color and setting unite the two.

Yet another change in texture is witnessed in the shower stall, where bricks and waves are replaced by vertically-oriented rectangular tile.
Kurt Krueger
Photography by Unlimited Style 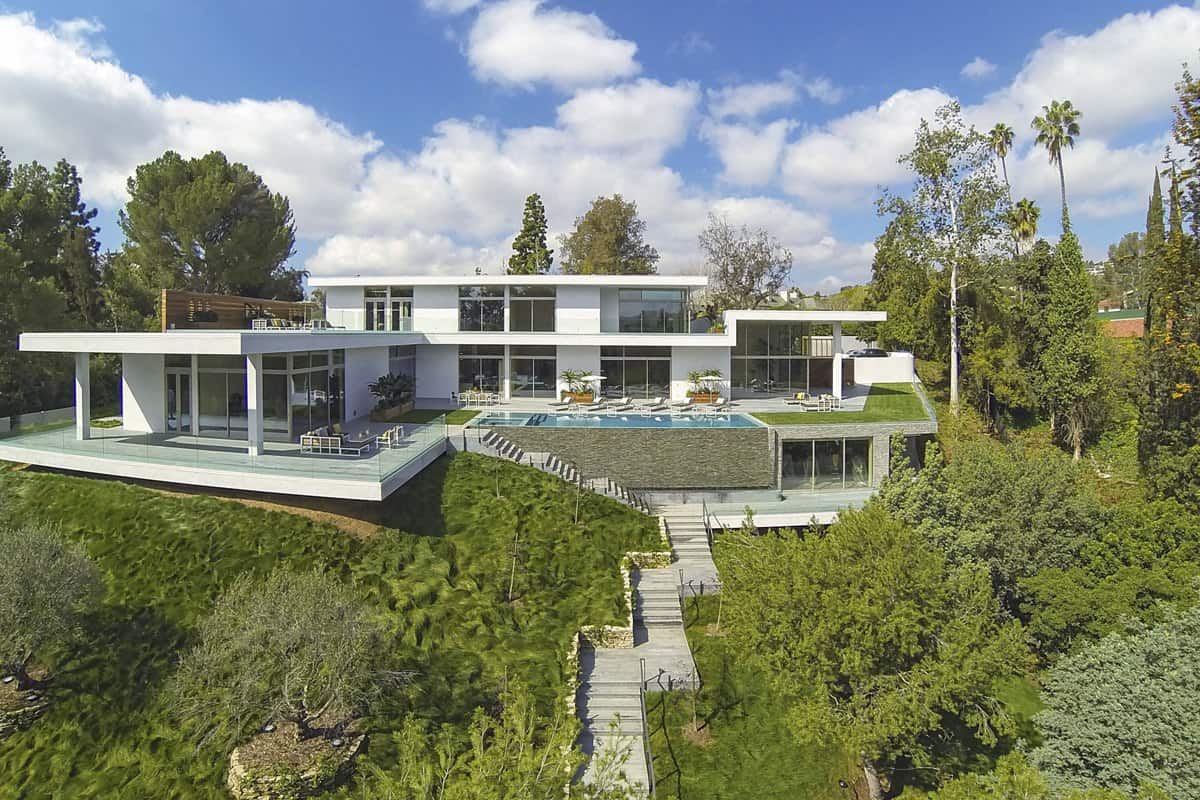 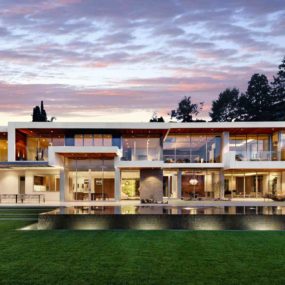 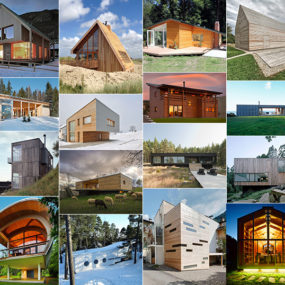 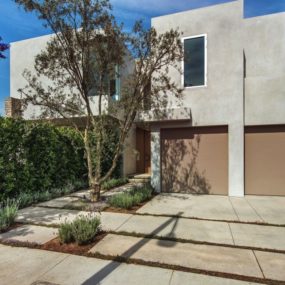 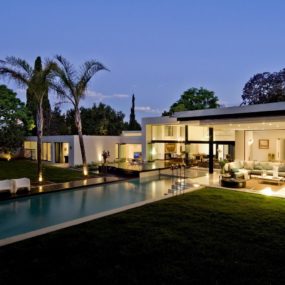 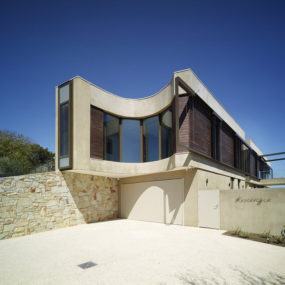