When building a weekend retreat in a remote lakeside setting, the only way to ensure minimal impact on the forested locale is to design the home as a prefabricated volume that can be created off site first, leaving the machining and wastage in an area that is not so sensitive to the building process. That is exactly what Kariouk Associates did when designing and creating this prefab cross laminated timber lakeside cottage. 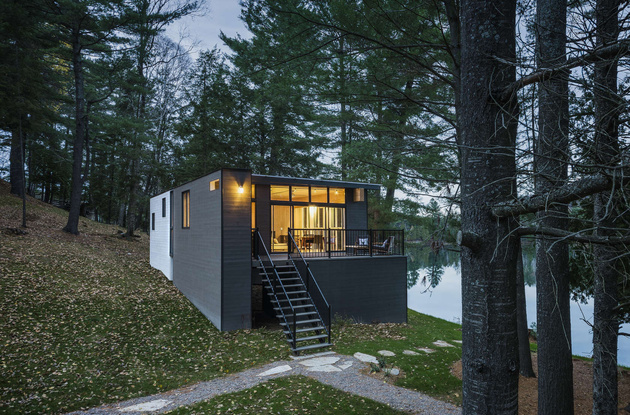 The site is on a private lake in a remote part of Ladysmith, Quebec, Canada. The existing cottage – inherited by the owner – was in disrepair and not worth saving. The new cottage has the exact dimensions of the original and is placed in the same footprint however the interior zones have been given a more open plan aesthetic.

Had the new cottage be built on the remote site, not only would the surrounding forest have been severely impacted, the cost of importing labor would have been immense. 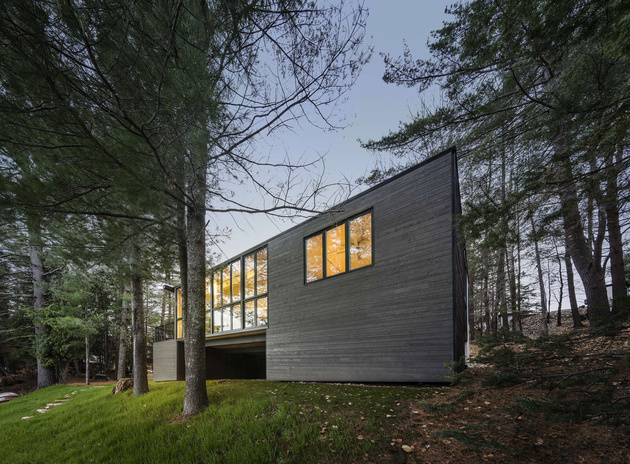 The materials chosen for the prefabricated units was Cross Laminated Timber or CLT, because of its ability to be fabricated in panels up to 60ft x 10ft.

The CLT is made from cross-wise glued-laminated black spruce boards. The closed sections below the cottage are stick framed and are used as outdoor storage sheds.

To ensure ease of translating the design from shop to site a computer model was created for each surface within the finished cottage. The computer model ensured that each opening and cut was accounted for as where the apertures and services. 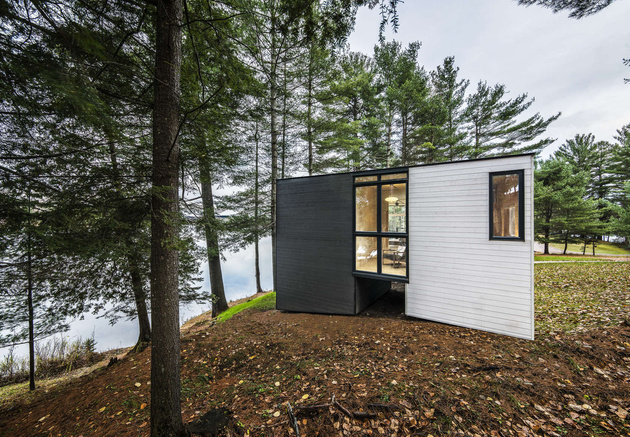 Once the computer aided design was complete, the information was fed into a computer controlled milling machine and the finished CLT panels where created to exacting specs. They where then trucked to the site where a Helical steel-post foundation had been erected one week prior. The shell of the cottage was assembled in less than 2 days. 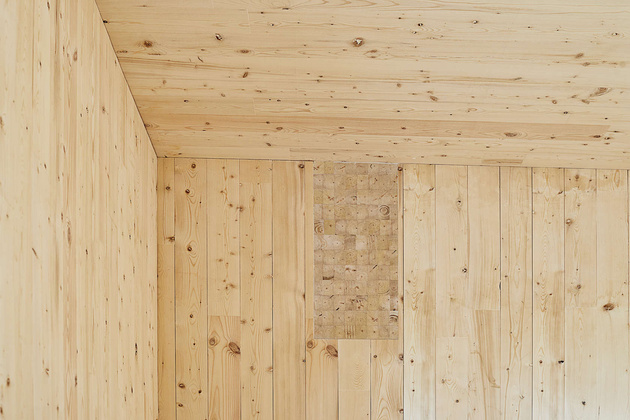 Almost all the interior walls are left unfinished, allowing them to age naturally, the floors however have been clear sealed for extra durability. With the exception of the Helical pilings, the beams below and a primary glulam beam, the home is constructed entirely from 5-ply CLT. 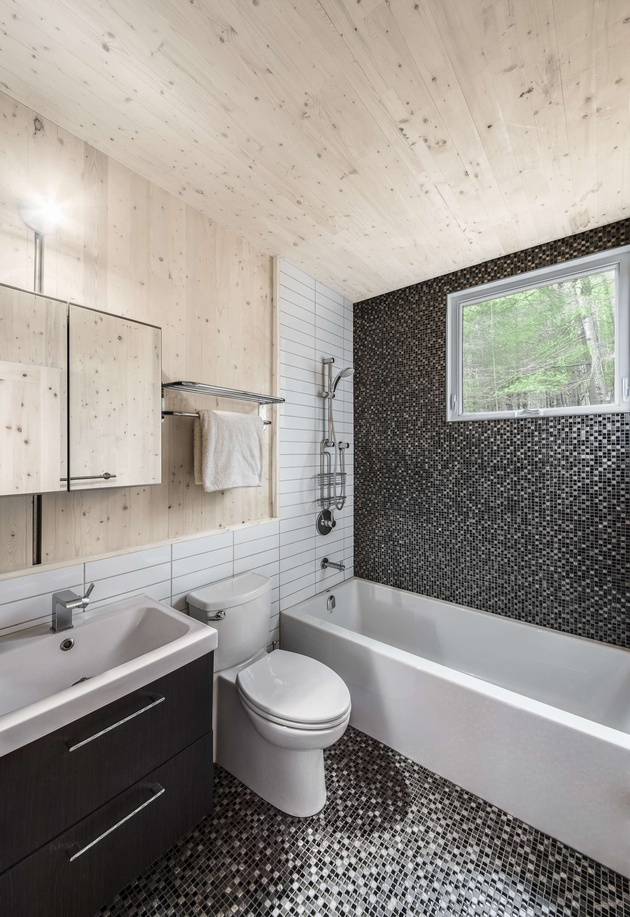 The bathroom is one place where the walls have not been left natural. The walls have either been whitewashed or tiled, as has the floor. 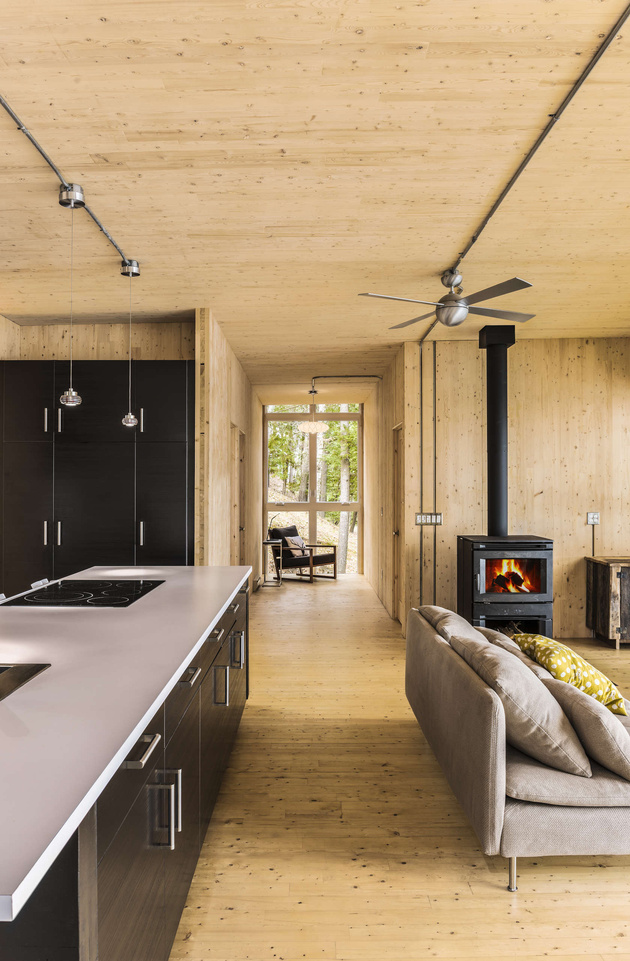 In keeping with the high tech CLT wood aesthetic, the electrical services have been left exposed within their pre-milled conduit recesses, thus treating them as part of the interior “industrial” decor. 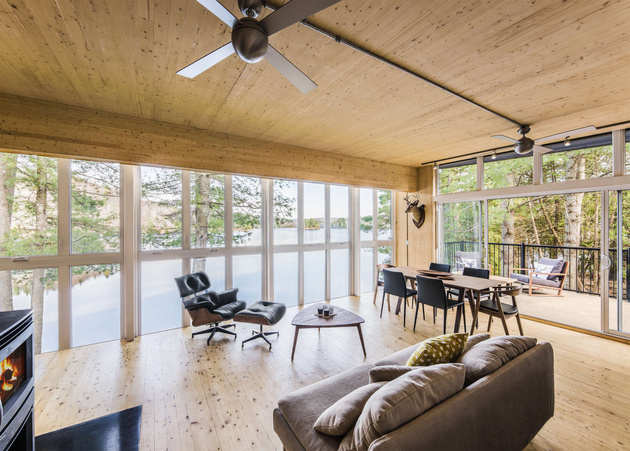 With a more modern open plan design the views of the lake can permeate the interior zones via the large sections of glazings. 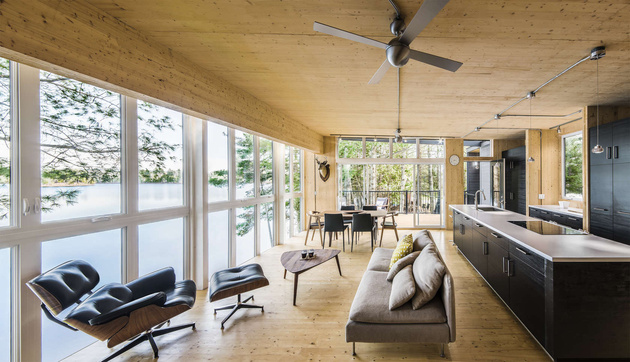 The naturally finished CLT panels allow the blues and greens of the natural surroundings to take center stage. 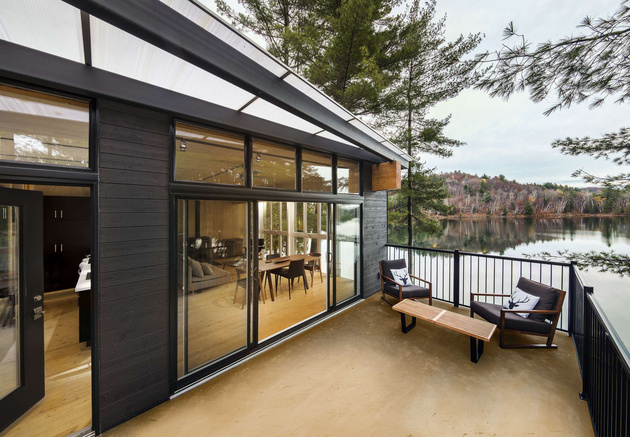 As beautiful as the lake is from inside the cottage, there is nothing like sitting on the deck and listening to the sounds of the surrounding forest while enjoying the lakeside views. 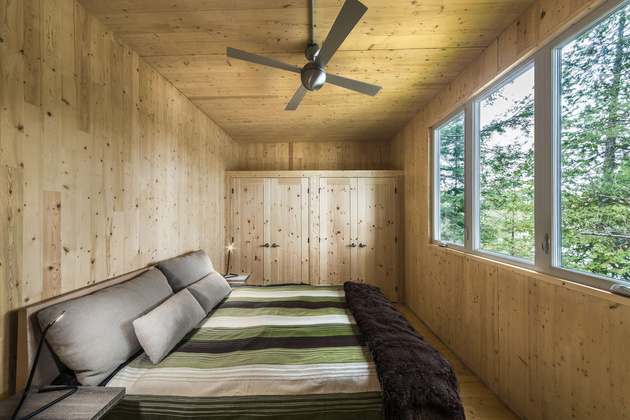 The bedrooms have a cozy cabin feel to them due to the CLT panels and the treetop views. 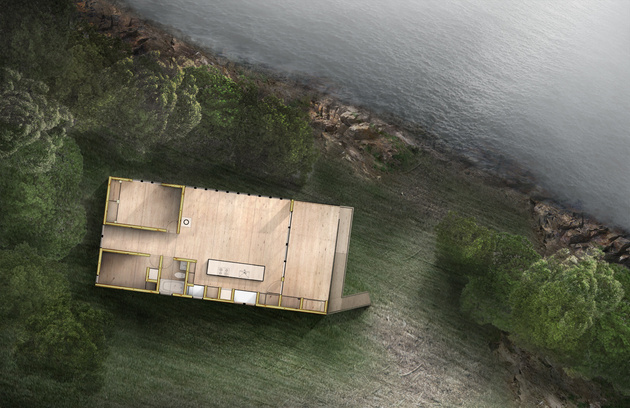 Completely modern from concept to complete, the cottage pays homage to the original traditional building that had been in the owner’s family since the previous generation, ensuring the sentimentality of the location was not lost in the new more open plan translation. 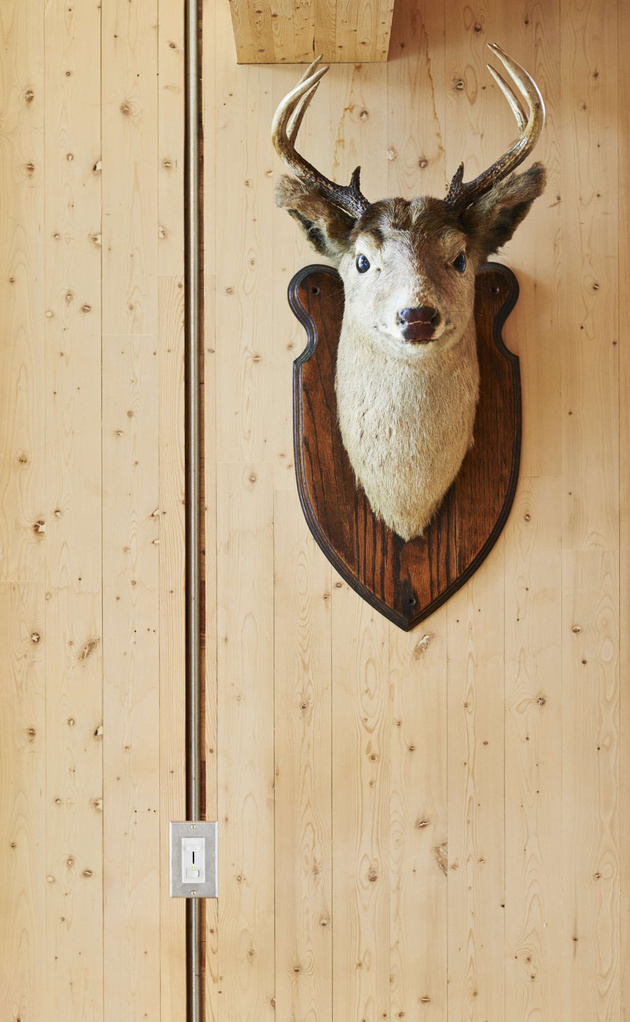 Kariouk Associates.
Photography by Photolux Studio / Christian Lalonde.
If you like the idea of prefabricated buildings for remote sites, you will love this remote off the grid waterside home with gourmet kitchen. 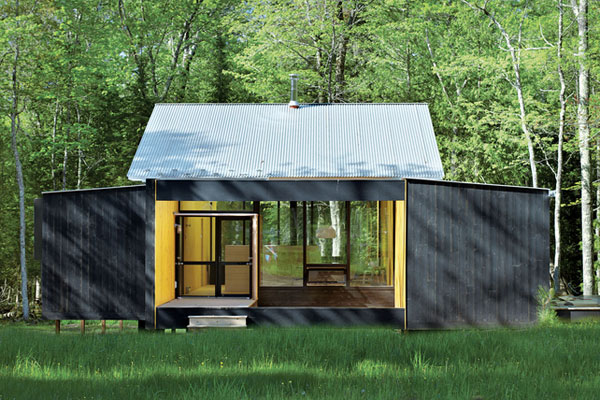 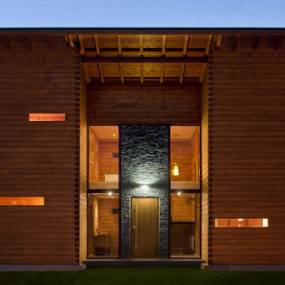 Laminated Pinewood House by Nordicasa Design & Construction. We love it! 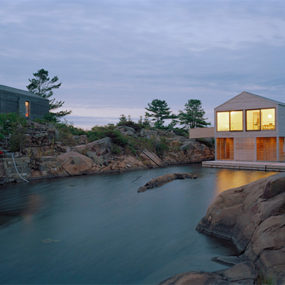 Floating Cottage Prefab on Lake Huron, Canada – rises and falls with the tides 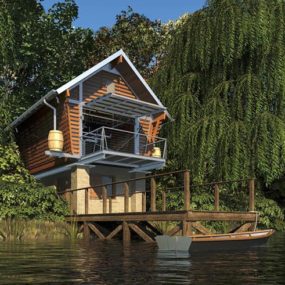 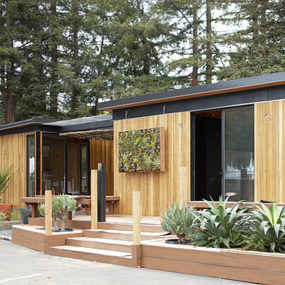 Laminated Pinewood House by Nordicasa Design & Construction. We love it!

Floating Cottage Prefab on Lake Huron, Canada – rises and falls with the tides