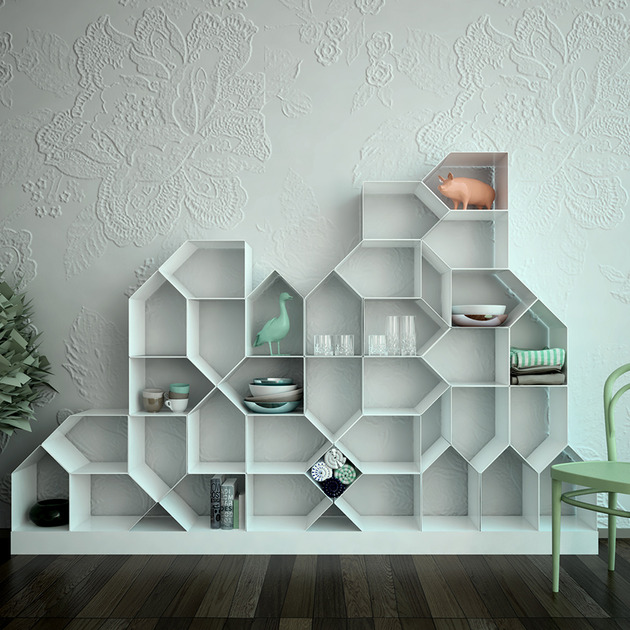 The modular bookcase has been a designers’ favorite lately. They have come up with different shapes and sizes, in various materials. Citybook is Italian designer Antonella de Luca‘s project, and there are many things that differentiate it from the others. First of all there is the shape, triangular at one end and looking quite unlikely to be composed, and yet…by turning this module head up, head down or on the sides, infinite compositions can be created! The base module is inspired by the Housebook, which can be multiplied and form a community, the Citybook. Another specific feature of Di Luca’s design is the material, sheet iron, which allows for the walls of the units to be particularly thin and continuous. Though the modules in themselves are quite heavy, the thinness of their silhouette makes them look really light and airy, like a drawing on the wall. The third characteristic of Citybook is the assembly, which is made by small magnets that are inserted between the surfaces and which remain invisible, contributing to the lightness of the composition but also multiplying its modularity. Thanks to the base module, the composition can also be placed independently in the middle of a room and act like a space divider. Suspended compositions are achieved by using the shelf module and building on and from it. 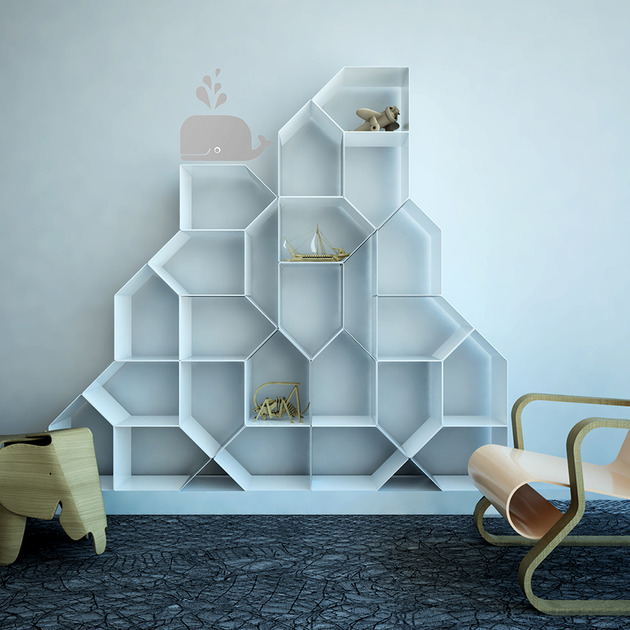 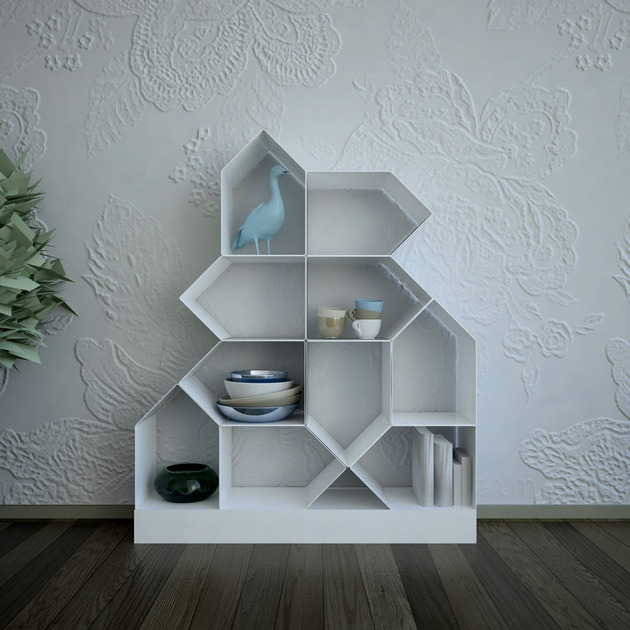 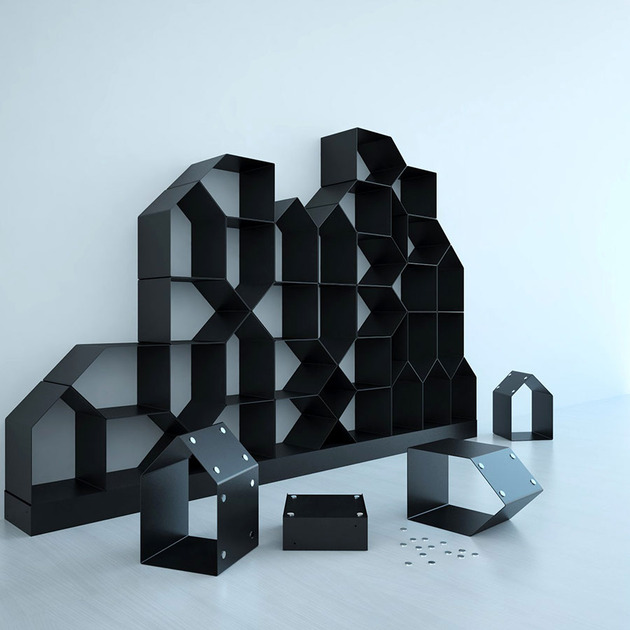 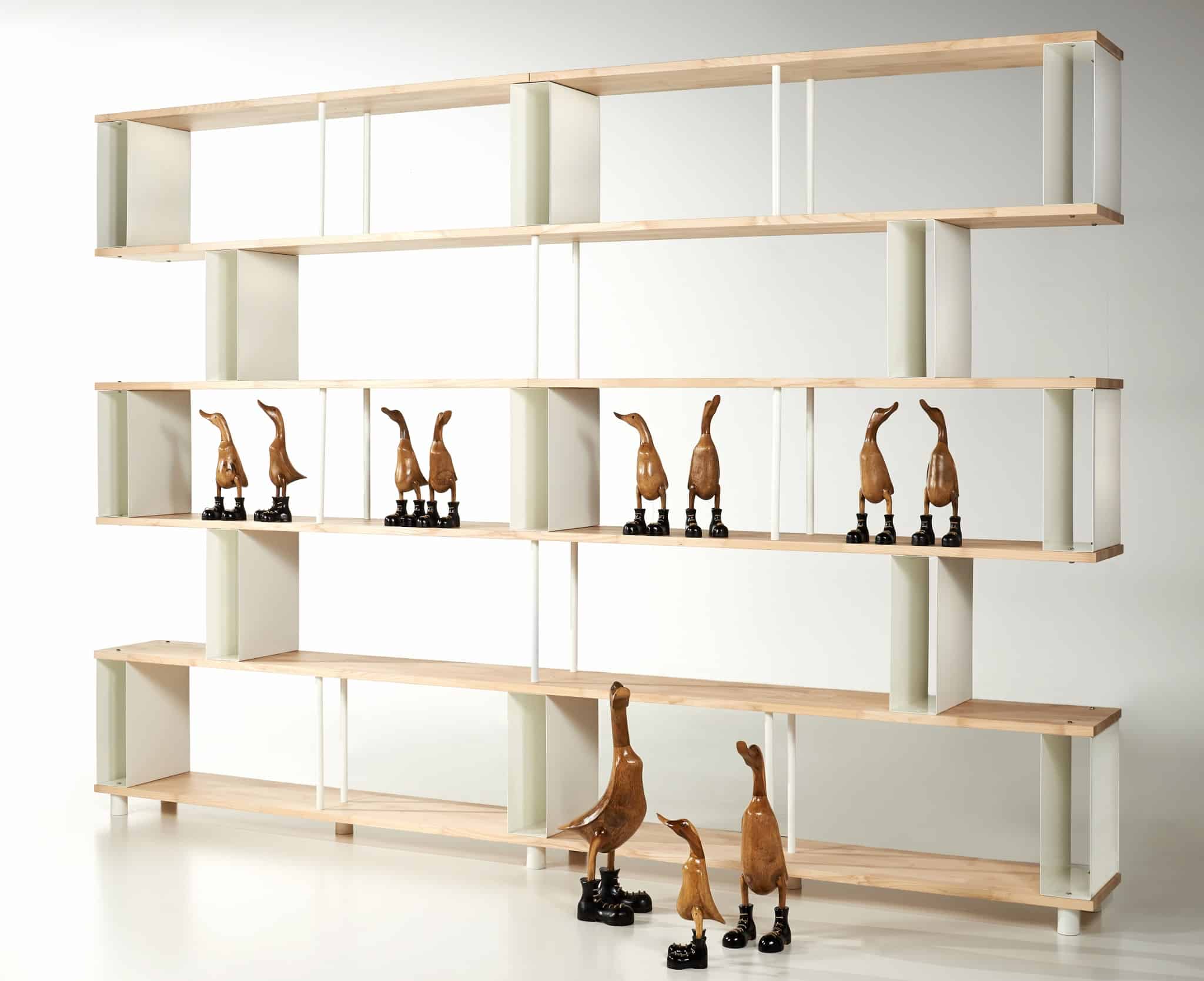 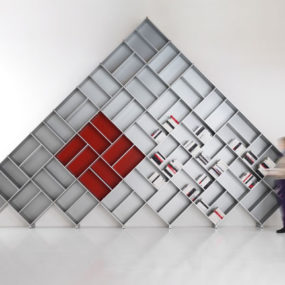 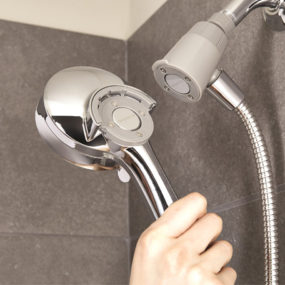 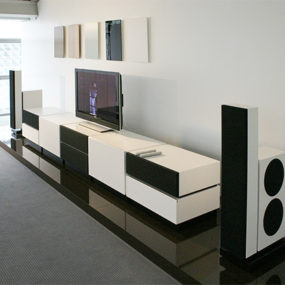 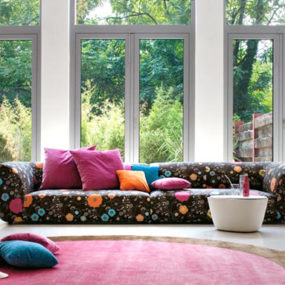 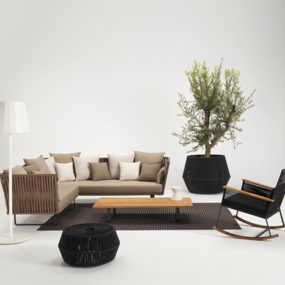 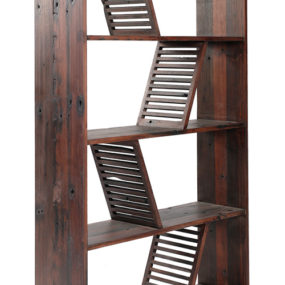