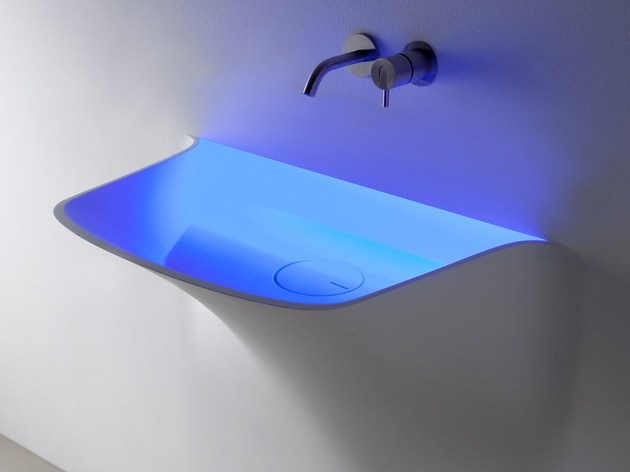 Traditional sinks have been the norm even in modern spaces for decades, often being wall-mounted neccessities of little design value. Though many have tried to imagine modern takes on the traditional structure of think sink, very few have re-thought that structure entirely. Antonio Lupi has introduced a sink basin and a system around it, called the Breath, to change that practice, resulting in a bathroom sink that flows from the wall gracefully instead of jutting out, becoming a part of the architecture instead of an accessory.
The Breath is more than just a storebought add-on to your bathroom wall, and includes adaptability as a design feature. Formed from Corian, the basin of the sink is installed like any other, and then it’s up to the owner how to flow it into their personal home. Using plasterwork, the Breath becomes a seemingly integral part of the space, and is expected to be finished in the same color as the wall around it. Because of this type of installation, the sink can be re-formed with new plasterwork and different finishes can even be added if the homeowner so desires, keeping it current without having to invest in new structure.
The base itself includes simple, modern LED lighting to illimunate water and to enlarge the footprint of the sink above the confines of the basin. This lighting works to effortlessly accent the already-modern form of the sink, and to create a calming ambiance in the room. The Breath is a reinvention of the concept of what a sink should be, and is successful in integrating a sink into the walls of your home. 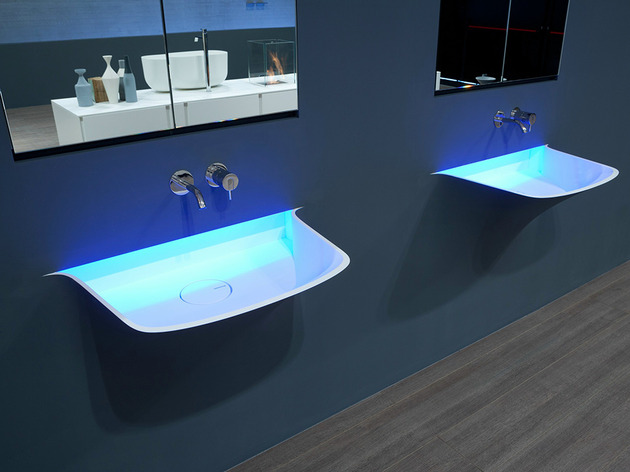 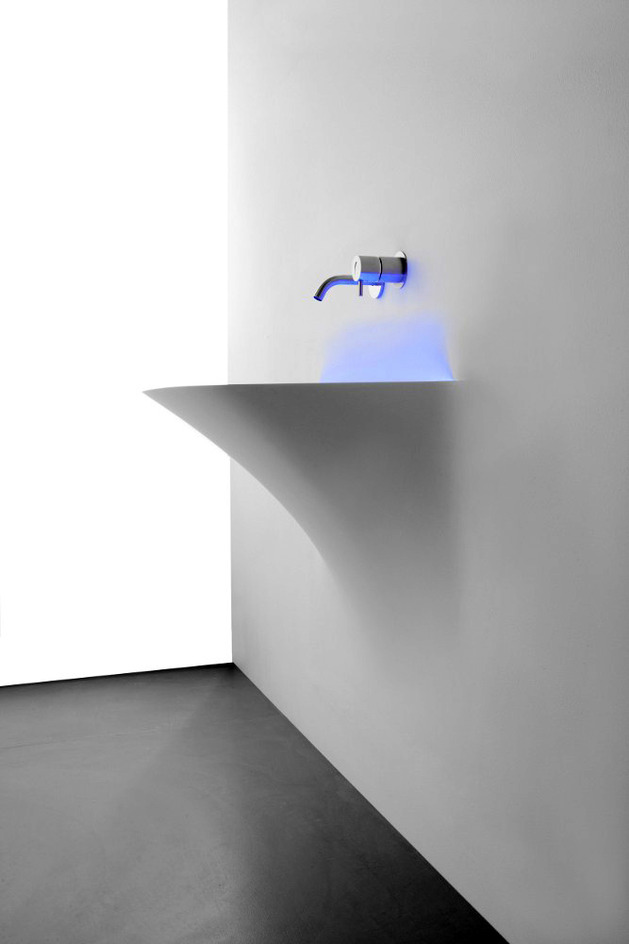 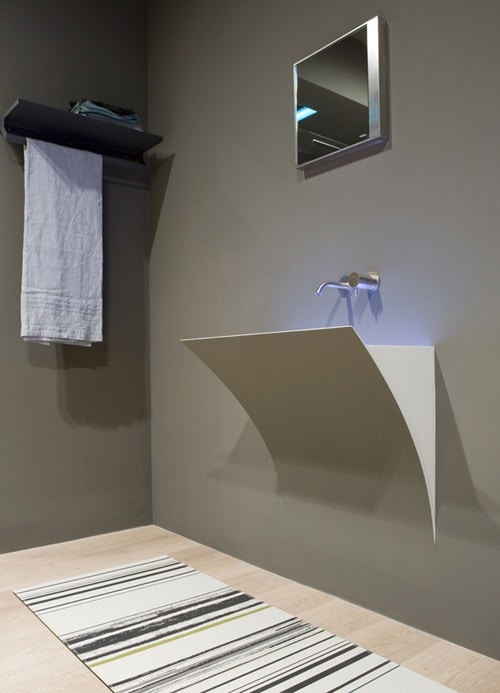 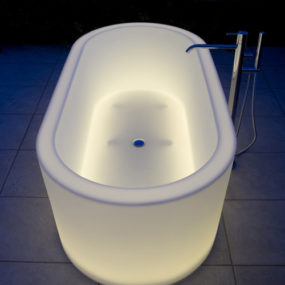 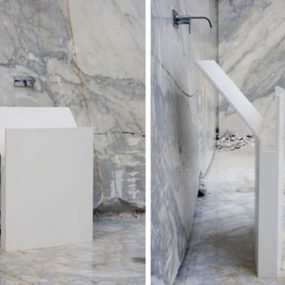 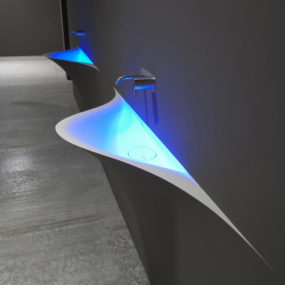 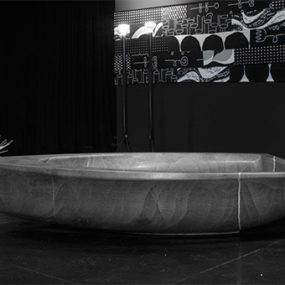 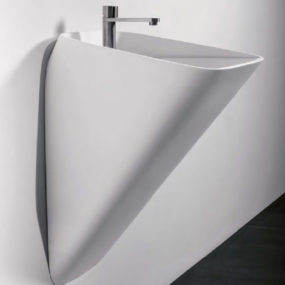 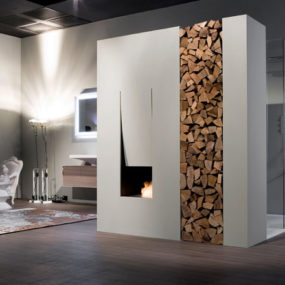