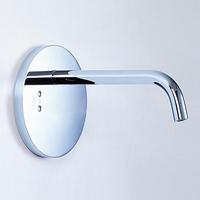 eMote bathroom faucet from Dornbracht is literally the most ‘minimalist’ design. There are only two visible parts: the wall-mount base and the spout. How is this achieved? The eMote uses infrared technology. In its basic version it is simply an On/Off faucet. “Hand in, water on. Hand in again, water off.” Though it’s available with a mixing button. Comes in polished chrome or matt platinum. Designed by Sieger Design, it has received several design awards. Its ‘squarish’ version eTech is designed by Jahn Lykouria Design. And then there’s deck-mount eMote that is also infrared. Dornbracht 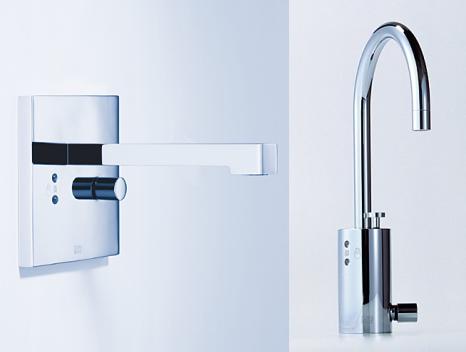 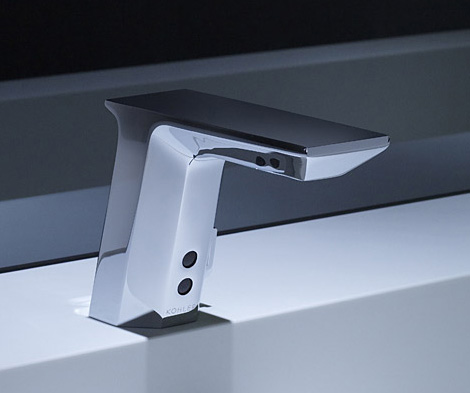 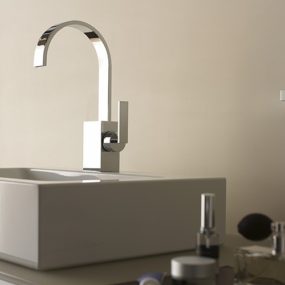 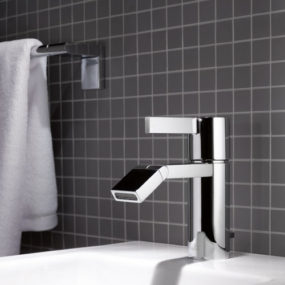 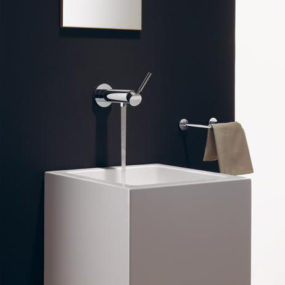 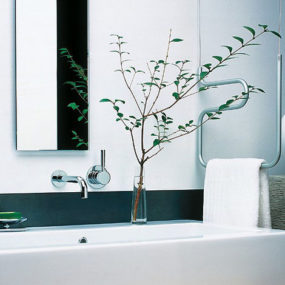 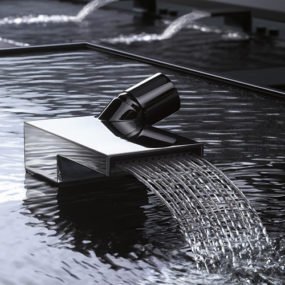 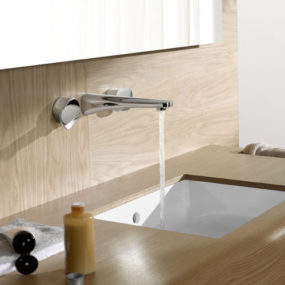