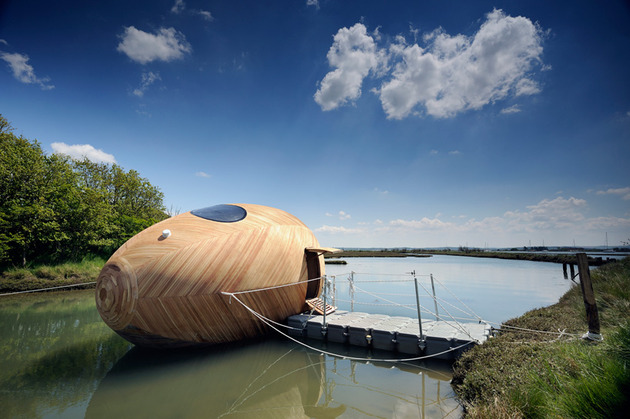 Designed as a studio space and personal experiment in minimal life by artist Stephen Turner, the “Exbury Egg” is a floating home and studio space based on the premise of reevaluating what we traditionally think of as a home. It’s intended to be an installation, moved by boat, but is currently being used by Turner as a year-long home (the artist is documenting his life in the egg as a sort of performance art). Fashioned almost entirely from artfully-wrapped wood, the tiny one-room space will be washed by tides, rains, and winds over time to gain a unique patina, integrating the structure into the visual theme of the marsh area surrounding it. Inside, Turner has a basic shower and cooking devices, as well as a hammock to rest in. While the Exbury Egg may draw stares while being towed through a populous area, it fits right in where the artist claims it belongs: in unchanged nature. 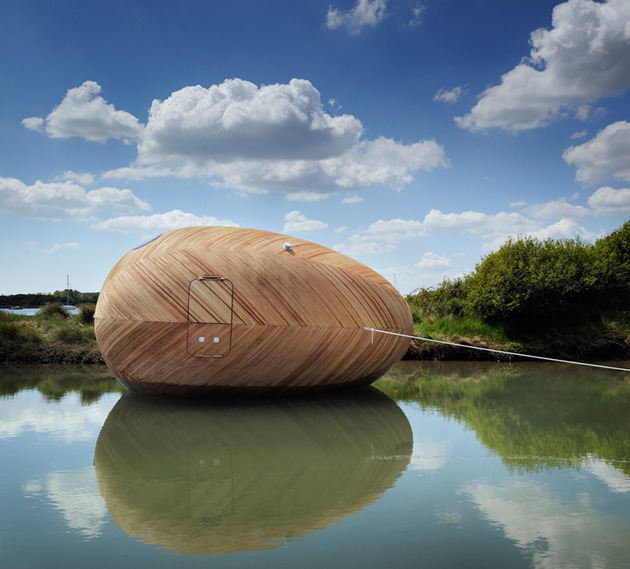 Turner leaves his floating pod each day to collect natural items to use in artworks, as well as to re-stock on supplies. For that, an entrance and removable dock were built on the side of the Egg. 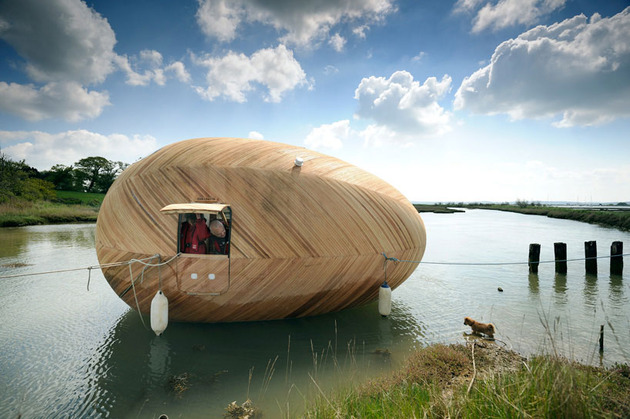 When there’s no need to leave the pod, it sits quietly in the stream, moored to the shore by two ropes to keep it from drifting away entirely. In this mode, the Exbury Egg is at its most attractive, having an ergonomic and aerodynamic shape. 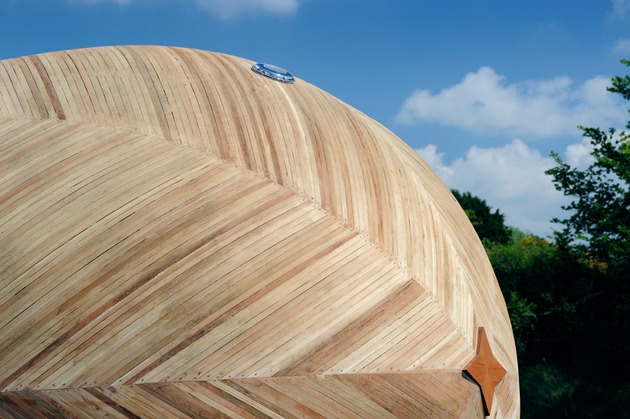 The outside of the egg is mostly unadorned, with the small exception of a few circular windows and this stained-wood ornament. 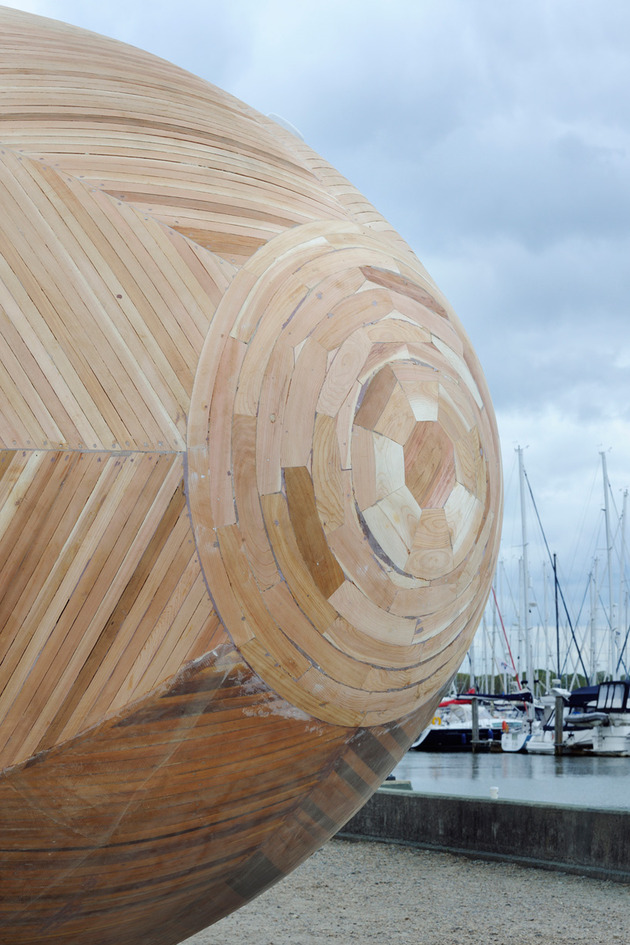 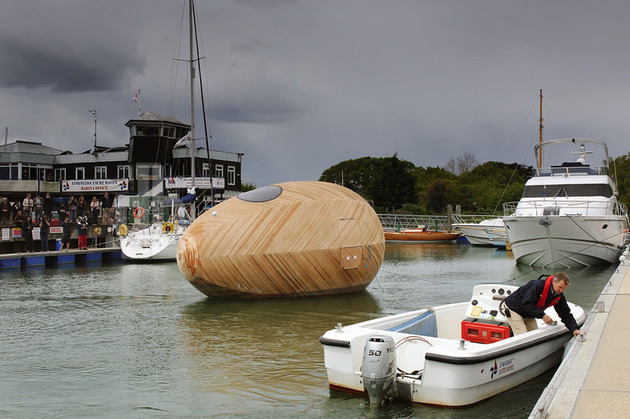 The pod has a shape that slices through water easily enough to be towed from place to place, and could theoretically be used as a floating mobile home from marina to marina. 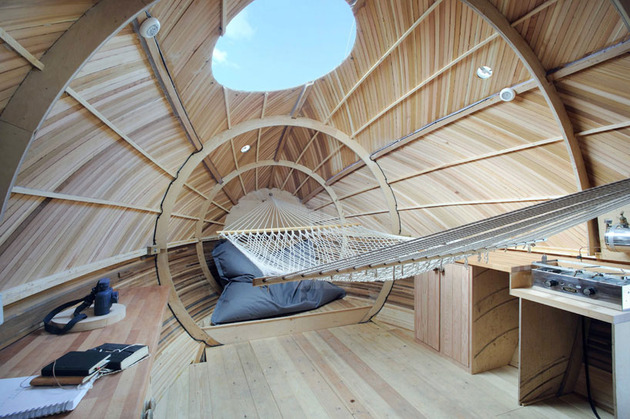 Turner’s sleeping quarters are serene and basic, with just a rope hammock and a view of the stars. 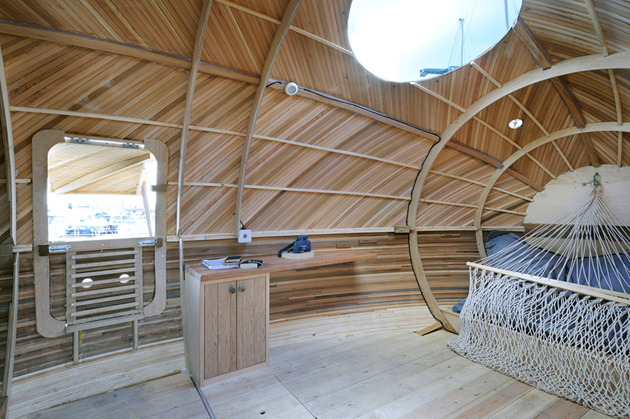 During the day, the hammock is hung up to one side and the space inside the Exbury Egg is opened up as a studio for Turner’s art works. A cabinet on the edge stores all the absolute essentials. 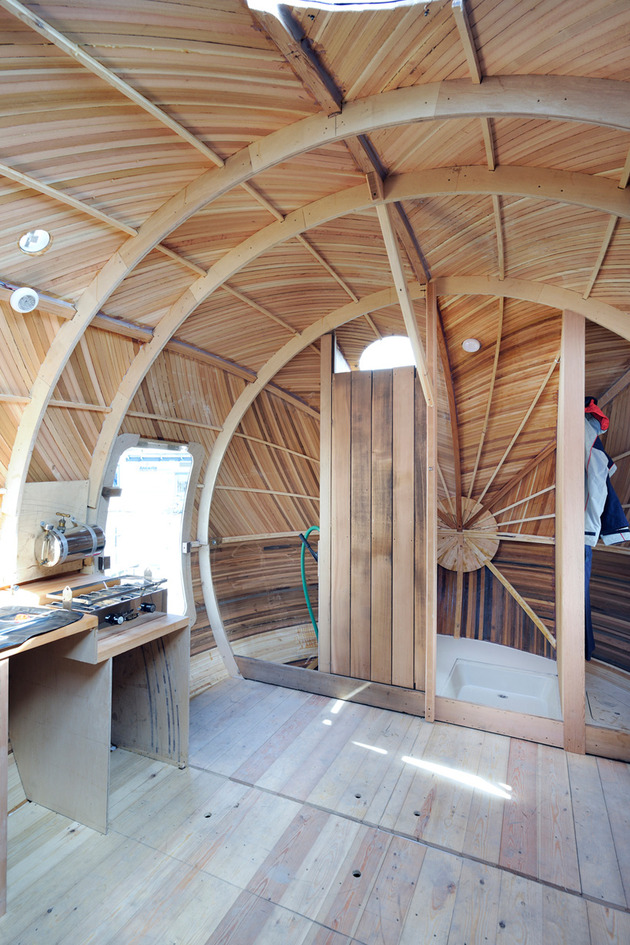 The other side of the pod contains more storage and practical utilities, including a shower. This section of the floating home gives it usability as a long-term residence. 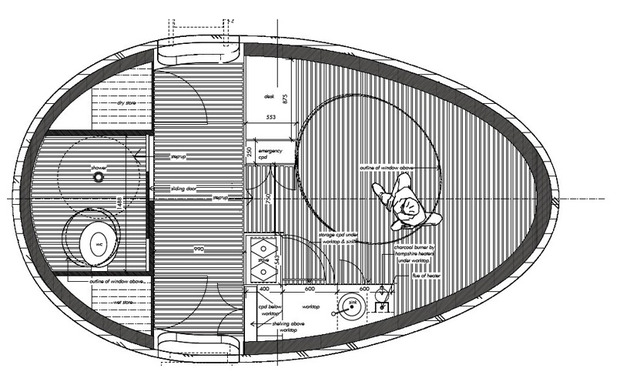 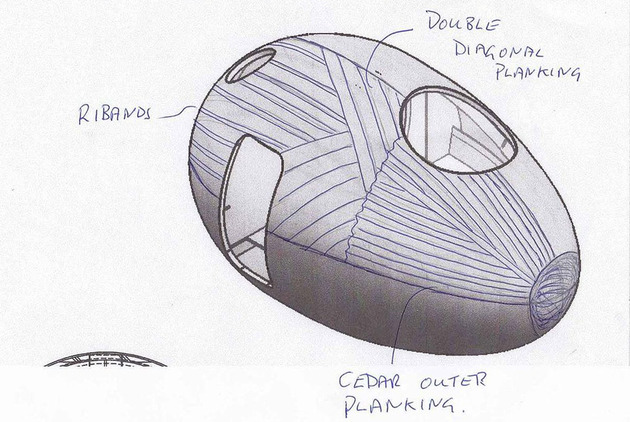 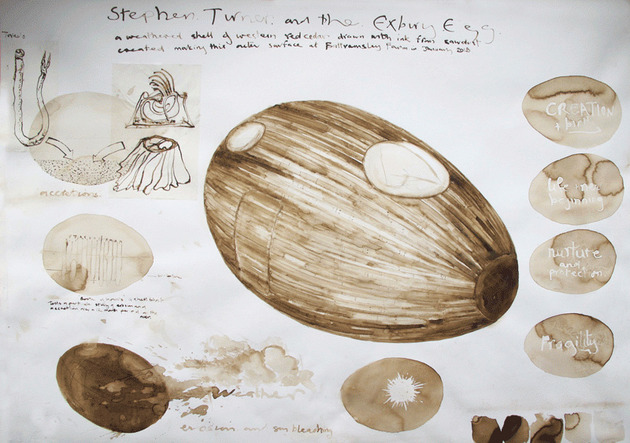 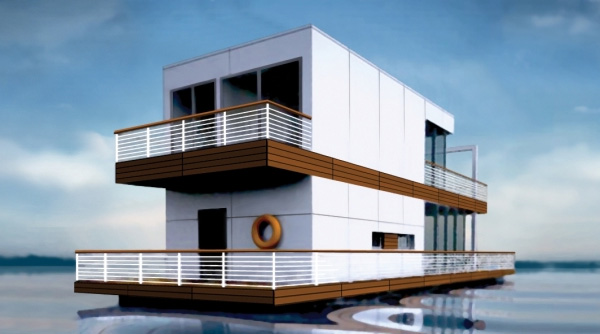 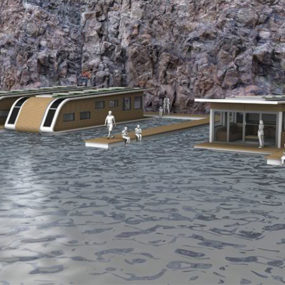 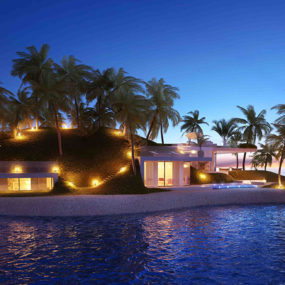 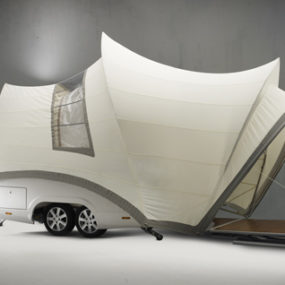 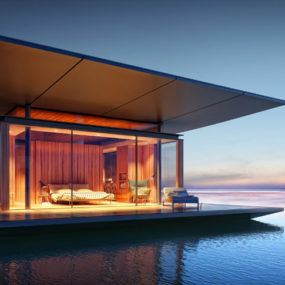 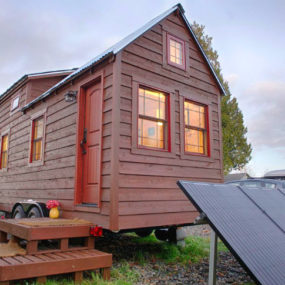 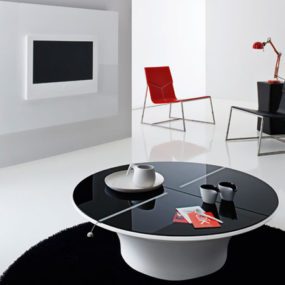