Fascinating Waterfront Home Emerges like a Platform to view Ships 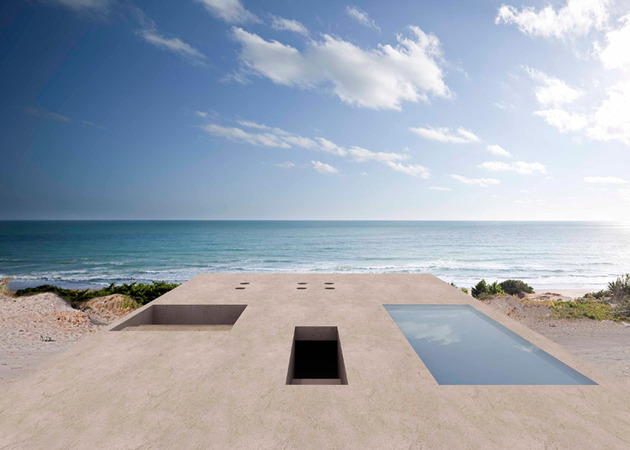 Alberto Campo Baeza designed this Cadiz, Spain waterfront home to be one with the Atlantic Ocean by creating a profile that is barren of detail except for the brilliant rooftop pool that appears as a puddle of ocean water amidst the surrounding beach and the dark shadowy voids that are the entry stairway, skylights and windows. Dubbed the House of the Infinite, the views literally seem to go on forever, only stopping as the sun goes down on the horizon. 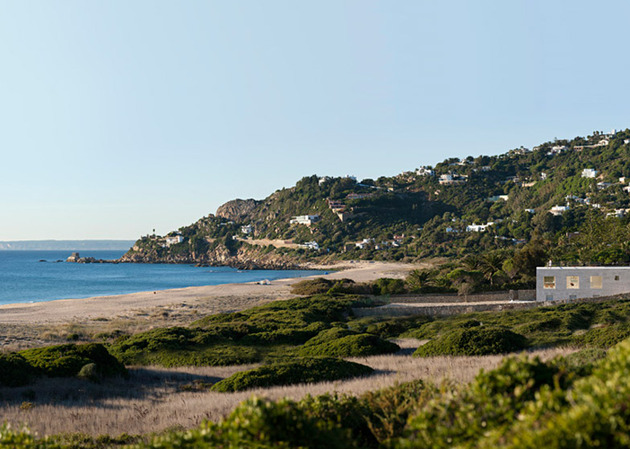 House of the Infinite is positioned where the sea connects the two continents, emerging like a platform to view the ships from as they pass the Mediterranean to the Atlantic. 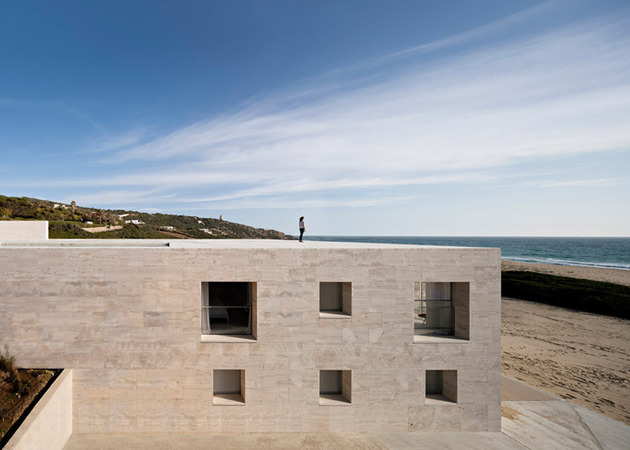 It is built with Roman Travertine, a stone that has the same tonal colors and variations as the sand below. The rooftop is the main living room while below it are two floors that have been excavated in to the solid rock behind. These two volumes hold the rest of the social and private zones. 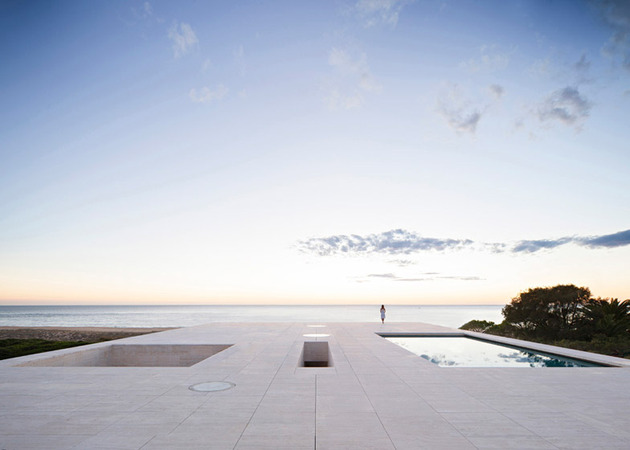 House of the Infinite is built like a large box that is 20m wide and 36m deep. 12m of the depth are excavated into the rock. Entry to the home is via a rooftop staircase. 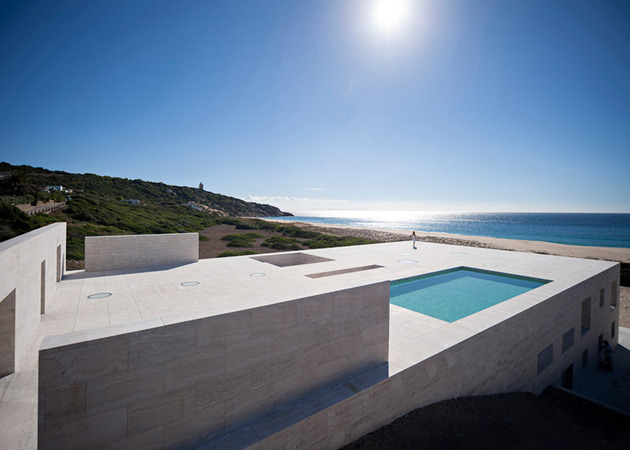 To give the home more presence, the architects stretched the Roman Travertine terrace as far back as the entrance wall that separates it from the street. This wall, as well as the two side walls protect the rooftop living space from the prevailing winds. 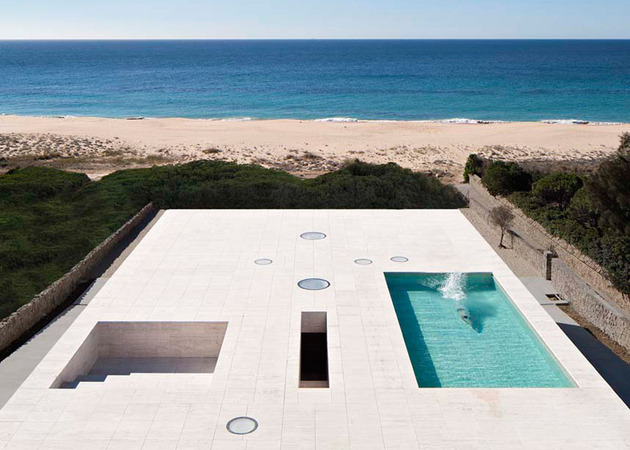 Round skylights dot the roof, appearing more like small puddles rather then view windows to the rooms below. 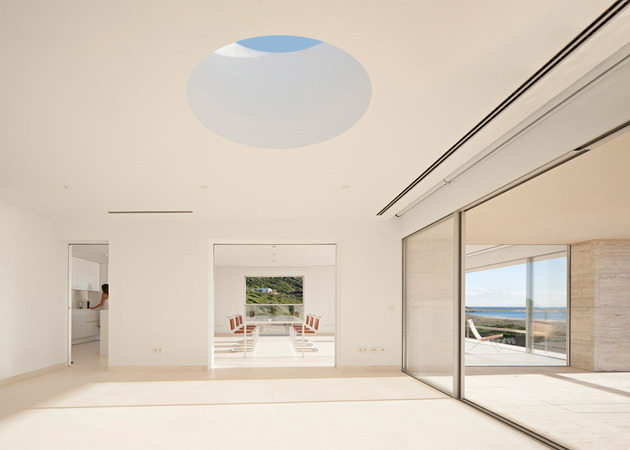 From inside the home, the skylights flood the upper level of the home with natural light, as do the floor to ceiling / wall to wall glazings. This level contains an indoor living room, kitchen and dining area as well as a terrace for lounging or dining el fresco. 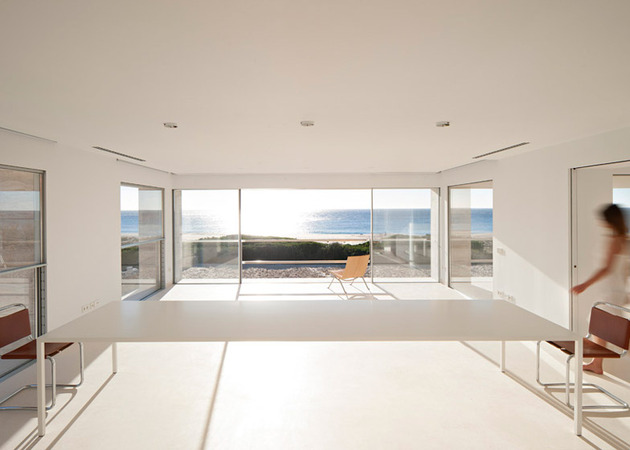 The interior of the home is as void of detail as the exterior, allowing the panoramic views to always be the focal point. 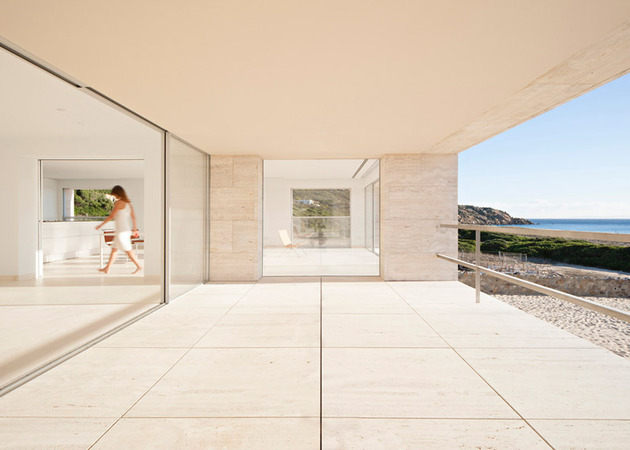 The terrace within the social zone is protected both from the elements via an overhang provided by the rooftop deck above. 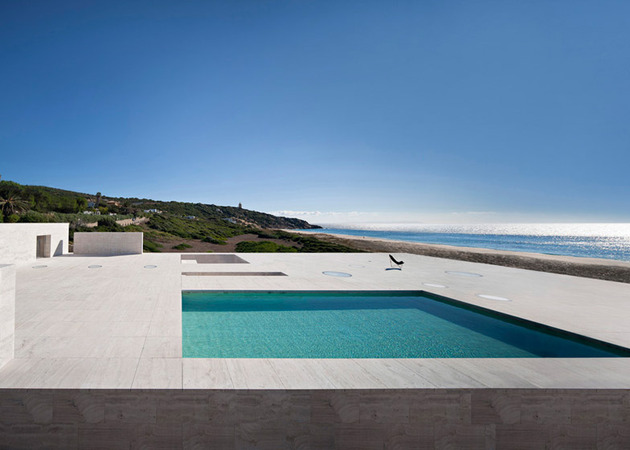 the main level terrace might be covered to offer protection from the sun and the rain, but the rooftop deck is completely exposed for those days that are too enticing to be sheltered. 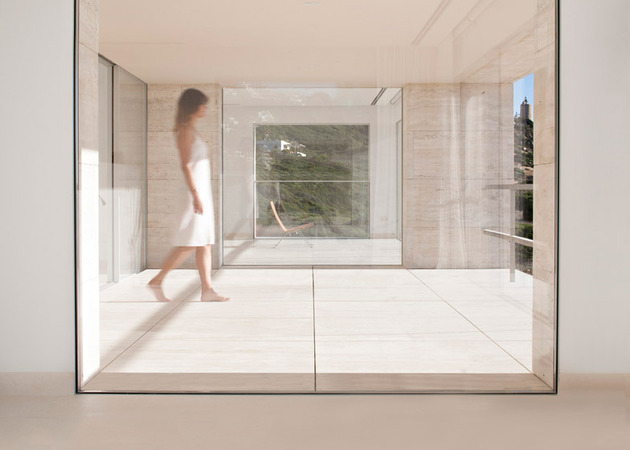 The lower level has a 6 bedroom suites, each with its own ensuite. 3 bedrooms are located on either side of a common area that leads directly to the beach while the staircase connecting this level to the social level above flanks the rock. 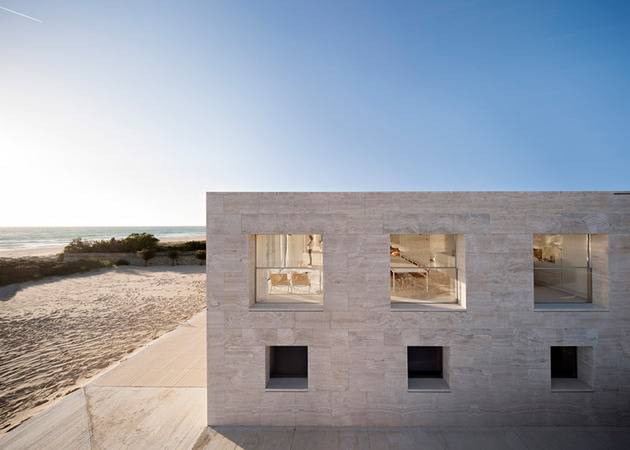 The windows are all positioned symmetrically on the side of the home, although the bedroom windows are smaller then those above. 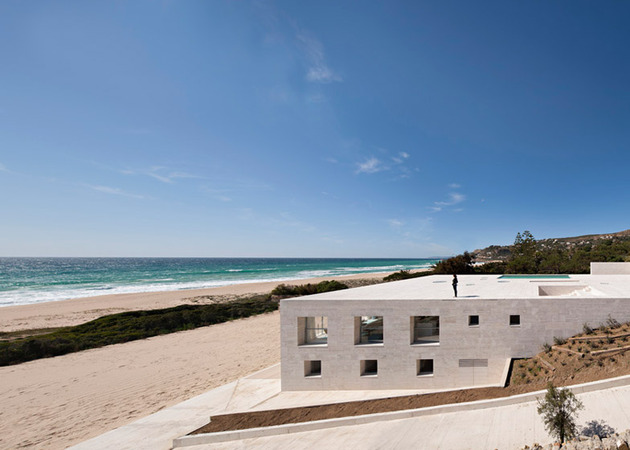 A couple of centuries ago, the Romans built both fishing factories to produce Garum and temples to worship their Gods and the ruins are just a stone’s throw away. Alberto Campo Baeza built this home in honor of this history by designing it as an acropolis of Roman stone. 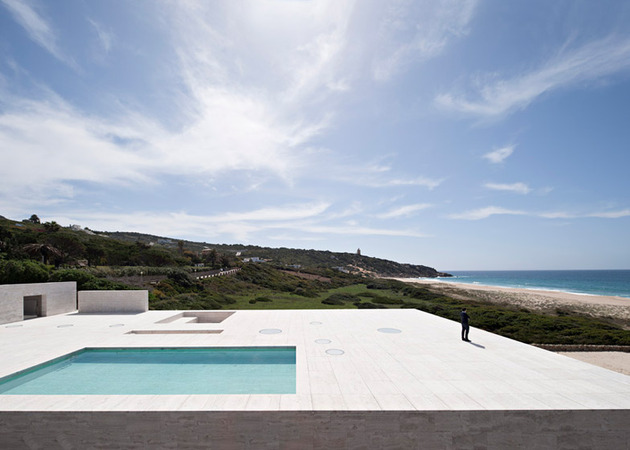 Alberto Campo Baeza considers the home to be first a piece of monumental landscape and 2nd as a home to reside in. 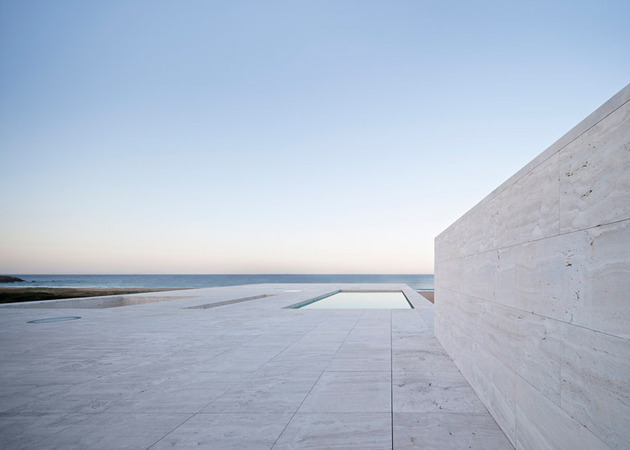 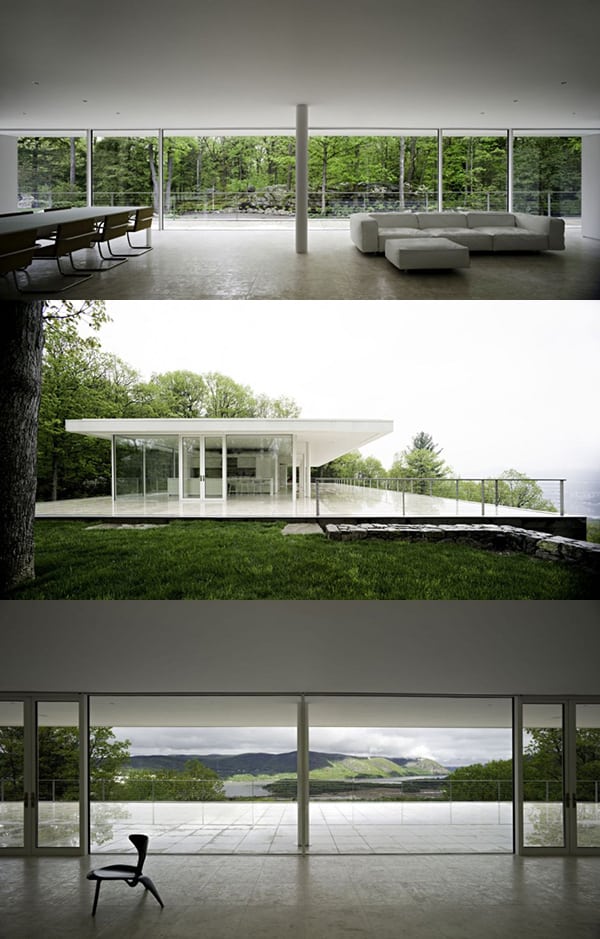 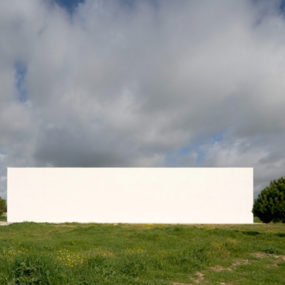 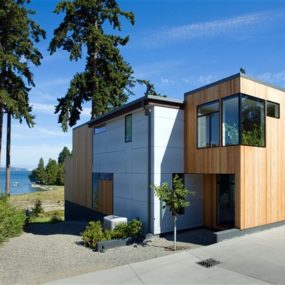 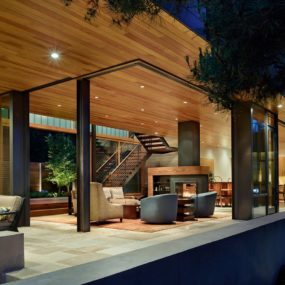