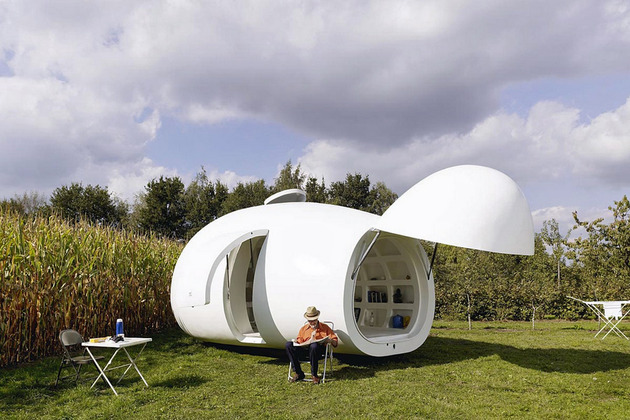 Two things that we often see together in a certain subsection of modern home design are compactness and mobility, attributes exemplified by this little egg, originally designed as a mobile office and living space by dmvA Architecten for a client whose local laws did not allow modern structure to be added to her actual home. The orb is actually serviceable as a full-time home, with a small shower and bathroom to hook up to campsite-style water supplies and lighting to connect to on-site electricity. The inner walls of the structure are lined with open shelves, with enough storage for the possessions of a minimal liver. The egg is ventilated, and can be either a workspace or bedroom without any change in structure. As a temporary living solution or as a long-term experiment in minimal life, this blob has some of the most amenities of any micro-home we’ve seen.

The pod can be configured in nine different fashions based on the opening and closing of its doors and windows, suiting any sort of weather or privacy concern. For sleeping and transport, it’s completely closed. 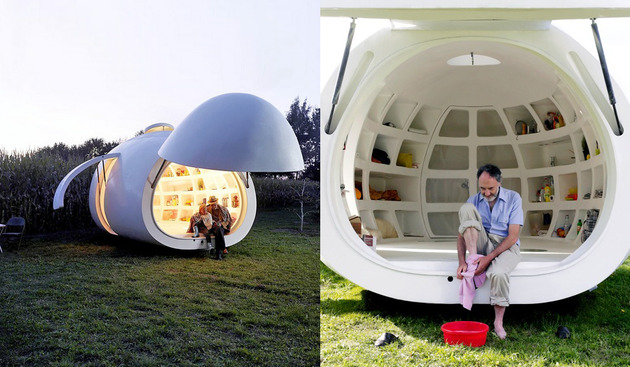 The smallest end of the orb opens up on a motorized mechanism similar to the tail of an airplane, creating a couch with the grass around it for its living room. Though the home itself may be extremely small, the extremely open nature of its design keeps the truly usable space as large as you wish. 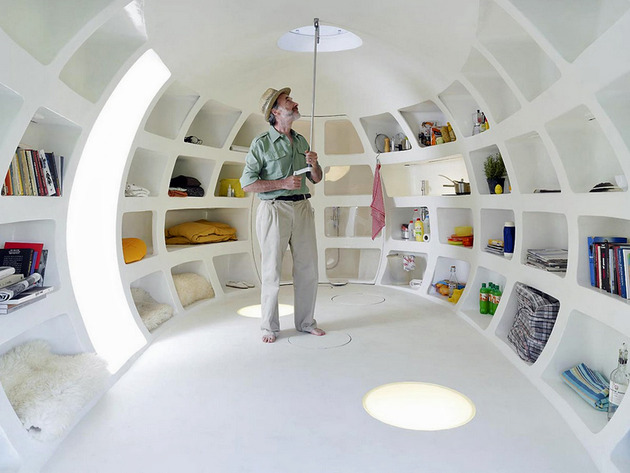 Almost every piece of the orb’s interior wall is covered in open-face shelves, keeping the floorspace organized and free of clutter while allowing more than the bare minimum to be kept in the structure. 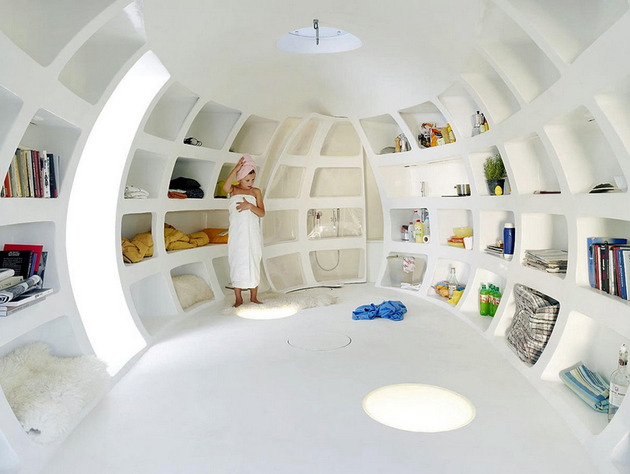 A compact bathroom is set behind the shelves of the largest end of the pod, with enough standing room for the average person to comfortably shower. Because all the surfaces of the pod are water-resistant, the resident need not worry about drying off before exiting the shower. 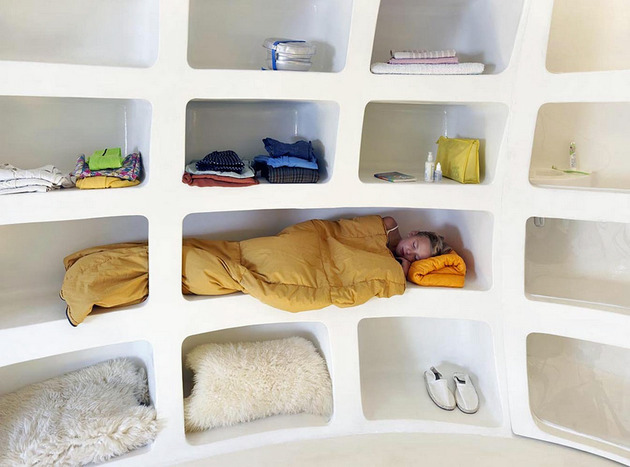 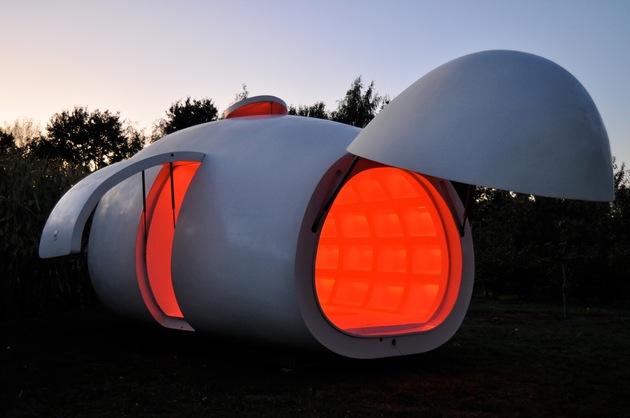 At night, red-filtered accent lighting calms down the pure-white color scheme of the orb, changing the environment up to encourage rest. The light is also dim enough to not attract as many insects as white light would in natural surroundings. 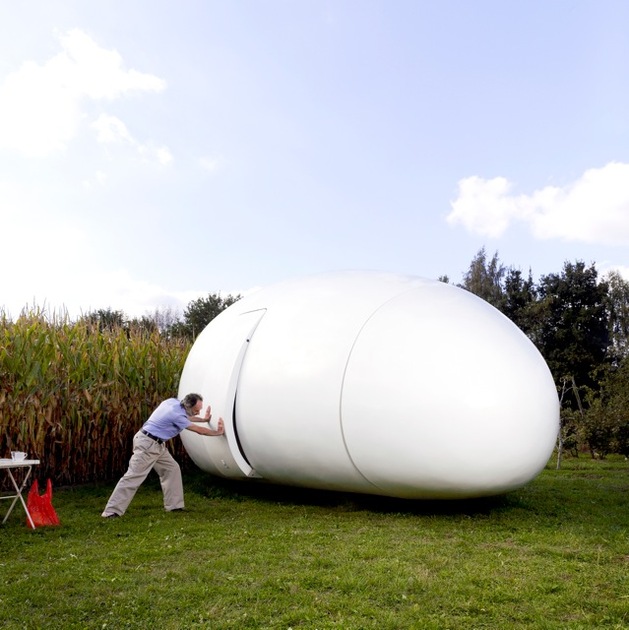 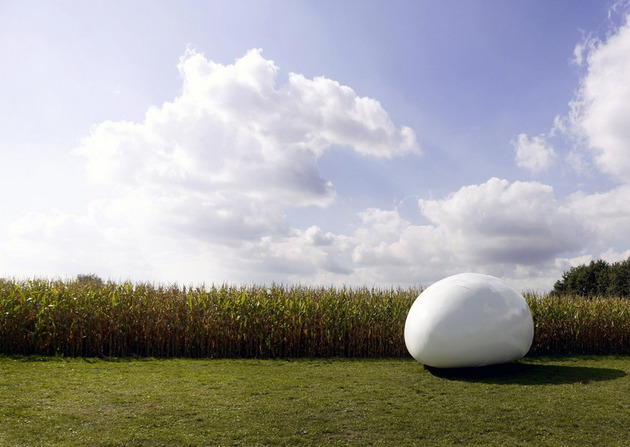 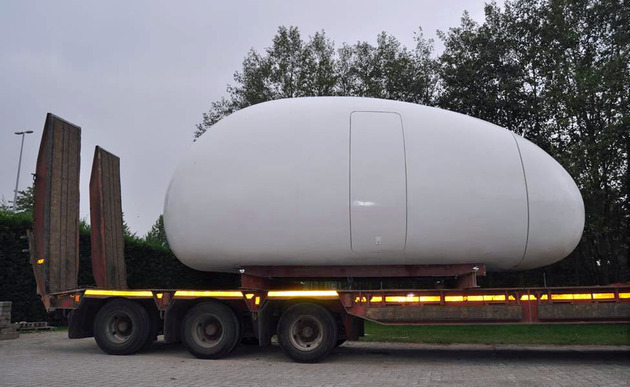 Though the blob itself is not a trailer, it can be taken from site to site in a fashion similar to many prefab homes, on the trailer of a semi truck. No extra building is done at the new site when the orb is installed; the only work needed to be done is utilities hookups. 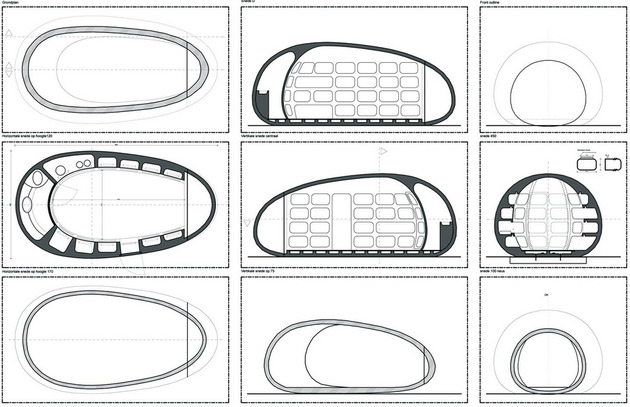 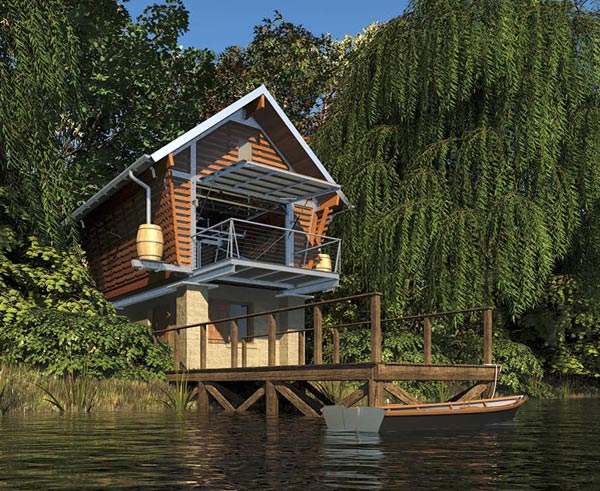 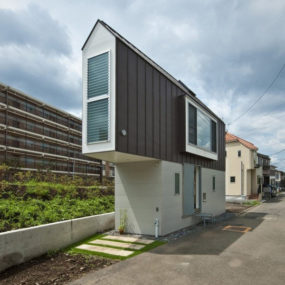 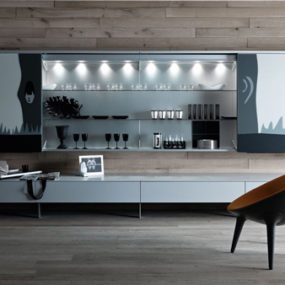