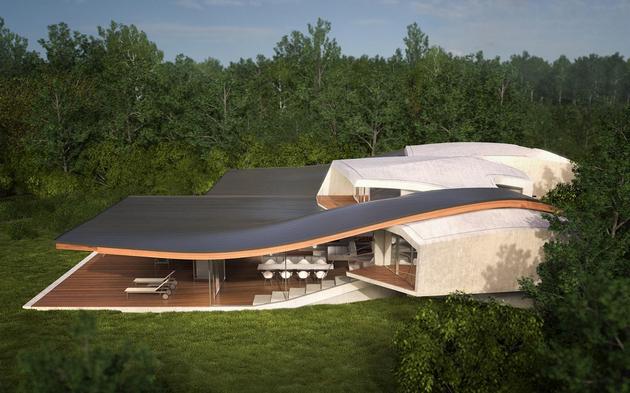 Surrounded by forest and overlooking a lake in the south of Vienna, Austria, the House Birkensee is an amazing composition of volumes that flow smoothly from one to the other by the clever roof design. Labvert designed this vacation residence with a wooden deck as its foundation and, except for the walls of glazings separating the inside from the outside, the indoor-outdoor areas appear as continuous as the roofline itself. This play on volumes is an intricately woven pattern that has an ebb and flow to it as though it where a sculptural installation rather then a 3 bedroom home. 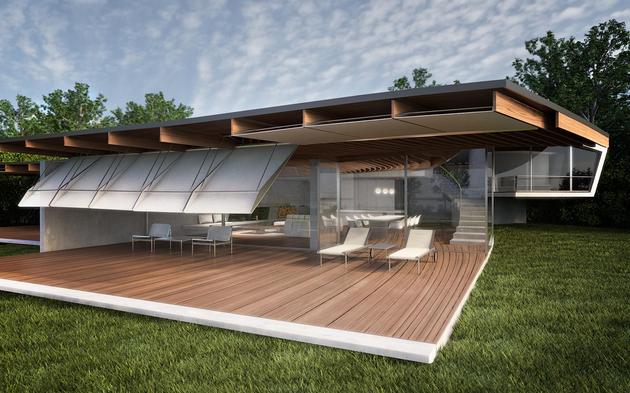 Aside from the curving roofline and the continuous deck, House Birkensee also incorporates a cantilevered volume that houses the master bedroom. The cantilever creates a shady area on the grass below while an awning attached to the roof shades the outdoor lounge area on the deck. 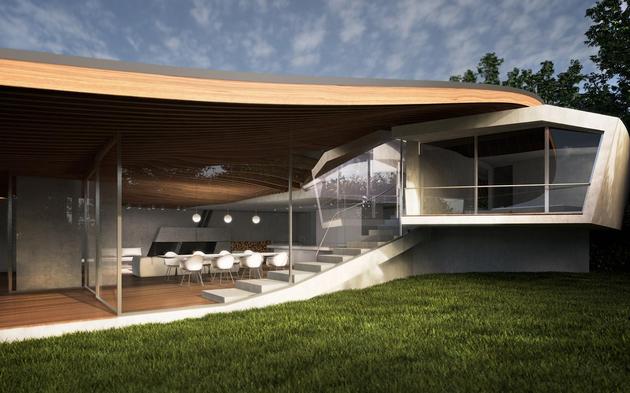 While the roofline curves up and over the master suite, the volume itself appears very angular. 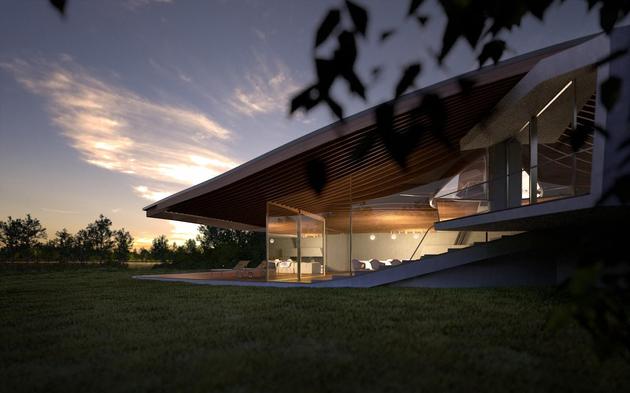 The walls not only create a continuous flow of the deck from the indoor and outdoor zones, but they also create the same flow for the ceiling – which is ribbed with wood beams which from a distance creates a visual of a bird’s wing. 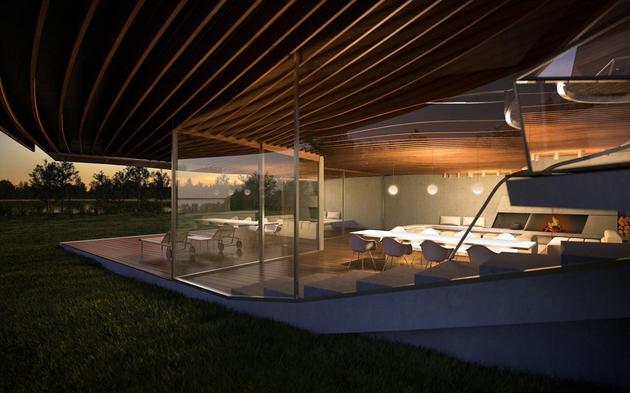 Although the exterior walls are glass and the floor and ceiling are wood, concrete is used for the rest of the construction – including the stairs that lead up to the private zones. 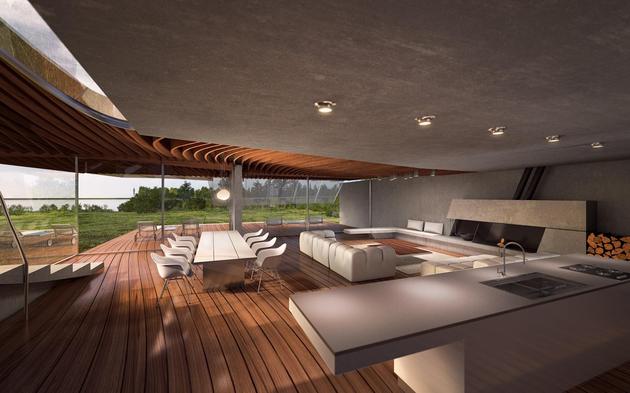 A stunning fireplace within the social zone is designed with a geometric boulder composition and check out the slope of the two flues, its such a small detail with such a big impact. 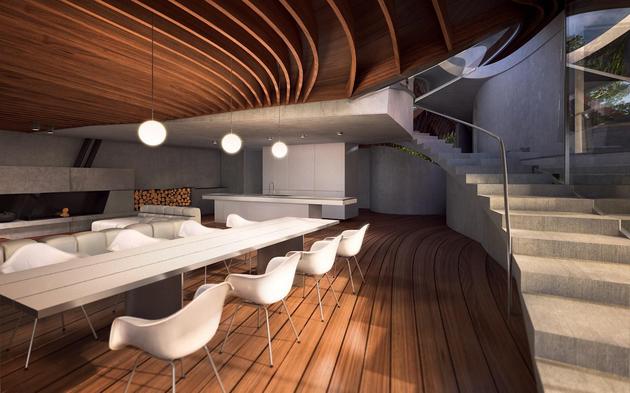 The way the ceiling ribs curve in the opposite direction of the curved floor planks below is a dramatic combination of tension and flow all at the same time. 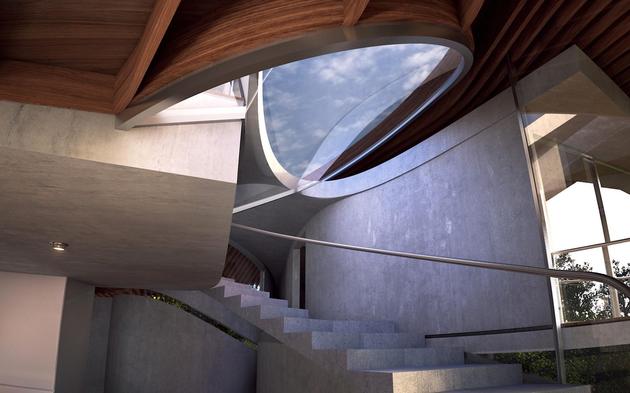 The stairwell leads to the multilevel upper floor, which consists of the master suite and ensuite cantilevered out and over the garden as well as two bedrooms and a bathroom on the other side of the stairwell. The ceiling between the two areas is filled with a glass void for views of the sky above. 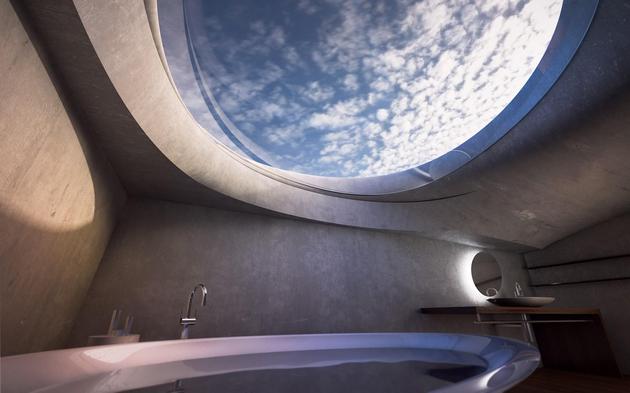 The stairwell is not the only location with a view of the sky; the bathroom features a round skylight right over the tub. 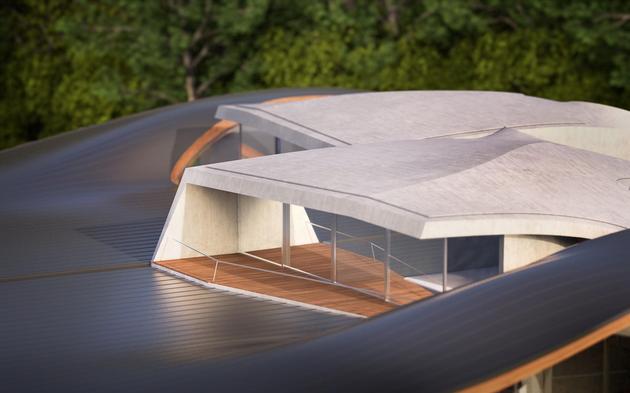 The bedrooms have their own private terraces overlooking the lake. 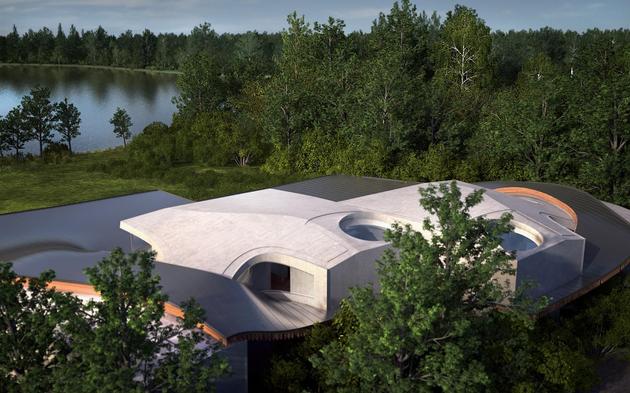 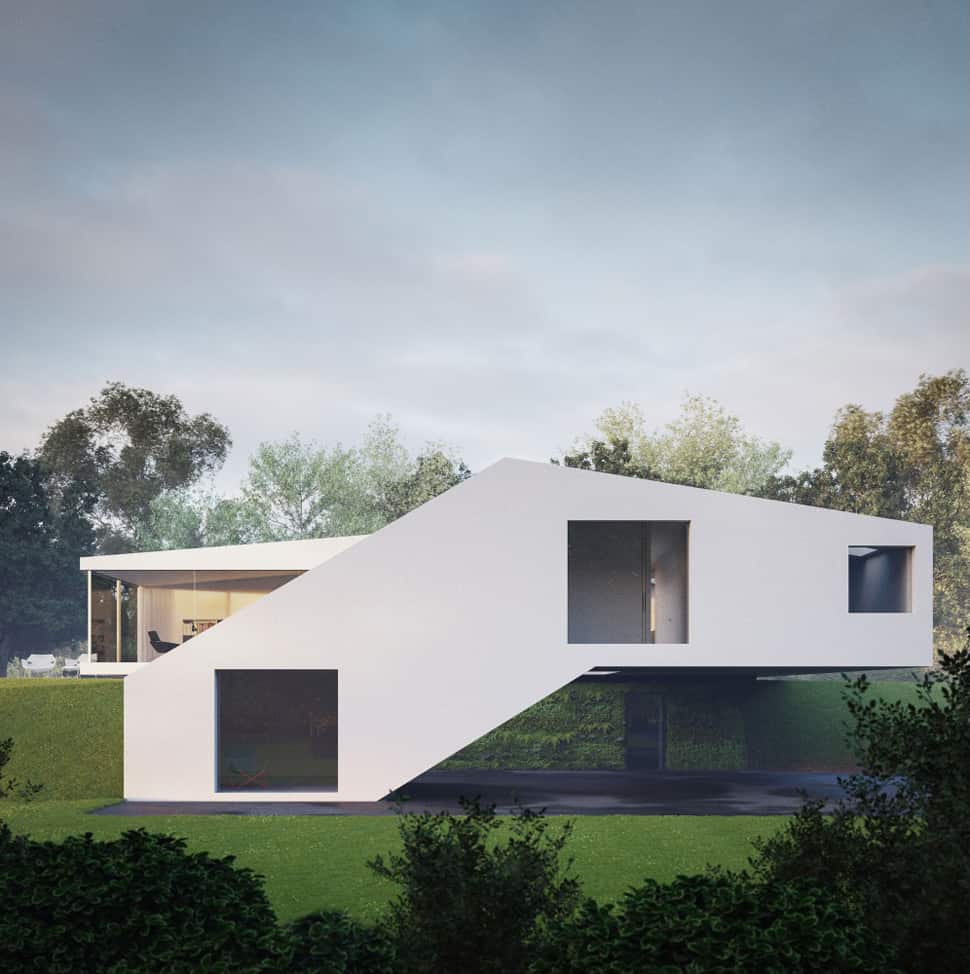 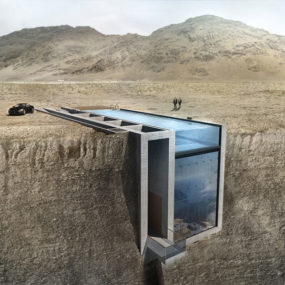 Futuristic House on Edge of Cliff Has Swimming Pool for Roof 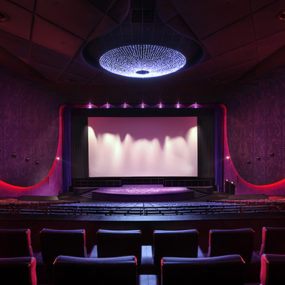 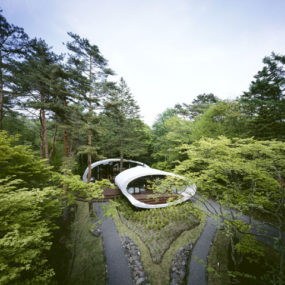 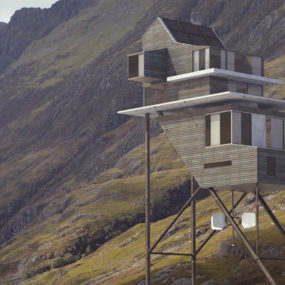 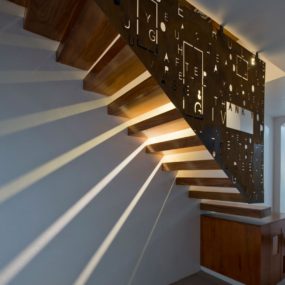 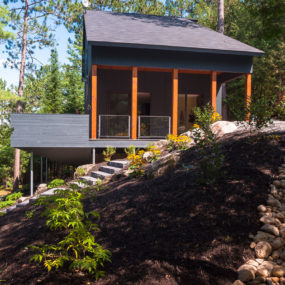 One thought on “Futuristic Vacation Home Opens Up to Outdoors”

Futuristic House on Edge of Cliff Has Swimming Pool for Roof