Villa K by Paul de Ruiter Architects is located in Thuringia, Germany. It’s an energy neutral house that makes the most of its southern exposure both from the standpoint of sun exposure and panoramic views of the site’s cascading hillside. Paul de Ruiter Architects designed Villa K with a minimalist aesthetic but still managed to create a lot of drama by the inclusion of a swimming pool that extends into the footprint of the minimalist design. 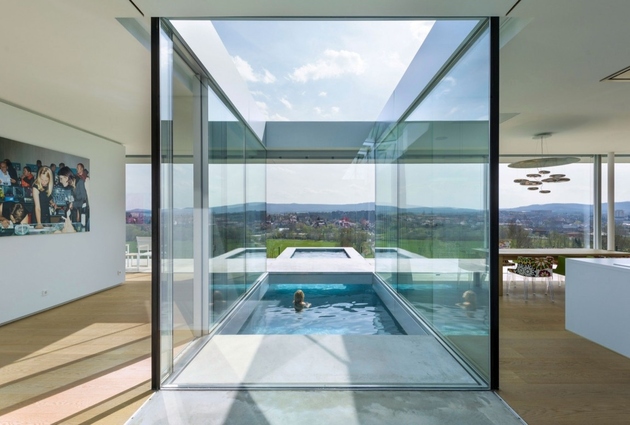 The swimming pool slices through the home’s terrace, dividing it completely in two but a removable bridged platform connects the two halves while offering a fun place to sit and enjoy the views while dangling feet into the water below. 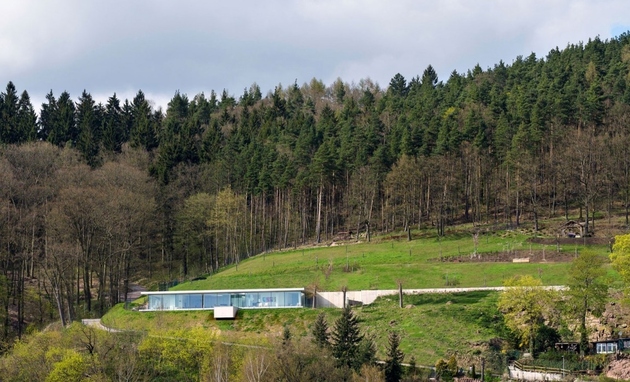 Paul de Ruiter Architects took advantage of the steep slope and designed the home with a large section of it incorporated into the hillside thereby not only using the south orientation for passive heating but also the moderation of the earth itself for passive heating in the winter and cooling in the summer. 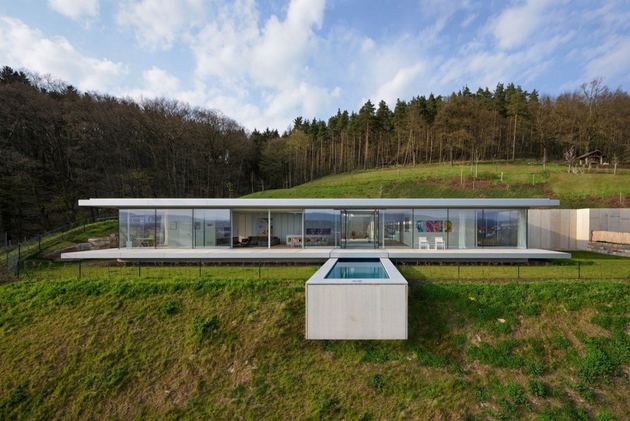 Villa K creates its own energy via solar cells incorporated into the living roof design and from a solar deck that covers the swimming pool. 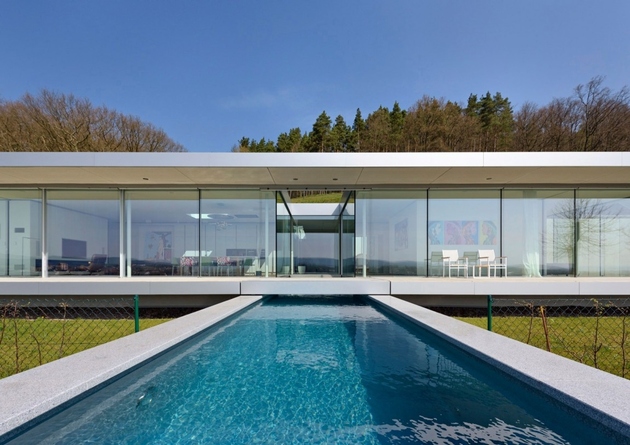 Sun exposure is maximized via the large expanses of glazings on the south side of the home. 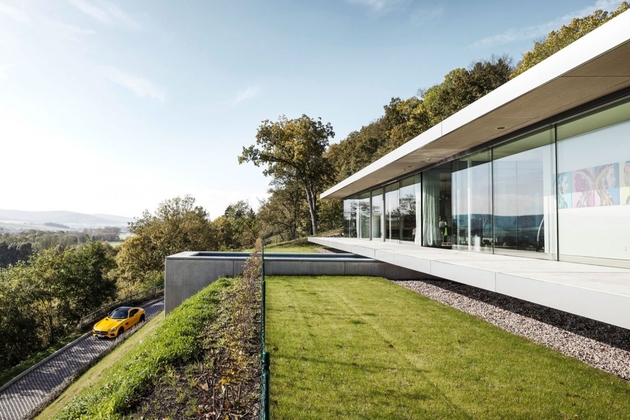 A vegetable garden and fruit trees have been included in the landscape design. 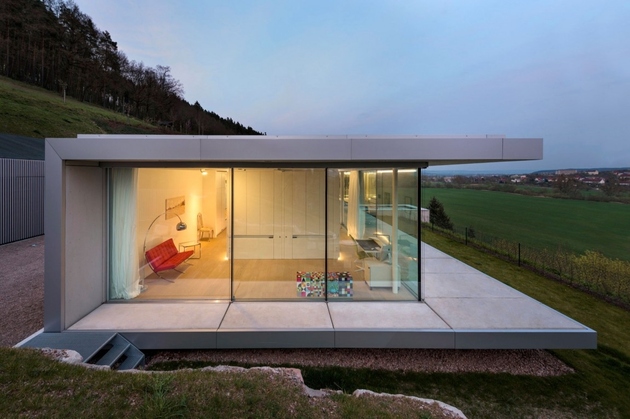 The home is U shaped and the entrance is in the elbow of the U. The north portion of the U is where the 6 car garage, pantry, technical and hunting rooms are located. 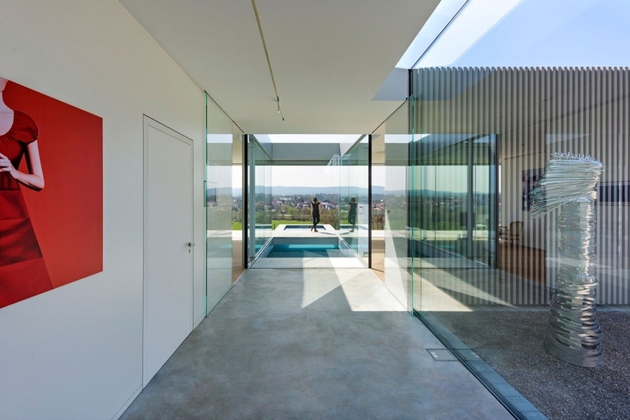 The foyer leads north to the garage and south to the social zone where it is in direct alignment with the swimming pool. 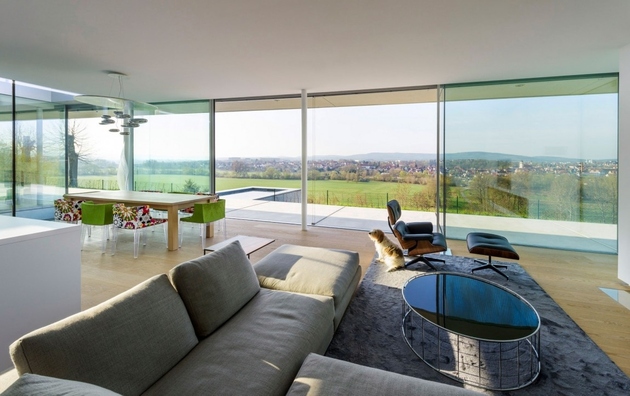 The social zone is an open floor plan that maximizes the views. On either side of the kitchen, dining and living room are bedrooms, the master suite is on the east and two Murphy beds are on the west. 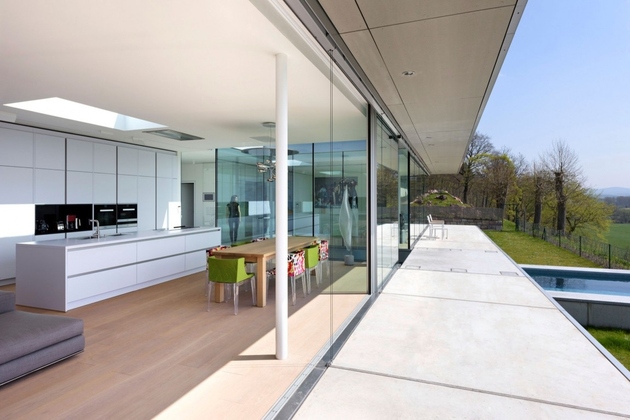 The terrace is U shaped, wrapping around the sides of the home. 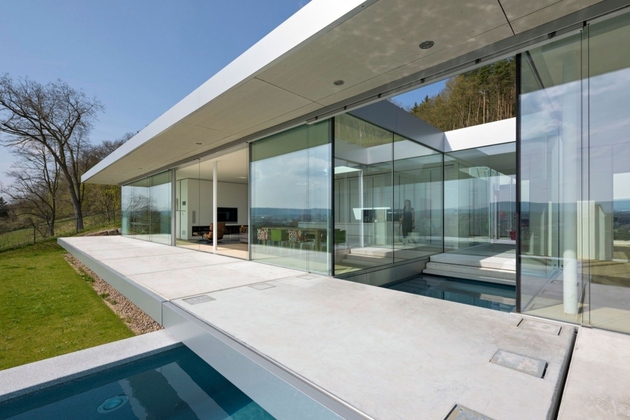 A void in the roof is positioned directly over the swimming pool. 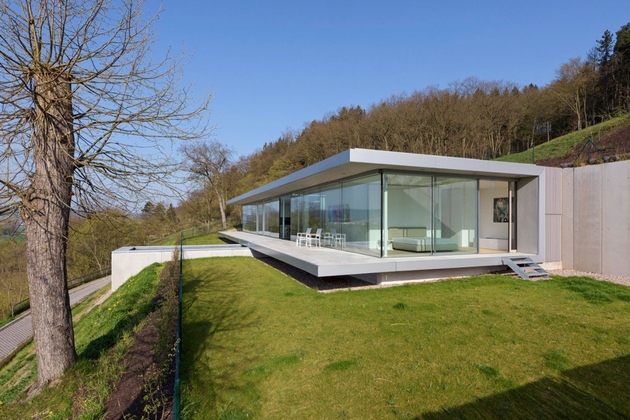 All the glazings are on tracks that allow them to be slid and stacked out of the way, creating a seamless transition from indoors to outside. 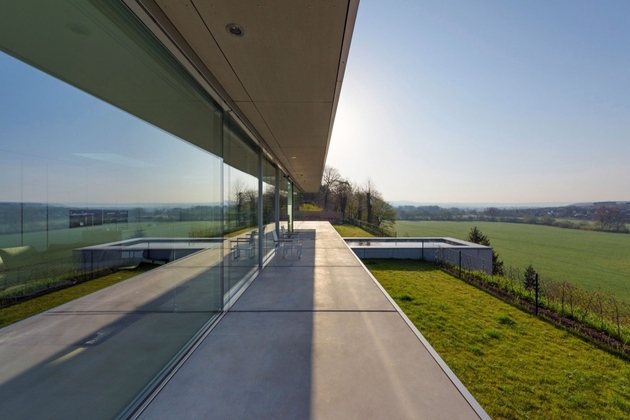 The pool bridge is virtually indistinguishable from the terrace itself, creating one continuous visual, but the bridge can be lifted and removed when its time to swim laps. 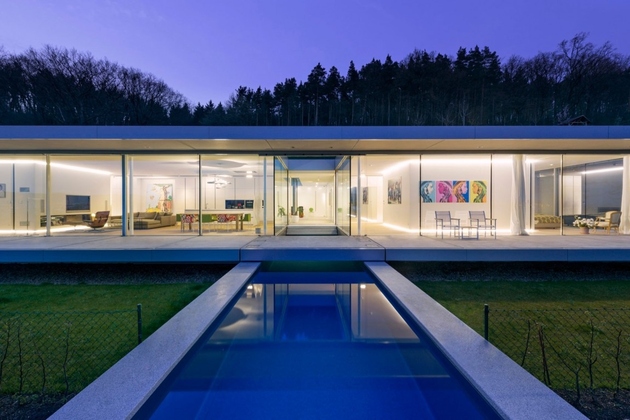 The roof of Villa K is an alternating pattern of solar cells and moss or sedums that help cool the home during the heat of the summer. 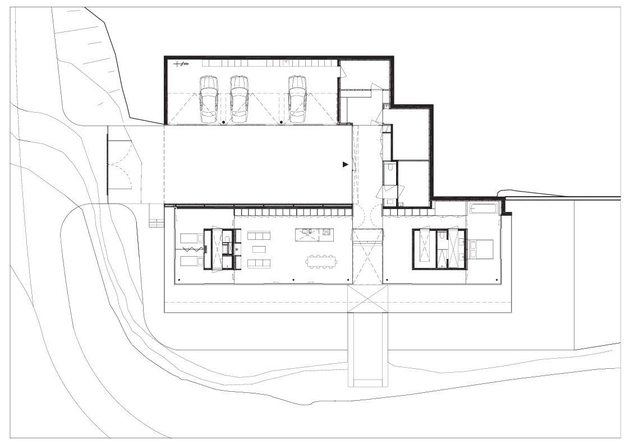 Villa K has been designed to include under floor heating and a heat pump is used to cool the home during the summer and retain warmth in the winter. A computer system is used to regulate the heating and cooling systems.
Paul de Ruiter Architects
Photography by Pieters Kers and Patrick Voigt.
Self-sufficient homes are becoming more and more common, in fact you can even have a certified self sufficient home that is not just for energy conservation, but also for a healthy living environment. 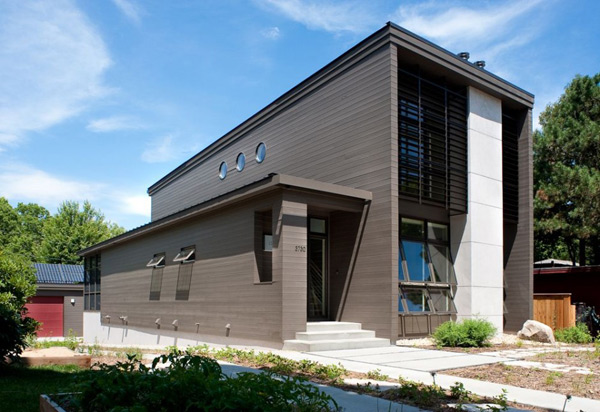 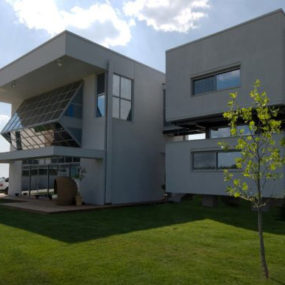 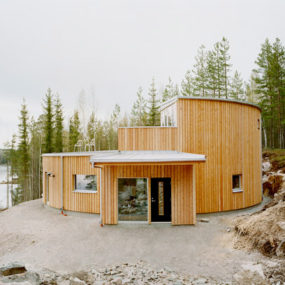 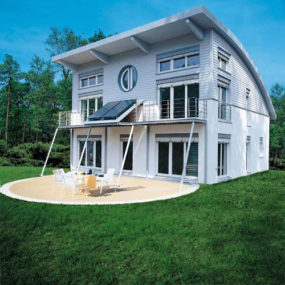 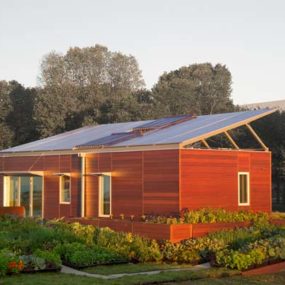