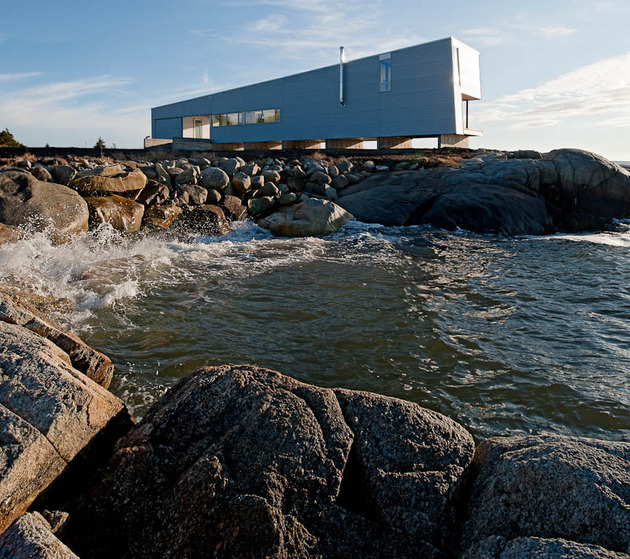 Located on a sea shore in Nova Scotia, Canada, this long and narrow house follows the shape of the rocky promontory it is built on. The design was adapted by MacKay-Lyons Sweetapple Architects to resists harsh weather and heavy waves. The body of the house is perched on a series of parallel concrete slabs that have the role of breaking the waves and preventing the house from flooding. The facades are made of glass and corrugated aluminum panels, that alternate protecting the house where necessary and opening it up to the views where possible. The entrance into the house is done through an opening into the body of the house that serves as a platform to admire the views at the same time.There are two doors, one to the left and one to the right, the one to the right leading into the main side of the house. The roof has a gentle slope from the front towards the back of the house, creating a double height at its highest end. Through the house might seem a two-storey one from the outside, a second storey has been only created at the front of the house, above the open terrace. It is not a real second floor, but a mezzanine that is open on the living room and is only enclosed by a glass balustrade. The living room area is set under an almost double height and has big glass windows facing the sea on one side. 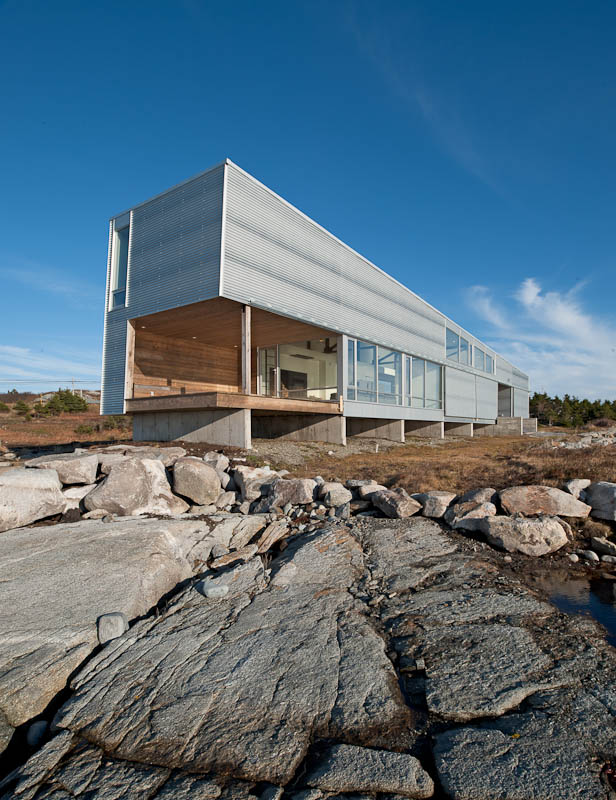 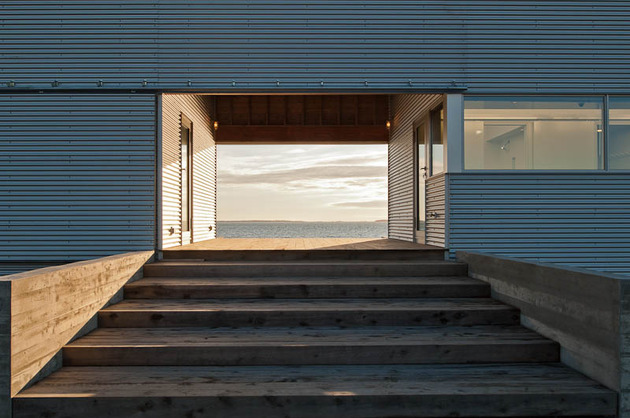 The tunnel-like opening into the body of the house directs the views towards the sea and the horizon. It looks like a framed picture of a beautiful sea-scape, especially when it captures the sunset. 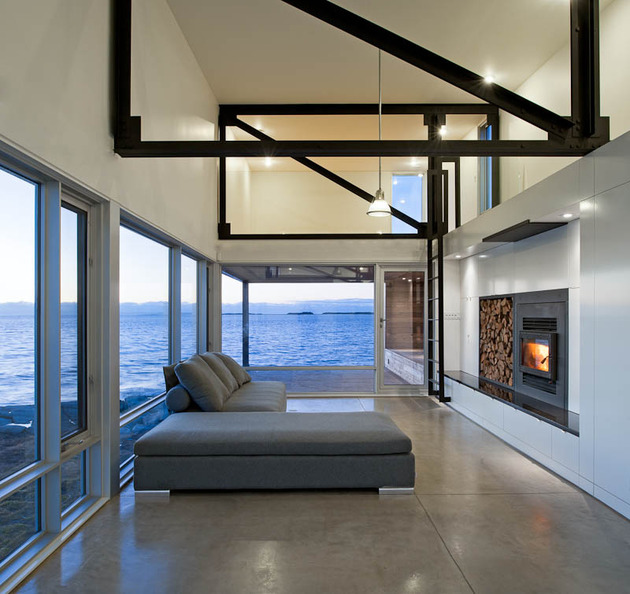 The roof is sustained by rectangular metal frames that grow gradually in size from the back to the front of the house. The space dedicated to the living area has a fireplace built into the back wall and a glass front opening on the sea. 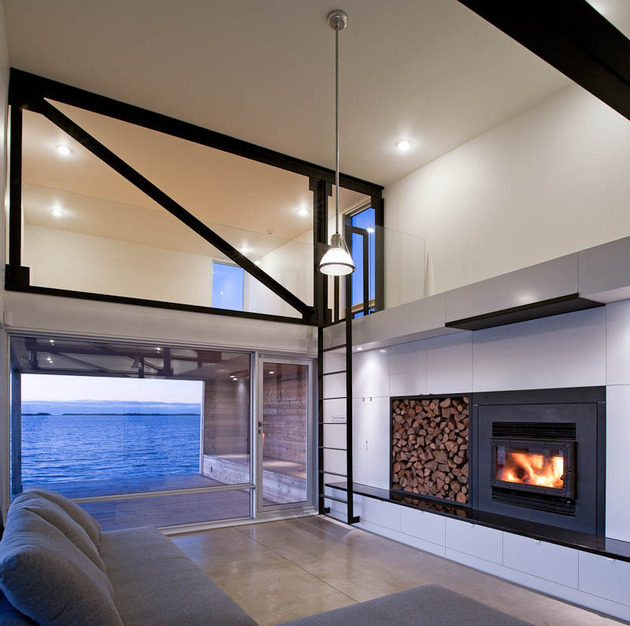 The last such frame limits the mezzanine platform, that is accessible by climbing a metal ladder. This mezzanine is actually the only bedroom of the house.

The living room is continued with a corner decked terrace that opens almost 360 degrees views of the sea . 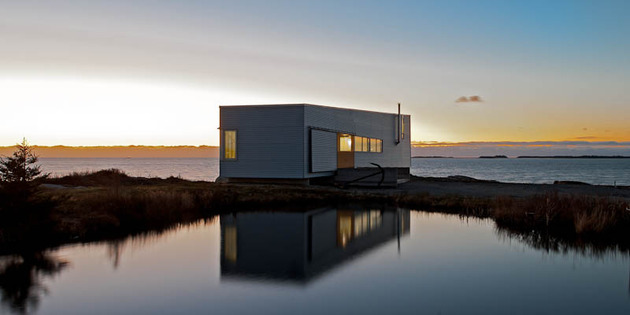 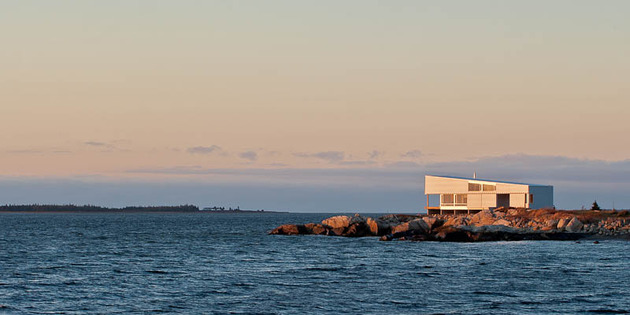 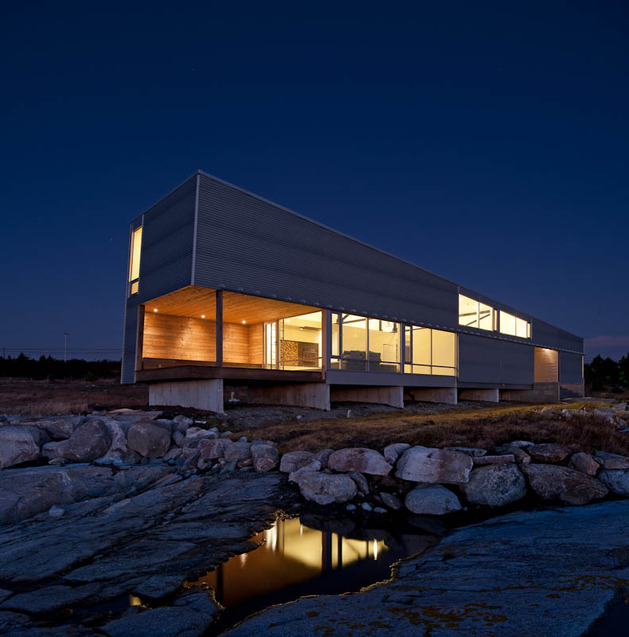 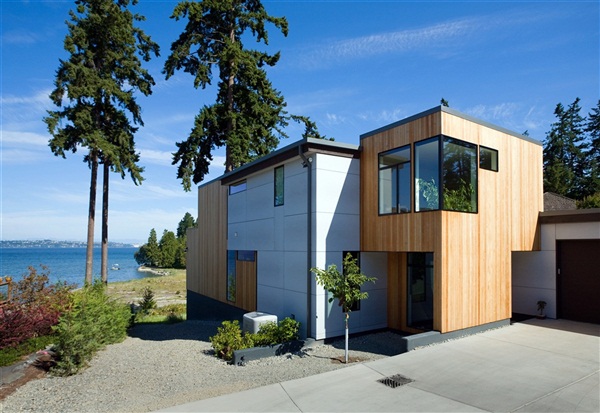 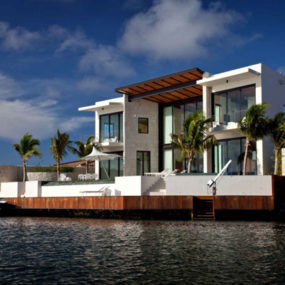 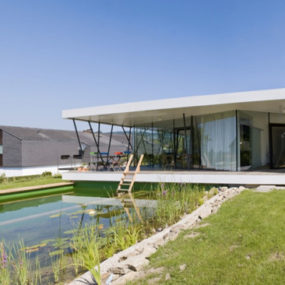