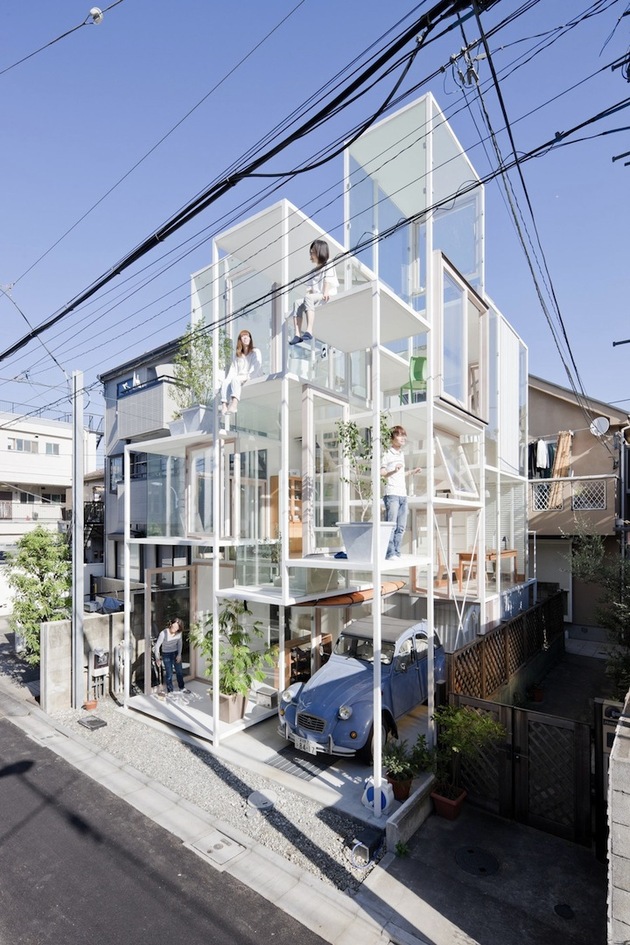 Built in Tokyo, this utterly unique house seems to be almost more of a vertical sculpture than a place of living, set among more conventional dwellings on a busy urban street. Defined by a combination of various architecture and design traits, this project by Sou Fujimoto Architects is one of the firm’s few residential projects, and stands out from any other modern residence in existence. The home features a facade dominated by glass walls and white metal supports, spaced in a seemingly random geometry delineated only by the edge of the constricted city lot. All over the front and sides of the building, partially exposed decks and rooftops host potted plants, giving a decidedly green flair to the clear house. Despite the glass walls however, the spaces inside are neatly packaged so that no private room faces unwanted views from outside.
The layout of rooms within the dwelling is as abnormal as its exterior architecture. Based on a series of ever-ascending platforms, each one spaced only a few feet higher than the last, the architects have created at least half a dozen levels within a vertical space that would host three traditional floors. Short flights of two or three steps lead between these levels, and there are very few formal doorways between each room. The result is a home that feels like a sprawling and organic complex of spaces instead of a series of disconnected rooms. The offset of each level creates a number of creative built-in storage spaces as well, and leads to the variable-depth front facade and roof of the residence. Only your own reflection in the glass walls give you a definite picture of where the house ends and the city begins, linking the two inexorably. 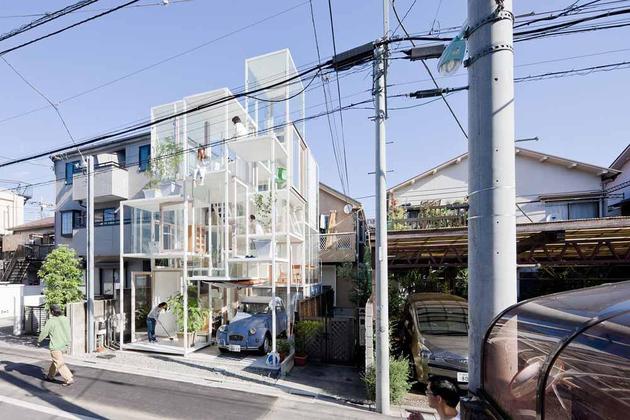 Though the glass walls of the house may seem impractical and revealing in the middle of a city environment, the design of the dwelling is very intelligent about placing private spaces near the rear and next to covered wall sections. Bedrooms and bathrooms are completely concealed from the view of the public, while light floods into each and every room. 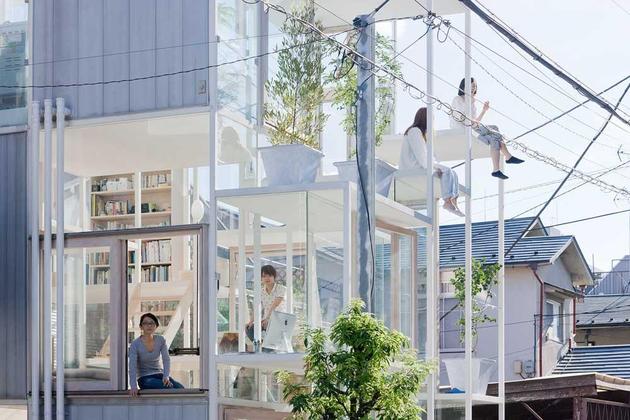 The varying levels of the residence are visible easily from the outside, where a series of decks without railings extend and provide space for plants and people on the exterior of the house without the need for ground-level property at its edges. The tiered architecture of the home makes maximum use of the lot’s available space. 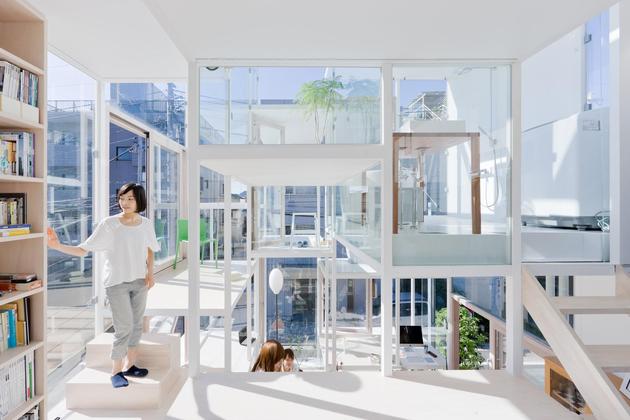 Inside, almost the entire house is accessed through a single flow of traffic. With each area defined by the elevation of the individual platform on which it’s set, the interior as a whole forms one continuous space. 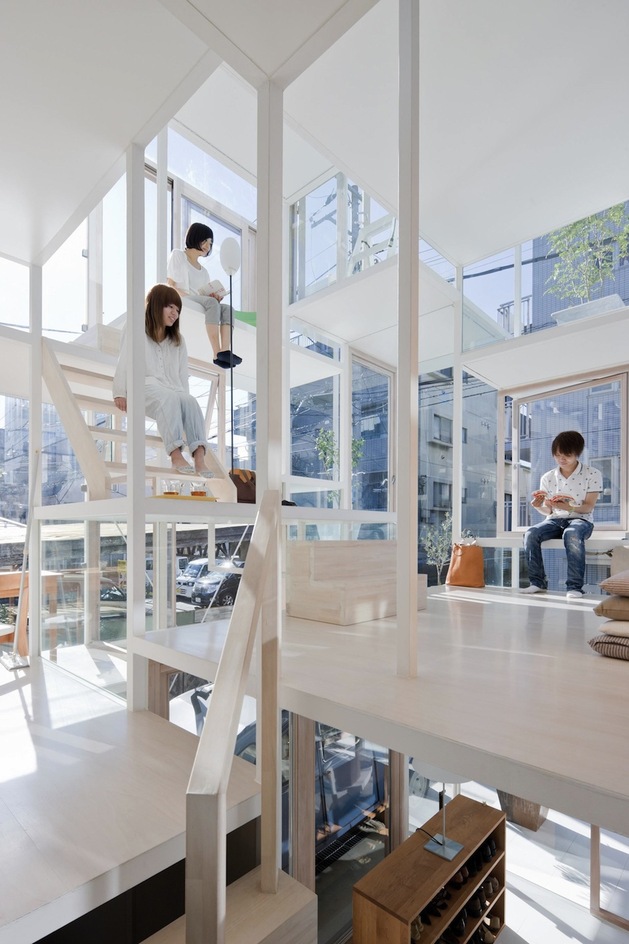 Though the platform arrangement is unusual and might seem cramped in photos, it’s actually quite spacious vertically, allowing each room to have tall ceilings and plenty of storage nooks without interfering with others. All the while, a glance to any side reveals panoramic views of the city around. 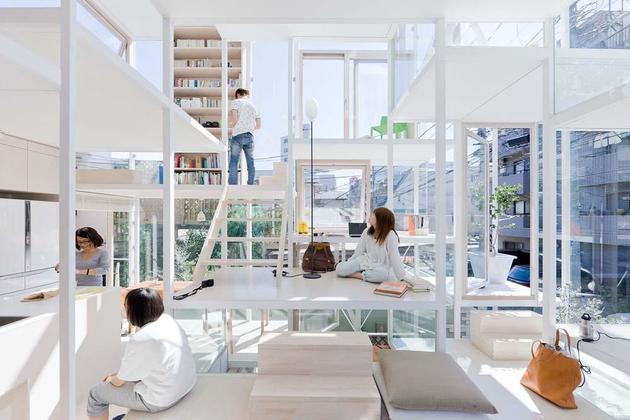 Like any conventional home, the dwelling is arranged with public rooms like the kitchen and living area near the bottom, and more private spaces like the bedrooms and study near the top point of the structure. Various pieces of furniture and decor are built in to fit the white motif of the house, including bookshelves and the short steps between each platform. 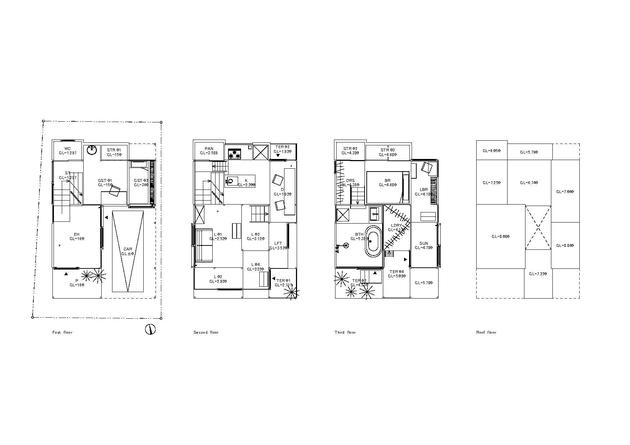 While it may seem undefined in places, each part of the house actually has a very specific purpose, outlined here in the floorplan. Every platform is placed and sized purposefully to use the available space efficiently for the needs of each type of room. 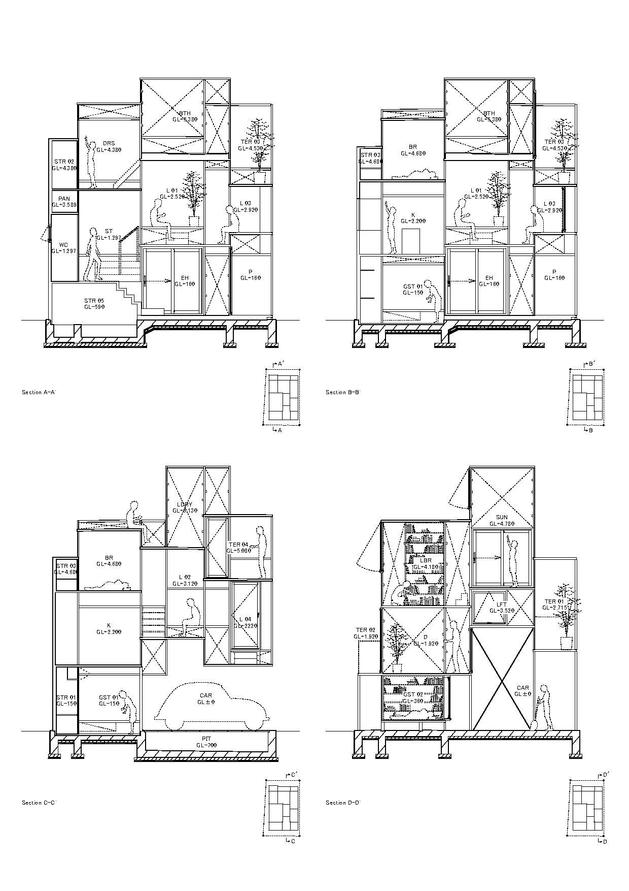 On these side plans, you can see how bedrooms, closets and bathrooms are concealed from outside view, even though they occupy portions of the house near its crest. Light streams in, but the gazes of passers-by do not. 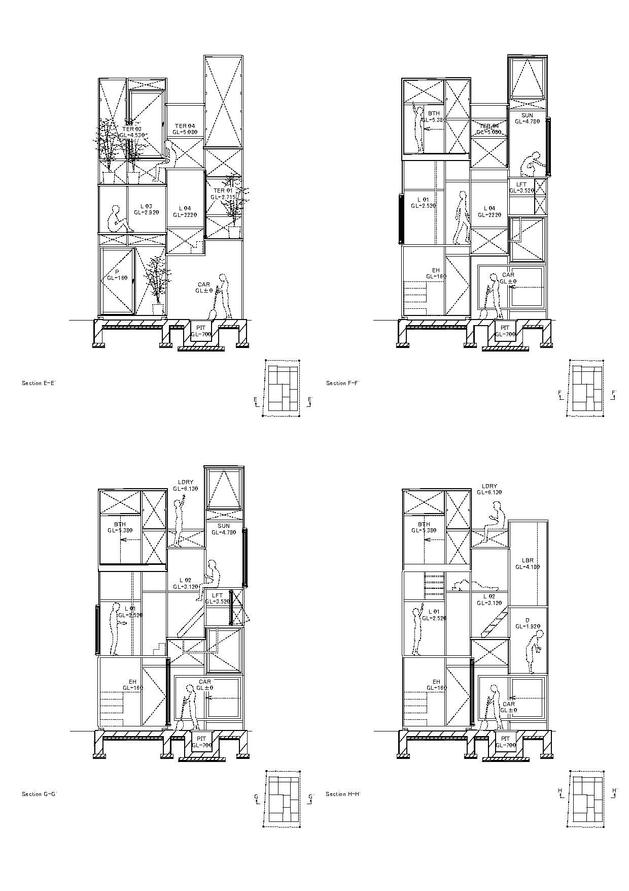 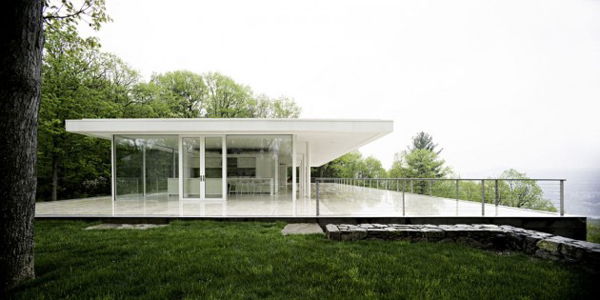 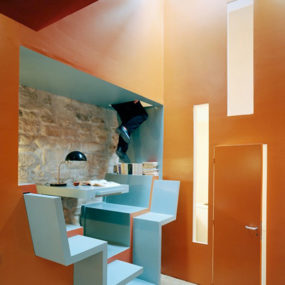