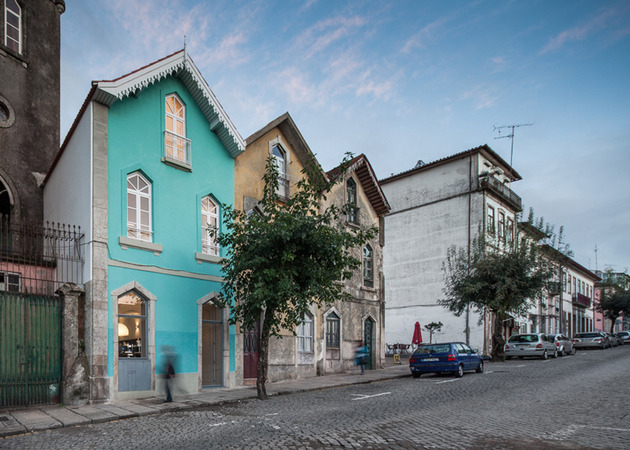 Some history is needed in order to understand this very peculiar architectural style, of Portuguese materials and proportions, but with Alpine chalet details. In the second half of the 19th century, many rich emigrants were returning to Portugal from Brazil, bringing along not only their wealth but also the culture and tastes of this melting pot of the time. The Three Cusps Chalet was built according to the devised model of an Alpine chalet, a very popular architectural style in 19th century Brazil. The characteristics of this style are the narrow proportions, tall windows, pitched roofs and decorated eaves. This project, confided for renovation to Tiago do Vale Architects, is part of a contiguous building made of three identical structures. The architects made it their mission to recover the building’s identity, which had been partially lost over more than a century of unqualified additions and interventions. The layout of the three floors is conditioned by the central position of the staircase, which divides the space into a right side ad a left side. While trying to restore the exterior as much as possible and bring it to its initial state, the interior of the house was cleared of unnecessary partitions and adapted to the requirements of a modern lifestyle. The owners needed to fit in both their home and their work place, so the obvious allocation of spaces was the street level floor for the office and the two upper floors for the private quarters. There is a hierarchy of spaces that grows more private as we climb up, culminating with the bedroom in the attic. 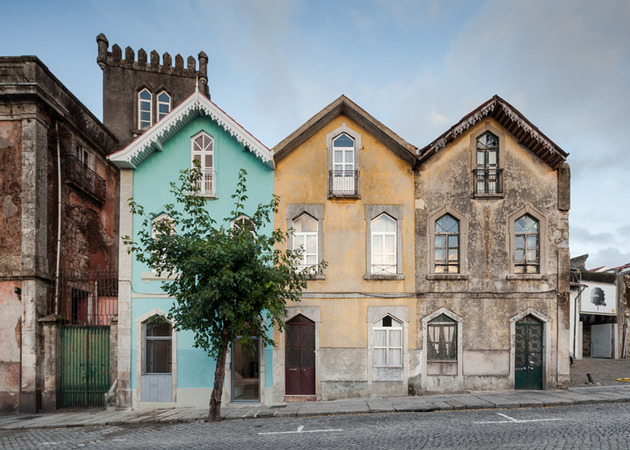 The facade was painted a pastel blue, a color quite characteristic of the times when the house was built, thus differentiating it dramatically from the other two identical contiguous modules of the chalet. 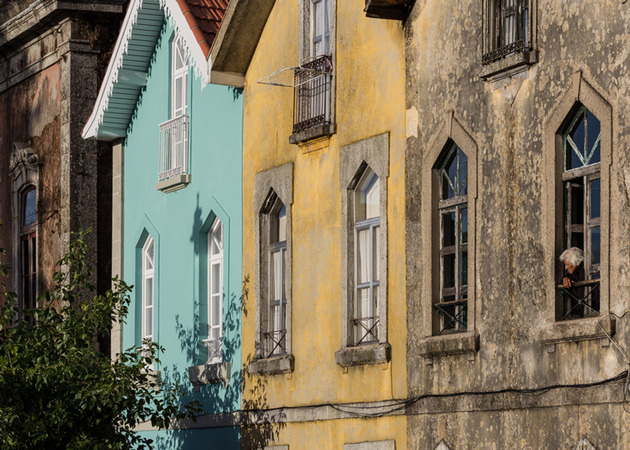 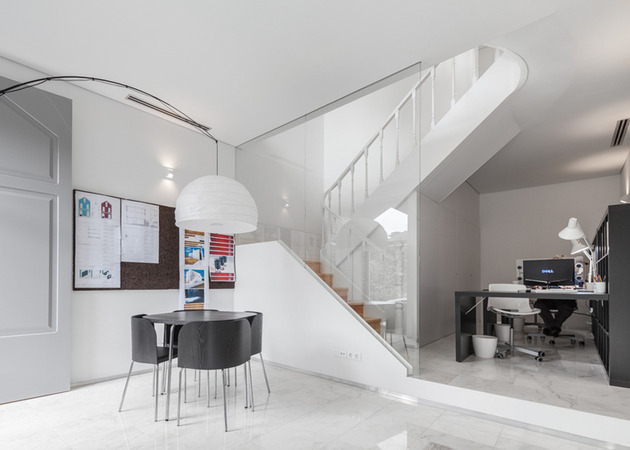 The work space is organized on the street level floor, with direct access from the sidewalk. The space is all white, with Portuguese white Estermoz marble covering the floors. The only exception to white is the are the wood stairs that bring up the private part of the house. 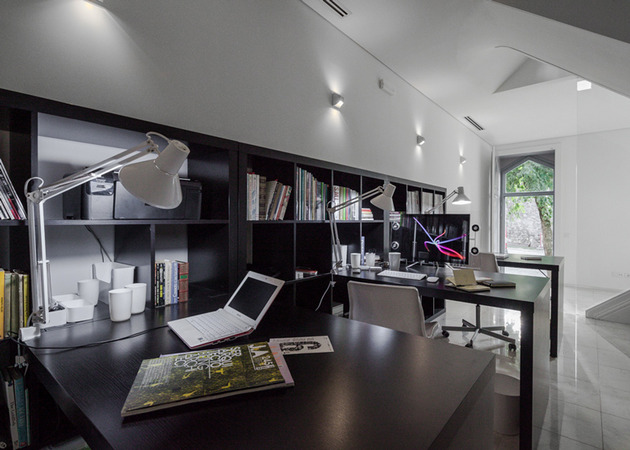 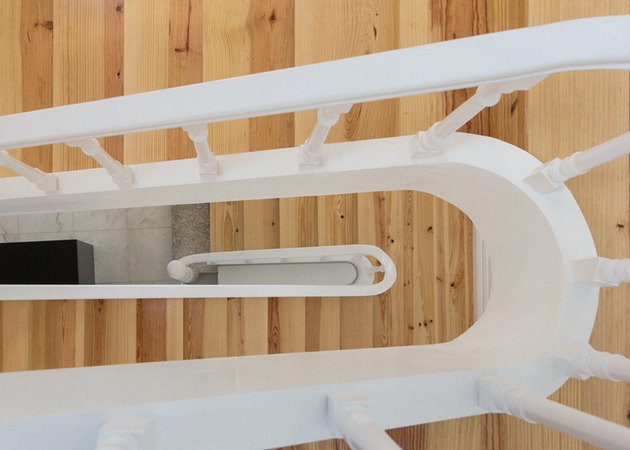 The staircase, which had previously been walled in on three sides, is now completely open, with on one side a glass wall going from ground floor to the attic. This way, the light can circulate freely from front to back and from side to side. 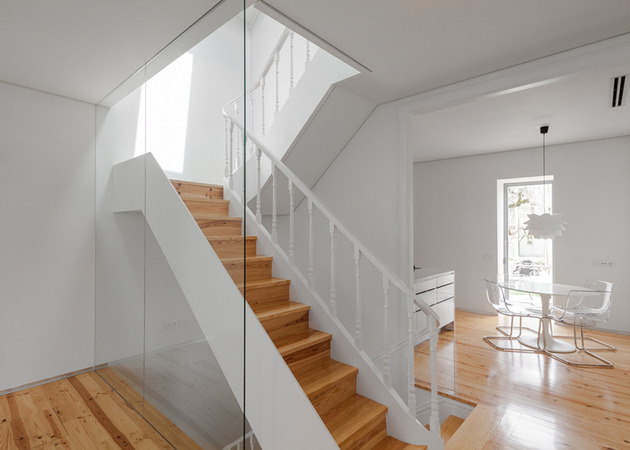 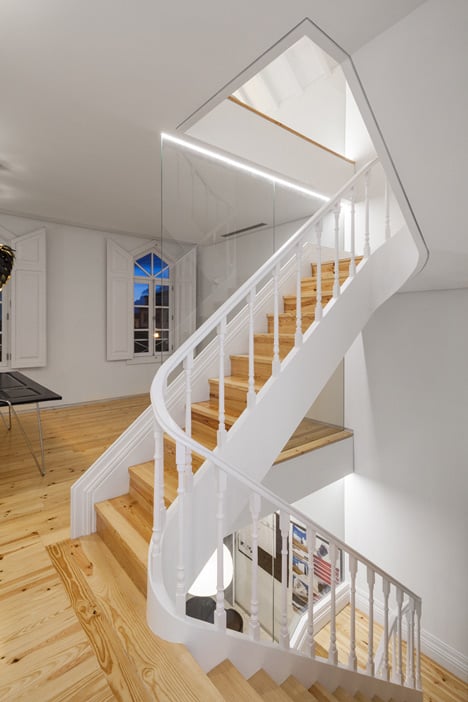 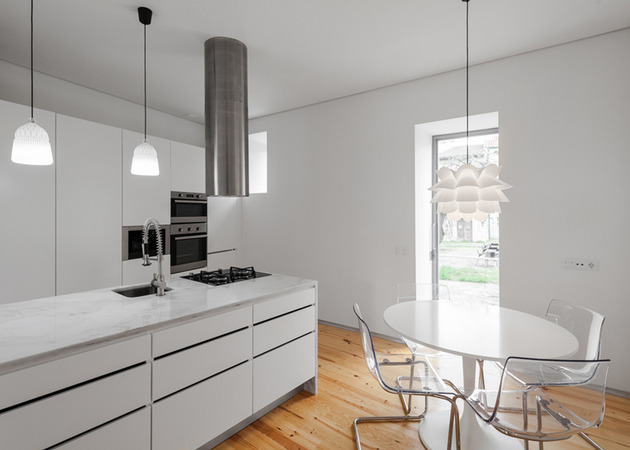 The first floor has the kitchen on one side of the staircase and the living room on the other side. The kitchen is at the level of the ground at the back side of the house, so a wooden deck could be set up in order to create a small outdoors terrace, as the building is deprived of balconies. 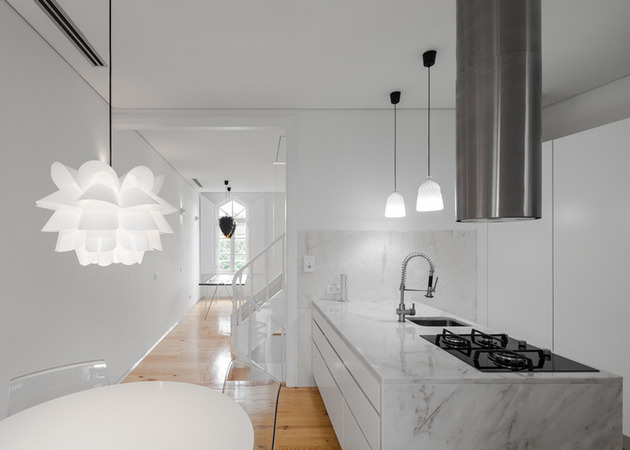 Keeping with the very neutral color and material schemes of the house, the kitchen has warm colored hardwood floors and glossy white cupboards. 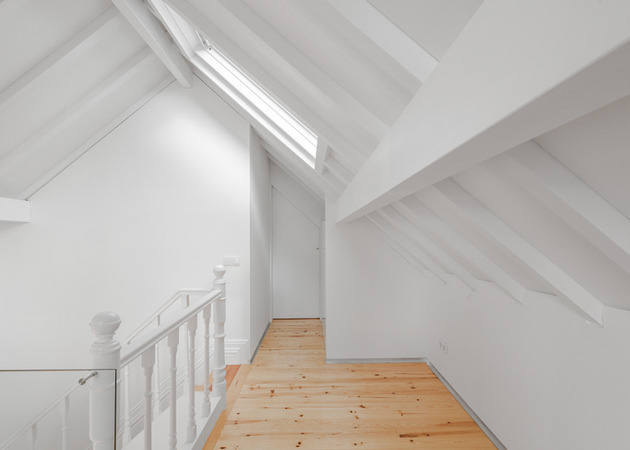 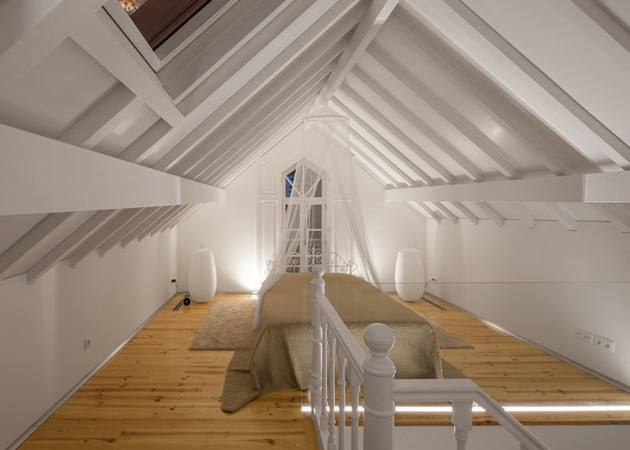 Going up to the attic bedroom, the stairs become narrower, emphasizing the level of privacy. The structure of the roof is kept exposed, but painted white, which gives more height and sophistication to the room. The simple bed is positioned centrally, and the white veil hanging from the ceiling gives it a further touch of intimacy and romanticism. 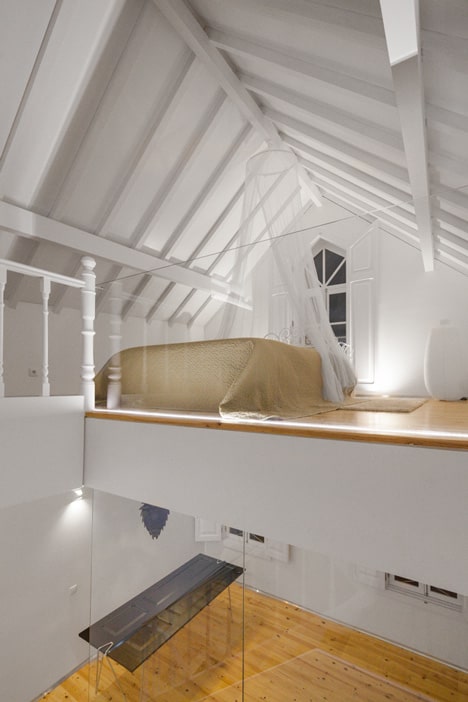 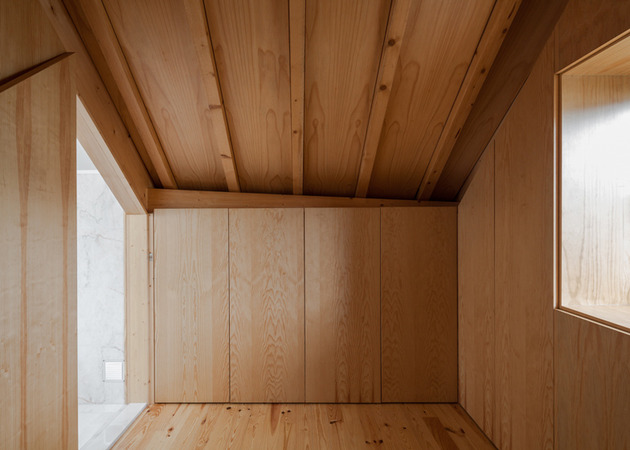 On the other side of the staircase, the walk-in closet is the only room of the house that doesn’t have white walls, but wood paneled ones, like the doors of the wardrobes. The closet contrasts both with the color of the room and with the whiteness of the marbled bathroom. 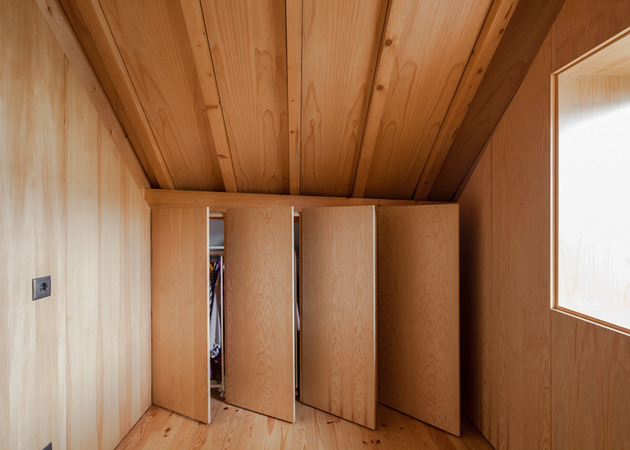 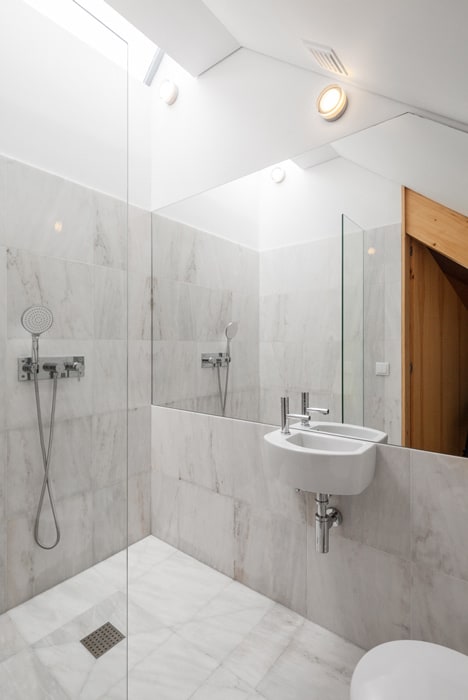 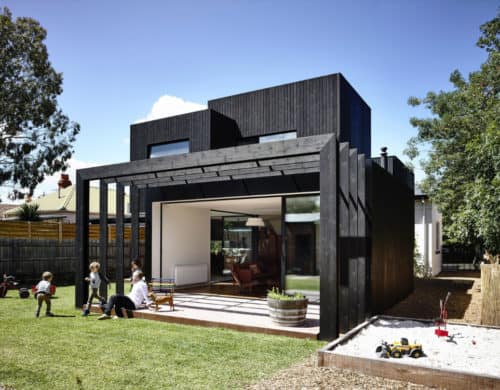 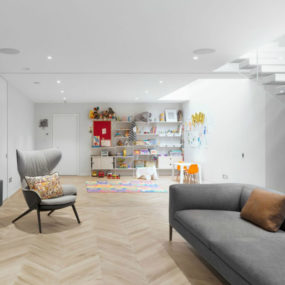 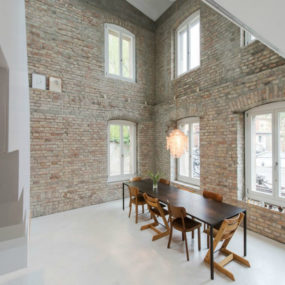 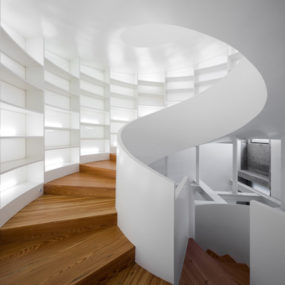