The Squish Studio designed by Canadian architect Todd Saunders (his practice is based in Norway) brings Canadian and Nordic architectural styles here to the humble hotspot of Fogo Island, Newfoundland. As one of the stops along “iceberg alley,” this coastal community, though small (the 2006 census counted a population of just 2,706 people), clearly had a big influence on the cottage design. With jagged, majestic icebergs as part of the coastal landscape, it’s clear what the inspiration was for the shape.

The building almost looks like it’s been dropped on site, perched precariously with waves crashing all around it. Set right on the rocks with the North Atlantic lapping at its feet, the white structure features a sharp, angular roofline that stands out against the liquid horizon. 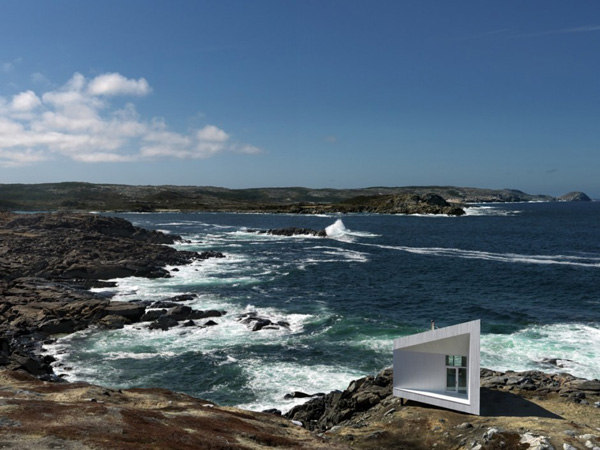 A large sheltered deck leads you inside, where minimalist interiors are finished in a clean, white palette from top to bottom. Wood paneled walls, ceilings and floors seem to recede into the background, letting a black iron fireplace take center stage. Built-in shelving and nooks are a great place to store books and mementos. 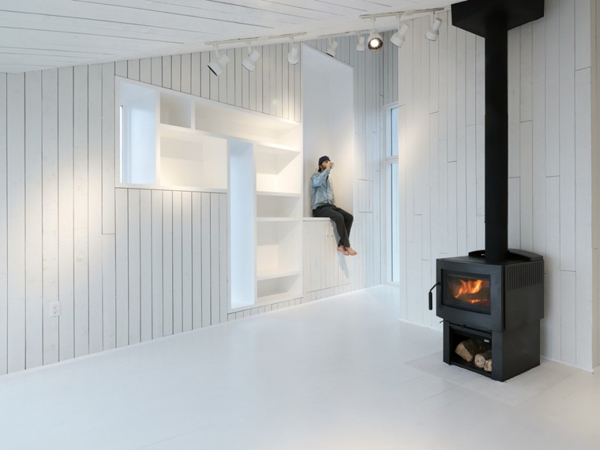 Floor to ceiling windows frame the views beautifully. The architect certainly knew what the focal points here would be, but the architecture complements every part of the design – the building itself and all that surrounds it. 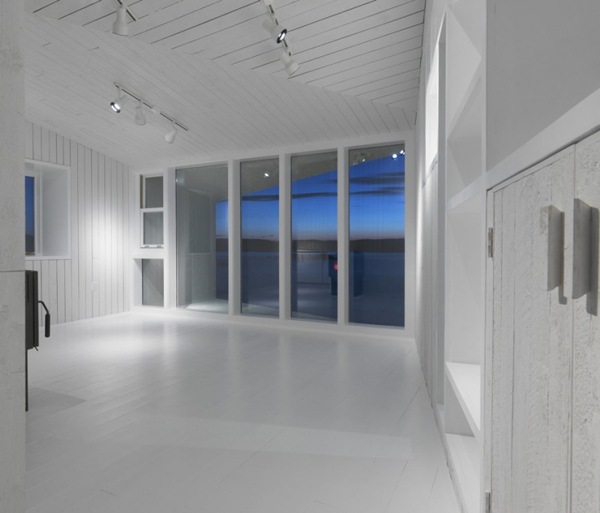 “Led by a strong contemporary design sensibility, the studio believes that architecture must play an important role in creating place, using form, materials and texture to help evoke and shape memory and human interaction.” (Saunders Architecture) 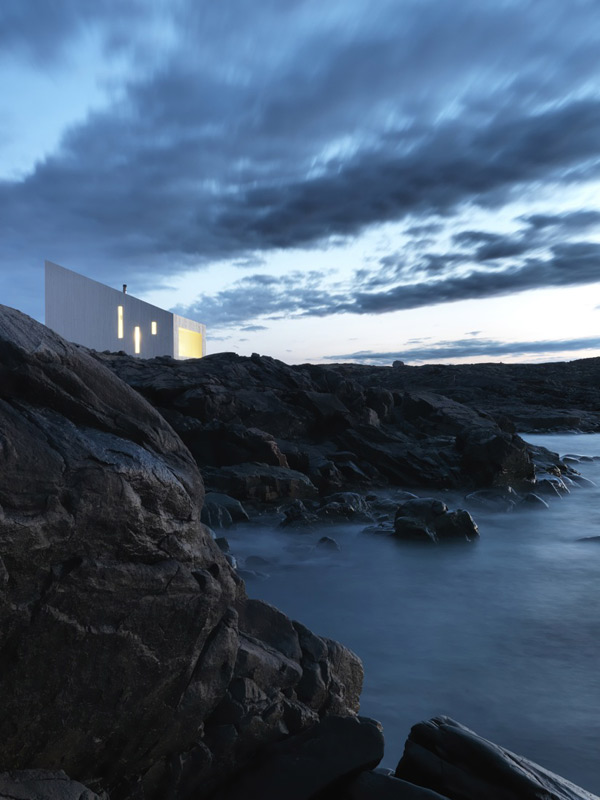 By night, when glowing from within, this home is a magical sight. 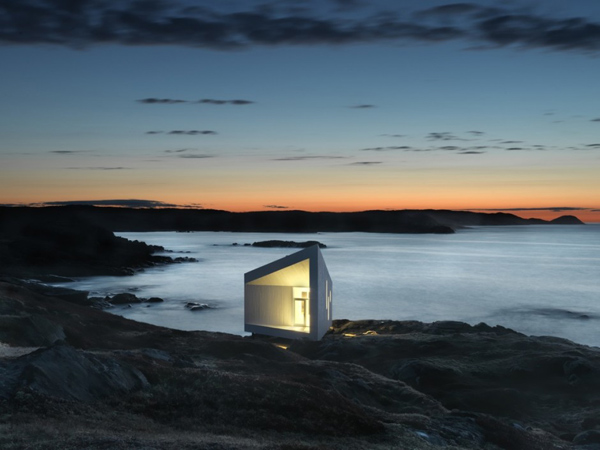 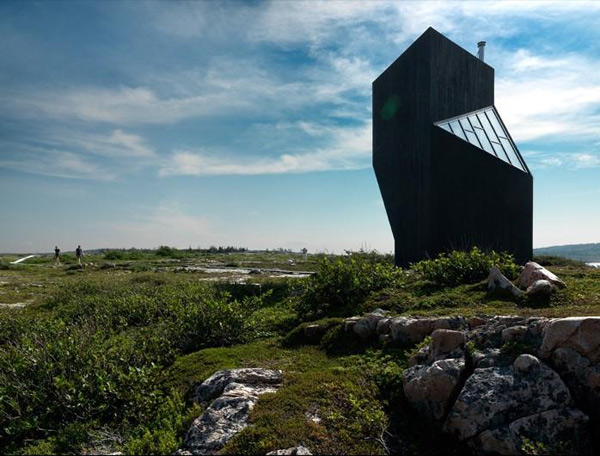 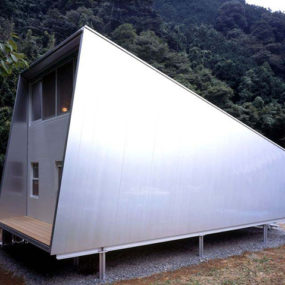