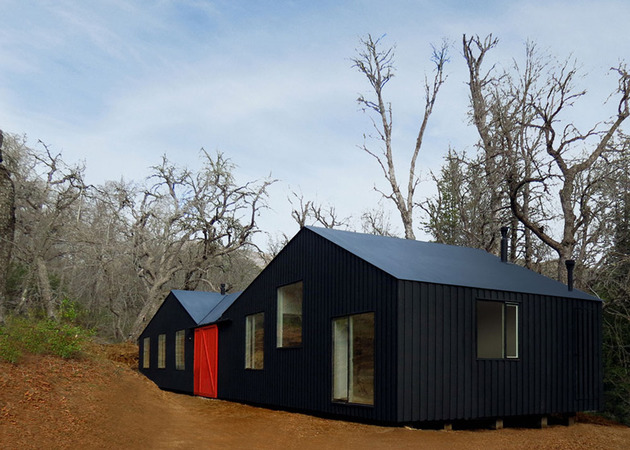 Set high within the mountain lands of Chile, this family house utilizes the influence of local utility buildings in utterly unique ways. Envisioned by Mapa Arquitectura, the house is structured around two large wings with a contrasting design philosophy present in each. Within two main shed-like volumes which are connected by an indoor-outdoor greeting space, the main living room of the house soars high and wide while its private rooms are intimate and private. Small individual sheds within the larger structure make up bedrooms and bathrooms, with aged finishes used throughout to invoke traditional comfort. Each module has its own furnace, allowing every person within the house to function autonomously and control their environment. On the other edge of the house, the open living room has space to host dozens of guests, and its large fireplace becomes a focal point during night and winter. With modules and sheds used in novel ways, the house successfully balances large-scale community with the need for privacy at home. 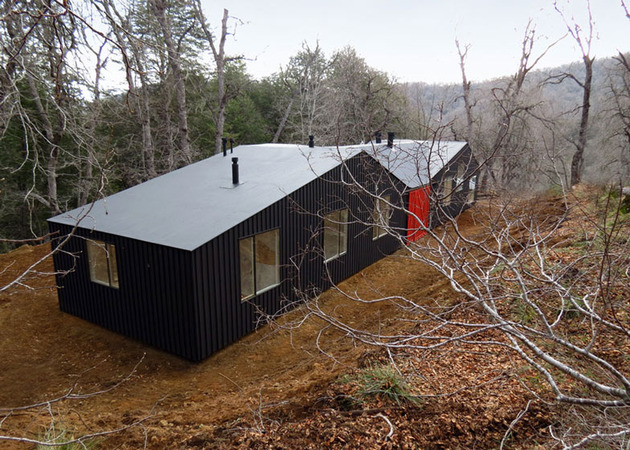 The exterior design of the house is based upon that of large-scale agricultural sheds and barns that dot the local landscape, with wood-clad sides imitating the appearance of metal. The windows throughout the home help distinguish it as a private residence, as does the unique black and red color scheme. 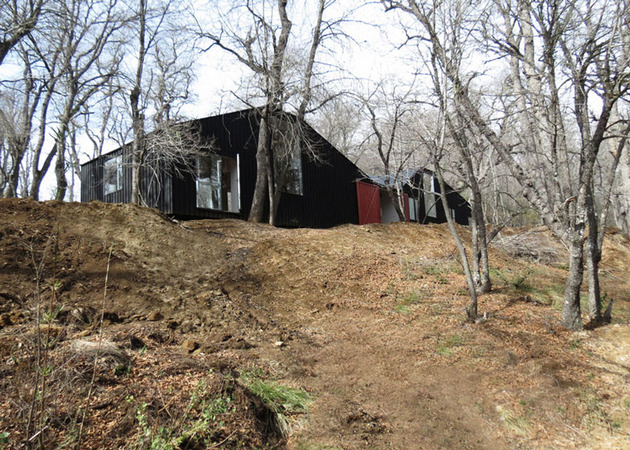 The lot the home occupies is surrounded by a forest of historic mountain trees, and great care was taken to preserve the integrity of the site. The house was built in a natural clearing instead of cutting down trees, leading in part to its long, narrow shape. 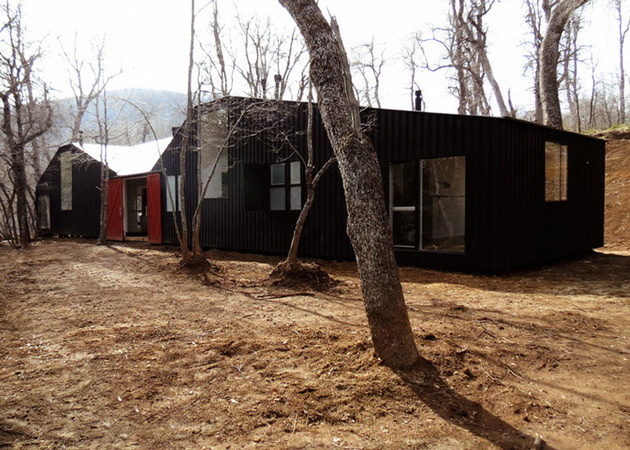 On either side of the red main entry doors, a separate wing of the home unfolds. One half of the house is taken up by a single vast living space with unobstructed ceilings, while the other has a lowered ceiling and hosts private bedrooms and bathrooms. 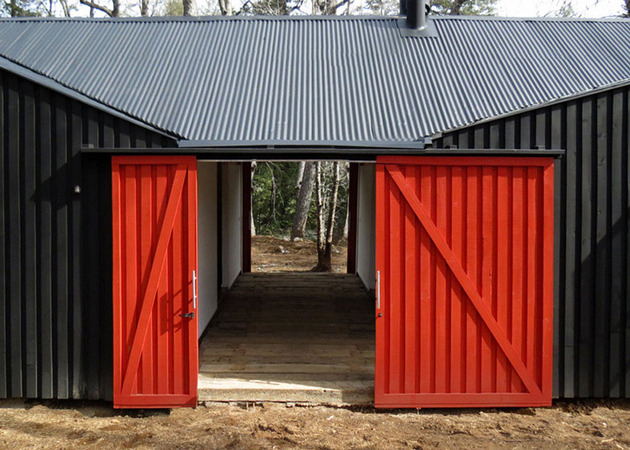 Like the rest of the building, the main doors are styled after common features of pole barns and sheds. The space inside the doors on either side creates an indoor-outdoor buffer zone between public and private rooms, uniting each section while still distinguishing one from the other. 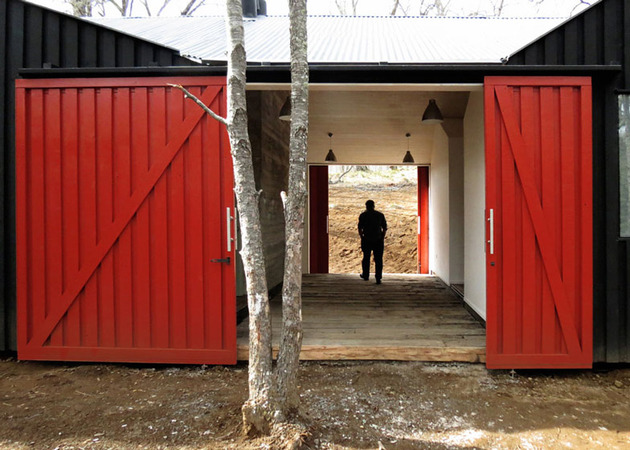 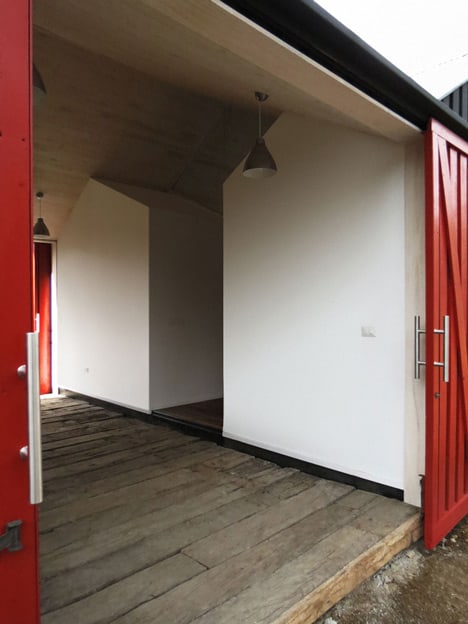 The private section of the residence contains a number of further freestanding structures built inside, modeled after the structure personal garden sheds. The flooring of the home’s transition space is rough-cut wood planks, meant to signify the rugged outdoor side to the area. 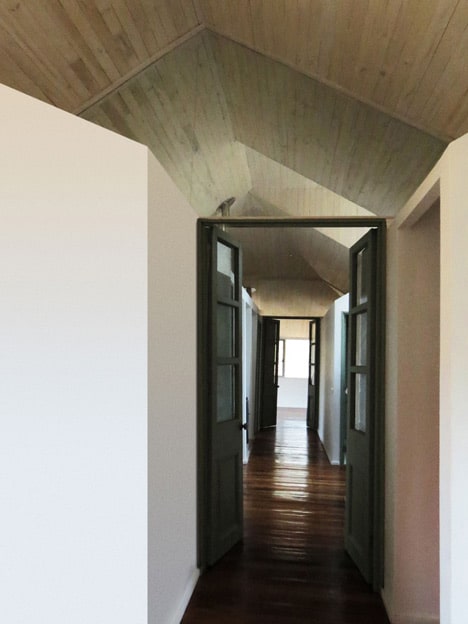 The two rows of freestanding shed rooms inside the private wing of the house create a central hallway, with two sets of traditionally-appointed doors providing further separation within. 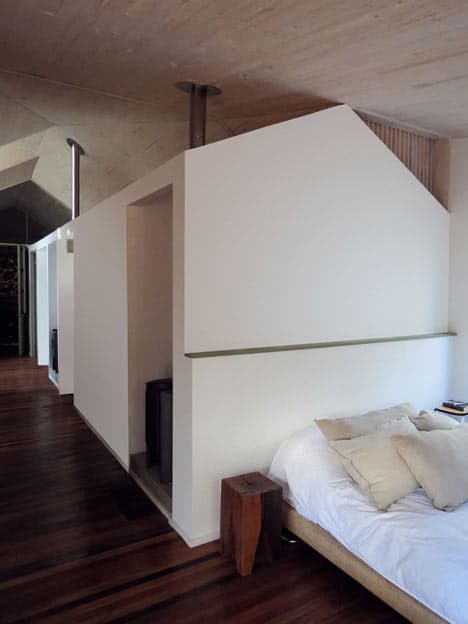 Each small room on the bedroom side of the hallway is individually heated, with the whole makeup of the home focused around individual temperature control for each resident in each room. This feature also enhances the privacy of each room, and heightens the sensation of living within a modern barn. 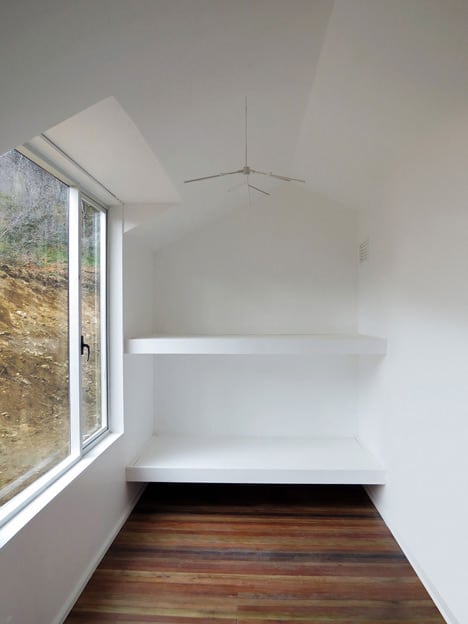 Each bedroom module has its own window, intersecting with the exterior of the house. 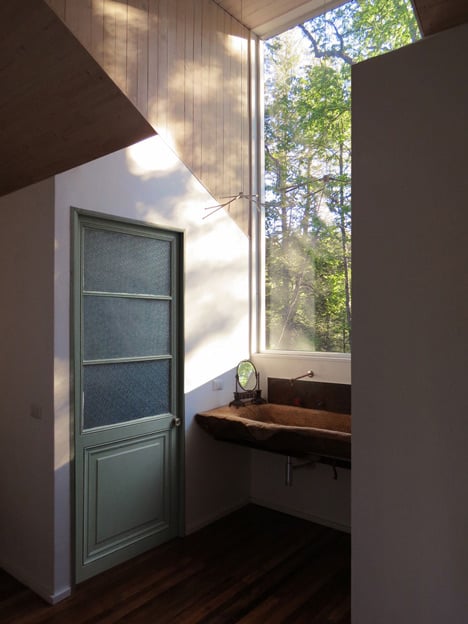 Along the bathroom edge of the building, the private wing’s largest window, gives a forest view to anyone washing their hands. As with elsewhere, aged and antique materials are used to instill an established feeling into the architecture. 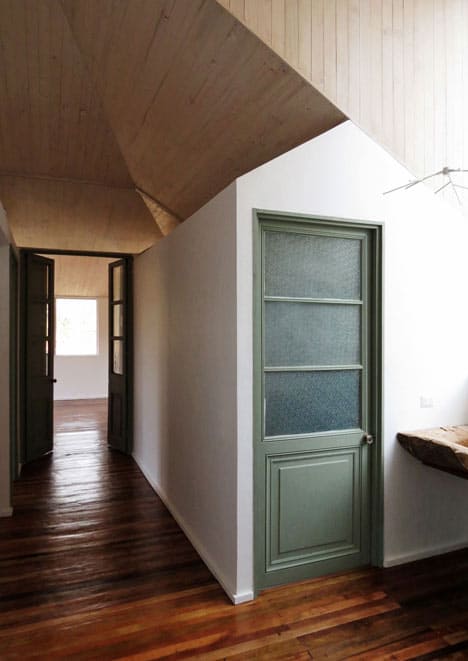 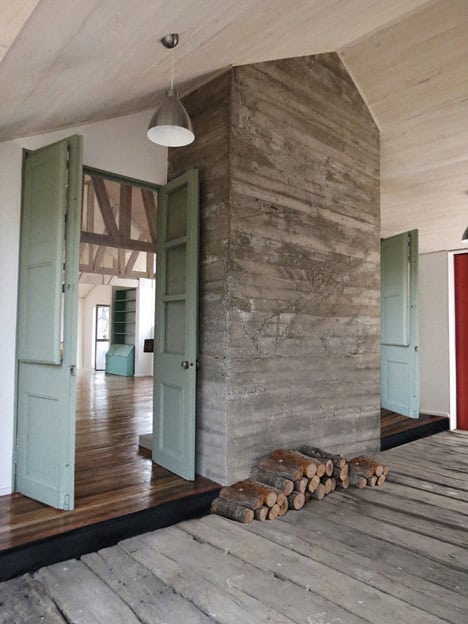 The second wing of the house shares much of the same exterior architecture, but only a small few of its interior details are the same. Aside from the common flooring material and antique doors, it would be hard to assume that the living room and bedrooms are even part of the same home. 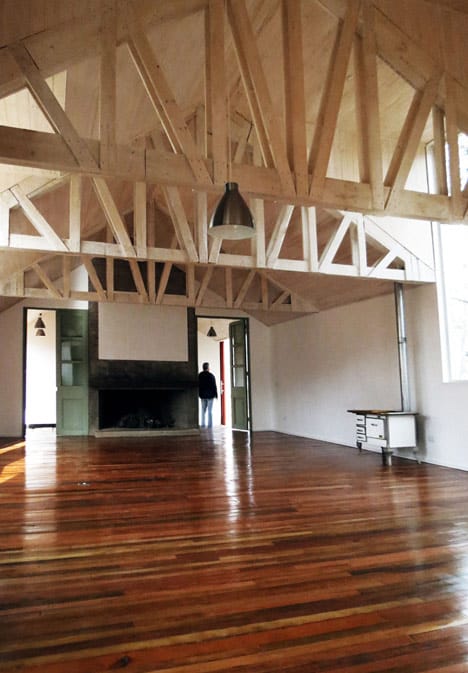 The space of this wing is almost more deserving of the term “meeting hall” than “living room”. Here, the ceiling opens up fully to show its wooden supports all the way to the top, and the shed modules are done away with in favor of one communal gathering place.
Mapa Arquitectura 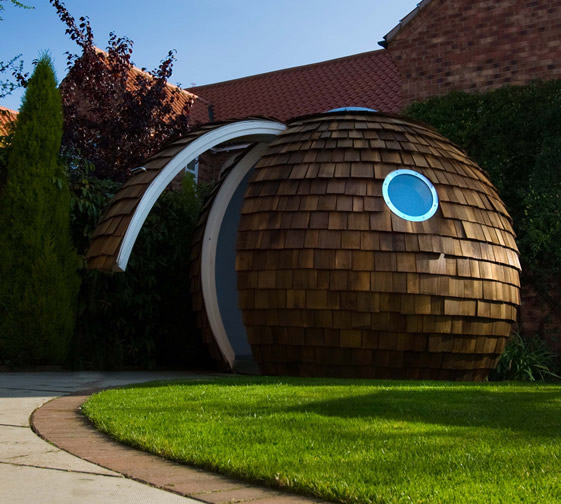 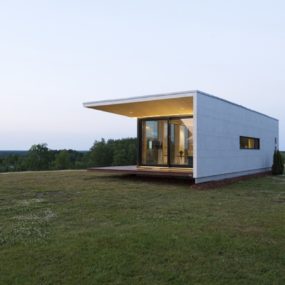 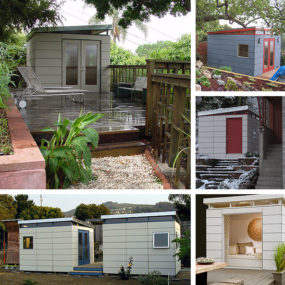 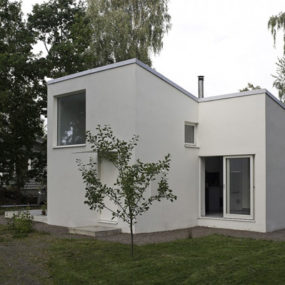