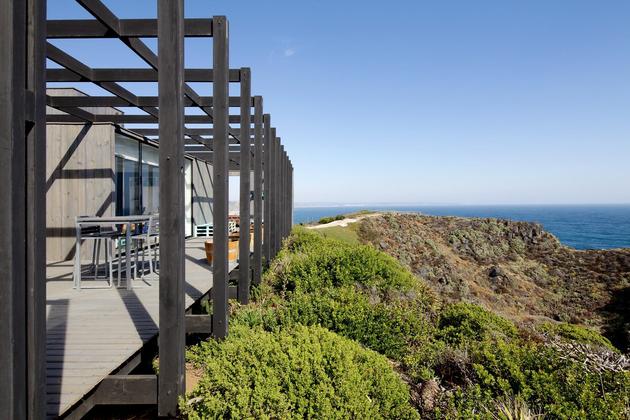 When you build a home on top of a very remote bluff and you don’t want to level out the terrain beneath it, it can be a good idea to think outside of the box when designing said home and that’s exactly what Masfernandes Arquitectos did. They not only thought outside of the box, but they built outside of it as well, forming a cage to hold Tunquen House above ground level and while doing so give it extra structural strength so that it can withstand the winds of the “Punta de Gallo” cliff. 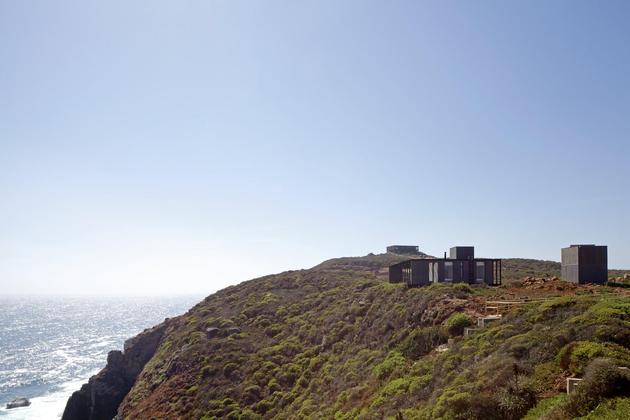 The site of the Tunquen House is high above the sea on a bluff with no protection from the winds. Located in Tunquen, Valparaiso, Chile, the site is about as picturesque – and remote – as you can get, but the trade off is the need to work with the location specifics rather then against them. 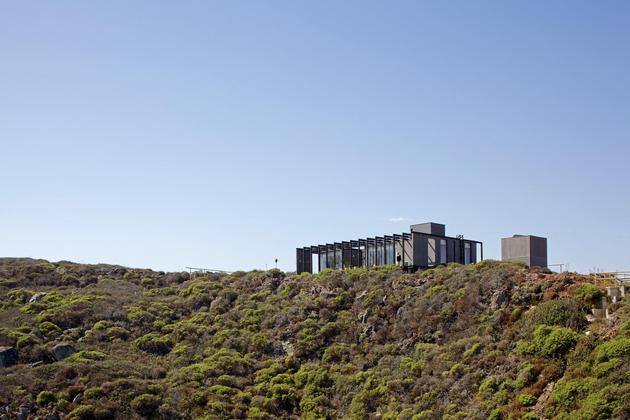 Although Tunquen House presents a simple and honest profile from the distance, the closer you get the more complex it starts to become. 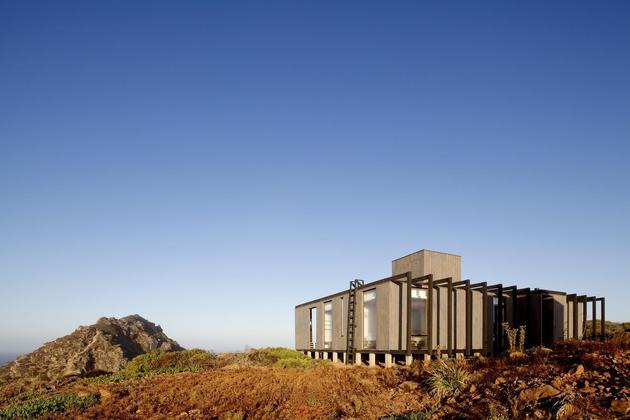 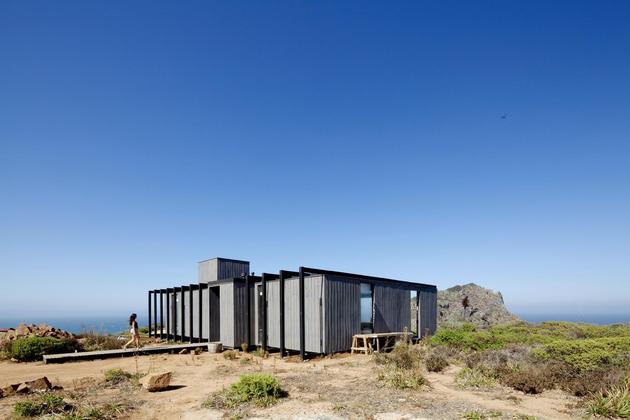 A ramp creates the entry access and like the home itself, the ramp is elevated above ground level. 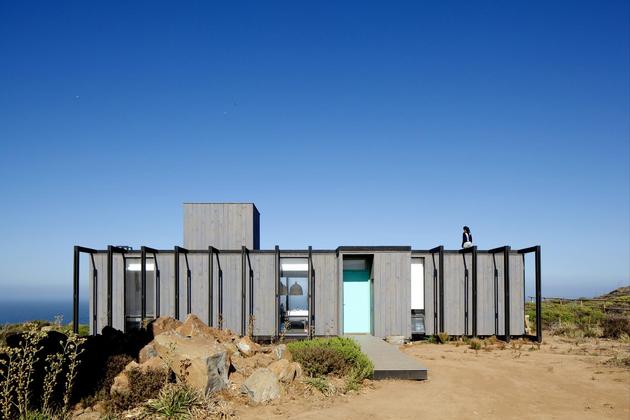 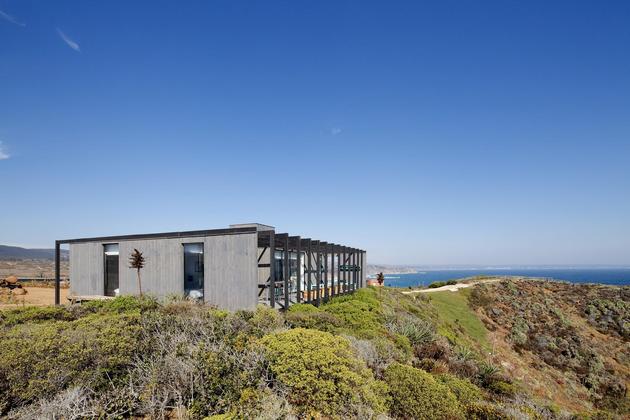 While the front and back of the home feature the rib cage framework, the sides are completely exposed. 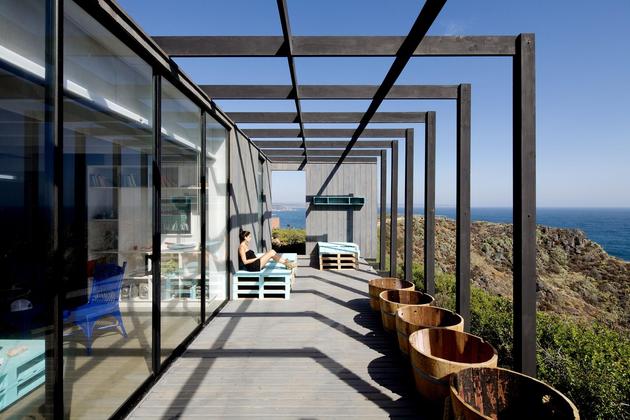 The terrace overlooking the expansive ocean views is deep enough for outdoor lounging or dining and with the side walls continuing to the edge of the deck there is even room to hang shelving. 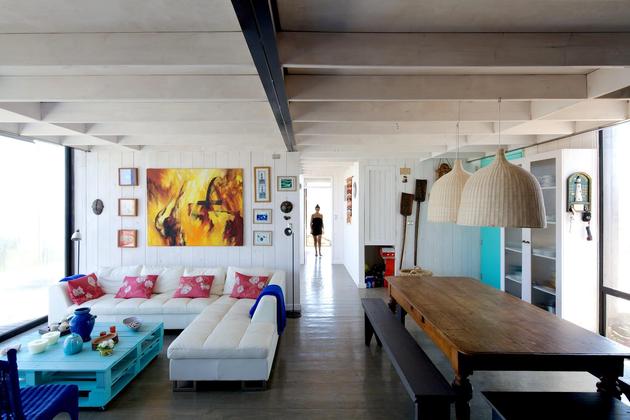 Inside the home there is a continuation of exposed beams only this time they have been painted white. 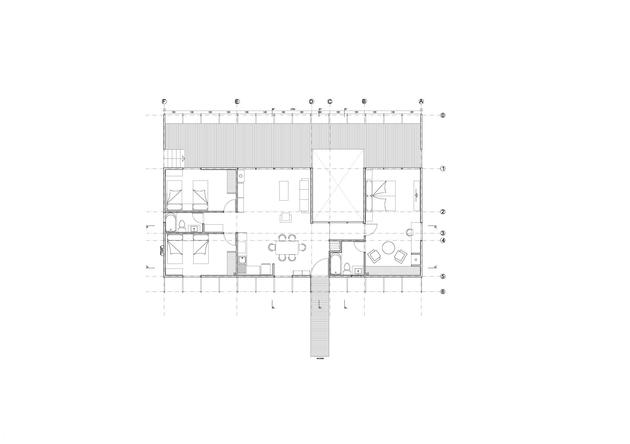 The interior walls are arranged according to the grid of the post and beam caging and that void within the footprint on the terrace side – that’s where the Jacuzzi is. 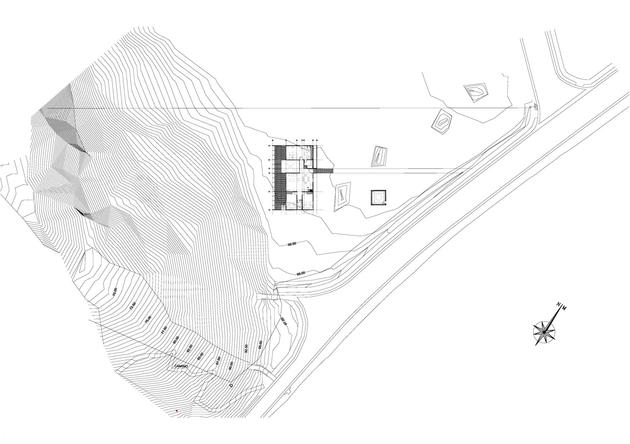 There is even a trail that leads down to the ocean. 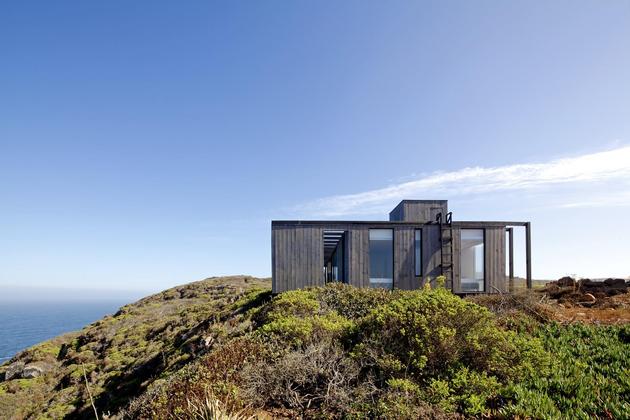 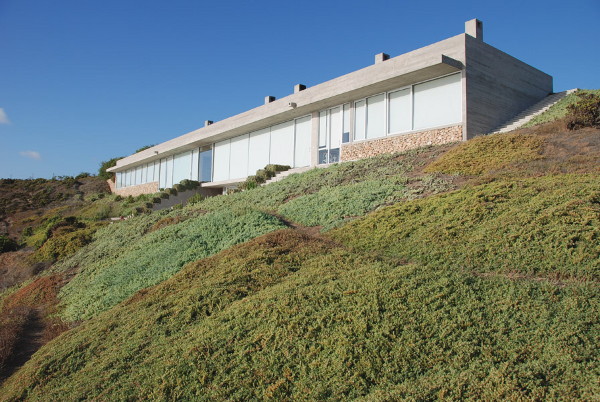 Coastal Home Design has it all: ocean views, beach and hidden garden! 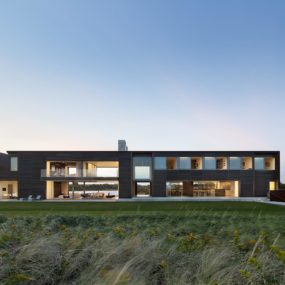 Home Sandwiched between Pond and Ocean Maximizes Views and Boundaries 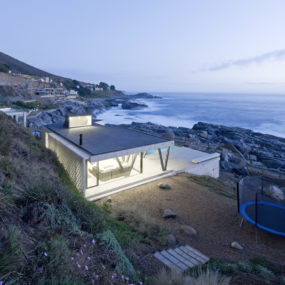 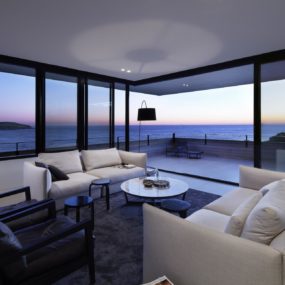 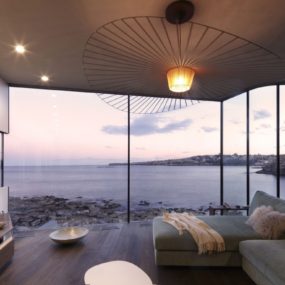 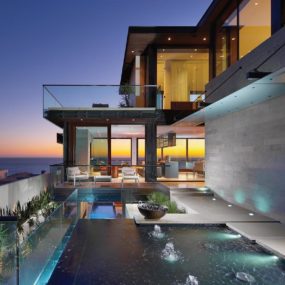 Coastal Home Design has it all: ocean views, beach and hidden garden!

Home Sandwiched between Pond and Ocean Maximizes Views and Boundaries